Things are looking up at Arsenal with their first win of the season recorded at Vicarage Road yesterday and they all but announced the signings of Shkodran Mustafi and Lucas Perez.

What better time to release some more matchwear? 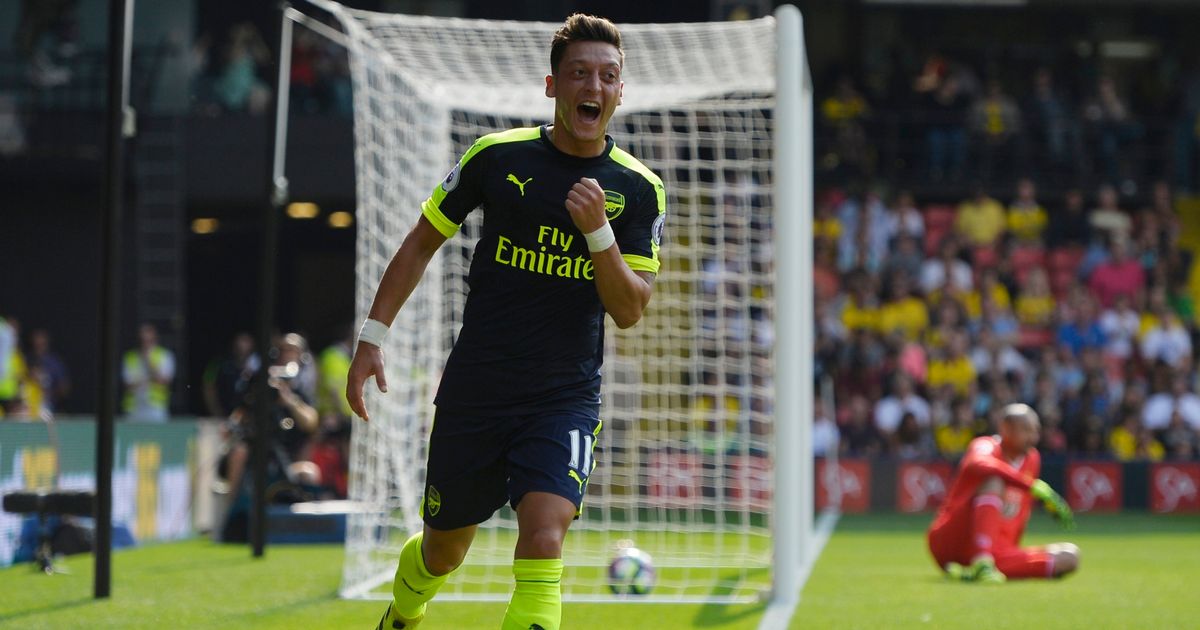 Introducing the new season Arsenal pre-match kits. Based around standard Puma templates, the Gunners have added some design tweaks which make the kits bespoke.

This is the pre-match shirt Arsenal will wear this season at home games: 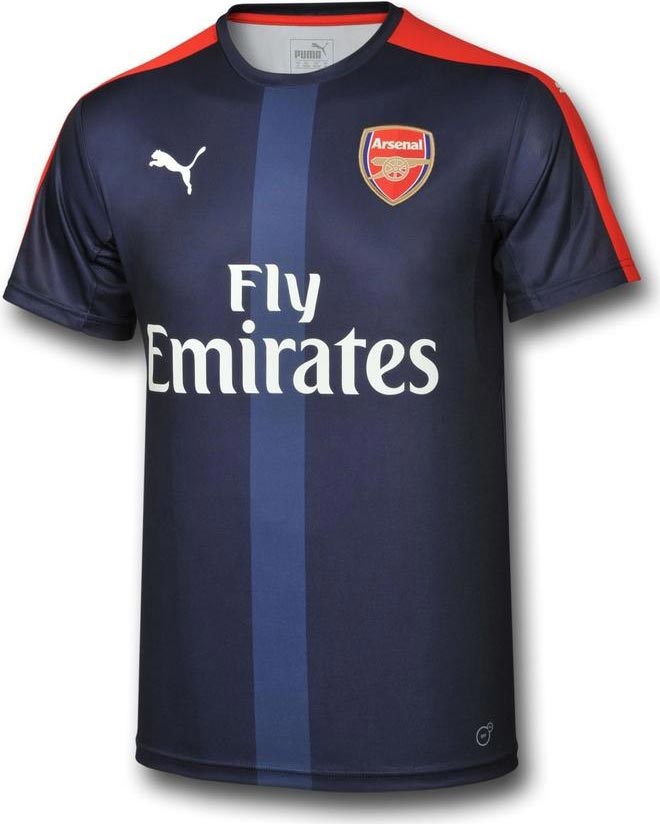 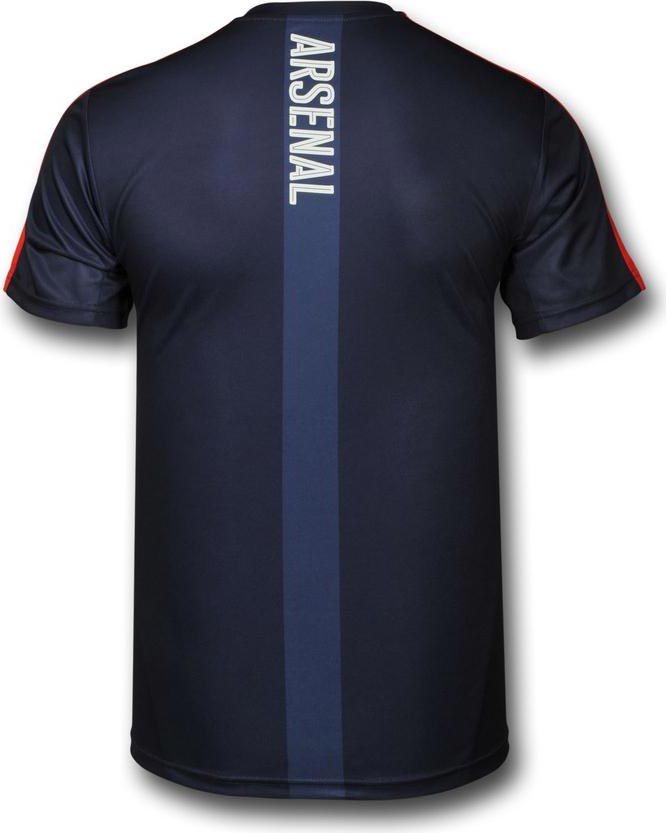 The navy blue shirt matches the colour of the third kit worn by the Gunners this season.

In place of the neon trims, this pre-match shirt features red shoulder panels, which include Puma motifs.

On the front and back are central lighter blue stripes. The stripe on the back of the shirt features the club’s name in this season’s Puma font.

This is the pre-match shirt Arsenal will wear this season at away games: 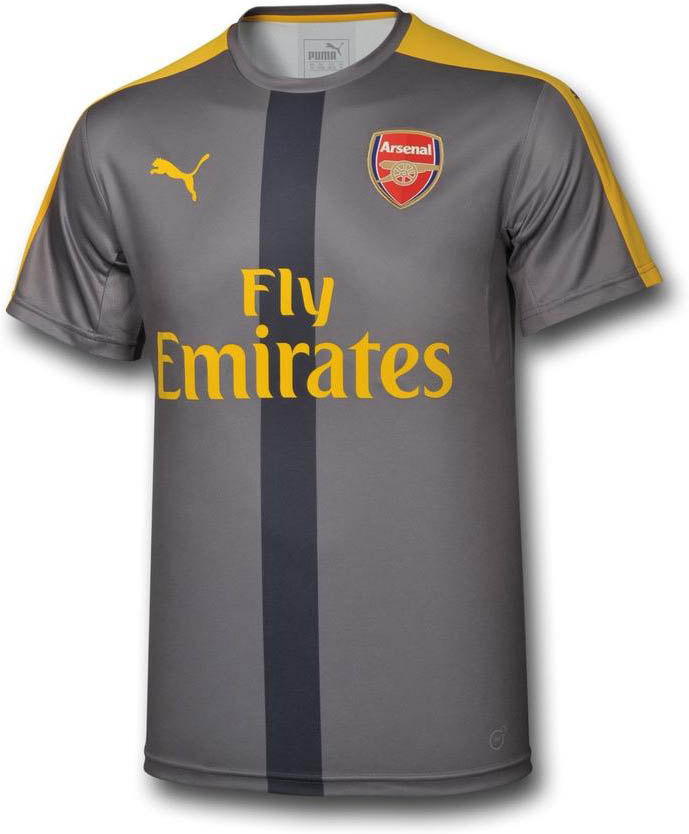 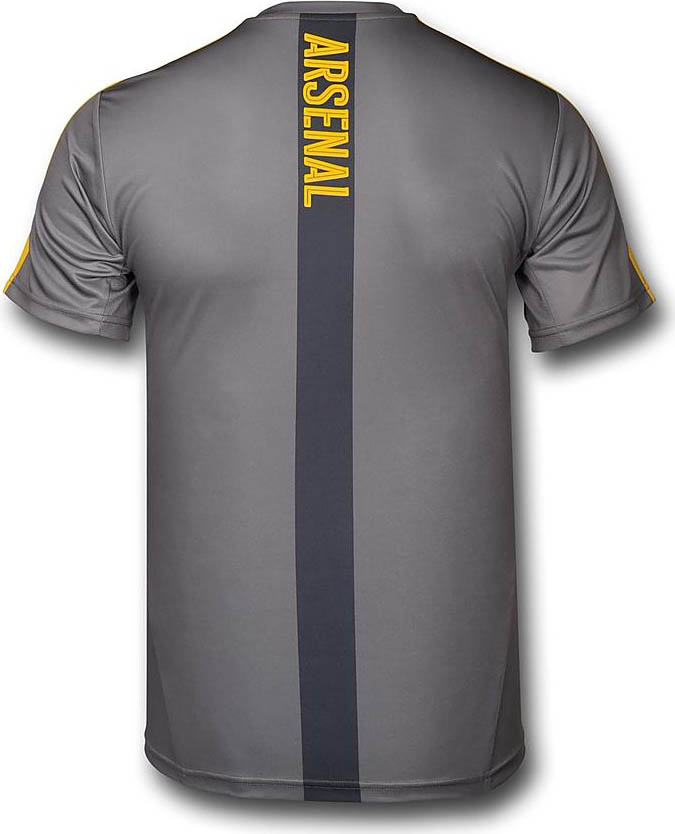 The short-sleeved top is in steel grey with spectra yellow shoulder panels. The away top follows the same design template as the home training shirt, this time with blue stripes.

The text in the back stripe is in yellow whilst the stripes themselves are the blue of the home shirt.