Ligue 2 champions, AS Nancy-Lorraine, debuted their 2016/17 home kit in the final league match of the season against Tours. 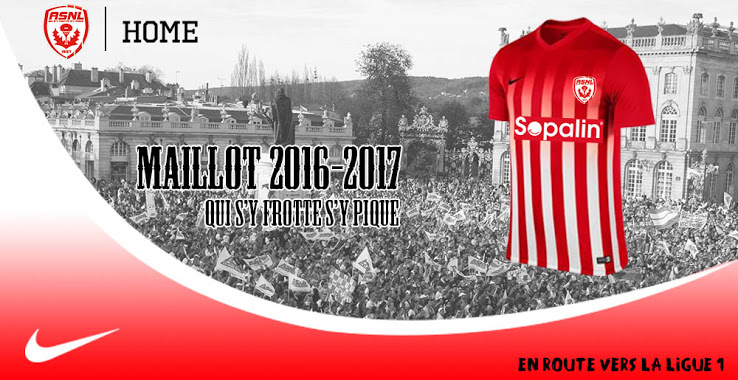 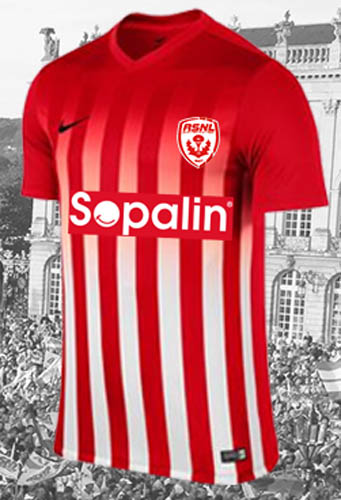 The kit got off to a winning start as it was debuted in the 5 – 2 win over Tours. It’s the fifth time that Nancy have won Ligue 2 with their only other domestic honours being the Coupe de France in 1978 and Coupe de la Ligue in 2006.

It’s an unusual take on red and white stripes. The sleeves are solid red whilst the shirt starts at the top in the same vein before fading into a white background with the red stripes becoming more visible.

The logo of main sponsor, Sopalin, acts as a breaking point with clean red and white stripes running down to the waistline. 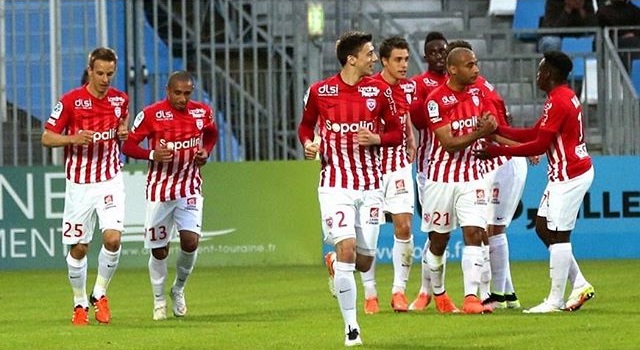 The kit is finished off with white shorts and socks.

Les Chardons triumph will no doubt please their former managers, Arsène Wenger and Aimé Jacquet, whilst bringing a ray of sunshine through the dark clouds over their most famous alumni, Michel Platini. It was his goal in the 1978 cup final which gave them victory over OGC Nice.

Congratulations to ANSL on their triumph and good luck with the new season and kit.