AS Roma continued their 90th anniversary celebrations with the release of their new 2016/17 away kit.

It’s been a good summer for Italian club kit designs and Roma continued that theme. 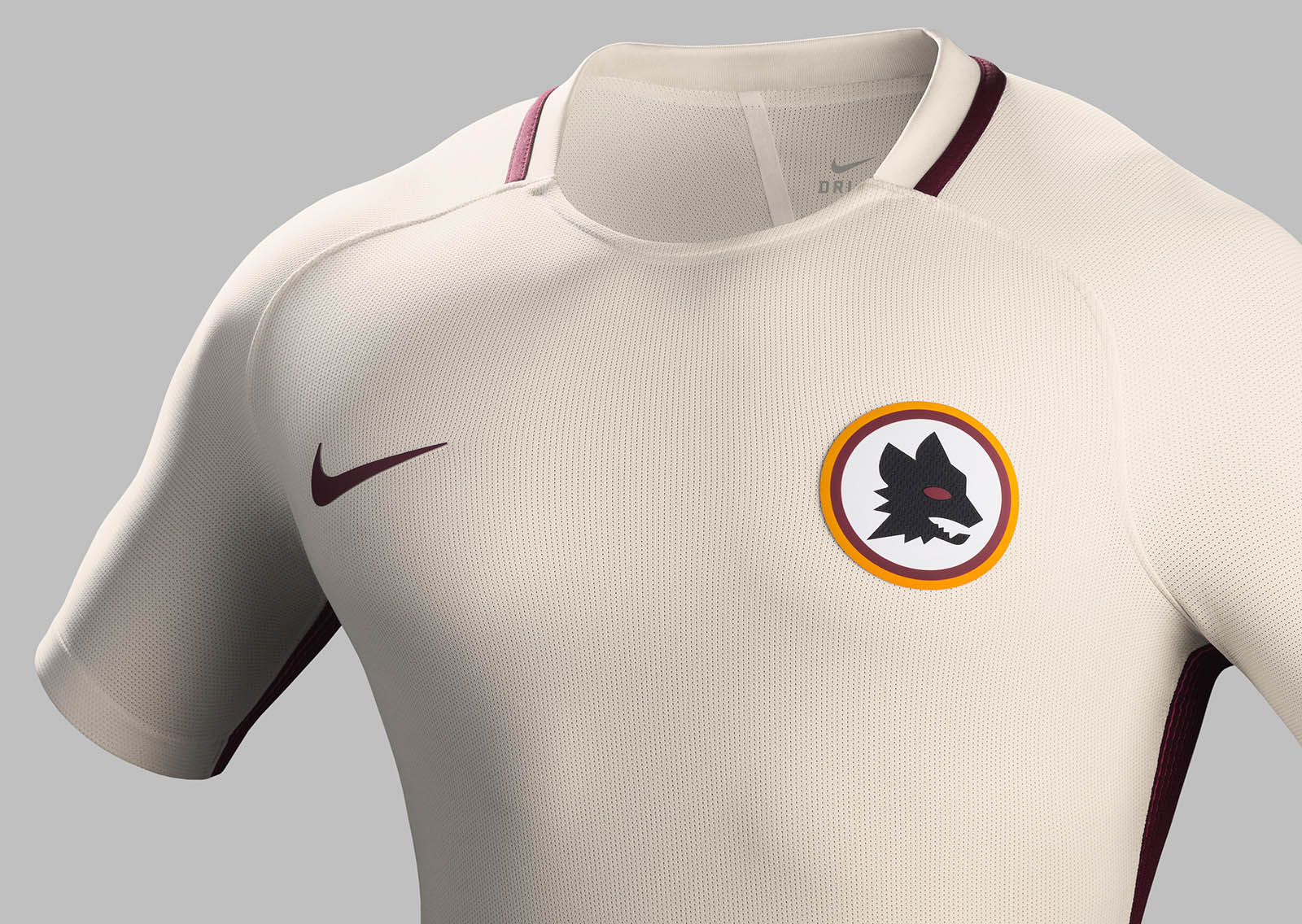 This is the kit Roma will wear on their travels next season: 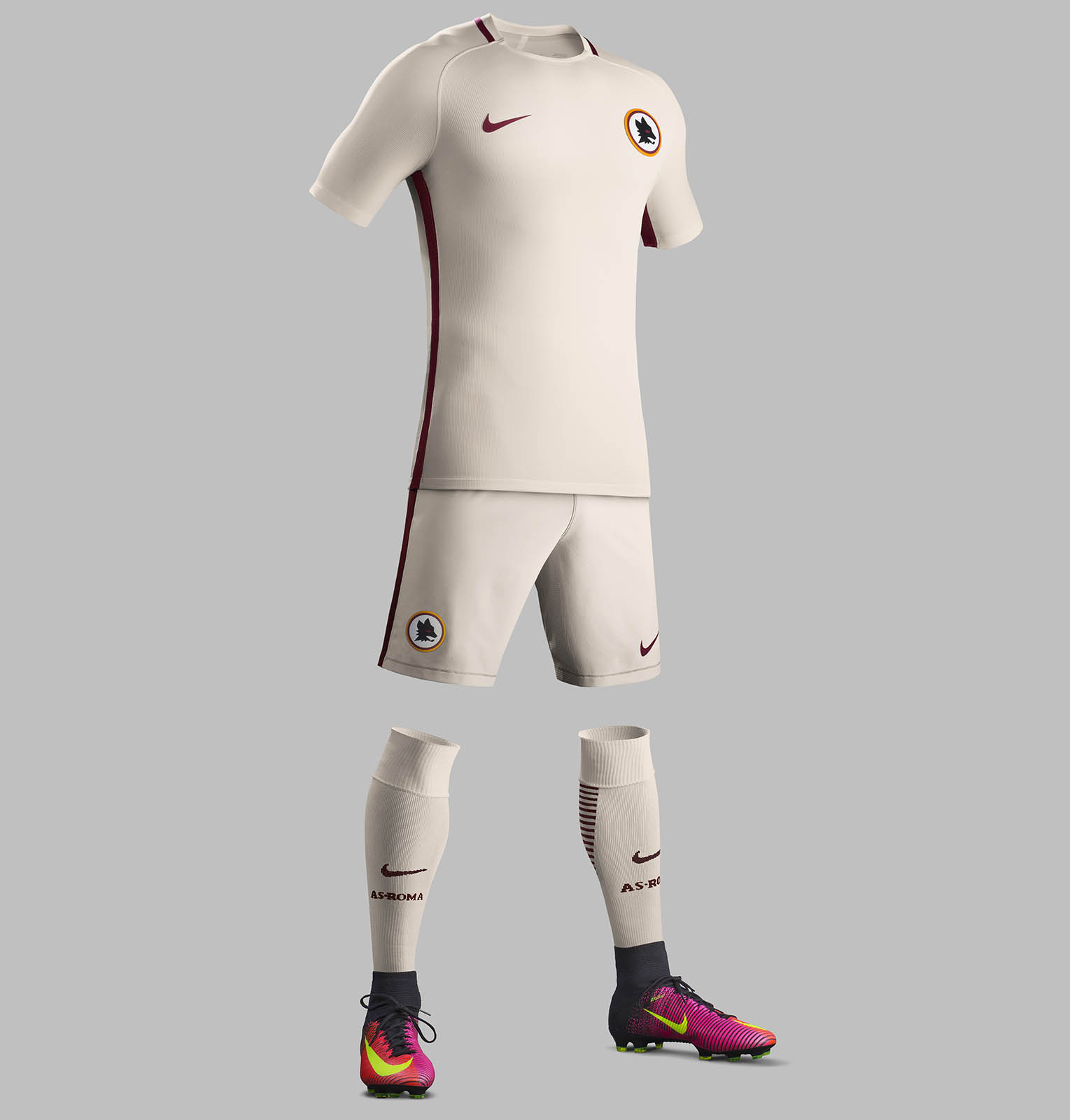 Predominantly all-white, Nike have eschewed the 2016/17 template for the Serie A side this season. Contrasting colours have been the vogue for Europe’s big clubs, as well as the international scene.

Roma have bucked the trend with a simple, classic look. The maroon trim is kept to a minimum whilst the club’s yellow is only found on the outer ring of the badge.

The collar is a simple white neckline with a maroon band running from the collarbone on either side around the back. Travelling down the side of the shirt is a maroon stripe, meeting a similar stripe on each leg of the shorts.

White socks complete the kit, with the Nike Swoosh on the front.

In common with many of Serie A’s teams, Roma don’t have a shirt sponsor and the absence of logos gives the shirt a clean look. It is a significant factor in marking the design as a football classic.