AS Roma, whose usual kits are among some of the summer’s most stylish designs, wore a commemorative kit yesterday when they faced Argentinean side San Lorenzo, in a friendly. 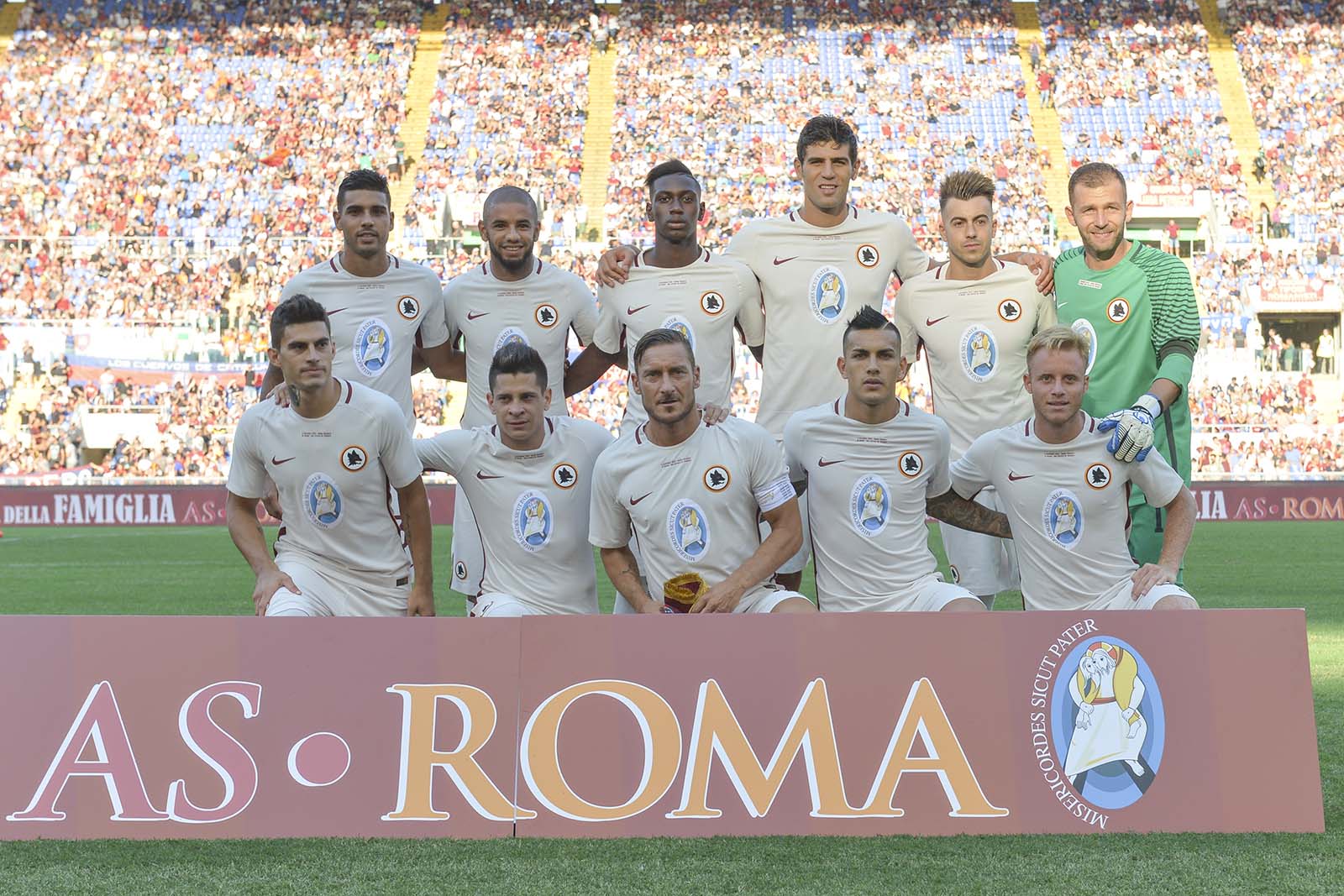 The match was part of the Family Festival – ‘Festa della Famiglia‘ – organised by the club, with the backing of the Papal council. The festivities were part of the R0man Catholic church’s year-long Extraordinary Jubilee of Mercy.

AS Roma Commemorative Kit For The Festa Della Famiglia

This is the shirt which the Giallorossi wore in yesterday’s friendly: 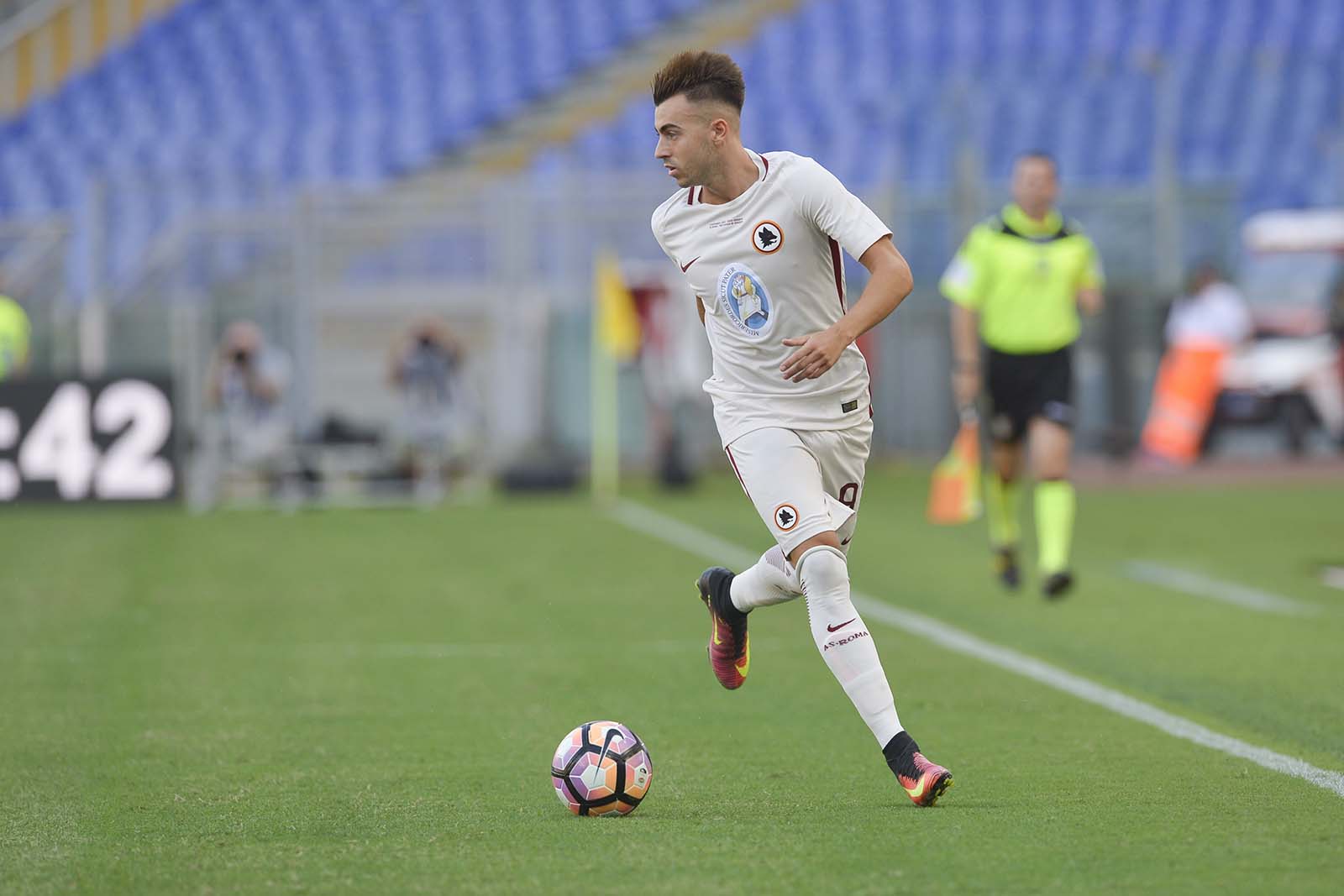 Based on their current season away kit, the shirt featured a celebratory logo and noted the date and opponents in embroidered text. 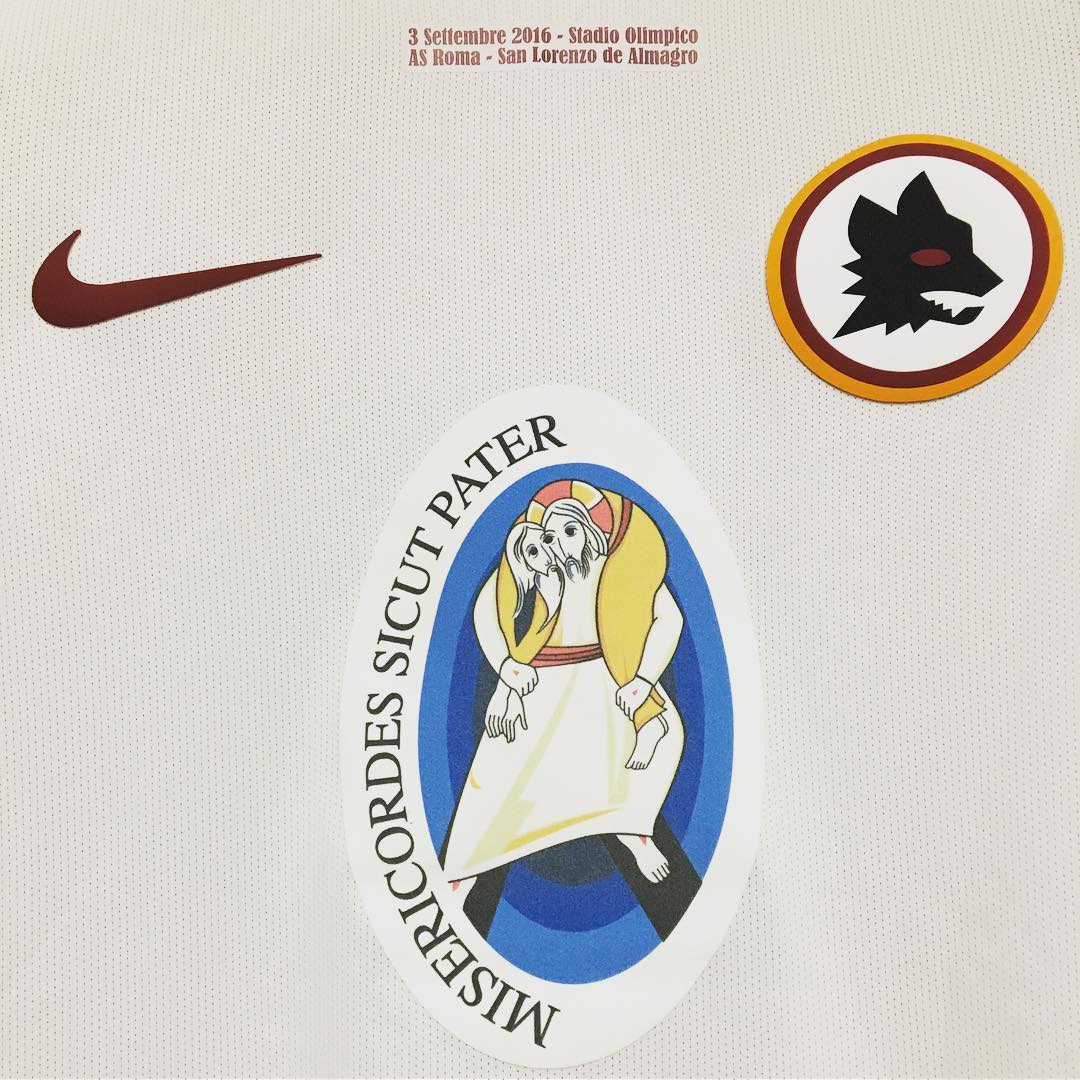 San Lorenzo were chosen as the opponents as Pope Francis is a supporter of the Argentinean club.

The Family Festival was the culmination of events which involved activities that highlighted, as the club put it, “the values of sport and family”. 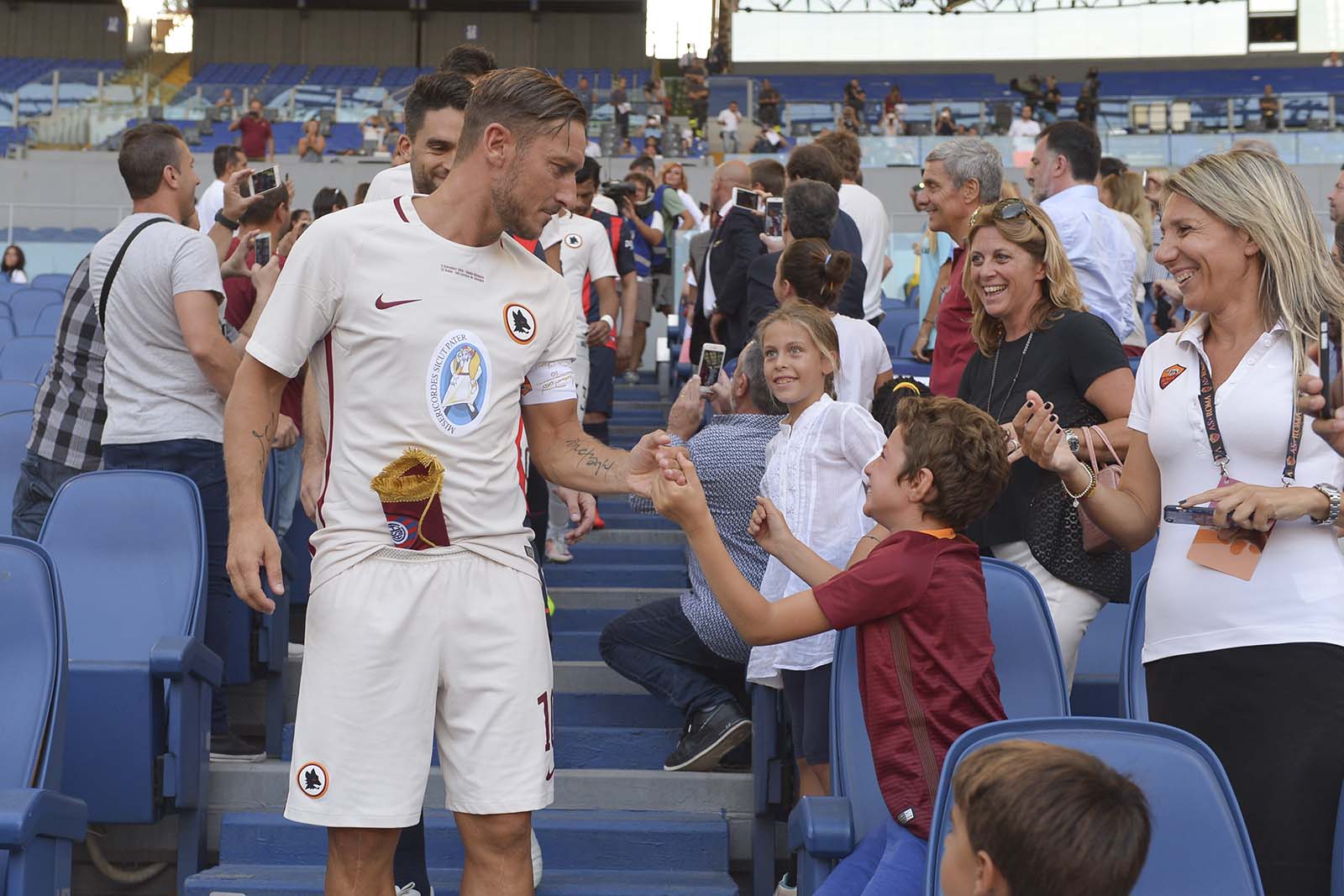 The match ended 2 – 1 to Roma, with goals from Juan Manuel Iturbe and Keba proving the difference between the two sides, whilst Belluschi scored for the Argentineans.

The proceeds of the day will be donated to the Disaster Recovery Fund for the victims of the recent earthquakes in central Italy.