Atlanta United completed their 2017 kit range with the release of their away strip.

Their debut MLS season kicks off on 5th March at the Bobby Dodd Stadium with a ‘tough as they come’ match against New York Red Bulls. Atlanta has already played a couple of pre-season games, winning 4 – 0 in Chattanooga and losing 1 – 2 at home to Columbus Crew. United face Seattle Sounders and Charleston Battery in the final games before the real deal begins.

This is the Atlanta United 2017 away kit: 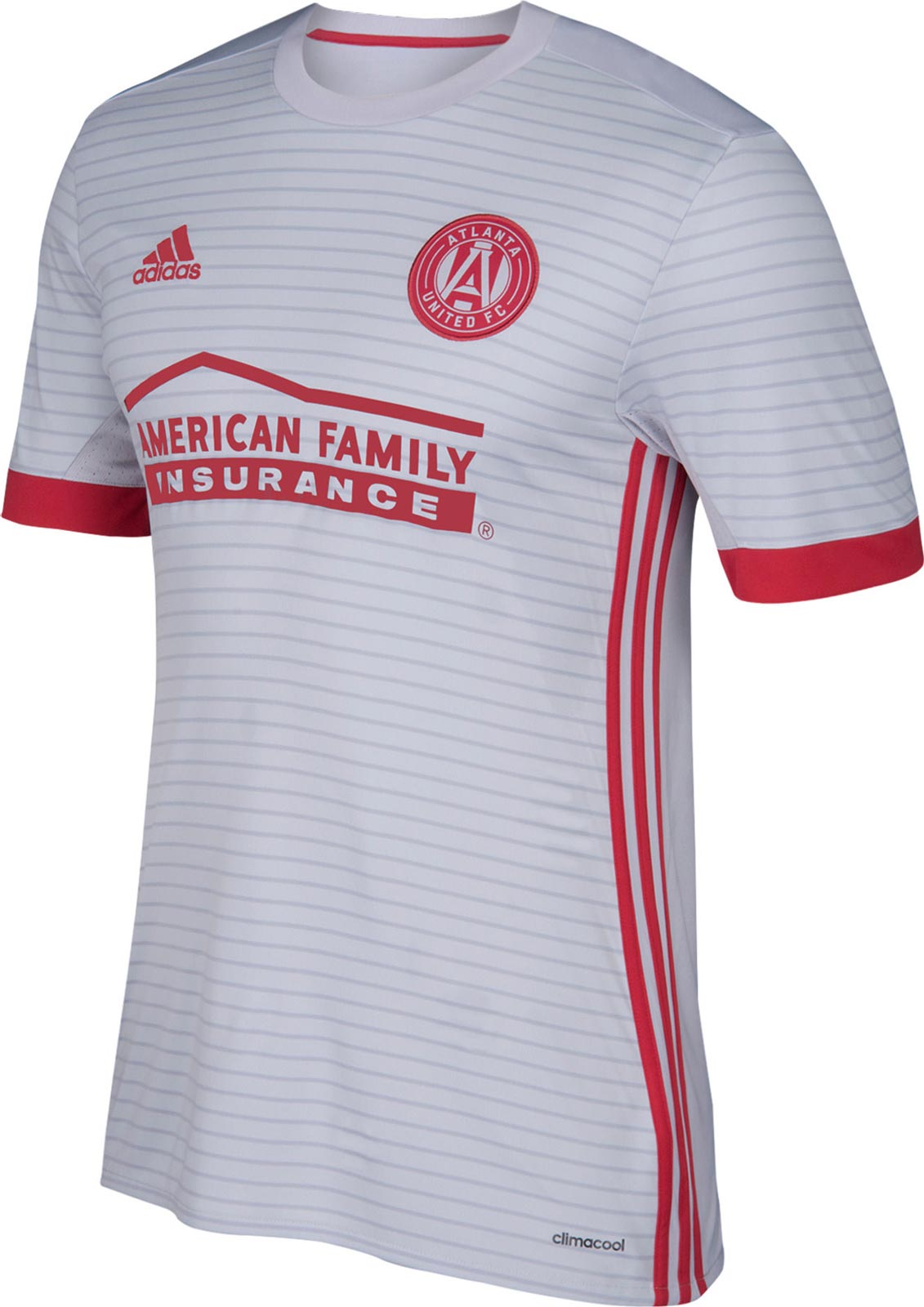 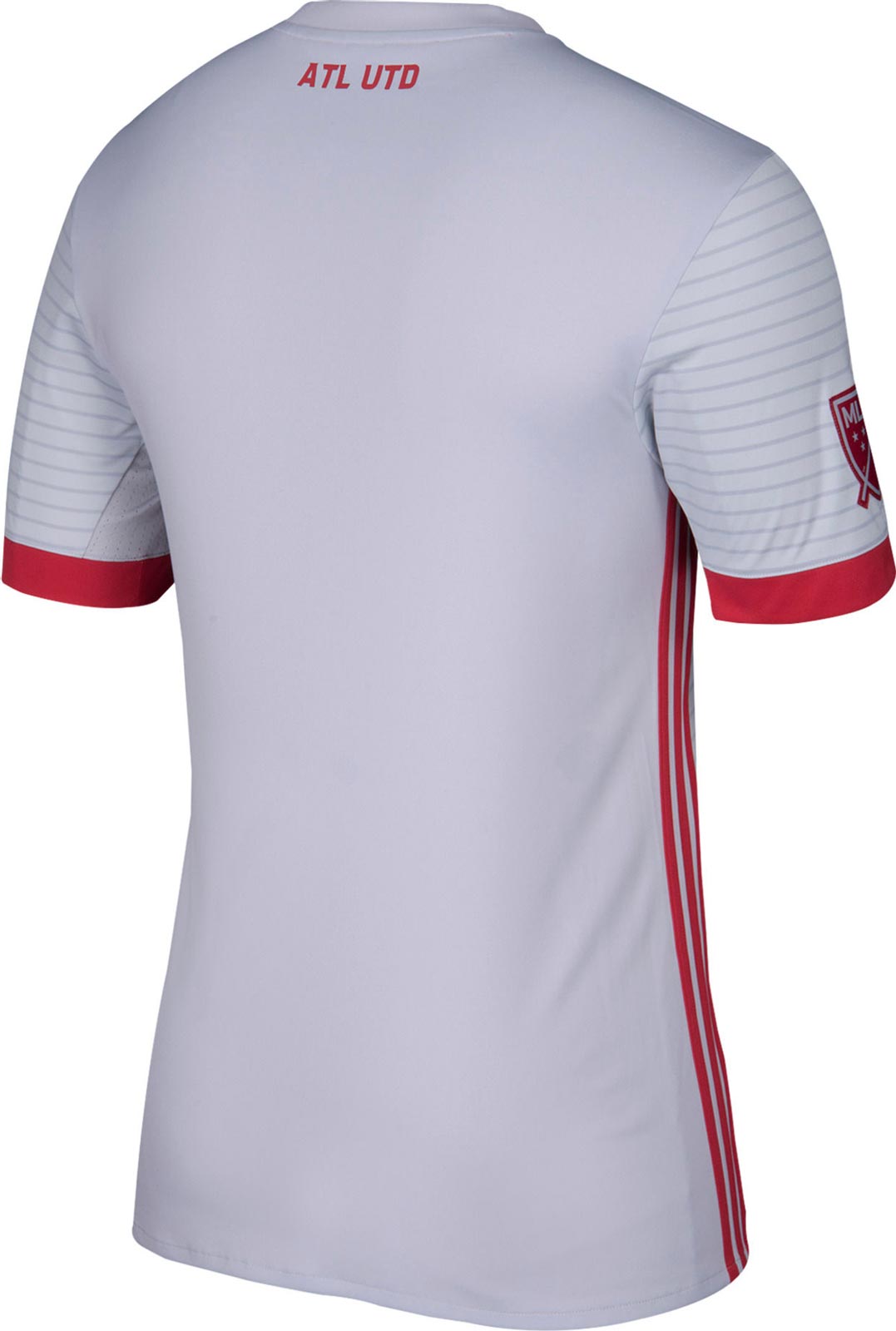 The light grey shirt features red trim and accents with silver-grey horizontal bands across the front and sleeves. The back, as with the home kit, is completely plain, bar accents. 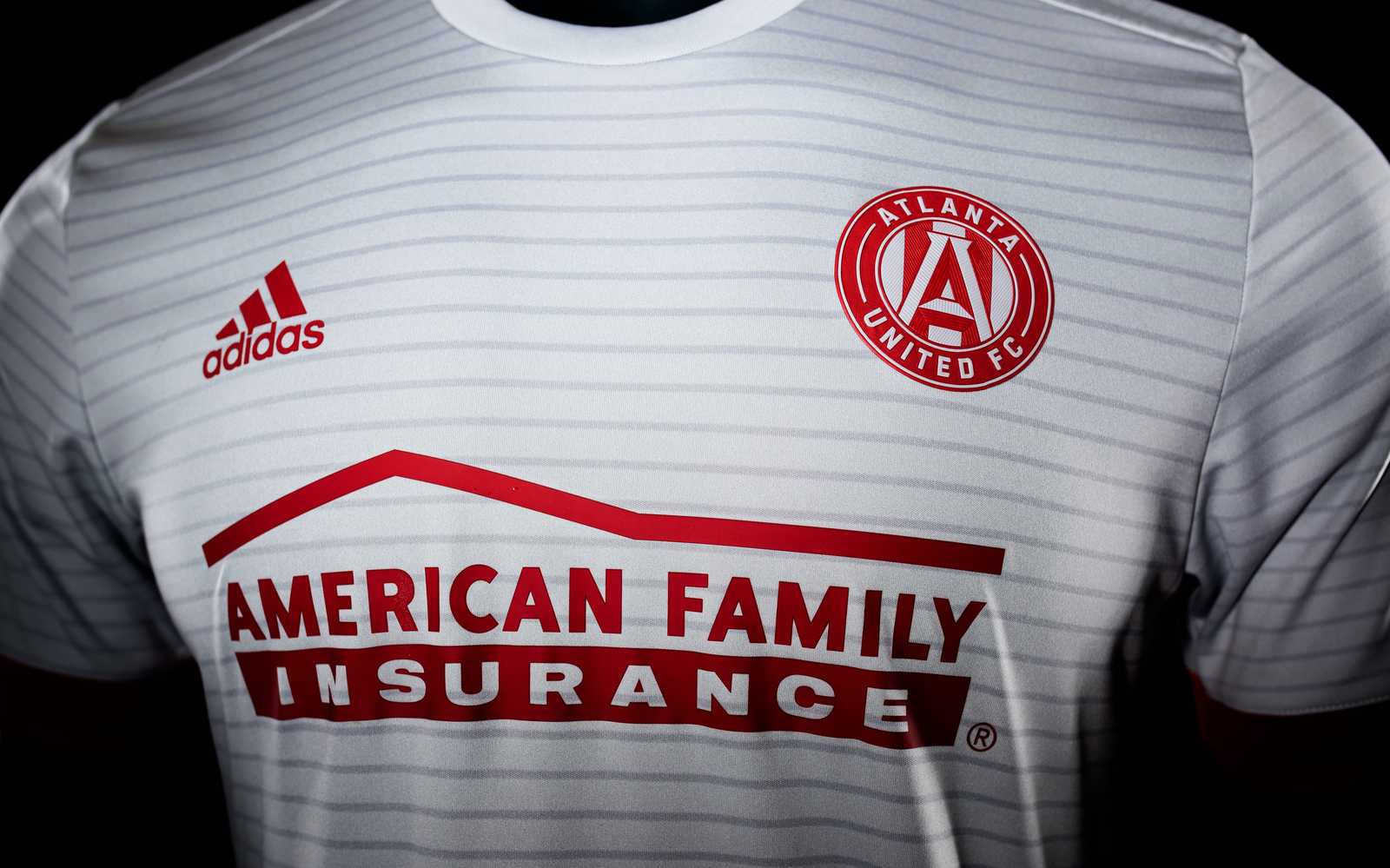 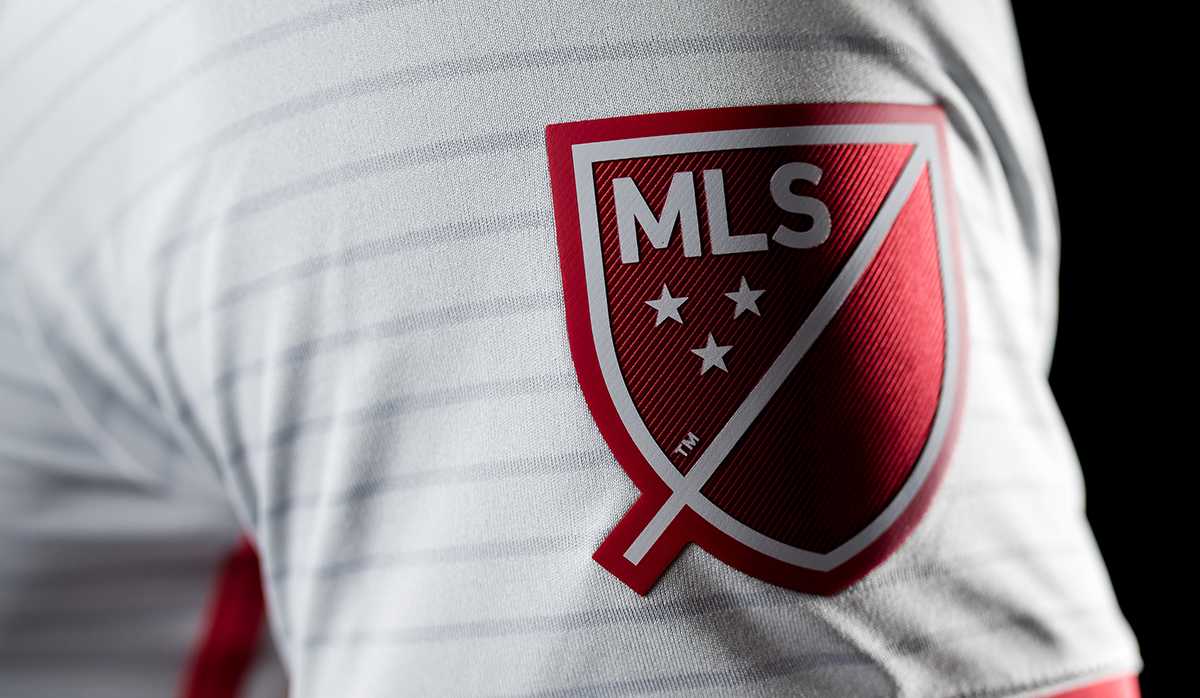 The grey collar pairs with red sleeve cuffs. Adidas, the MLS kit manufacturer, has its’ logo in red alongside the club badge on the chest, with the logo of the club’s primary sponsor also featured in red.

On the sleeve cuff, the printed motif reads “ATLANTA UNITED” while on the back, “ATL UTD” sits below the collar. 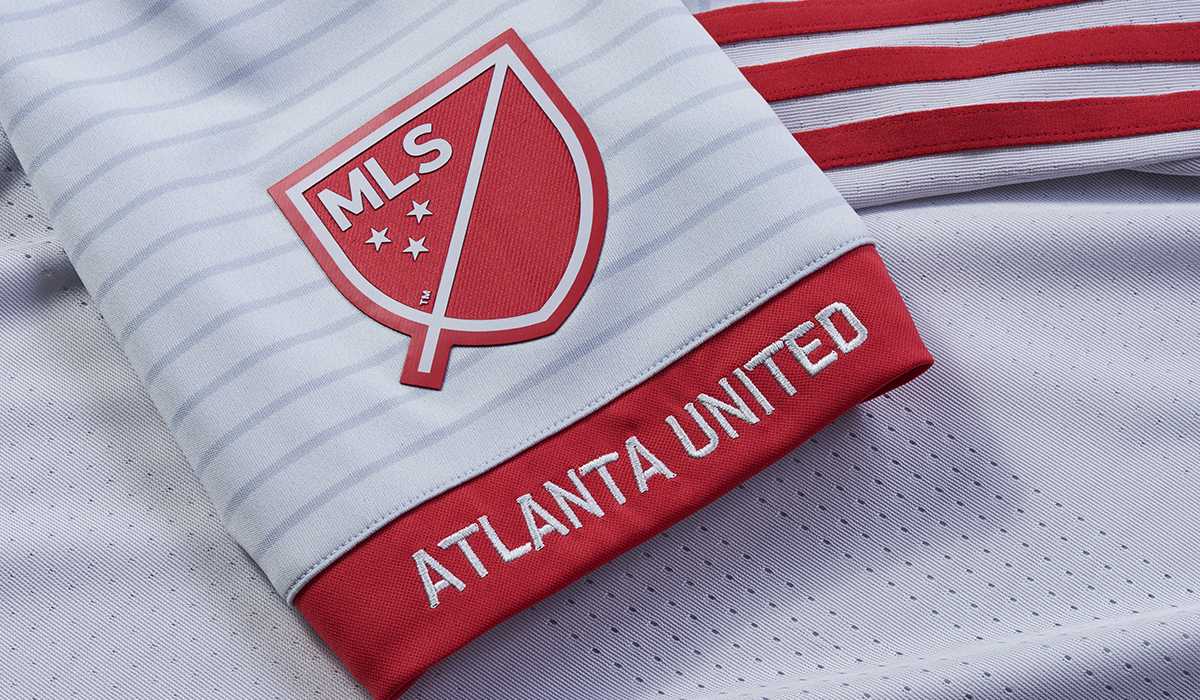 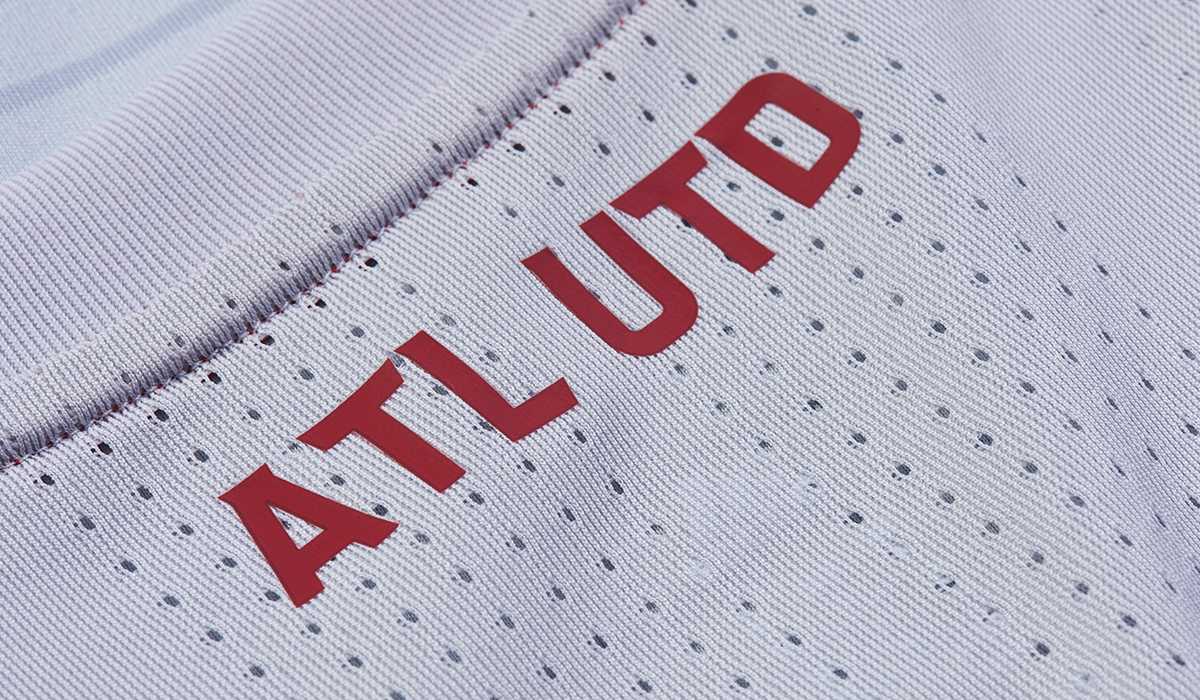 Adidas Three Stripes run from the shirt underarm to hem and are red, while the shorts features them in grey. 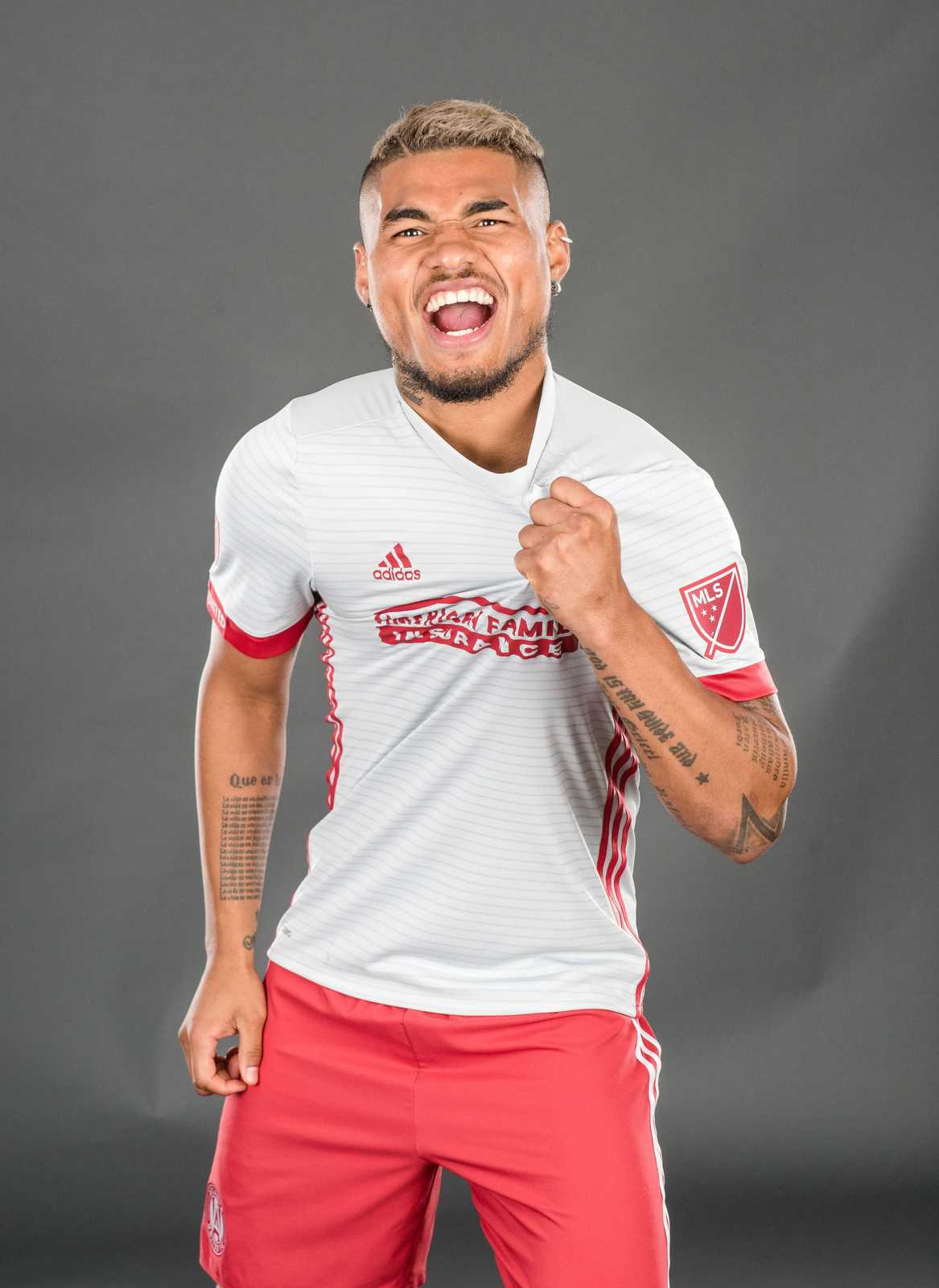 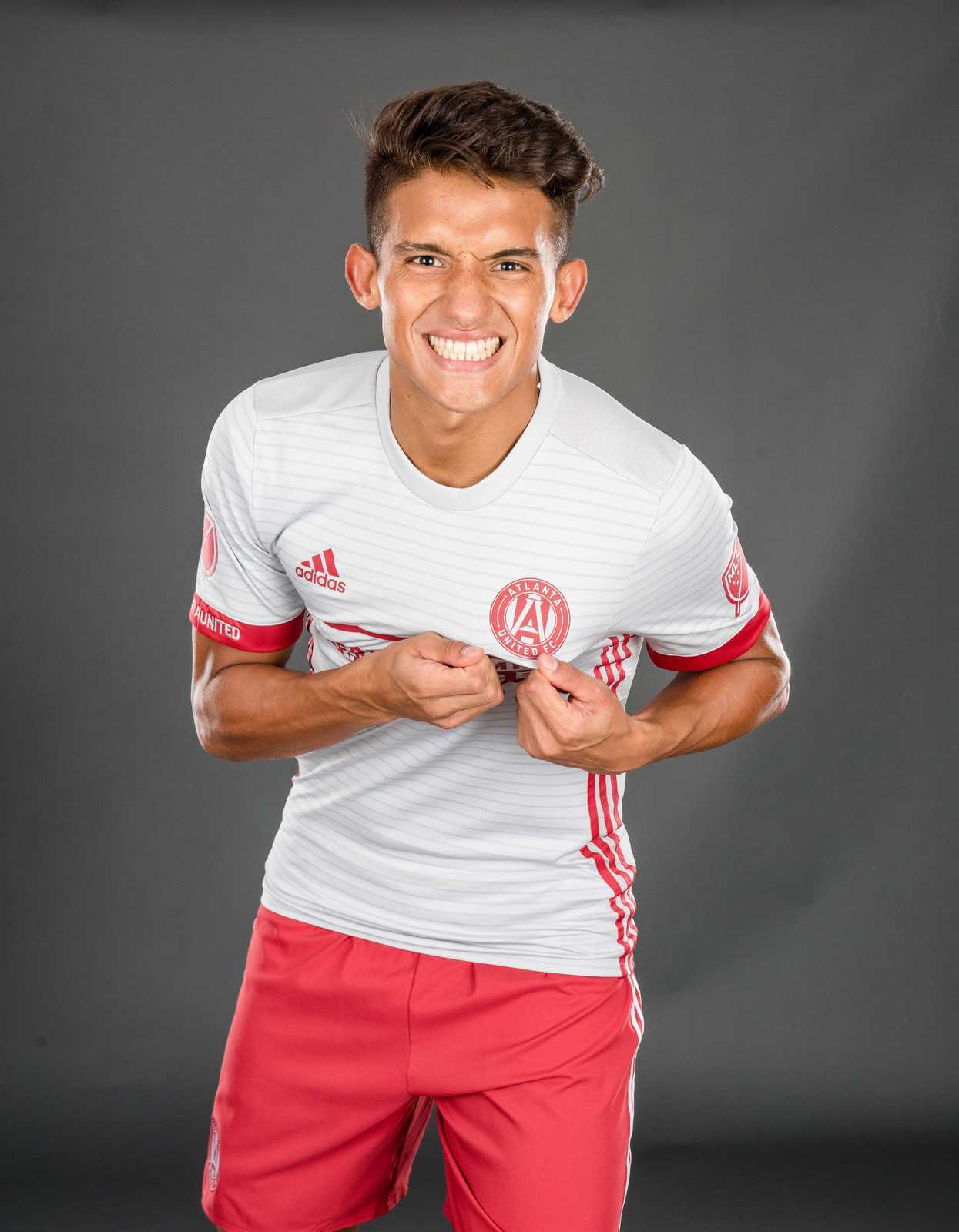 Completing the kit are red socks with grey trim on the turnover.