With Seattle Sounders through and Montreal Impact favourites to reach the MLS Cup final on 10th December, looking ahead to next season is a popular pastime among many teams. Montreal won the first leg of their Conference finals while Seattle beat Colorado with a 3 – 1 aggregate win. 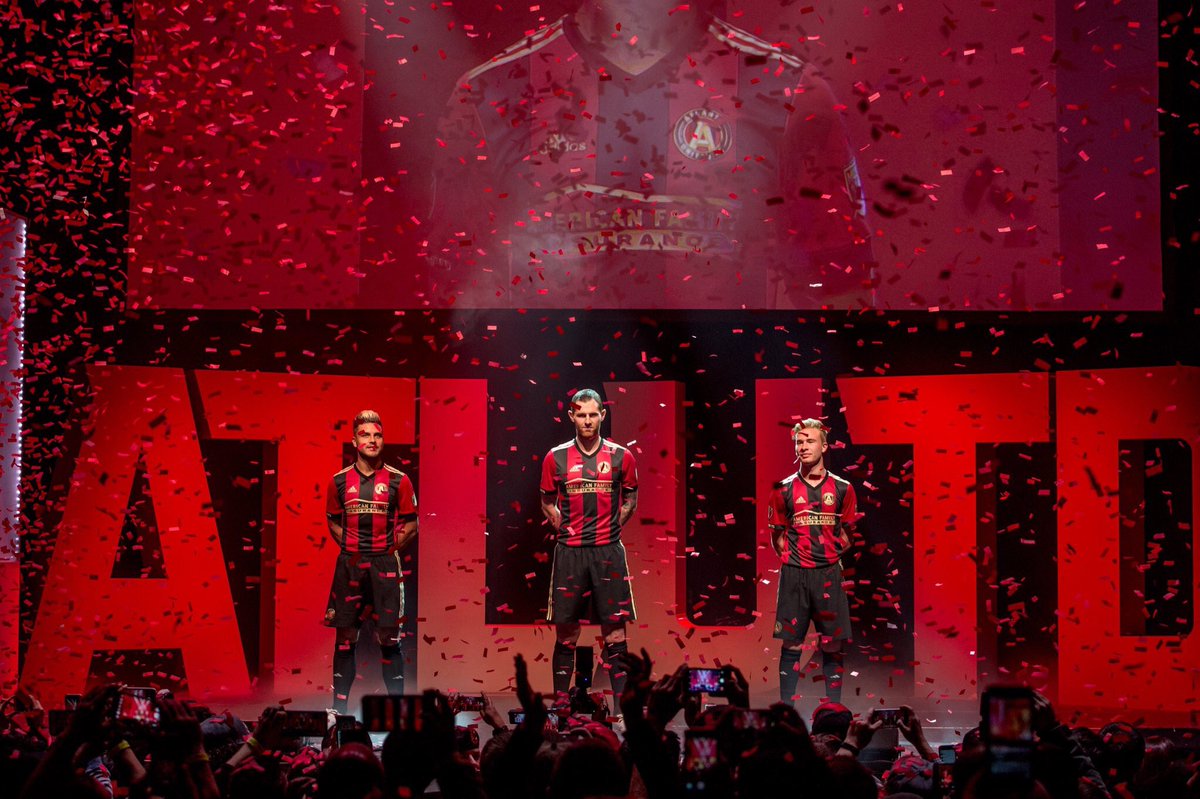 The club’s new Mercedes-Benz stadium is under construction so for next season, the Bobby Dodd Stadium is their home.

This is the Atlanta United 2017 home kit: 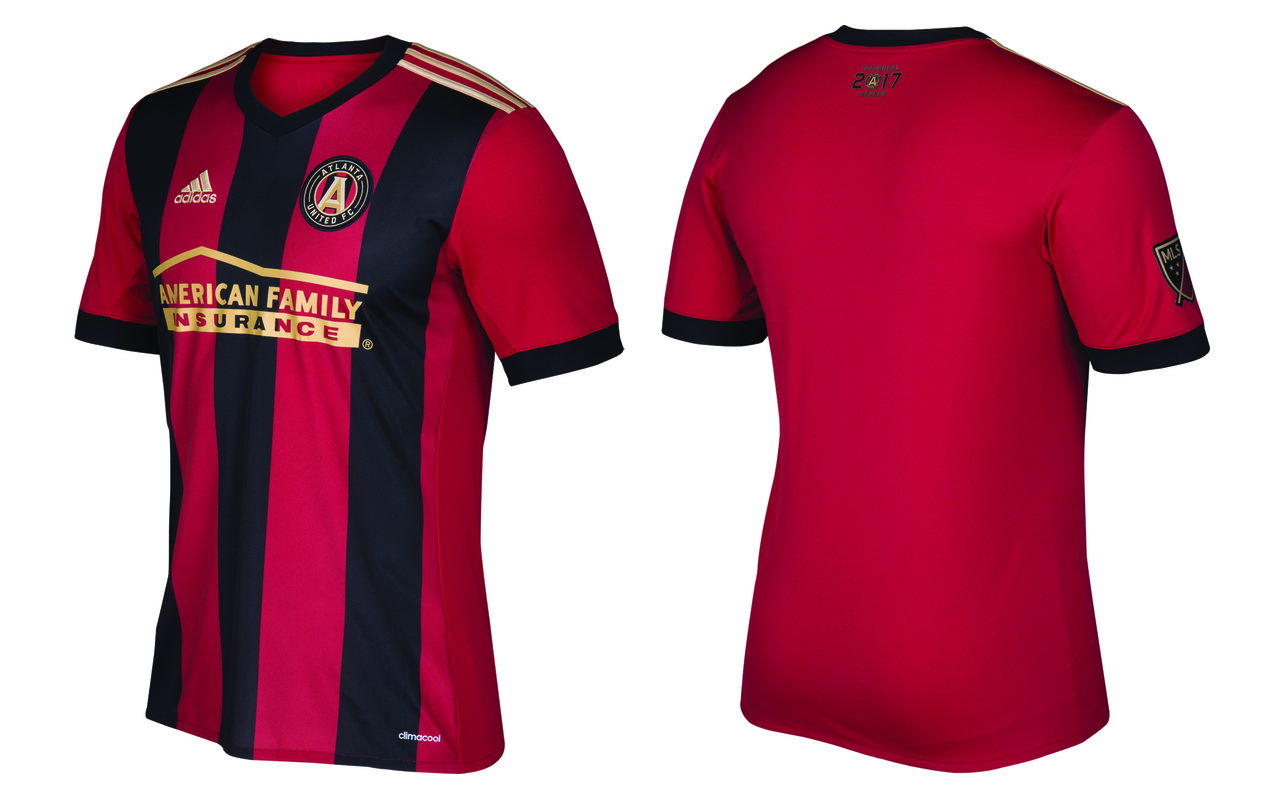 On their website, Atlanta call this their ‘primary’ kit. After the recent presidential elections, you’d think that everyone would be sick to the back teeth of primaries.

Not so. And with good reason in this case. 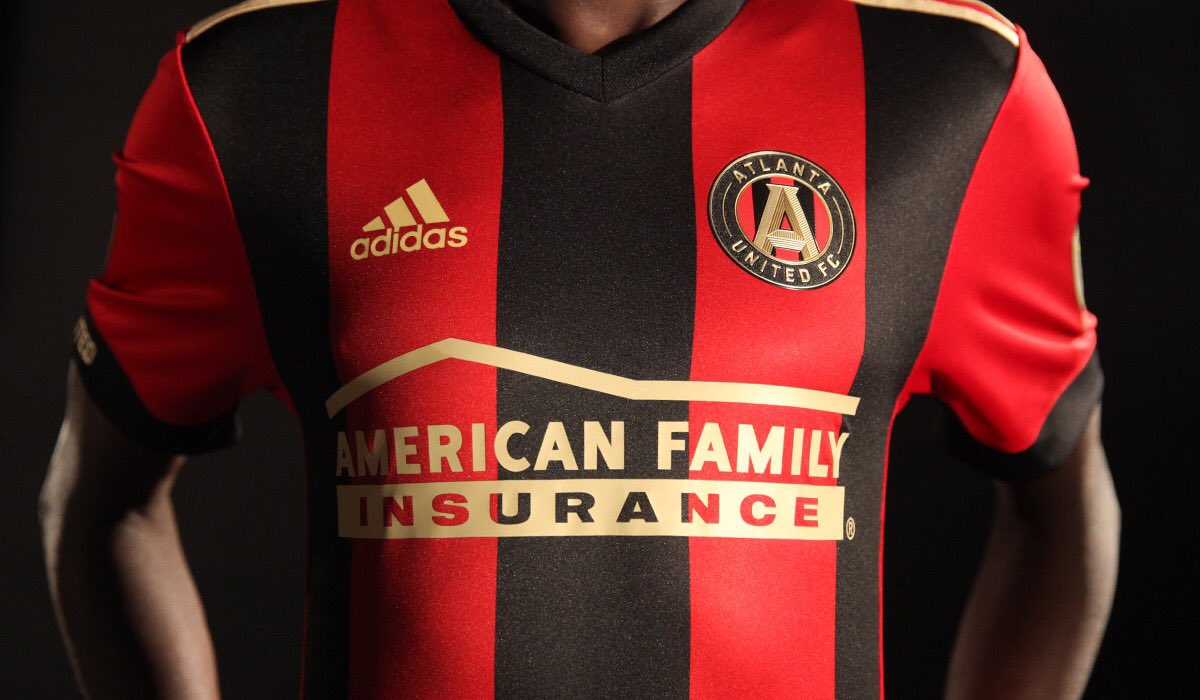 The red and black stripes down the front are a classic football shirt design. If there was one tweak to make, following through onto the back would be the one. Instead, we have a plain red back and sleeves.

There’s more than a hint of the ‘Milan’ about it with the gold stripes across the shoulder. Three Stripes, the trademark of Adidas, Atlanta’s kit manufacturer. 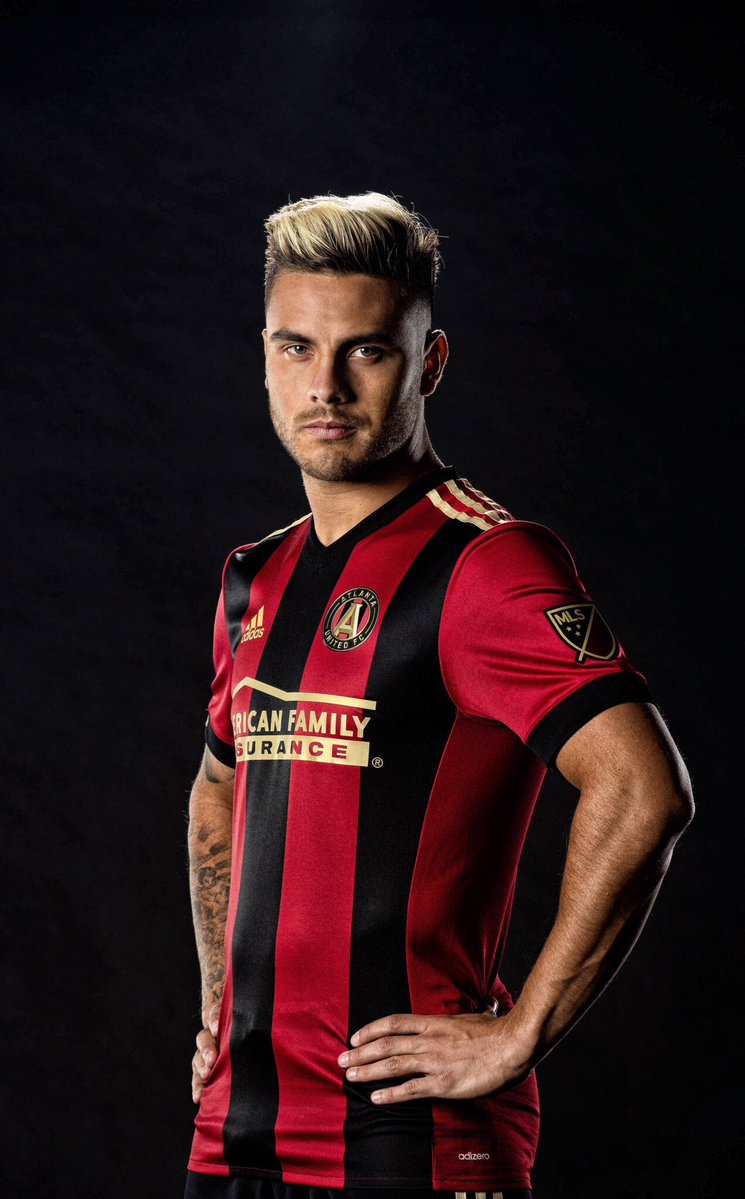 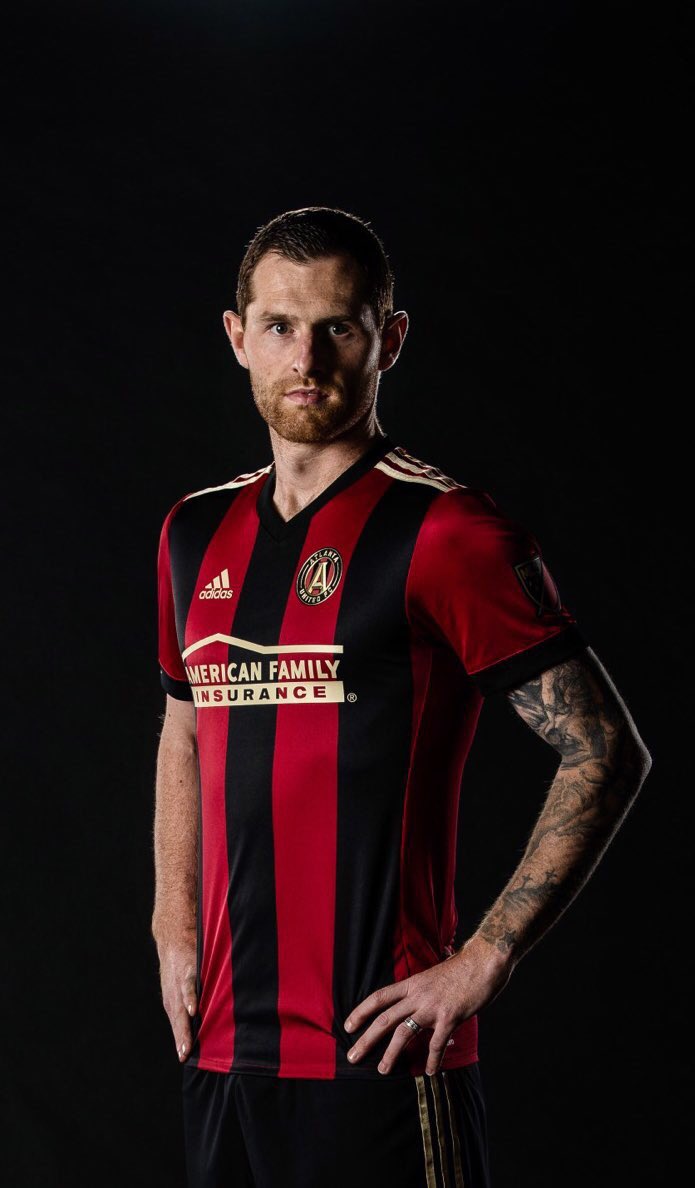 The kit is finished with plain black shorts and socks.