The shirt was leaked online earlier this week by UKSoccerShop and now Nike has unveiled the new Australia Home Kit. 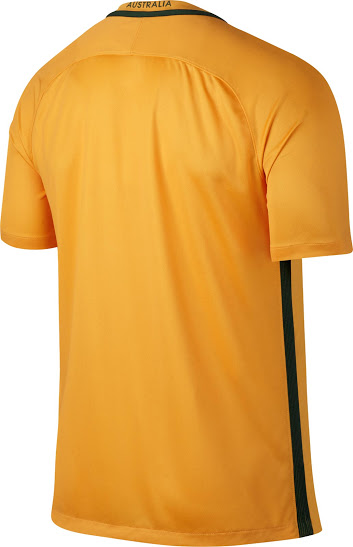 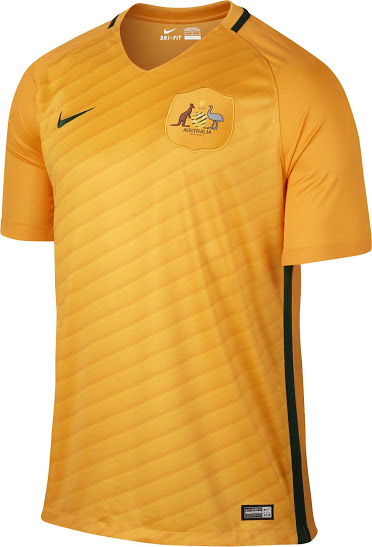 The leaked version of the shirt was spot on, the green piping around a predominantly gold shirt with a graphic printed pattern setting the whole thing off!

As we mentioned on Monday, following the template of Nike’s other 2016-2017 football shirt design the new Oz football shirt is clean and modern. However, unlike some of the other shirts, it does not carry the new Nike Vapor template. Instead, the graphic print on the front is more like Nikes South Korea shirt.

Keeping in line wit many of their new kit releases Nike have opted for the same colour shorts as the top and rounding the kit off with green socks.

Tim Cahill and co will certainly look the part!

What do you think of the new Australia shirt?