Celebrating winning promotion to the Scottish Championship, Ayr United have unveiled their 2016/17 home and away kits. Competing for attention with bigger clubs and more lavish kit launches, the club have for the 3rd year running used a body painted model to promote themselves.

For the first time since 2009-10 season, Ayr United will wear a black and white hooped top. The historical kit design was worn by The Honest Men from their formation until 1937-38 after which they weren’t seen again until the mid-1960s.

With black shorts and white socks completing the kit, this is a genuine case of back to the future with a very definite modern twist! 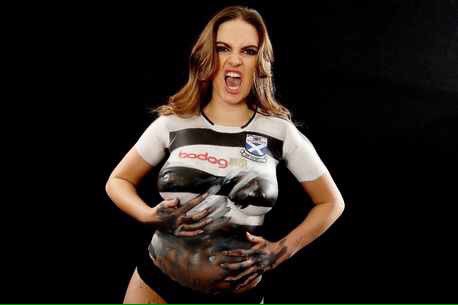 Not forgetting that there is a football kit to promote, the club did issue a picture of the kit being worn by players! 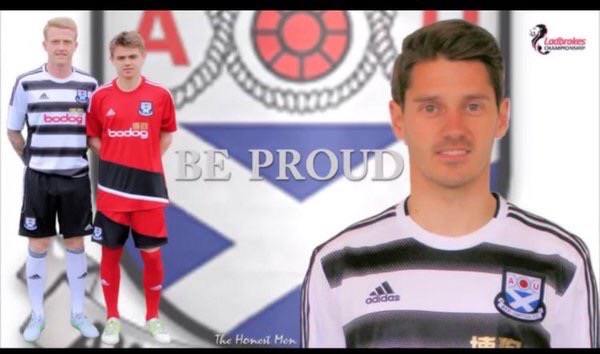 A glimpse of the away kit was also shared. All red, there are two black low-slung sashes. The first at the bottom of the shirt has a thinner white sash below. The second is on the shorts, beginning higher on the right leg with and finishing on the bottom of the left thigh.

Whatever you think of the kit, Ayr United have certainly made everyone do a double-take with their novel approach to kit launches!