AZ Alkmaar launched their 2016-17 away kit at FC Utrecht yesterday where the 3 – 1 victory saw them clinch a Europa League spot for next season. 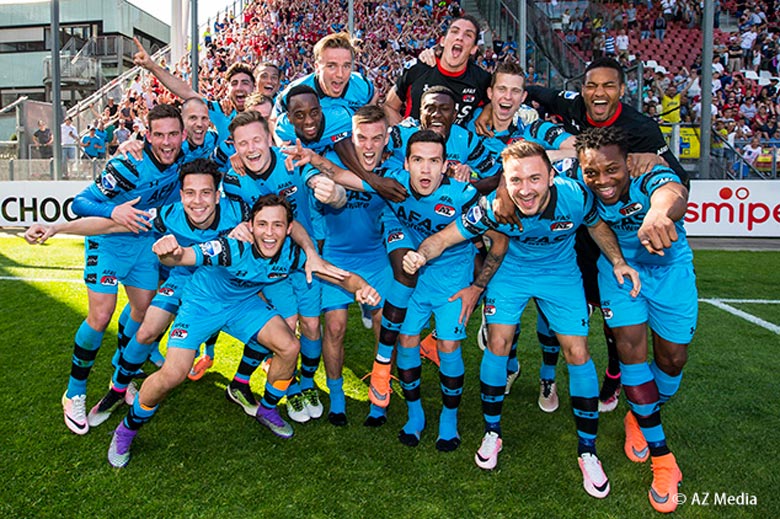 The club released the all sky-blue kit as they enter their fiftieth season as a professional club. Founded on 10th May 1967, The Cheeseheads have won the Eredivisie title twice in that time.

Under Armour have kept the body of the shirt and shorts clean, adding black stripes to the shirt sleeves and socks. 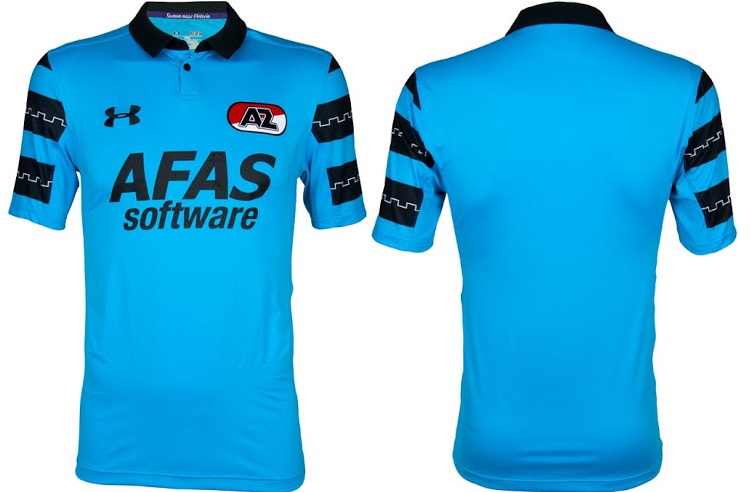 With a thin blue design inside the black stripes referring to Torenburg castle which has featured in the town seal from as early as 1299 and is still today the centre of the city’s flag and coat of arms.

The historical references continue with the embroidered “Samen naar victorie” – Together to victory – under the collar, nodding to the Eighty Years War saying, “Bij Alkmaar begint de victorie” – “Victory begins at Alkmaar”, which came following the lifting of the siege of the city by Spanish forces in 1573.

AZ, fifty next year, will be hoping that the historical references will spur them on to greater things at home and abroad!