2016-17 was to be a season to remember for West Ham United. The protracted move to the Olympic Stadium completed, the club had high expectations. Considerably higher than the relegation fight which transpired. 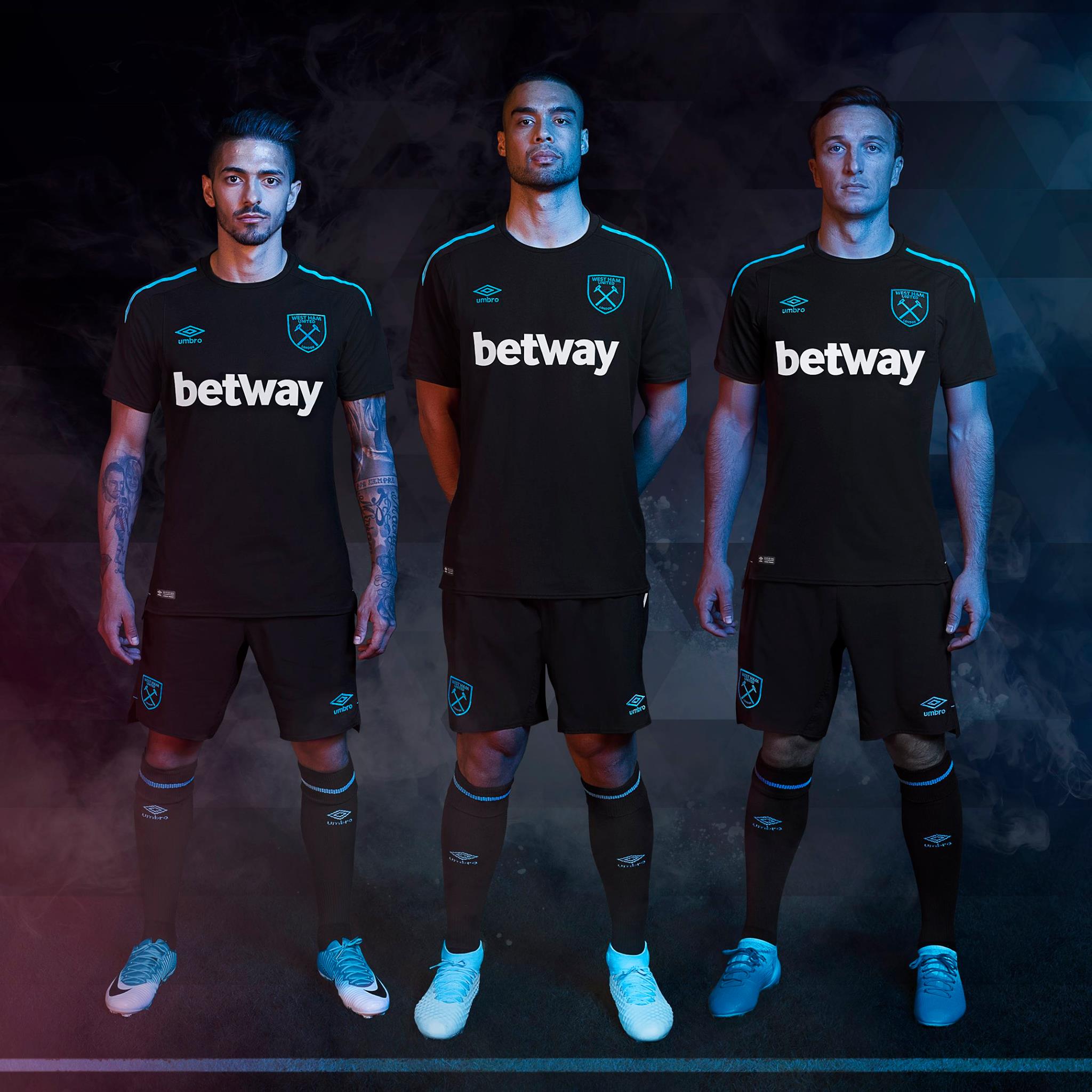 Slaven Bilic is under pressure. David sullivan didn’t help; comments about challenging for Champions League places raised hopes. The first warning signs came when Andre Ayew was seriously injured early in his first appearance for the club. An unexpected exit in the qualifying round of the Europa League compounded the poor start to the season.

There were some bright spots in the rest of the campaign; Andy Carroll’s Goal of the Season contender against Crystal Palace; beating Tottenham; knocking Chelsea out of the EFL Cup. Those were overshadowed by home thrashings against Arsenal and Manchester city among others.

There is a positive in all this; with a low bar, next season can only be better; surely? 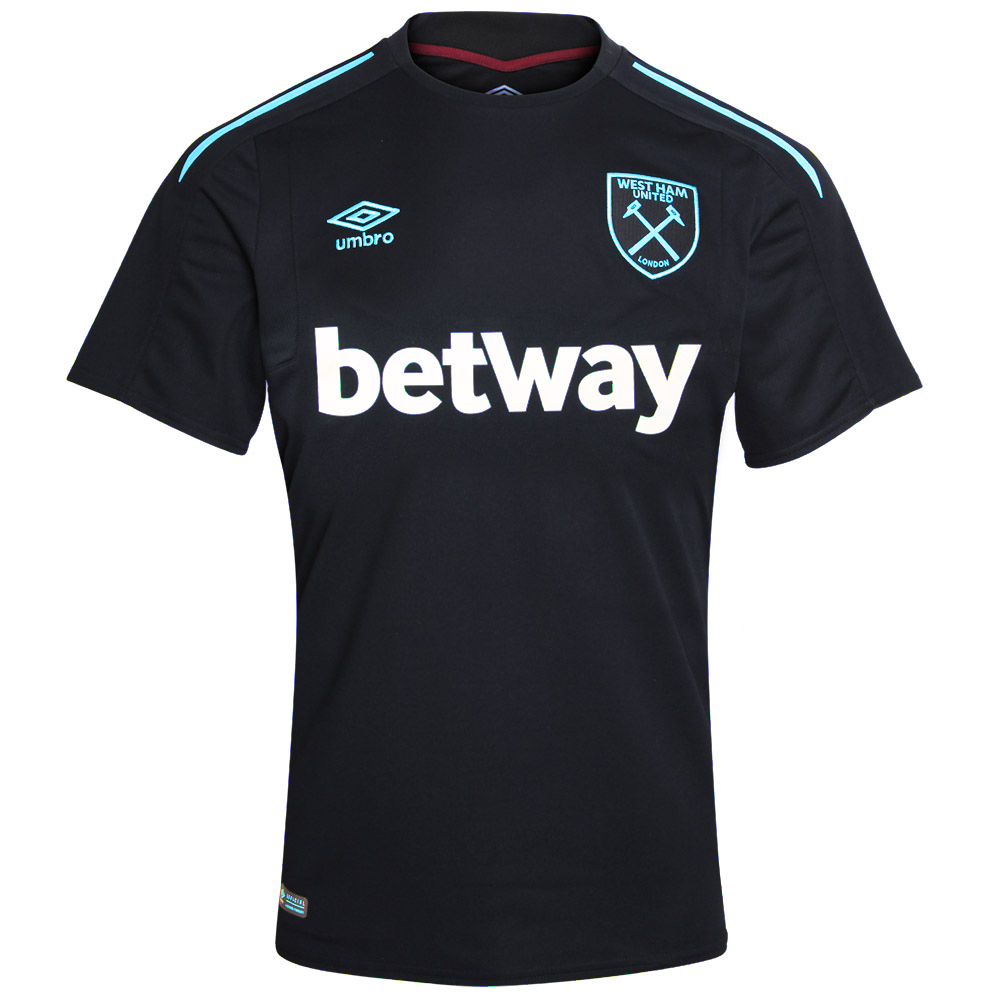 The shirt and socks are all-black, with an electric blue trim. It is a simple, straightforward design; the piping on each shoulder contains a pattern of Umbro’s double diamond logo in a graphic overlay. 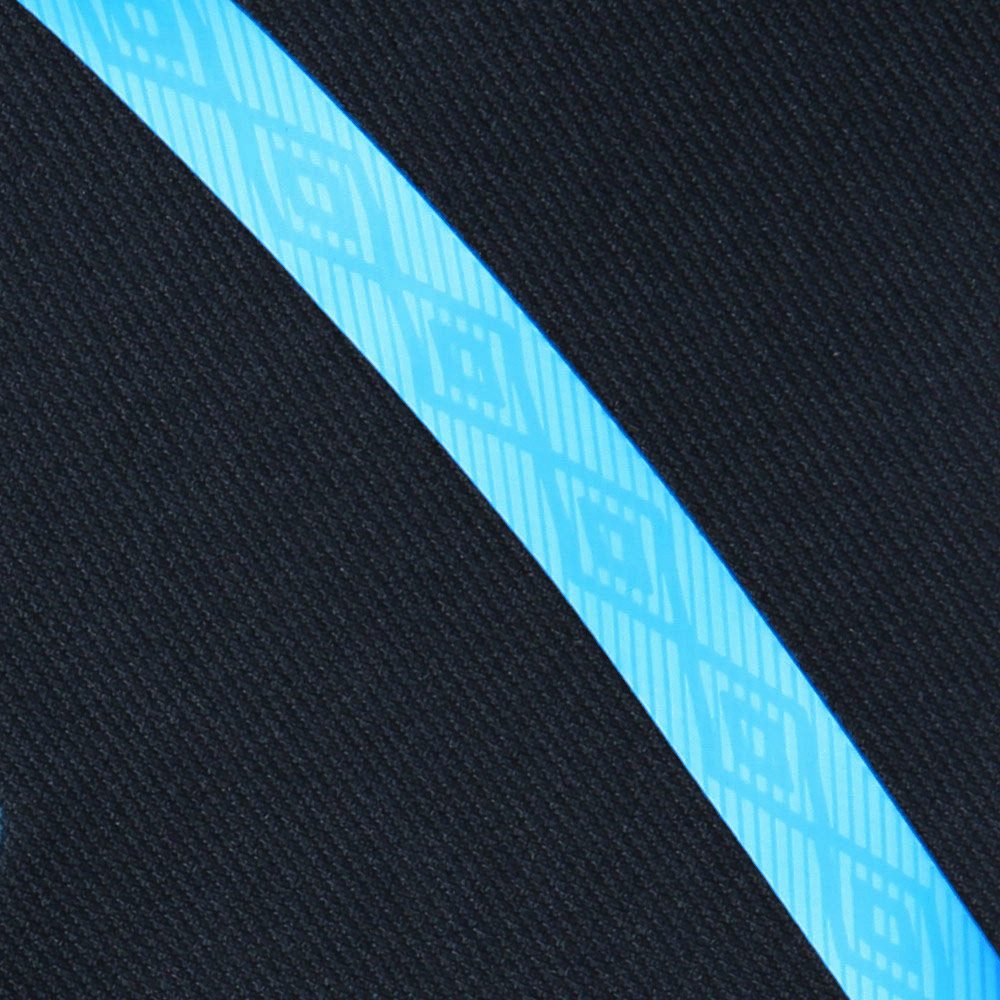 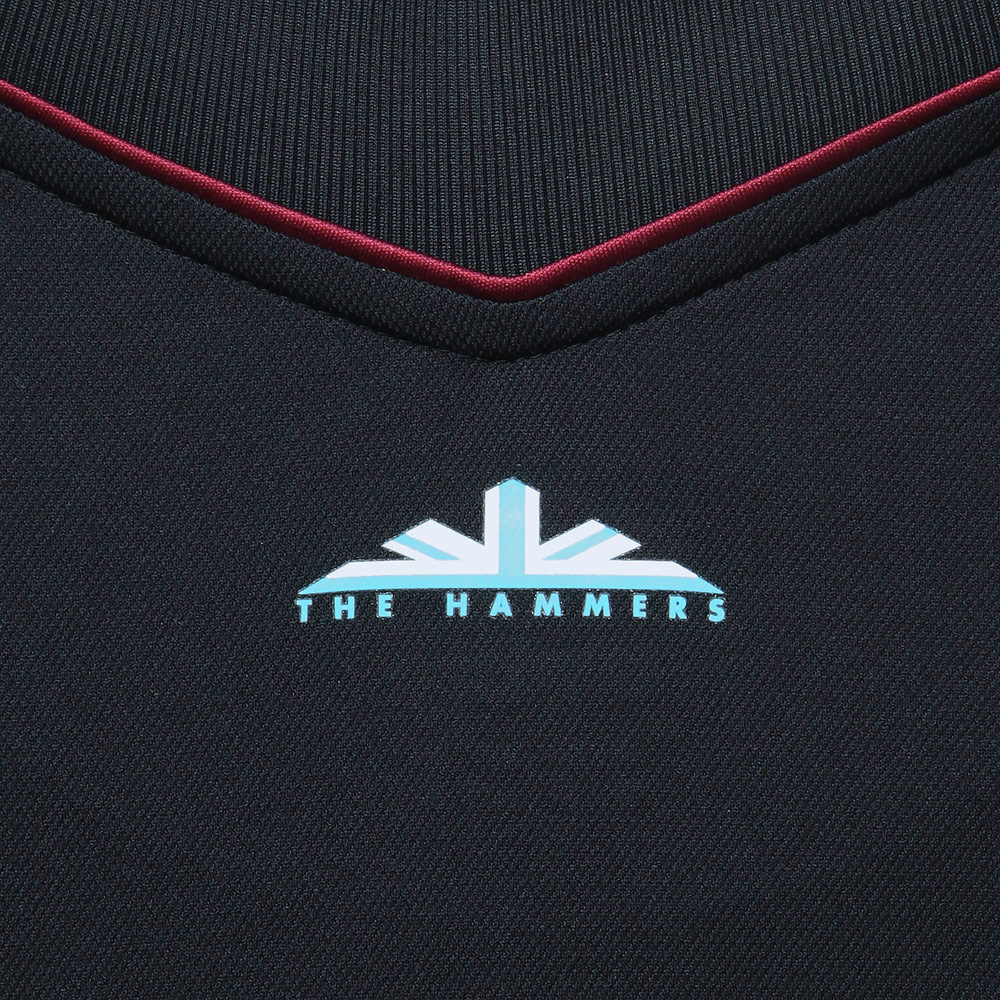 Under the collarline on the back is printed “The Hammers”, with a partial Union flag in electric blue and white above. This continues the theme introduced last season with the club’s move to its’ new home. The shorts continue the black and blue colour scheme. 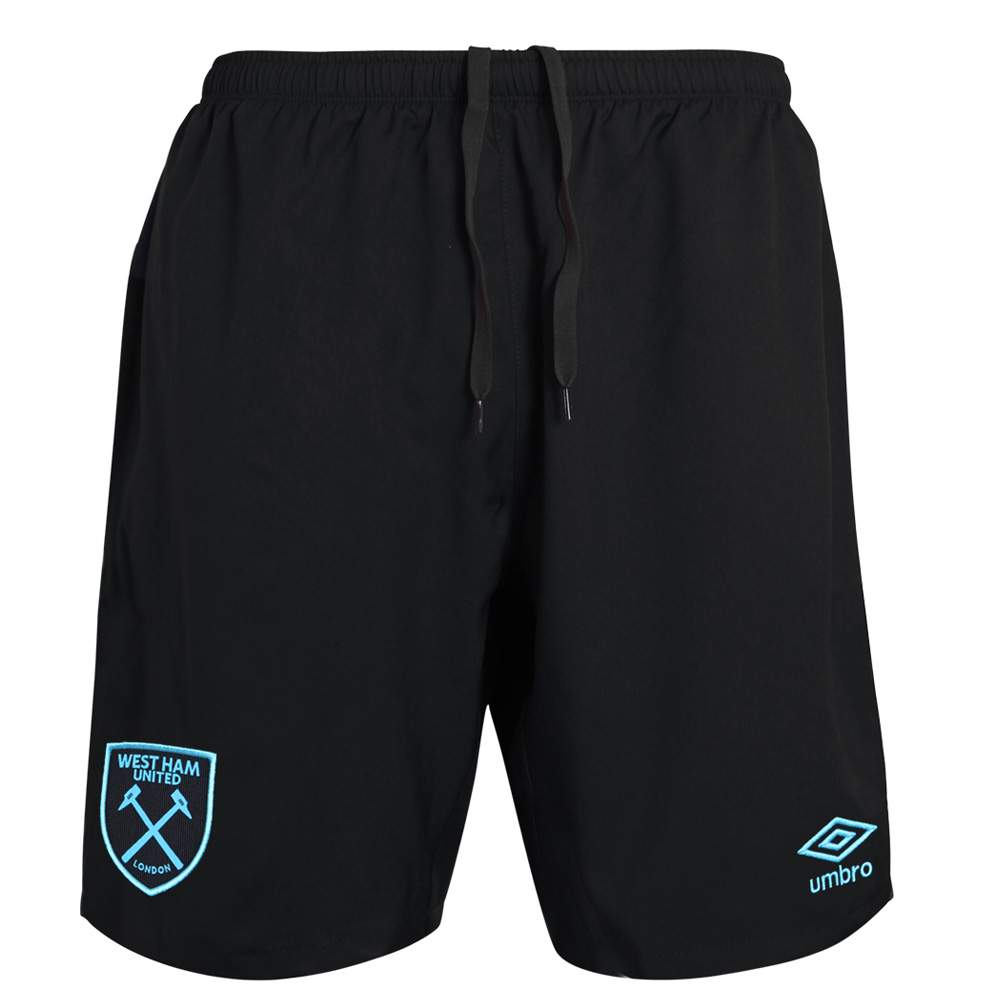 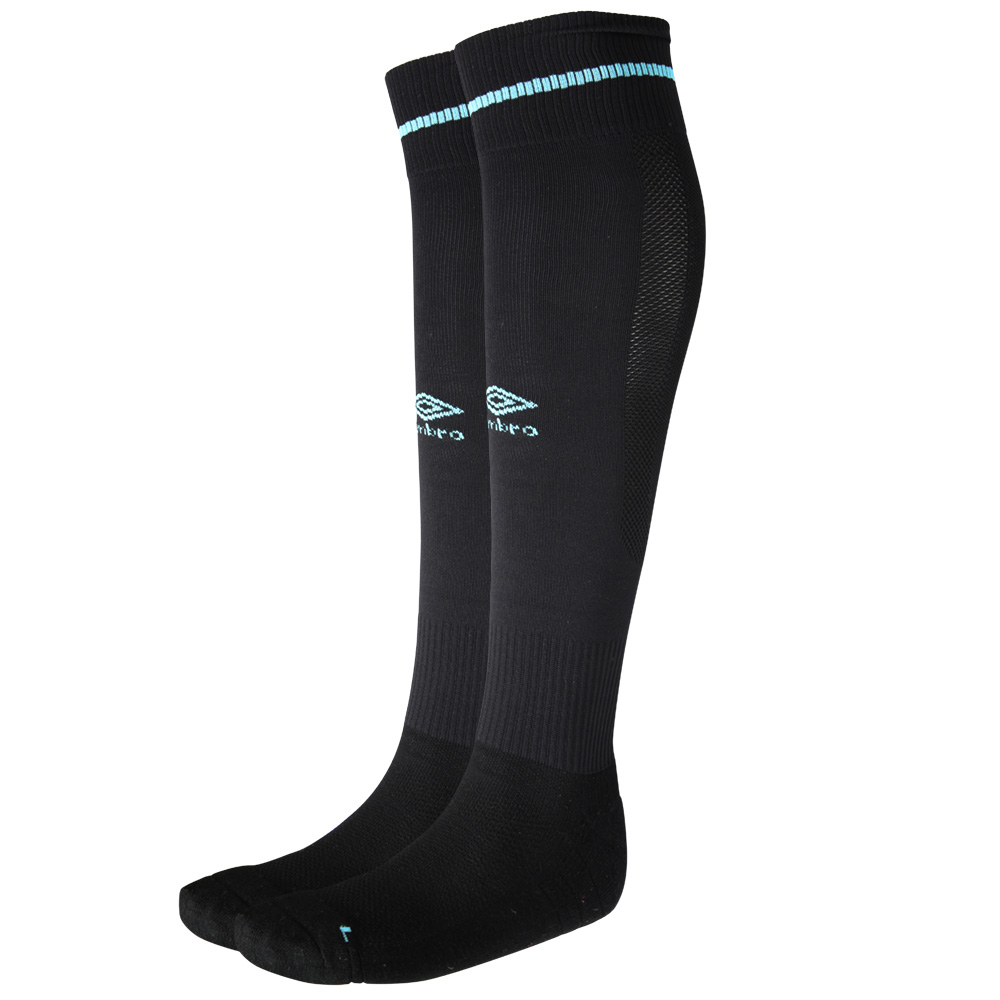 The kit is finished with black socks, complete with blue motifs.