Barcelona this morning released their 2016/17 home kit. The first of their renewed Nike deal, the shirt heralds the return of the instantly recognisable red and blue stripes.

The kit hints at the 1991/92 season when they lifted the Champions Cup for the first time. La Liga champions for the fourth time in six seasons, they had to watch through gritted teeth as Real Madrid lifted the Champions League trophy on Saturday night, making them all the more determined to succeed next year. 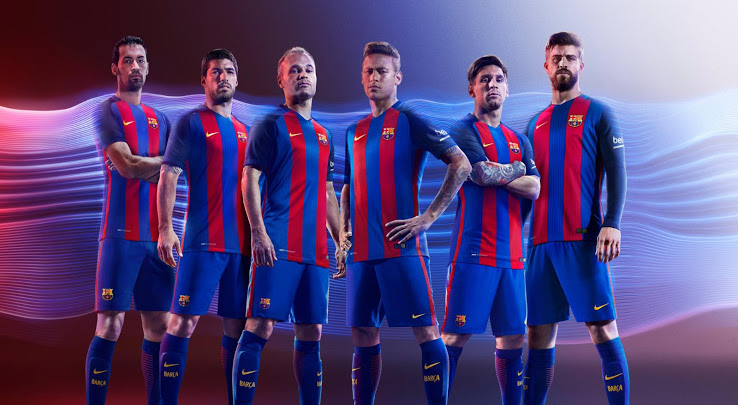 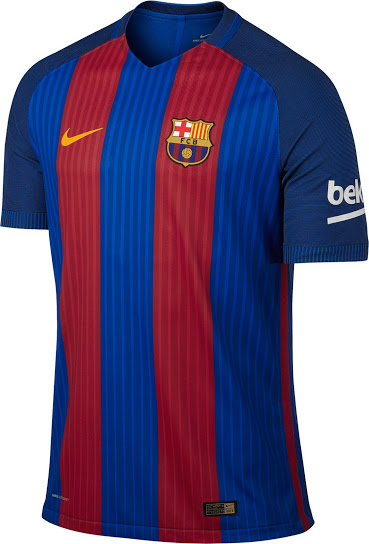 The shirt dispenses with last season’s hoops and red shorts in favour of the club’s traditional kit design. The base colour is blue but there are two evenly spaced red stripes on the front and back, with thinner stripes running down the side of the body. Nike presents the kit with thin stripes of tonal shades of blue and red accentuating each colour on the shirt. 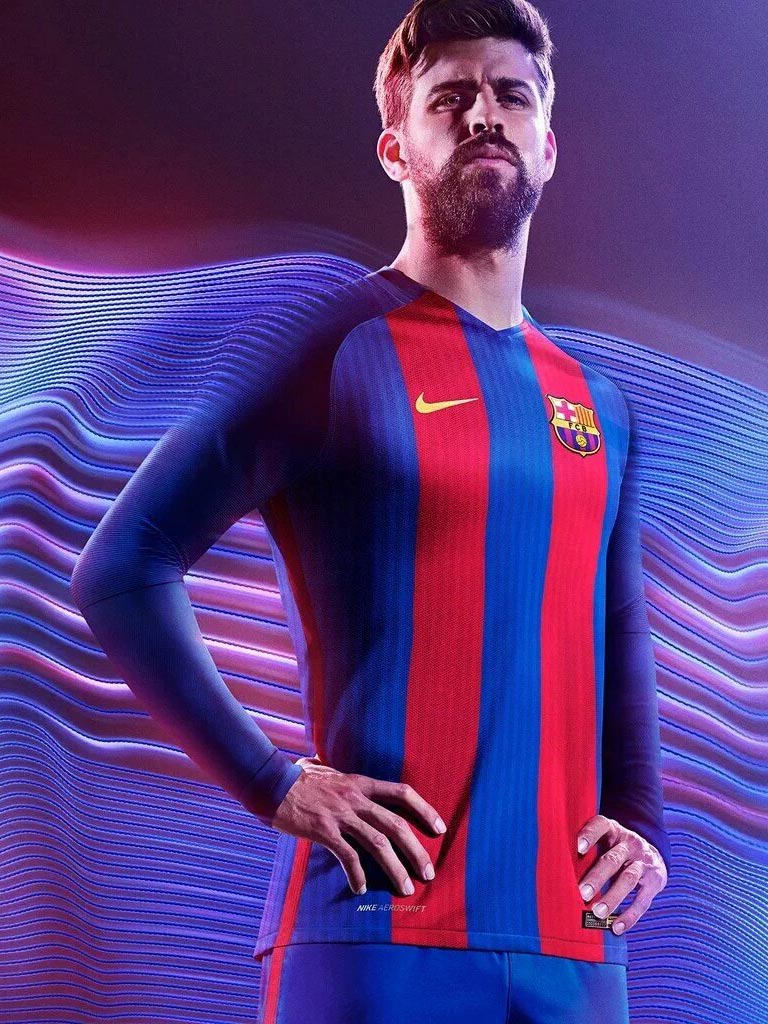 The sleeves and shoulder panel on the back of the shirt are solid blue, formed of ribbed blue stripes. With no main shirt sponsor at present, only secondary sponsor, Beko, features on the left sleeve. Nike’s trademark Swoosh features in gold on the right breast whilst the club logo is on the left.

On the reverse collar, the word “BARCA” is subtly printed in dark blue with Unicef’s logo once more showing at the base of the back of the shirt. 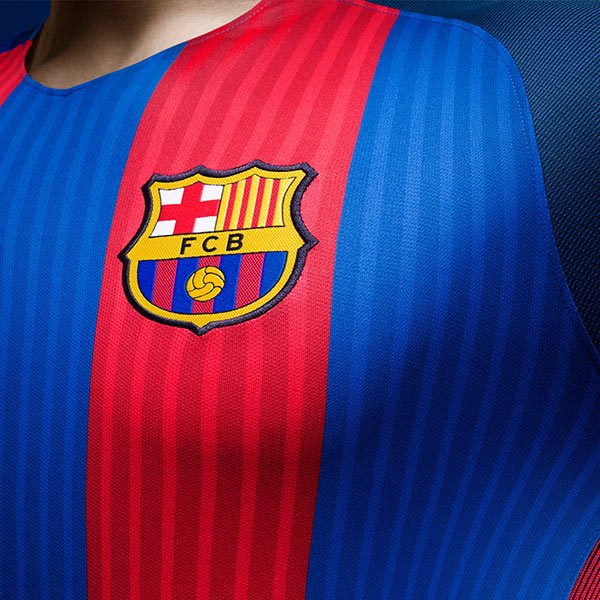 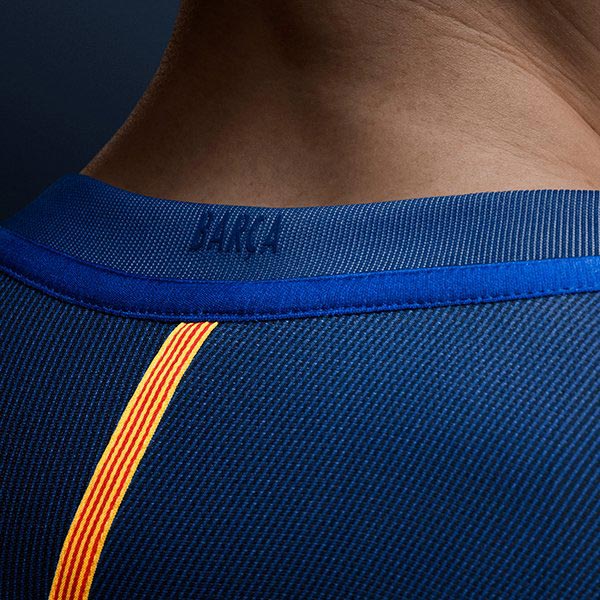 For 2016/17, Barcelona has returned to blue shorts and socks. 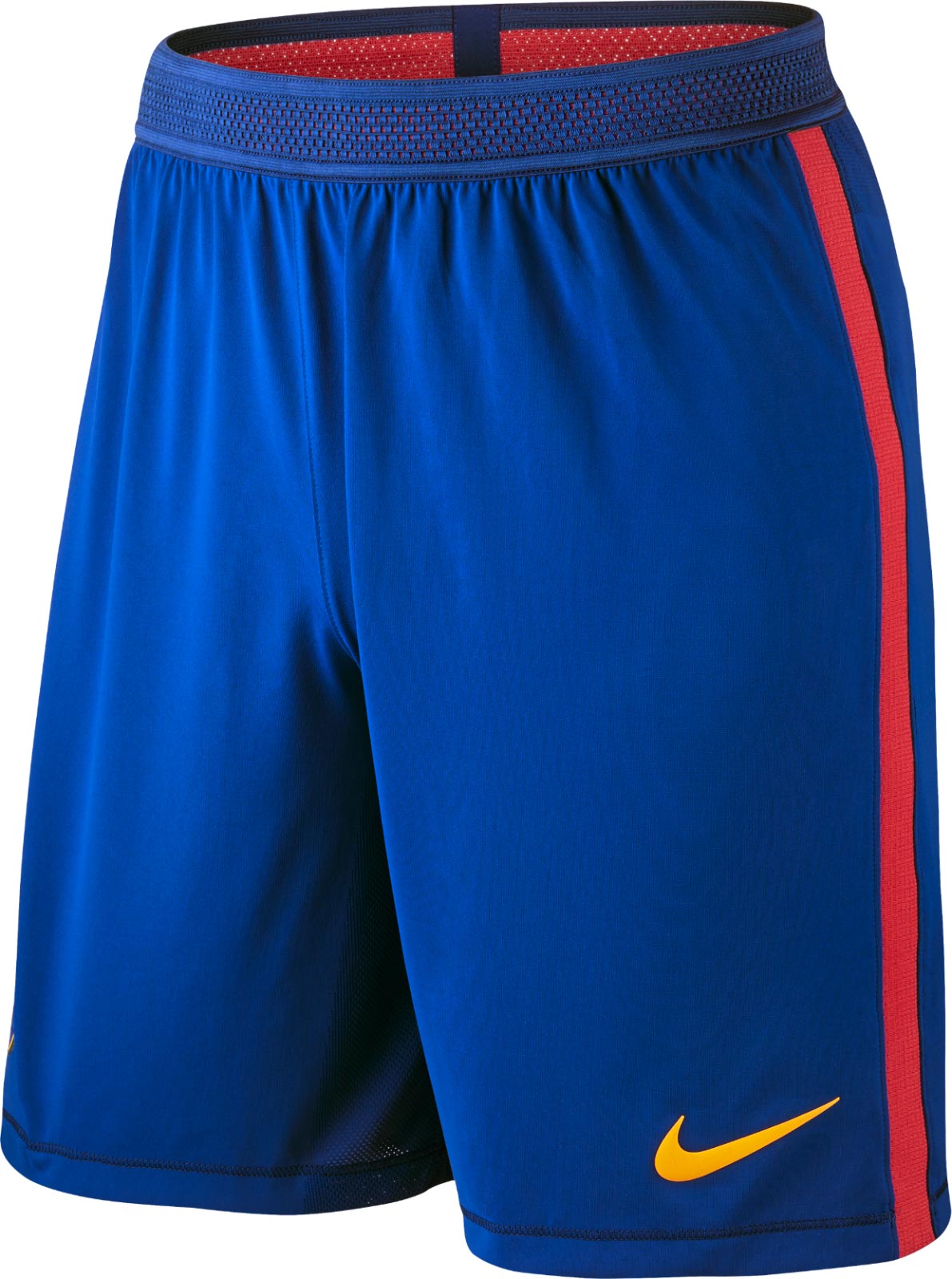 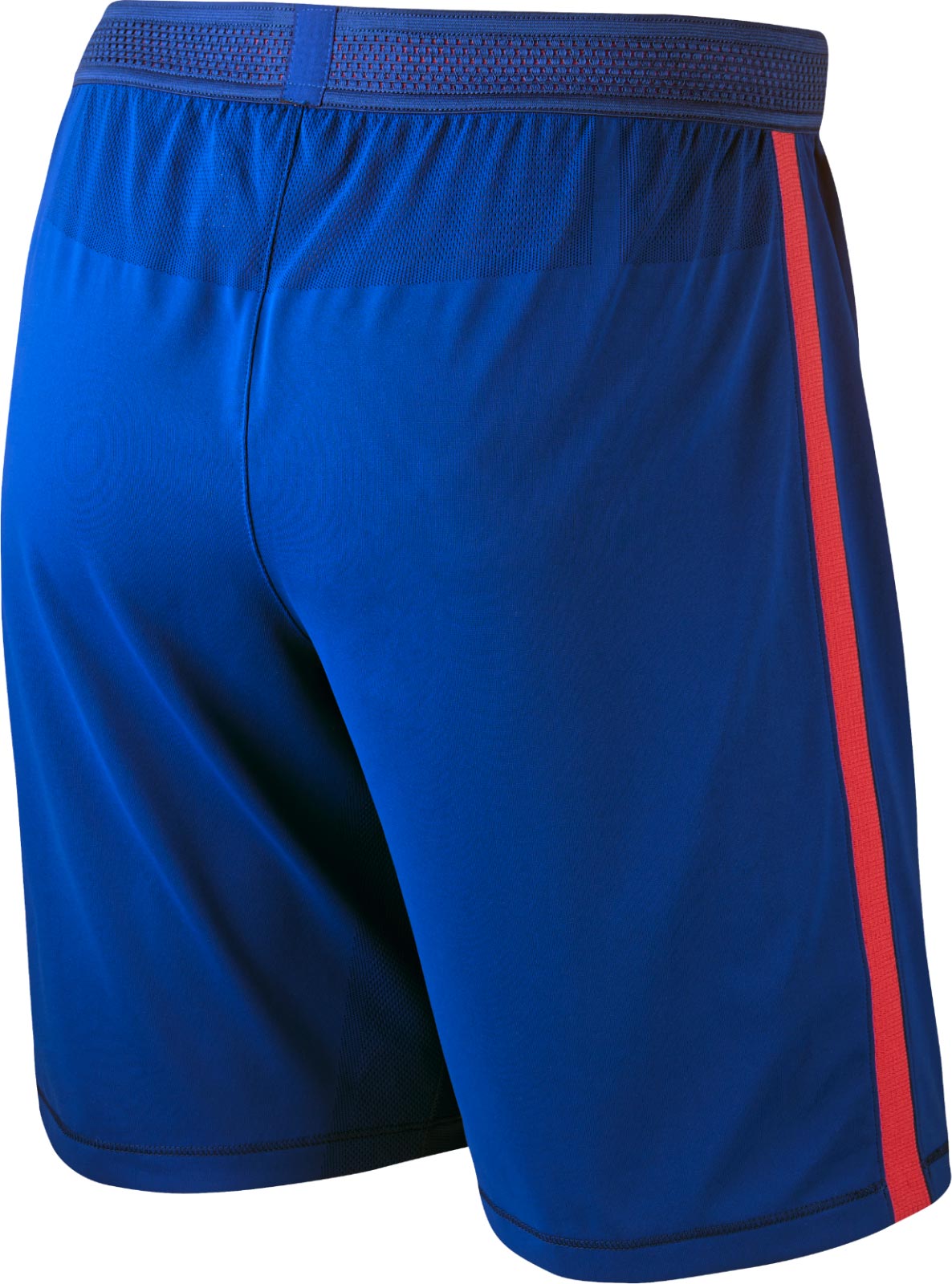 In recognition of the power of the Barcelona brand, Nike has taken the unusual step of including “Barca” under their trademark on the front of blue socks. 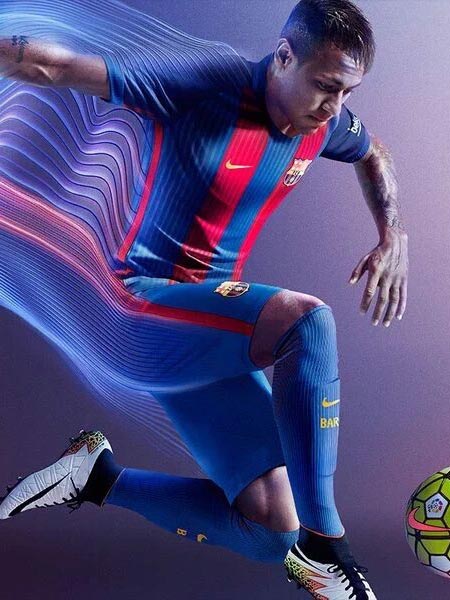 After the months of speculation, it’s a welcome return to the club’s traditional and classy design. Let us know in the comments if this is the kit of next year’s Champions League winners.