Barcelona‘s technical director Robert Fernandez claims the club are struggling to sign players. Hardly words to inspire confidence in new head coach, Ernesto Valverde. Fernandez believes that players don’t have the will to fight for the places which begs the question if they are the players the club needs in the first place?

The club is cracking on with preparations for next season. Their home kit was released this month and is a design you either love or hate. Although I can’t see it being remembered as a classic, if they win a trophy or two next season, it certainly will be, especially if one is the Champions League. That’s the way football fans roll. 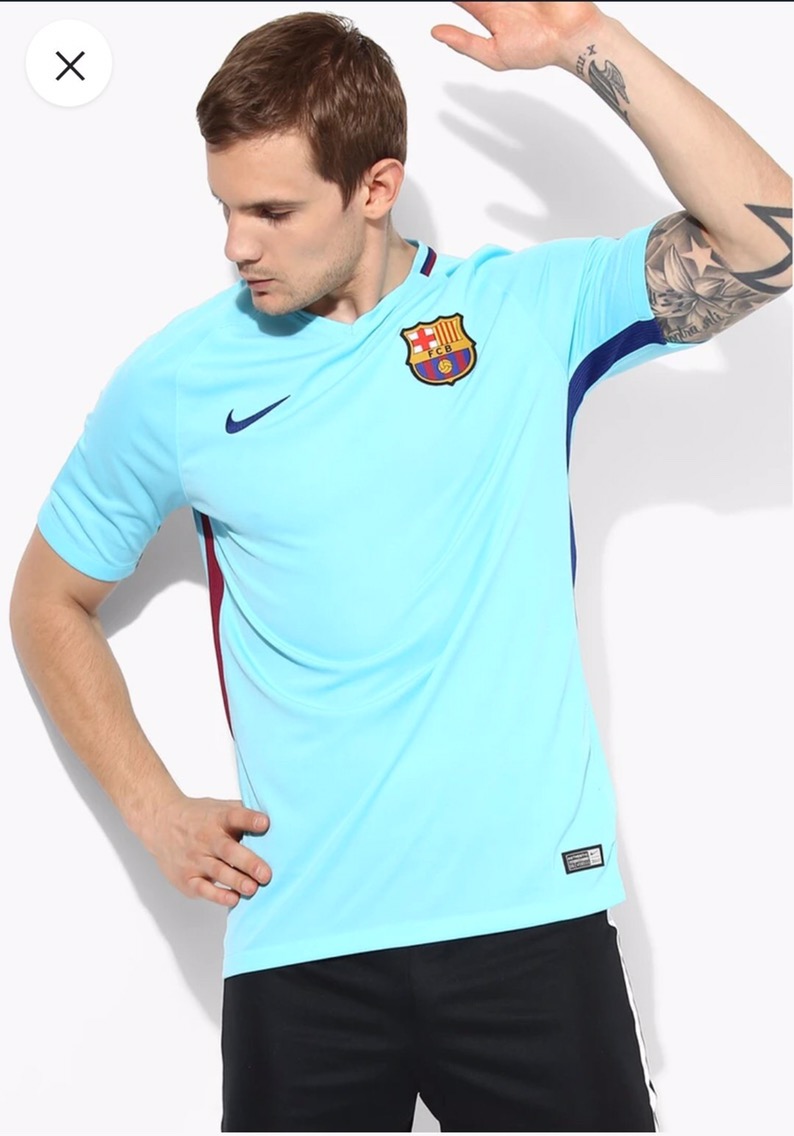 A light blue number which if the past is anything to go by, will be accompanied by dark blue shorts. Nike’s template of tonal sleeves continues with the ribbed effect making them seem slightly darker than the shirt body.

A red stripe runs from sleeve cuff to hem on the right side of the shirt. On the left side of the body is a blue stripe, pulling together the club’s traditional colours.

Around the back of the neck is a dark blue band.