FC Barcelona will give their new third kit its debut in their Champions League match against Borussia Monchengladbach.

Although there is no colour clash between the two home kits, Barca will grace the Stadion im Borussia-Park pitch in all-green. Teal and mint green is the official Nike colourway, set in the promotional poster against the vapor trail background. The two colours representing energy and green glow. 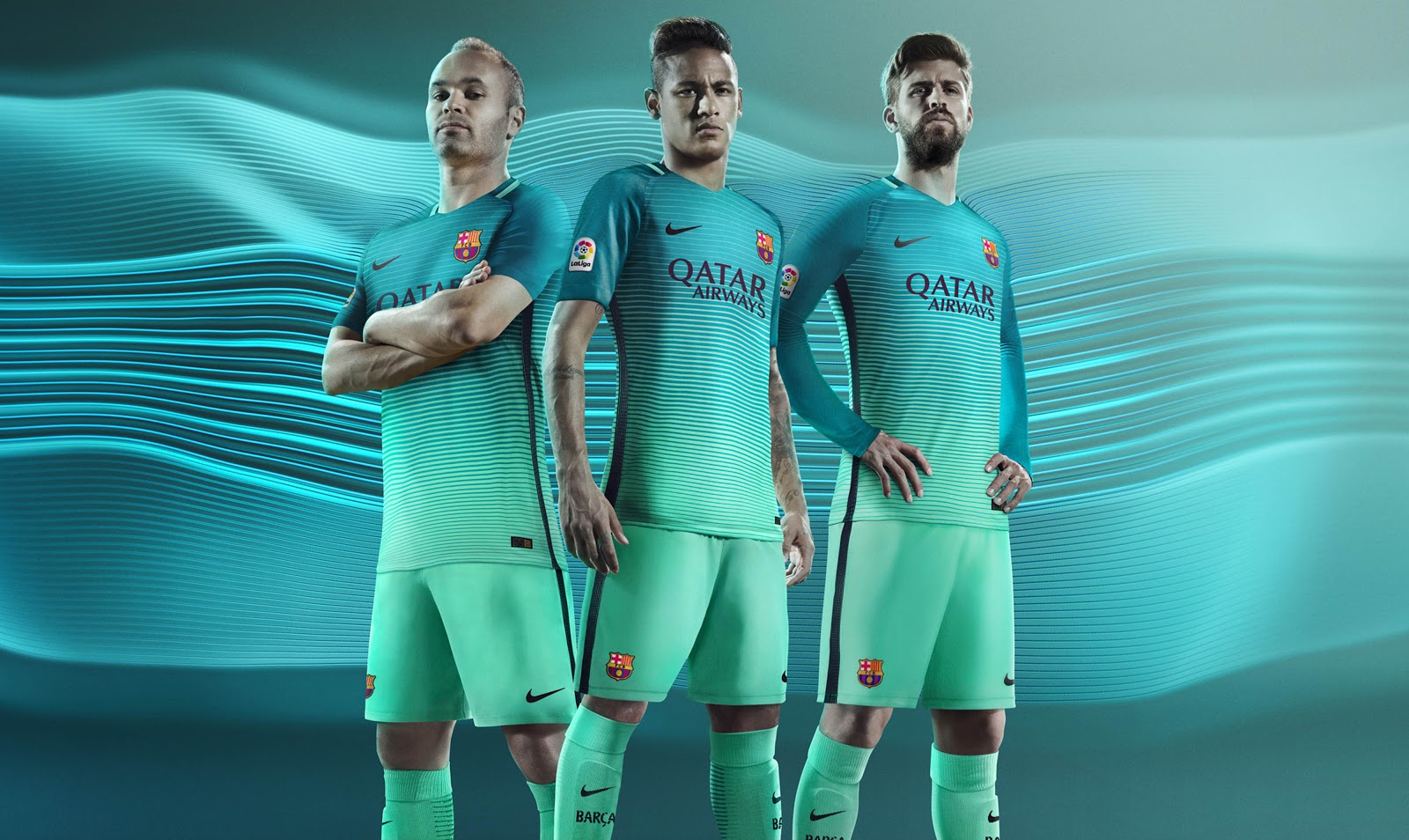 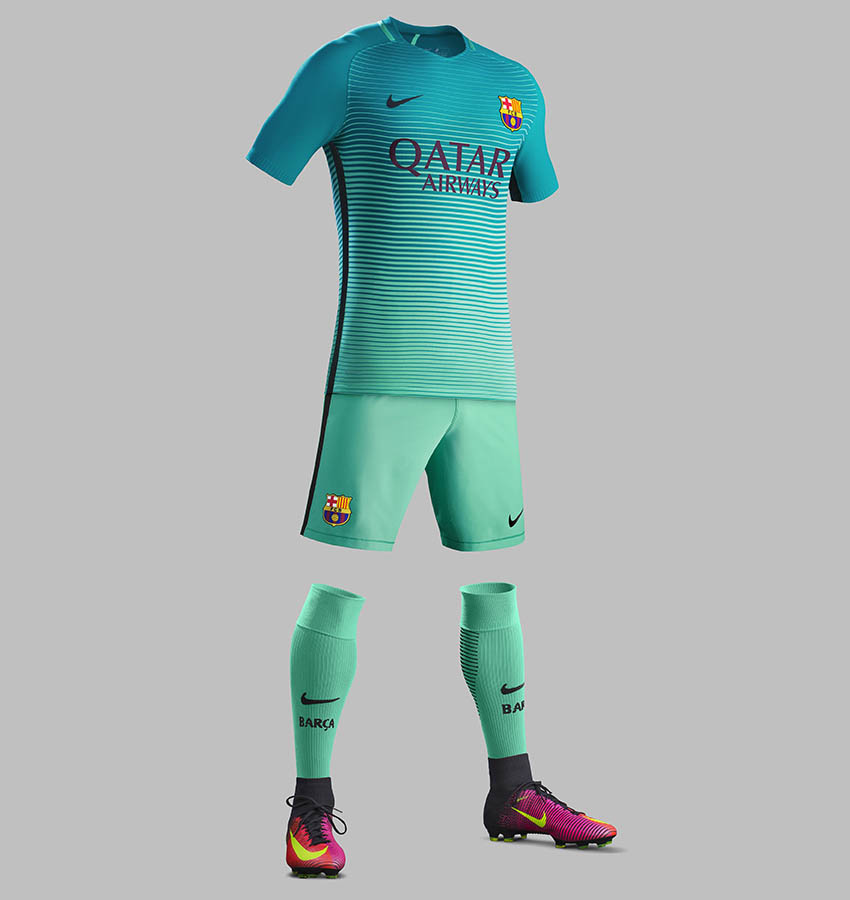 The shirt is multi-coloured whilst the shorts and socks are monochromatic. Teal at the top of the shirt gives way to the mint green via a series of horizontal bands. These increase in thickness as they travel down the jersey.

The trim on the shirt is black, featured in the stripes down the side of the shirt and shorts, as well as in the manufacturer and sponsor logos. Around the collar, there is a mint band.

The design has been used to mixed effect this summer. Manchester City’s orange monstrosity is probably the worst of the lot with Internazionale pushing them hard.

This one is a slow-burner. Initially, bringing tears to the eye but improving with more views. It will be interesting to see how it looks in reality.