Championship side Barnsley completed their 2016/17 kit range with the issue of their third strip for this season. The season started well enough for the Tykes with five wins in their first eight games. Their form trailed off in the games immediately preceding the international break with only a point against Aston Villa to show from the nine on offer.

Painfully, the final game was a 2 – 1 defeat in the Yorkshire derby at Elland Road. 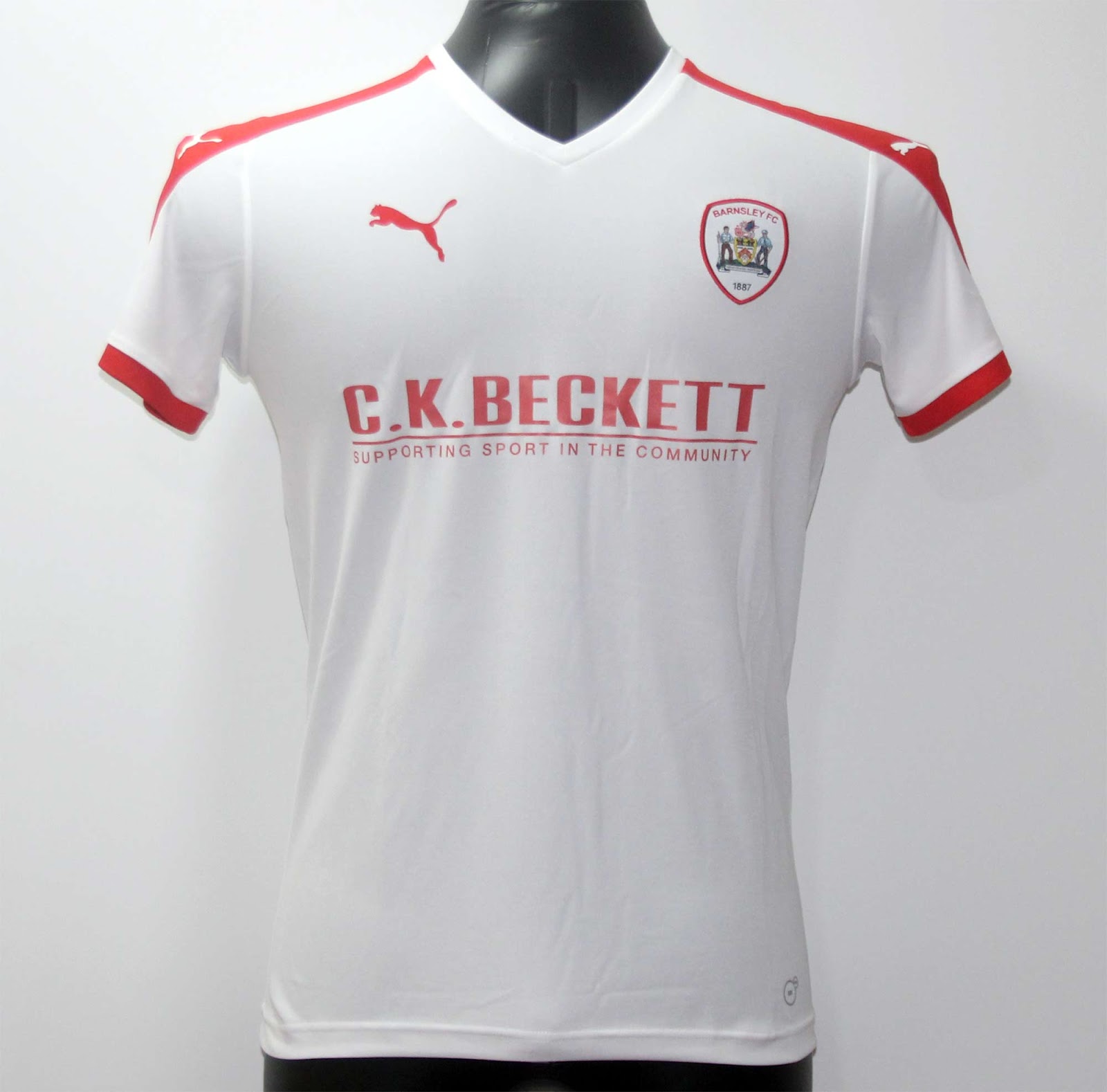 The kit’s colourway is white and red, inversing the club’s traditional colours with the white dominant.

Trim in the form of a solid shoulder stripe leading to single band cuffs on the sleeves, is red. The collar is a white v-neck. Primary shirt sponsor CK Beckett, has their logo in red across the chest, with Puma’s logos featuring in red or white on the shirt. The club crest is enclosed by a red border.

On the reverse of the shirt, secondary sponsor Palmer, has their logo above the player identification tags.

Red shorts with a thick white band down either leg complete the kit, alongside plain white socks.

It’s a simple unfussy kit; very Yorkshire. Down-to-earth and doing exactly what is says on the tin.