They play at the highest level of German football and compete with legendary names such as Bayern and Dortmund. Their stadium: The Bay arena can hold over 30,000 and their current manager is Heiko Herrlic. While these are great facts taken from two minutes-worth of research on the internet, the design that went into the club’s newest away kit is far from rushed. It has to be one of the most beautiful away kits the author has seen and we here at UK Soccer Shop truly believe that this is a spectacular kit. 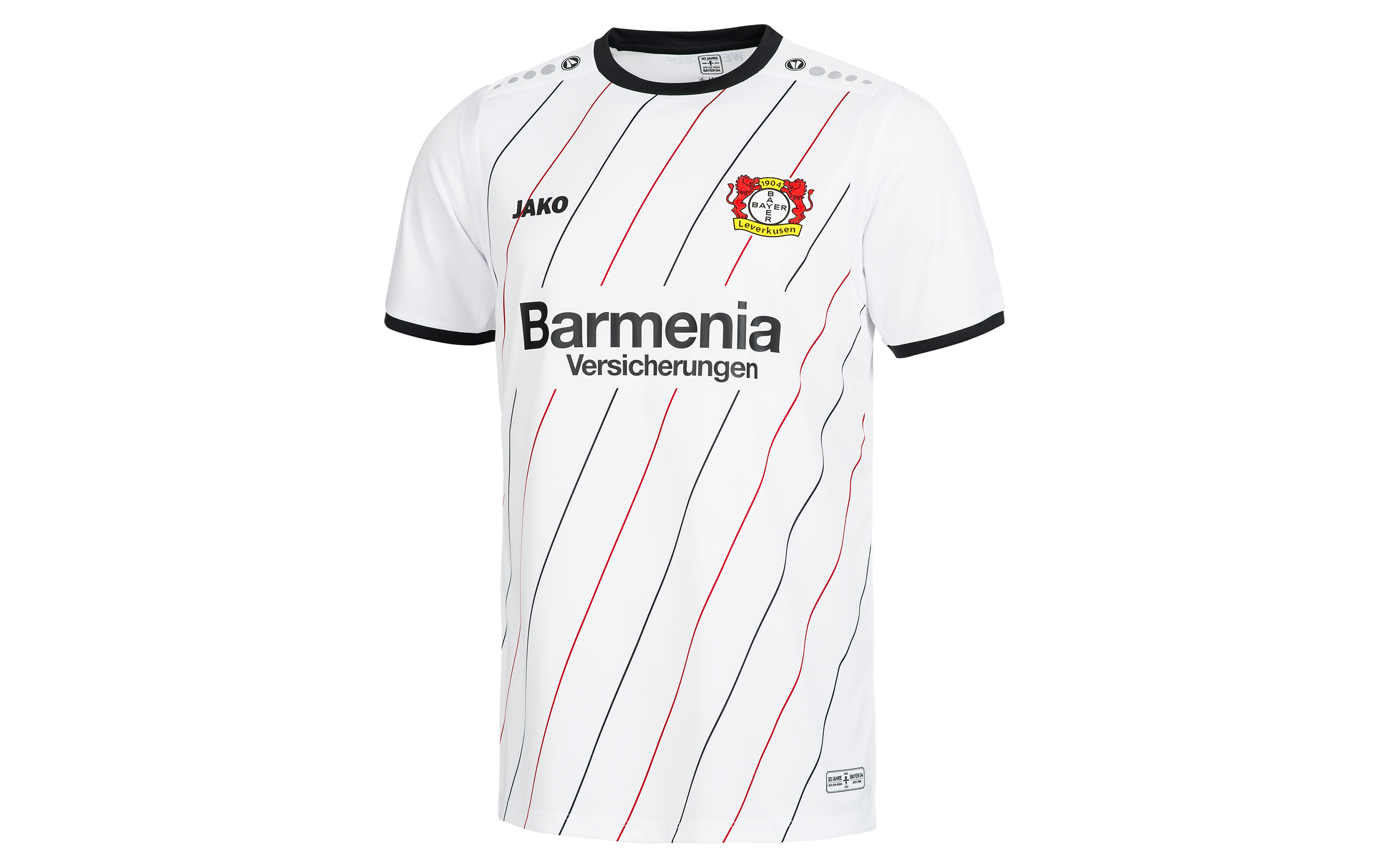 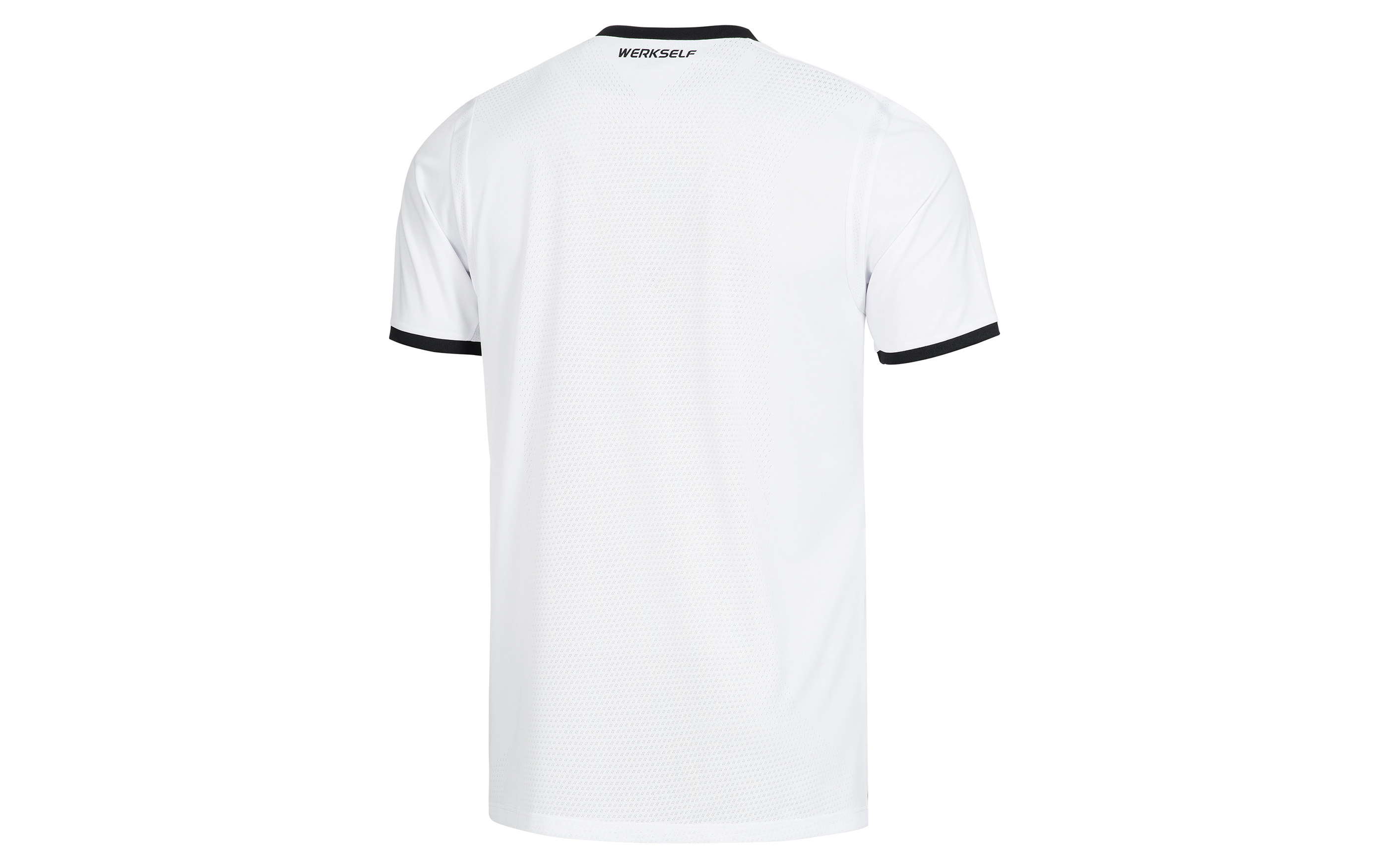 The club’s previous away kit was red with a black stripe running diagonally across the chest. It was simple and effective but in our opinion, nothing compared to the new release.

The kit top is white. Not white in the same way that the New York Cosmos was, but white in the way that a sleek, smart kit is after a huge amount of thought and planning. The jersey has thin, black and red stripes running diagonally which looks so stunning when combined with the black trim around the collar and at the bottom of the sleeves. Across the shoulders and down the sides of the shorts are lines of Jako’s logo. 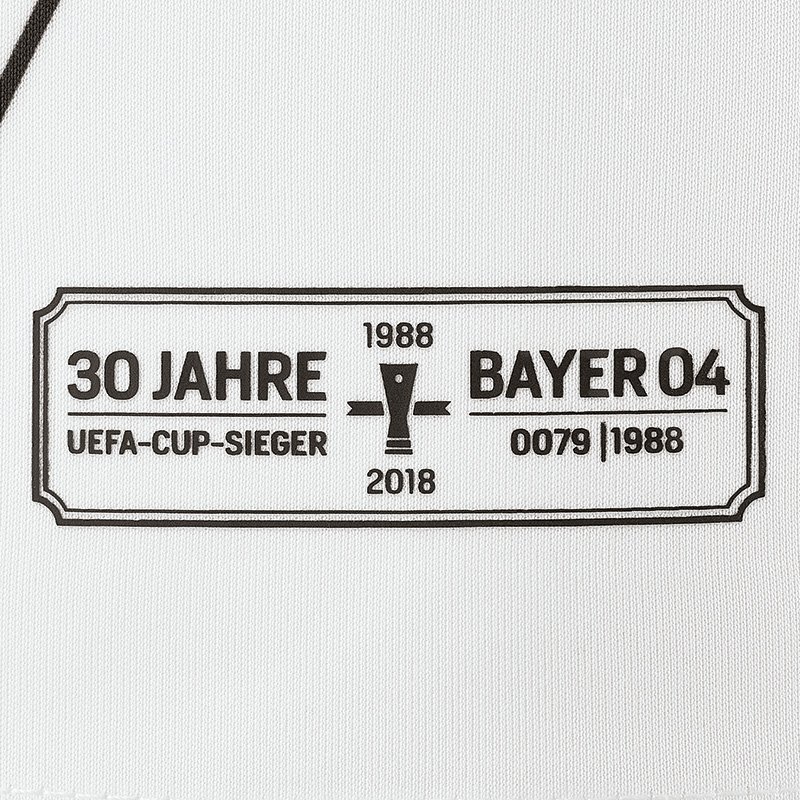 After seeing away kits which are too cluttered and messy, with no real consistency, it really is incredibly refreshing to see an bright design like this. With the simple design ideas on a white background, the logos aren’t lost in a mess of colour, nor do they lose their boldness against a clashing colour.

The kit honours the club’s 1987/88 season whereby the UEFA cup was won in a dramatic penalty shootout against Espanyol.

Every football fan is hopeful of next season for their own club, they want promotion, a title, something to justify their commitment, however this away kit makes us honourary supporters of the German club. It’s a brilliant design and we’re suckers for kits that mark historic moments.