Continuing the slew of major club third kits which have been released in the last day or so, Bayern Munich have released theirs for the 2016/17 season.

The German giants, Bundesliga champions for a record fourth consecutive season in 2015/16 have been busy adding to their squad.  Renato Sanches and Mats Hummels have joined for the best part of €100m whilst notable departures include Mario Götze who returned to Borussia Dortmund. 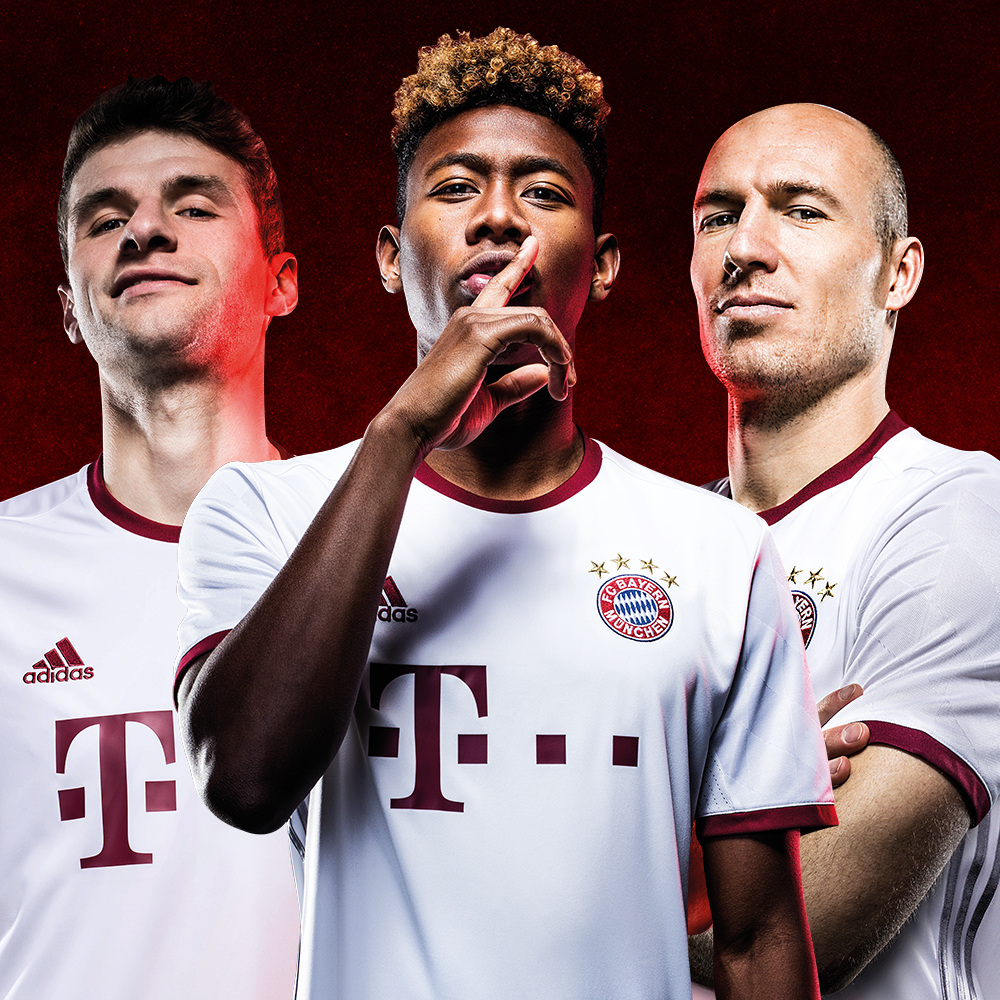 This is the Bayern Munich third kit for the coming 2016/17 season: 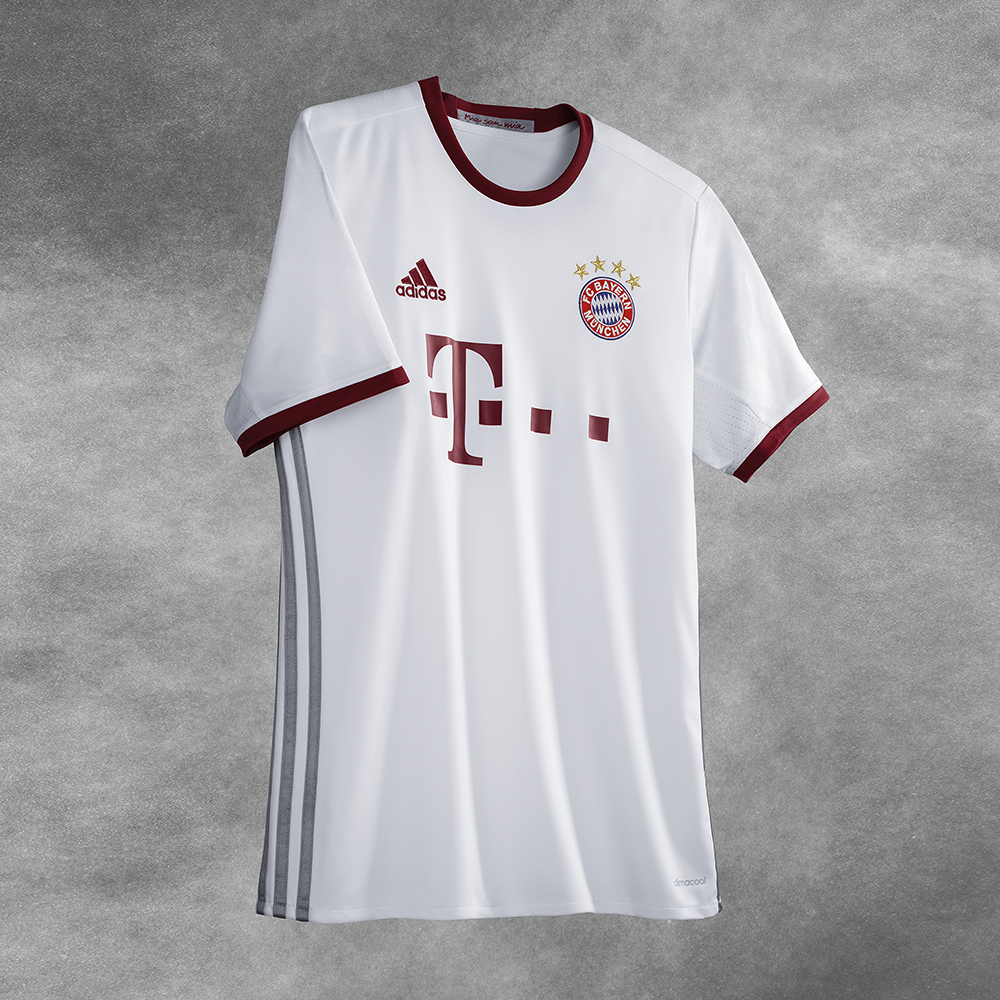 The shirt is a similar template to Manchester United’s. The key difference is the absence of the honeycomb pattern across the shoulders; Bayern have opted for a subtle diamond pattern on the sleeves. This reflects the club’s Bavarian heritage, forming part of the club crest and the region’s flag.

Against the white background, the trim is burgundy and silver. The round neck collar and shirt sleeve cuffs are in the former colour whilst Adidas’ trademark Three Stripes are in the latter. They run from the underarm to hem down each side of the body. 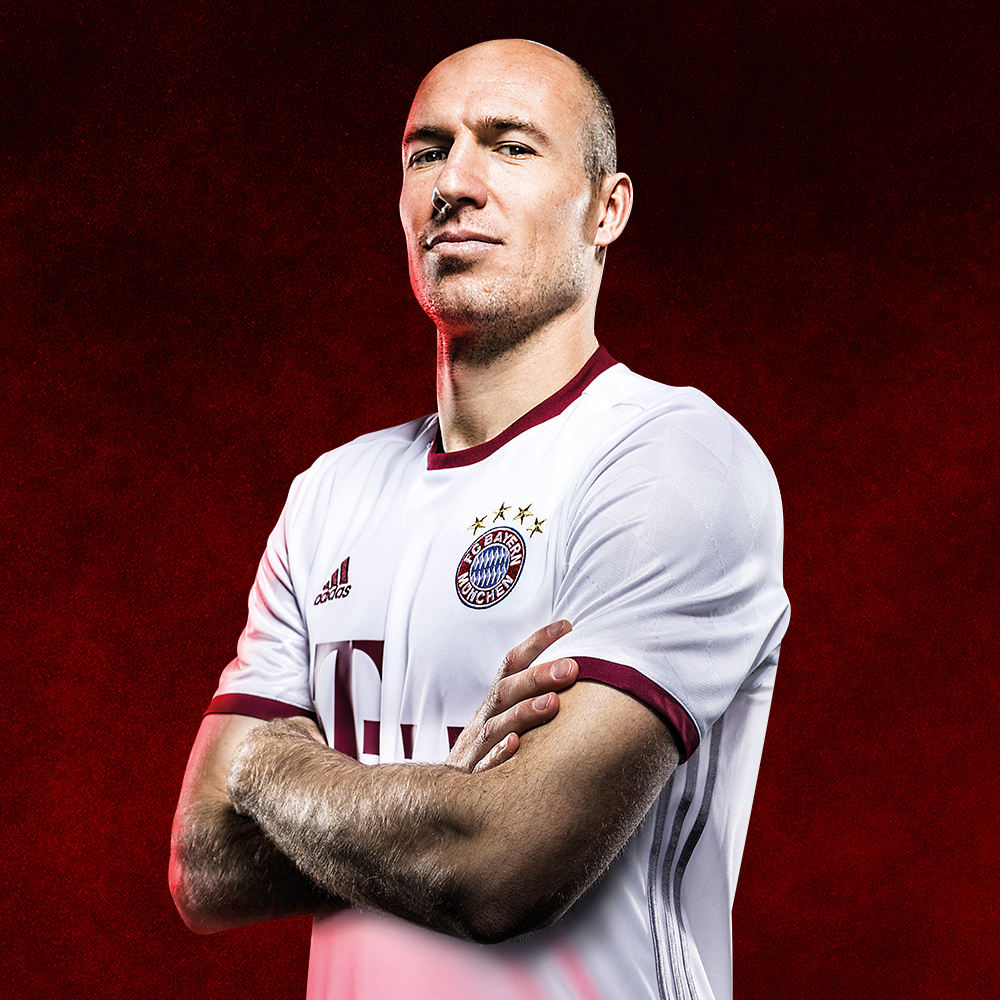 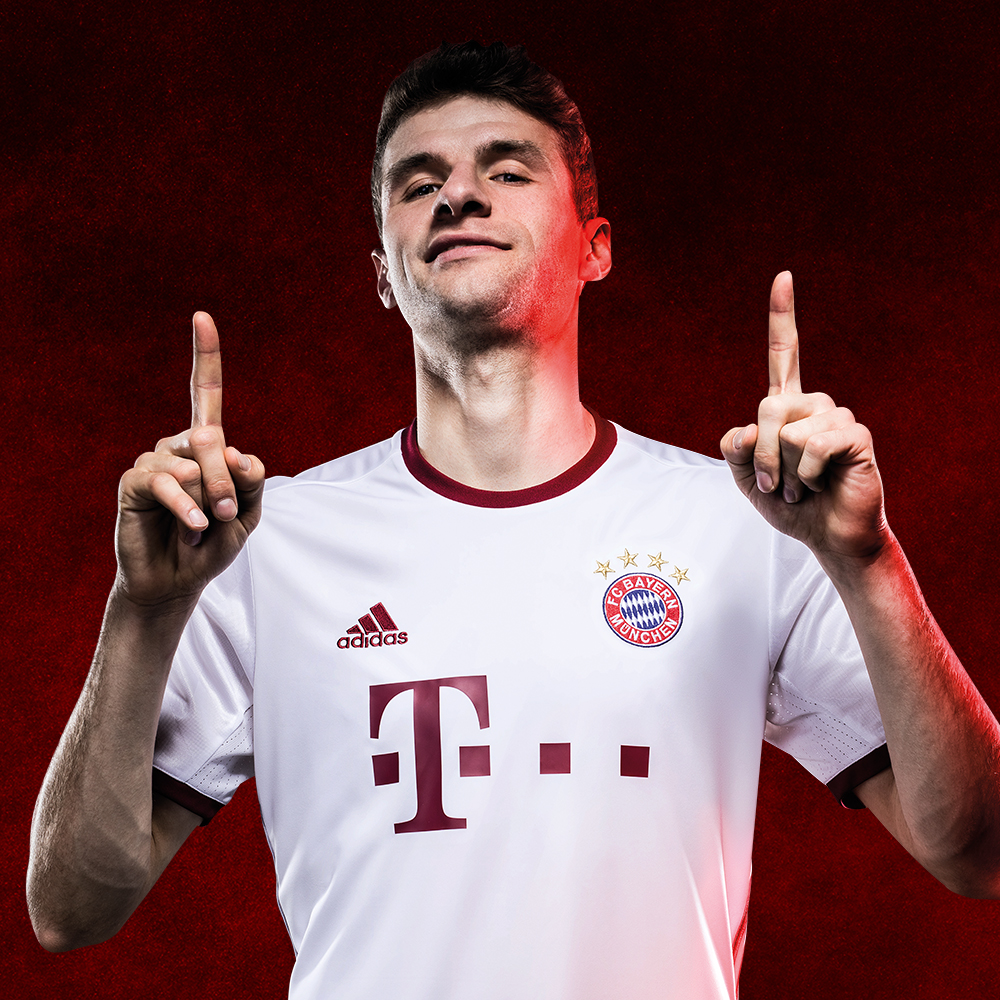 The shirt also features the Bayern Munich motto “Mia san mia,” which translates as “We are who we are,” on the inside of the shirt’s collar.

On the front of the shirt, manufacturer and sponsor logos appear in burgundy whilst the club crest appears unsullied in its true colours.

Completing the kit, the shorts are burgundy with three silver stripes on the outside of the leg. The socks are white with burgundy trim. 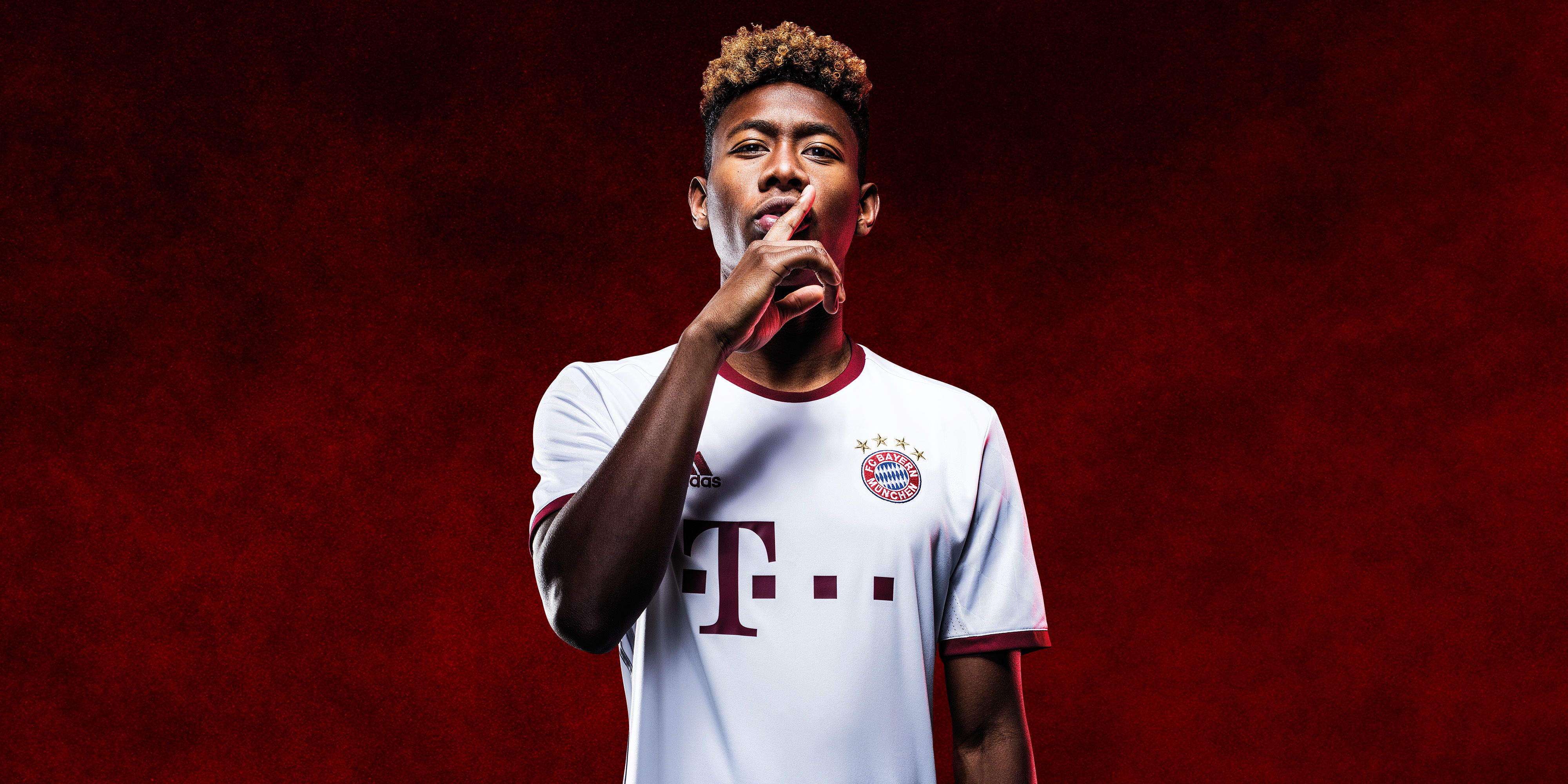 The kit will be used mainly as the away strip in the UEFA Champions League although it will be used domestically if the need arises. It’s a stylishly simple kit with the silver accents a nice twist on an otherwise straightforward template.