Bayern Munich revealed their 2017-18 away kit recently. Once more manufactured by Adidas, it is inspired by the 1997-98 home shirt. It wasn’t a particularly memorable year, even if it got off to a flying start.

They lifted the first DFB-Ligapokal to be held since 1972, a gap of 25 years. It was the equivalent of the Watney’s Cup and Bayern beat Stuttgart 2 – 0 in the final. The same scoreline saw off Dormtmund in the semi-final. 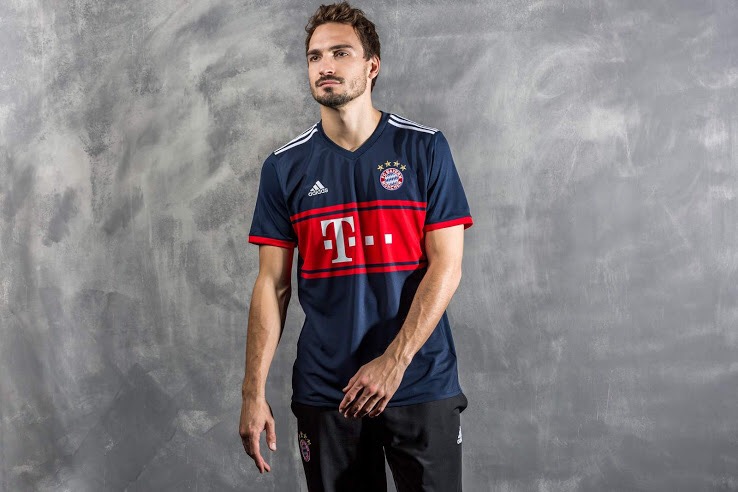 The DFB-pokal final ended in heartbreak, losing to Werder Bremen on penalties, 4 – 5. A German team losing a shootout? It could only happen against another German team.

But it was the Bundesliga which gave the biggest shock. Bayern were runners-up to Kaiserslautern, who won both meetings between the team that season. 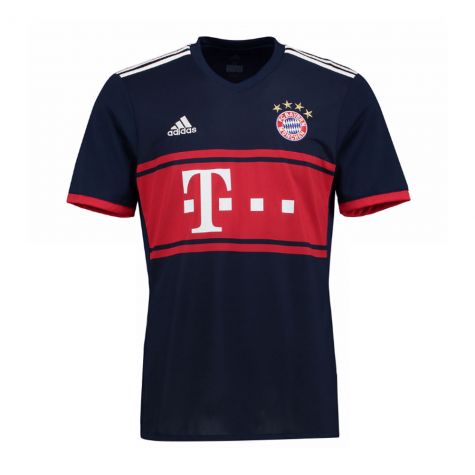 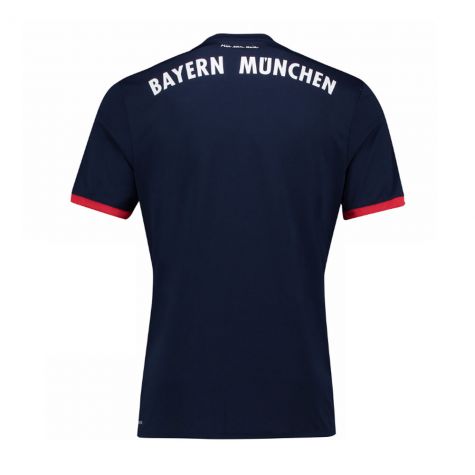 The shirt is dark navy blue, with red trim in the form of sleeve cuffs and three horizontal chest bands. Either side of the thick central band are two thin bands.

T-Mobile, the club’s sponsors, see their logo hosted inside the central band in white. Adidas logo and Three Stripes – across the shoulders – are also white.

Completing the kit are blue shorts with red bands at the bottom of each leg, while the blue socks have red accents.