Bayern Munich, German Bundesliga champions for the umpteenth consecutive year, are reliving their 1970s heyday. Leaked images of their 2017-18 home kit suggest that 1976 was the inspiration for Adidas’ designers. 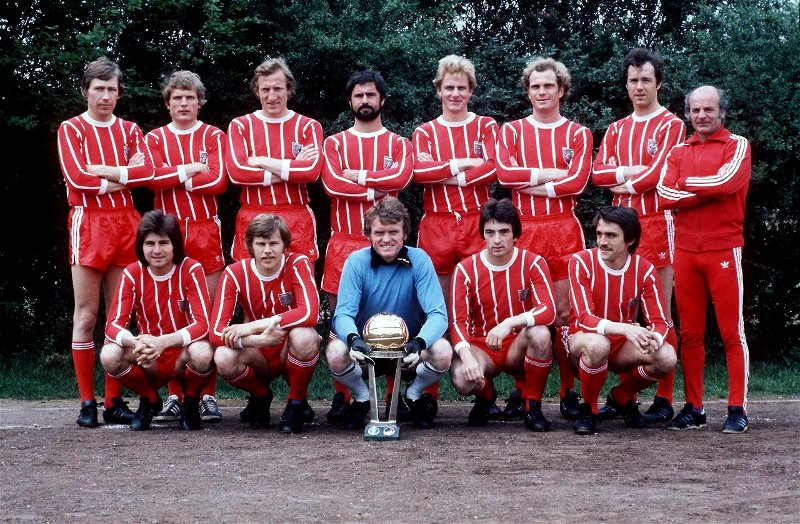 That squad, photographed here with the Intercontinental Cup. They beat Cruzeiro 2 – 0 on aggregate in their first appearance in the final. Which was a surprise as they were European champions for three consecutive seasons.

In 1974, Atletico Madrid – beaten 4 – 0 in the only replayed Champions Cup final – beat Independiente 2 – 1 on aggregate after Bayern declined to play. Twelve months later, the Bavarians said they would play but then didn’t as they were ‘unable to find compatible dates in their calendar’.

So 1976 was their moment. A 2 – 0 win in Munich was followed by a goalless draw in Belo Horizonte and the Cup was theirs.

Which brings us onto the…

A direct reference – an homage, as the kit companies call it – to the mid-70s: 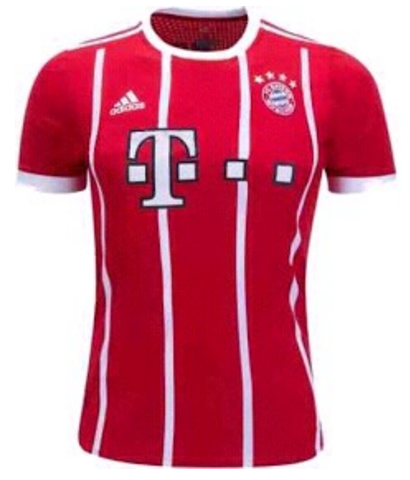 The red and white stripes are a familiar feature during Bayern’s history. All manner of thicknesses bar an Ajax-style red band down the front of the shirt surfaced down the years.

Four stripes appear on the shirt’s body with a plain back. Bar the T-Mobile logo on the front, there is very little difference to the original 1970s design.