His future might be up in the air with a decision on whether to join Arsenal put on hold until after Euro 2016 but Jamie Vardy’s stock has never been higher as his incredible rise from non-league football continues with the Leicester City striker in our best selling Euro 2016 shirts ahead of the start of the tournament on Friday. 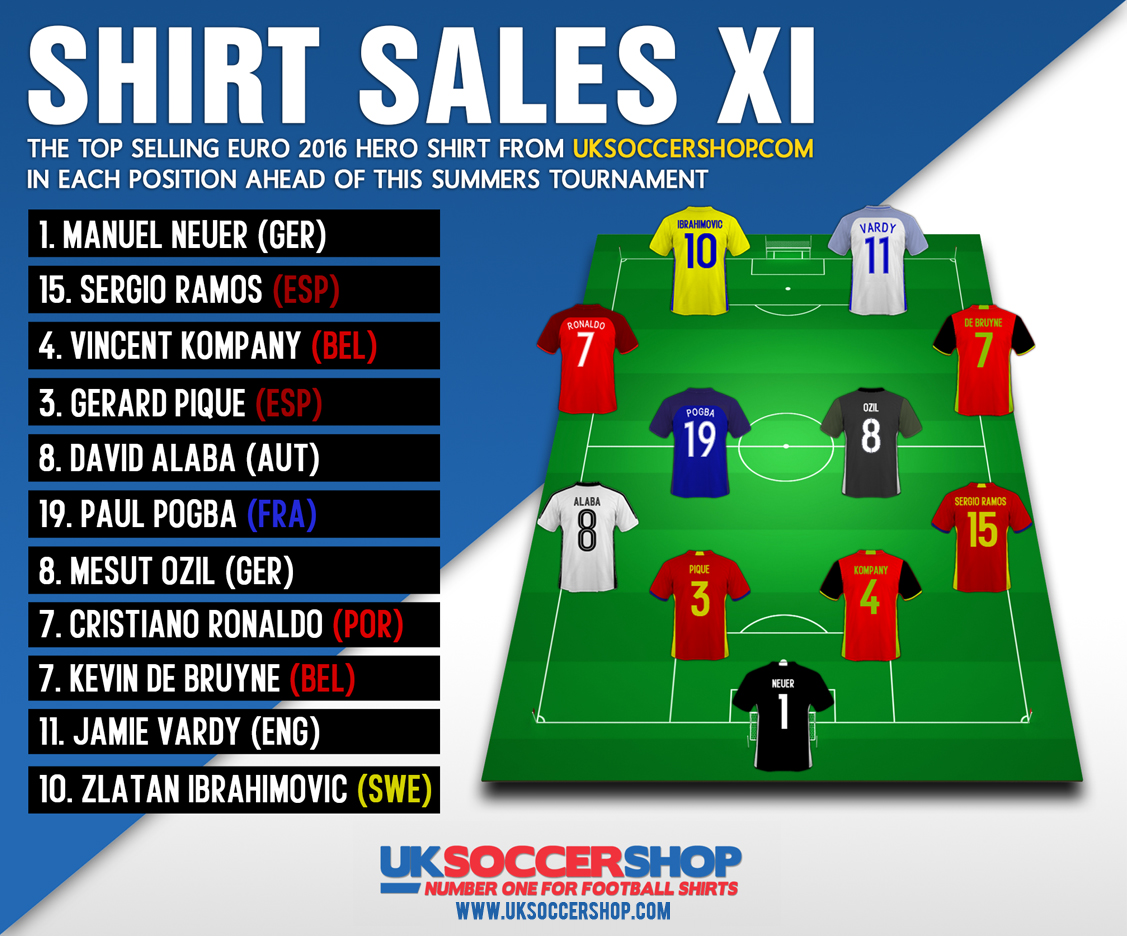 Vardy partners Zlatan Ibrahimovic – who he may well face off against in the Premier League next season – as the most popular forwards from our customers, narrowly pipping Tottenham striker Harry Kane and Everton hitman Romelu Lukaku.

Interestingly, only 4 of the starting XI are based in the Premier League with Manchester City’s Vincent Kompany and Kevin de Bruyne joining Arsenal’s Mesut Ozil.

It is a fearsome starting XI and one that would be strong favourites to win the tournament.

The data is compiled based on sales of Euro 2016 Football Shirts at UKSoccershop.com