Birmingham City, fighting for their Championship survival, don’t only have a defence which leaks goals. It seems the club suffers commercial leaks as well. The picture below, believed to come from an Adidas catalogue, suggests a hint of retro is the design. 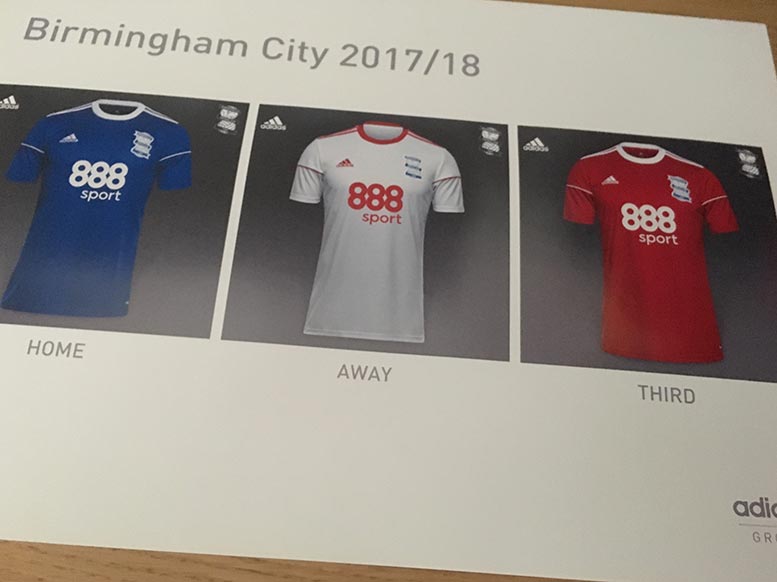 The Blues kits hark back to happier times. 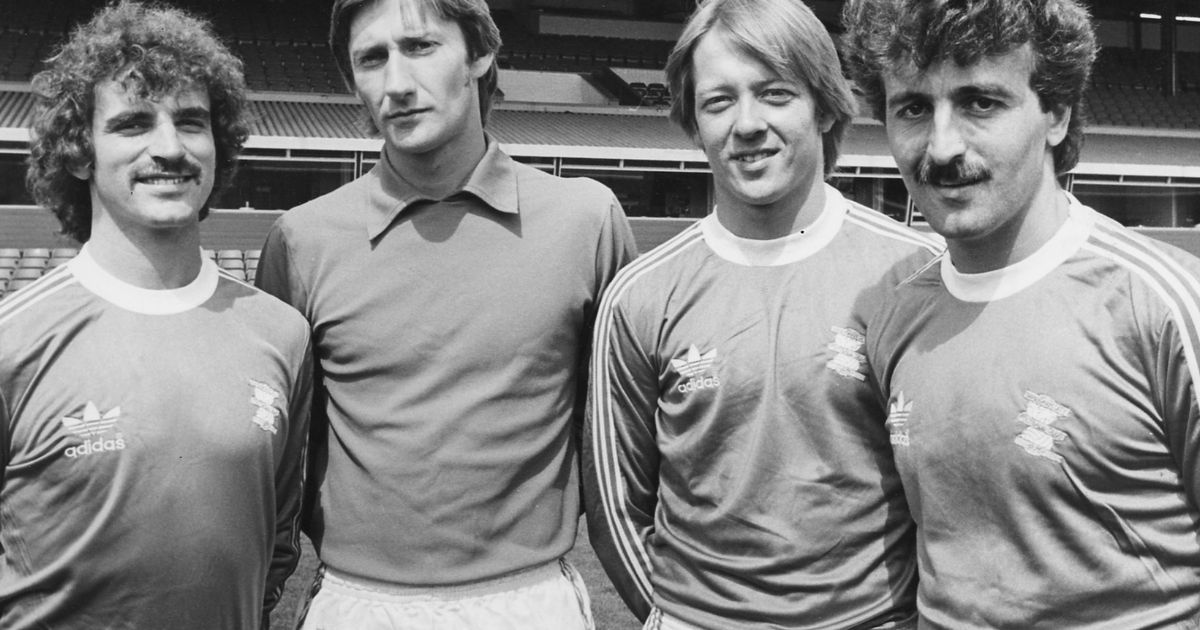 The home kit takes a similar form to the 1979 Adidas template. Shimmering blue with three white stripes, the shirt from forty years ago features full sleeve accents. However, the 2017 version has Three Stripes across the shoulders.

A full, white round-necked collar adds to the hints of the past.

The away kit is the same template, swapping white for the blue base colour, with red accents. Red has long featured in Birmingham’s away kits, as far back as the early 1970s and before.

The club’s 2017 third kit is red with white trim and Three Stripes. It’s expected to be an all red kit, interchangeable with the white shorts of the away kit.

All three share the same template and are far from bespoke. Is this a sign of the club not shifting the units they might expect or Adidas losing interest in a contract which still has three years to run?