Blackburn Rovers, fifteenth in last season’s Championship, could be forgiven for wondering if the Premier League title they won 21 years ago was just a dream. It seems such a long time ago; a golden era of Shearer and Dalglish, of Europe although the less said about Batty and Le Saux fighting in the cold of Moscow, the better.

Whilst much has changed about the club off the pitch since then – and quite a lot on it as well – the kit remains the same. Or similar; this is Umbro’s first Rovers kit of the new contract. 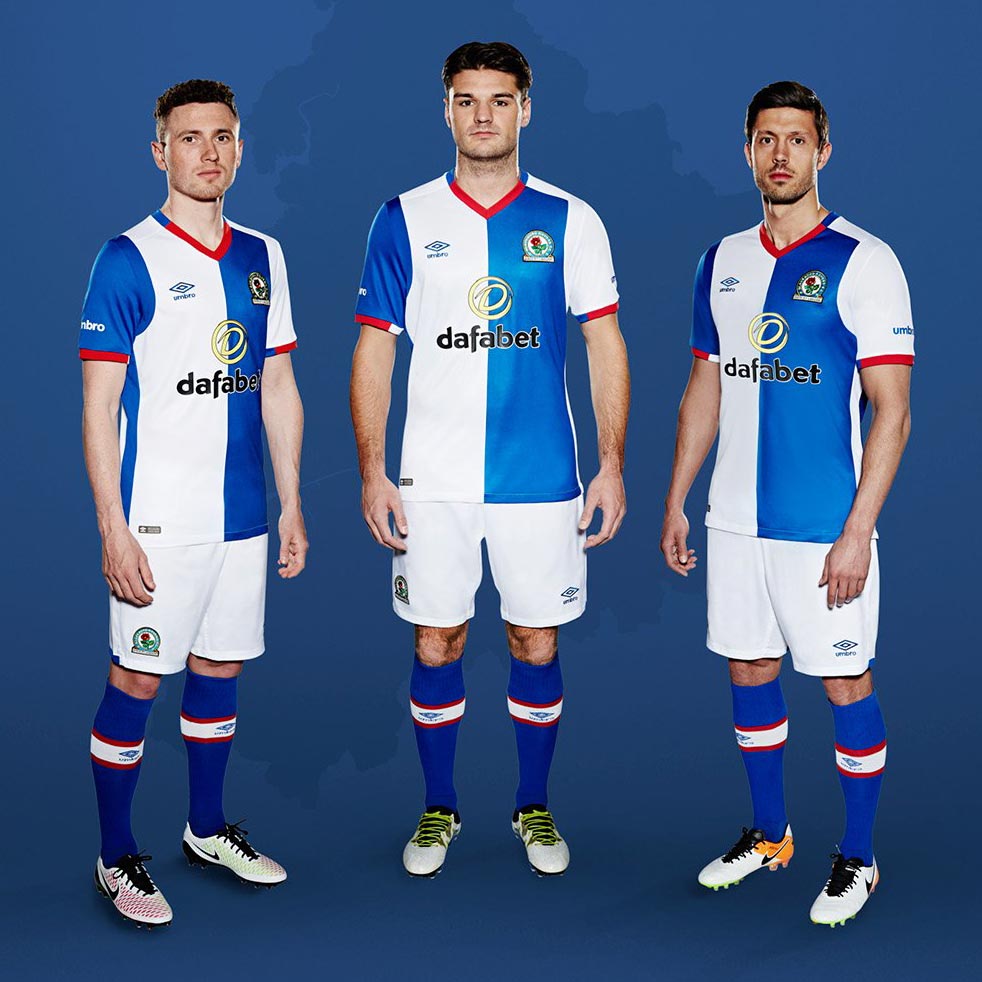 This is the home kit which Blackburn Rovers will wear during the 2016-17 season. 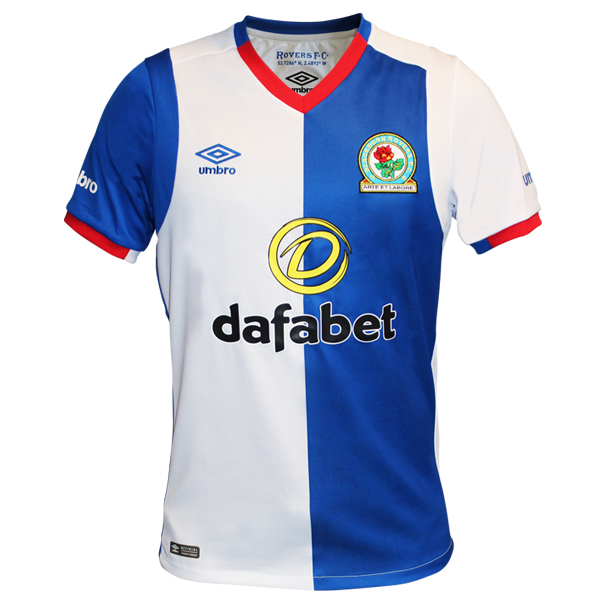 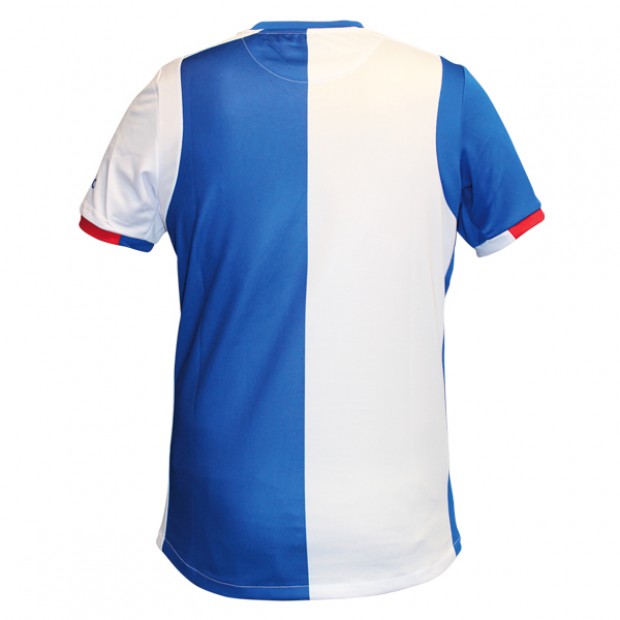 Umbro has revived the red collar template with a red collar, worn during the 1970s and 1980s, as well as a couple of occasions since. Indeed, Umbro was the kit manufacturer who first introduced that colour combination into the club’s kits in 1977. This time they have tweaked the design, a half-and-half red front with a blue reverse.

The halves are set differently to last year with the front white half running cleaning to the shoulder, separate from the sleeve and then down the back without interruption, offset by a clean blue sleeve.

The blue however, ends at the shoulder where a white panel extends across the shoulder and into a solid white sleeve.

Finishing the kit is plain white shorts with just the Umbro logo and club crest on the legs whilst the socks are blue with a red and white band around the calf. 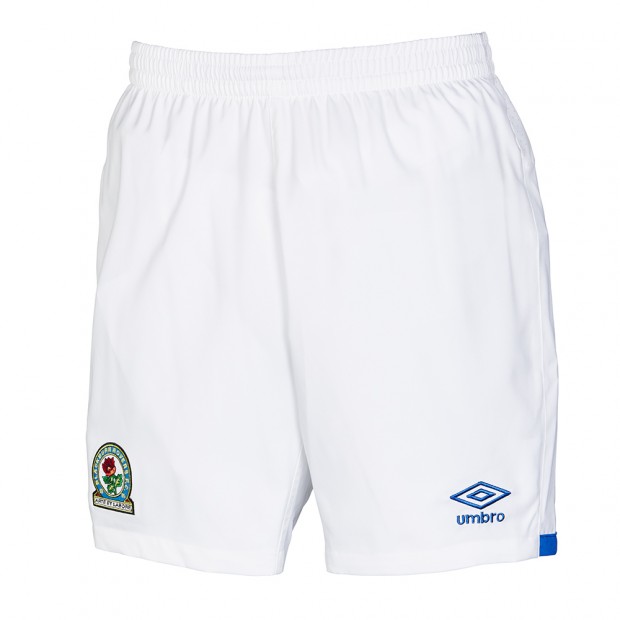 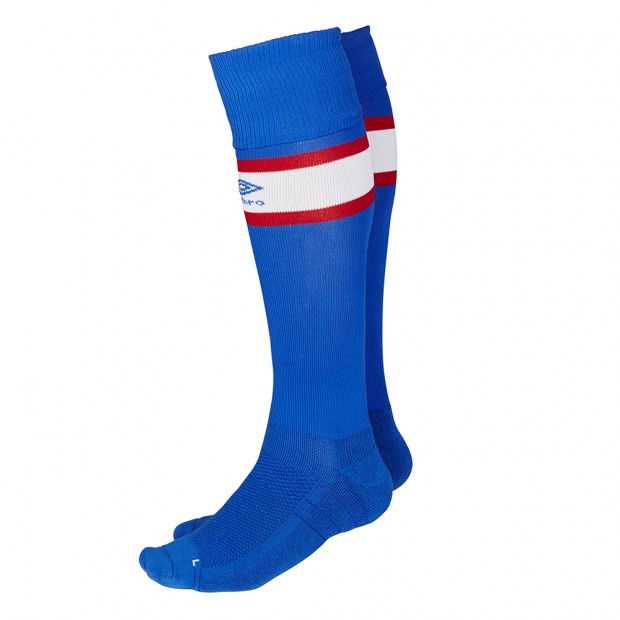 It’s a nice update on a traditional kit design; Umbro recalling their previous stint as manufacturer with a twist on an old template.