Australian A-League club Newcastle Jets have released a special Air Force kit after they announced that they will recognize their round eight clash with Brisbane Roar as the club’s inaugural RAAF Base Williamtown round.

RAAF Base Williamtown has over 2,000 families living in the Newcastle and Hunter Valley community and is Australia’s main fighter pilot training base. Newcastle Jets’ logo has featured three F/A-18 Hornets since Hyundai A-League’s inception.

Made to stand out on the pitch, the striking Newcastle Jets Air Force Kit boasts a unique all-over graphic print on the front showing four F/A-18 Hornets. The print is continued on the back of the jersey.

Apart from the bold design on the front, Newcastle Jets’ Air Force kit features black and blue applications. The sleeves come with an Air Force logo, whereas the front has a sponsorless look to offer a clear view at the one-of-a-kind design. 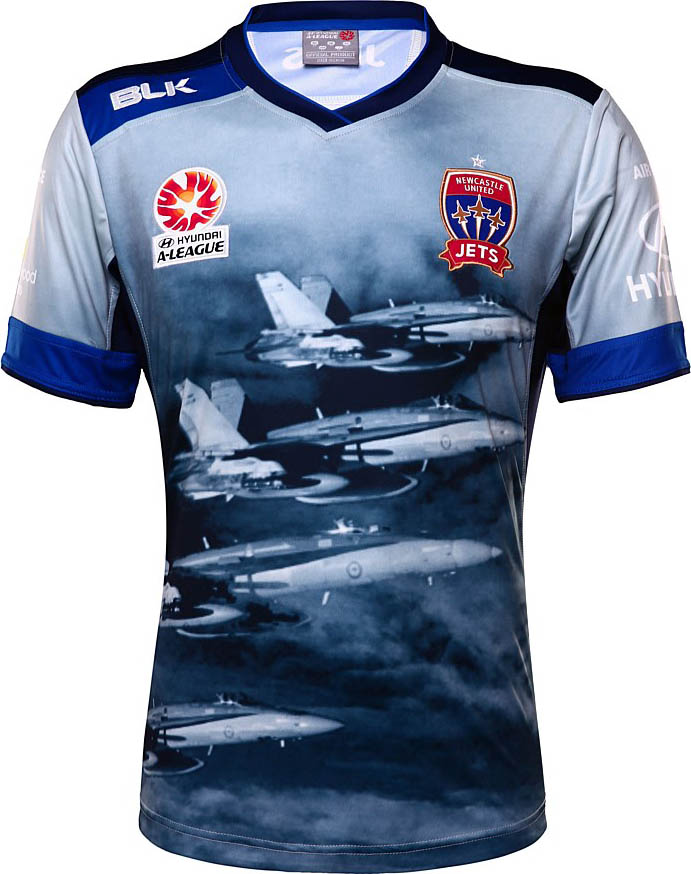