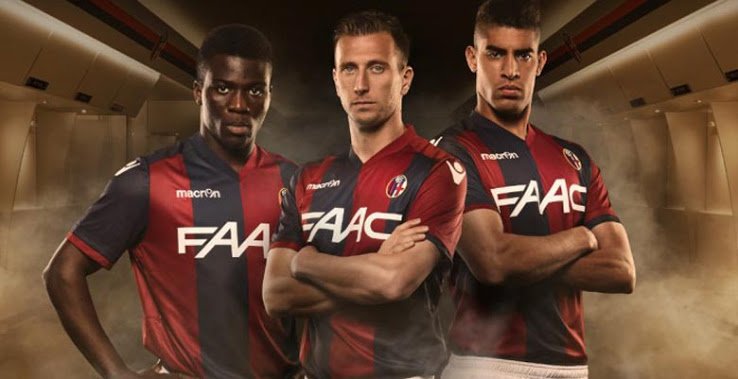 Bologna unveiled their home kit for the 2016-17 season during the 0 – 1 defeat to AC Milan yesterday. The Stadio Renato Dell’Ara was treated to Macron’s new design which keeps faith with the club’s traditional blue and red striped shirts.

I Rossoblu supporters must be happy with the new offering, keeping faith with the club’s heritage when many are tempted to tinker with traditions. The strong blue and red stripes give the shirt a classic air thanks to its simplicity. 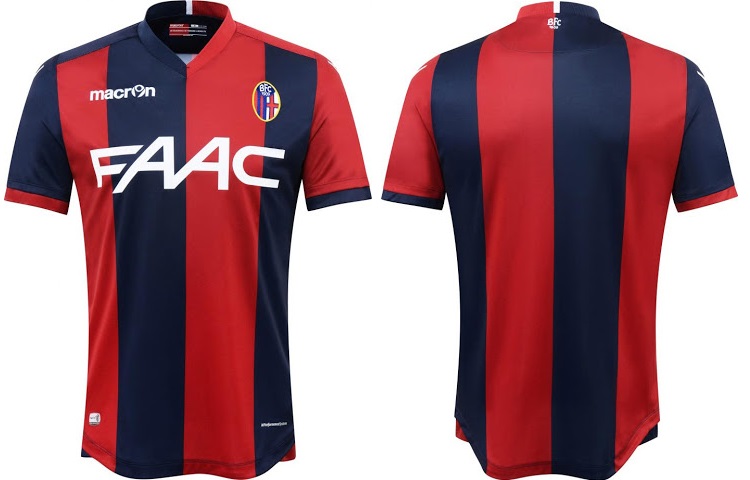 The alternate coloured sleeves with contrasting red and blue cuff give the shirt an even distribution of three blue and red stripes with the club’s crest sitting proudly on the left breast, combining Bologna’s colours and the city’s red and white cross from the coat of arms. 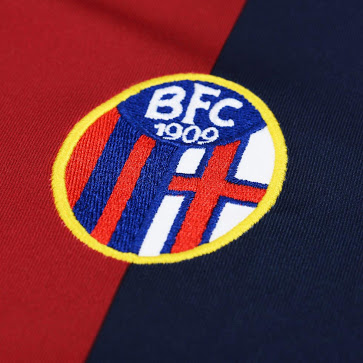 The shirt is understated in its adornments with a discreet BFC 1909 logo stitched on the reverse under the collar, keeping the design fresh and clean. 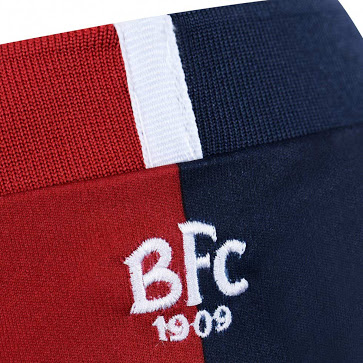 Finished off with white shorts and blue shorts with red trim, Bologna will be a reassuringly familiar sight in Serie A next season. 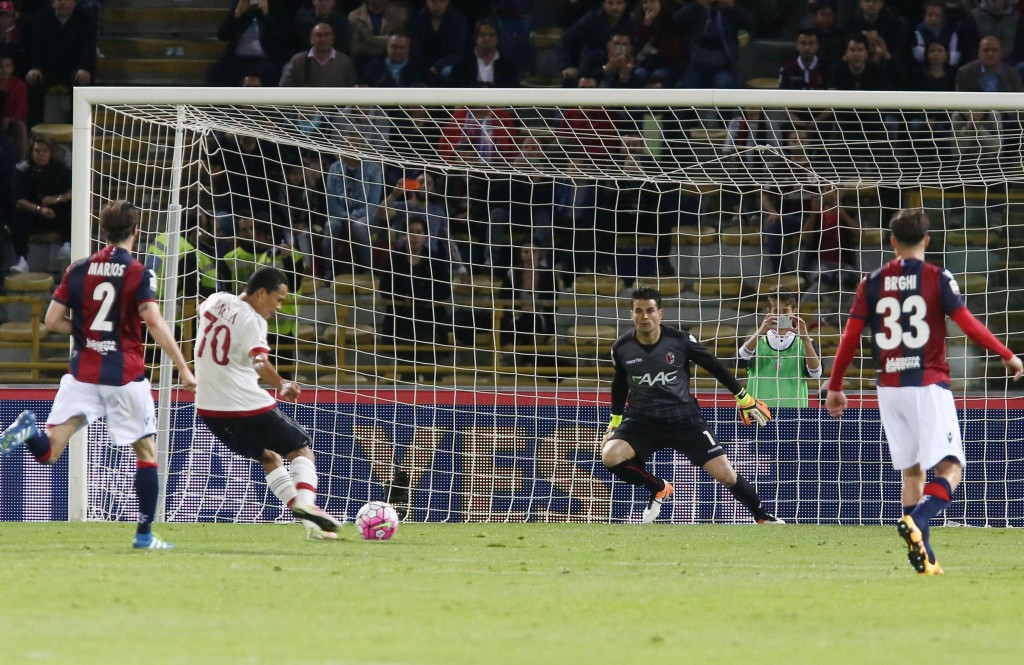