Bologna unveiled their home kit for the 2016-17 season during the 0 – 1 defeat to AC Milan on the final day of the last Serie A season. The Stadio Renato Dell’Ara was treated to Macron’s new design which keeps faith with the club’s traditional blue and red striped shirts.

The away kit has also been released. All-yellow, it has the feel of an old-style football kit. I Rossoblu are unusual in the Italian top flight: they have a shirt sponsor with FAAC emblazoned across their chest. 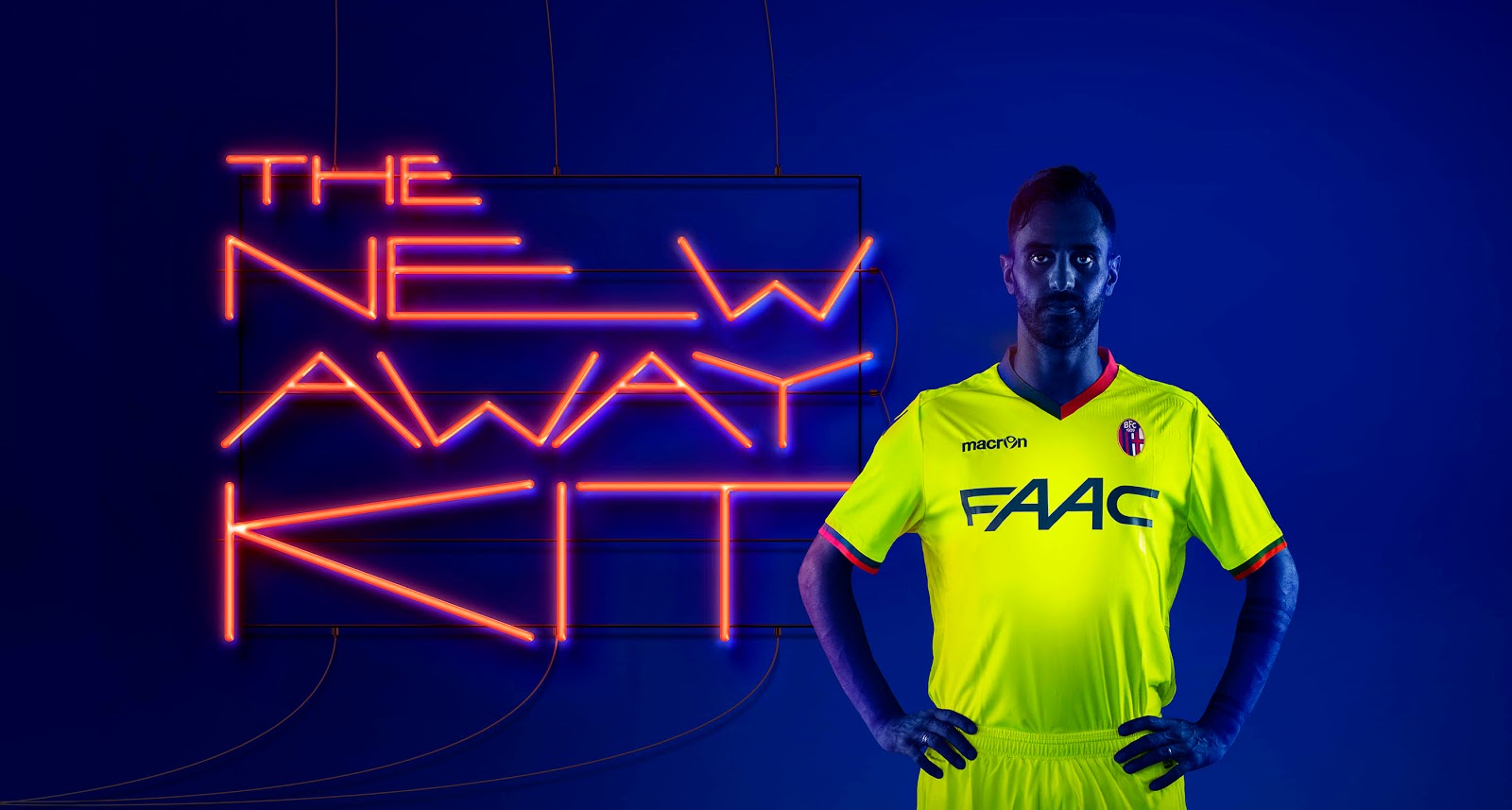 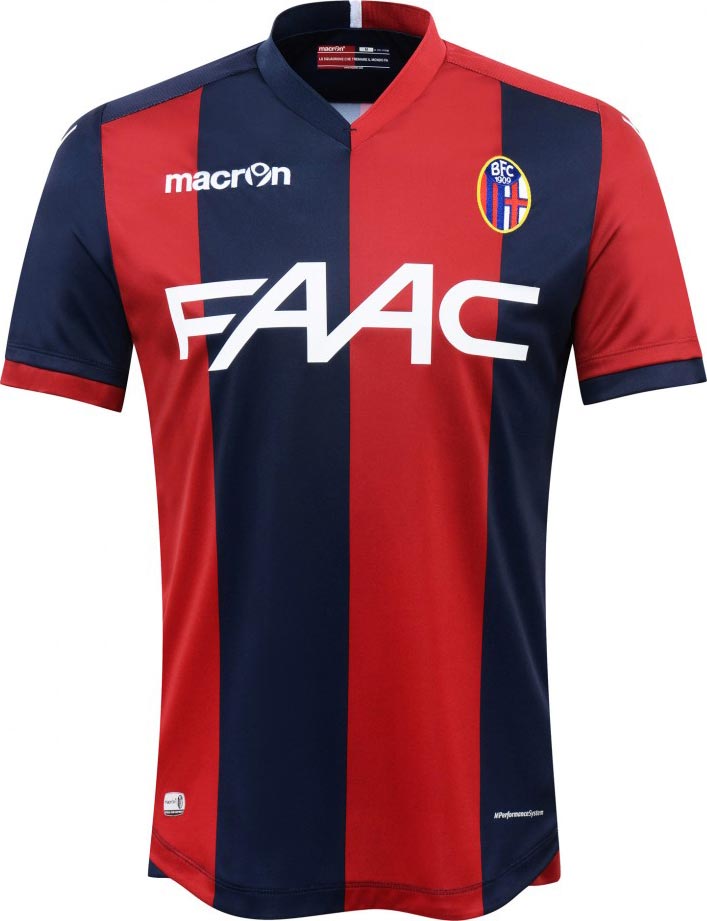 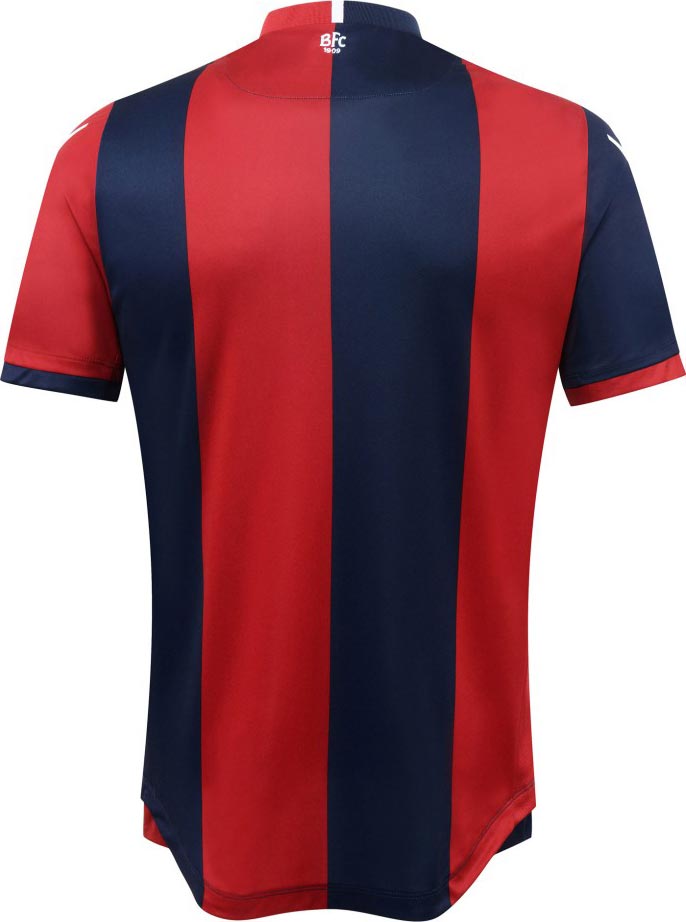 Macron’s design keeps faith with the club’s heritage when many are tempted to tinker with traditions. The strong blue and red stripes give the shirt a classic air thanks to its simplicity of the full-colour thick stripes. 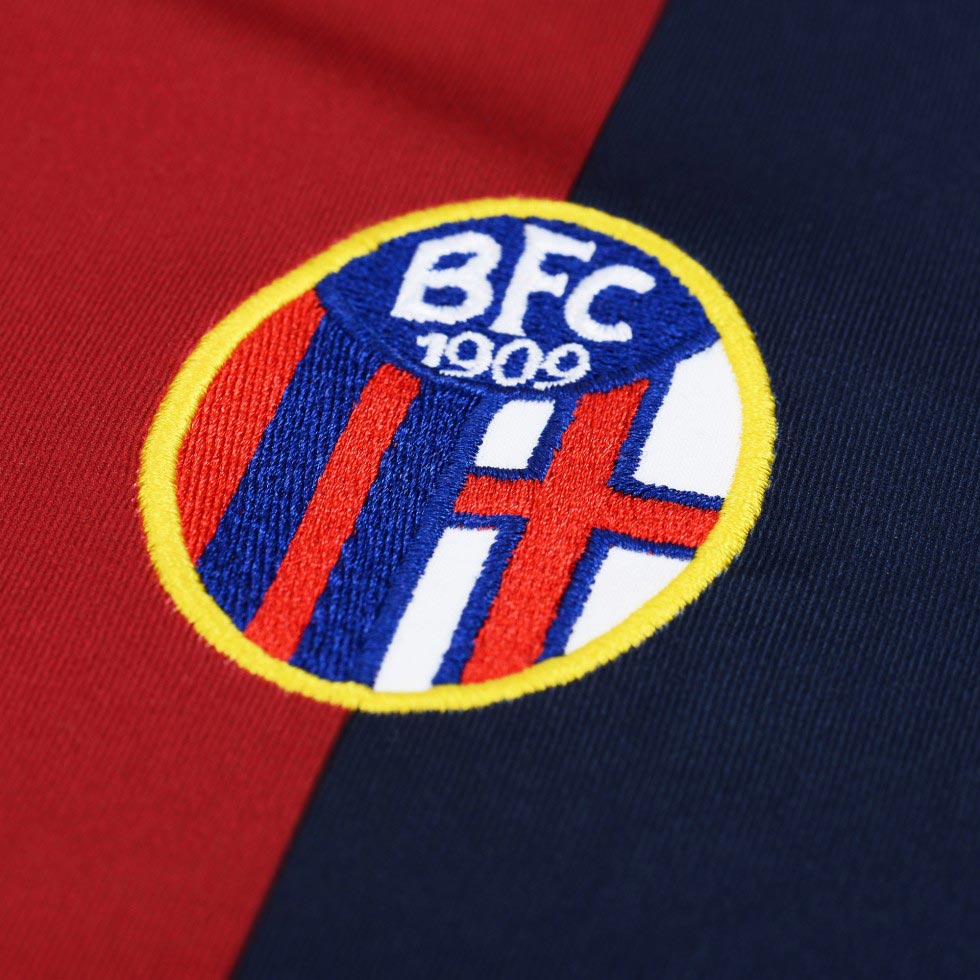 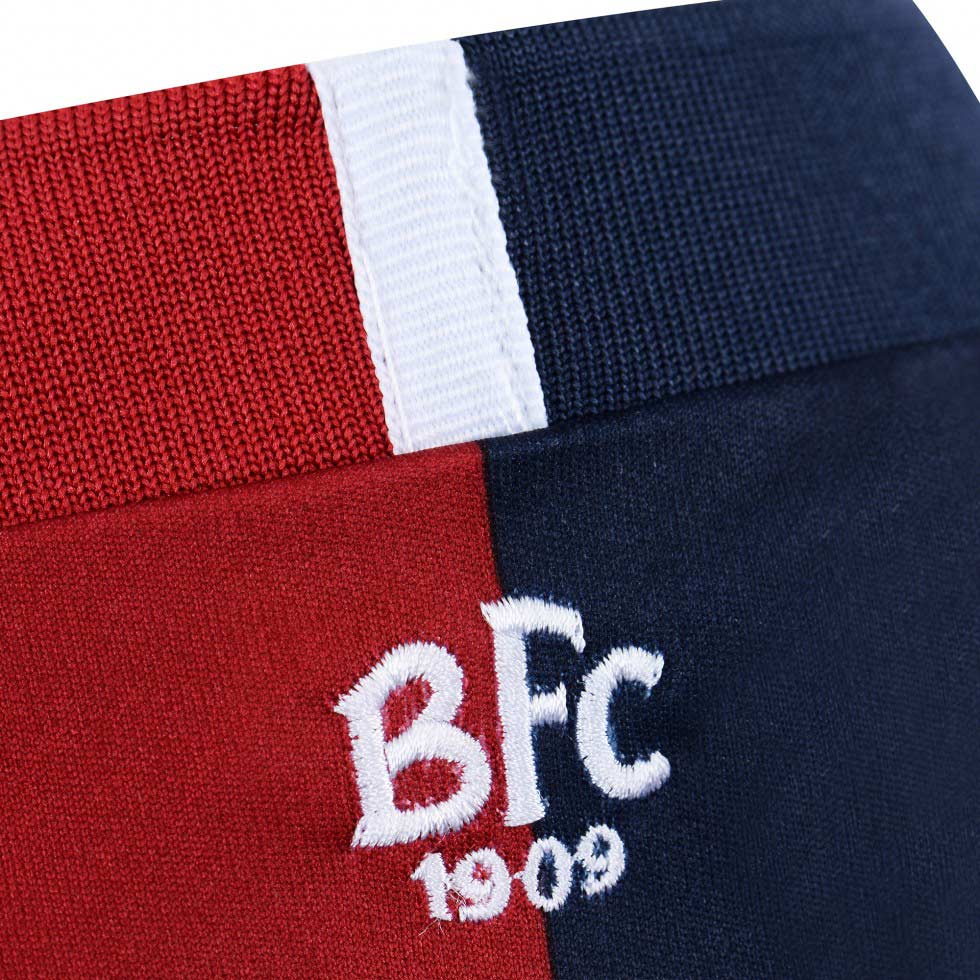 The alternate coloured sleeves with contrasting red and blue cuff give the shirt an even distribution of three blue and red stripes with the club’s crest sitting proudly on the left breast, combining the clubs colours with the city’s red and white cross from the coat of arms.

On the reverse of the shirt, just below the collar, are the club’s initials and the year of formation, 1909.

On their travels, Bologna will wear this away kit: 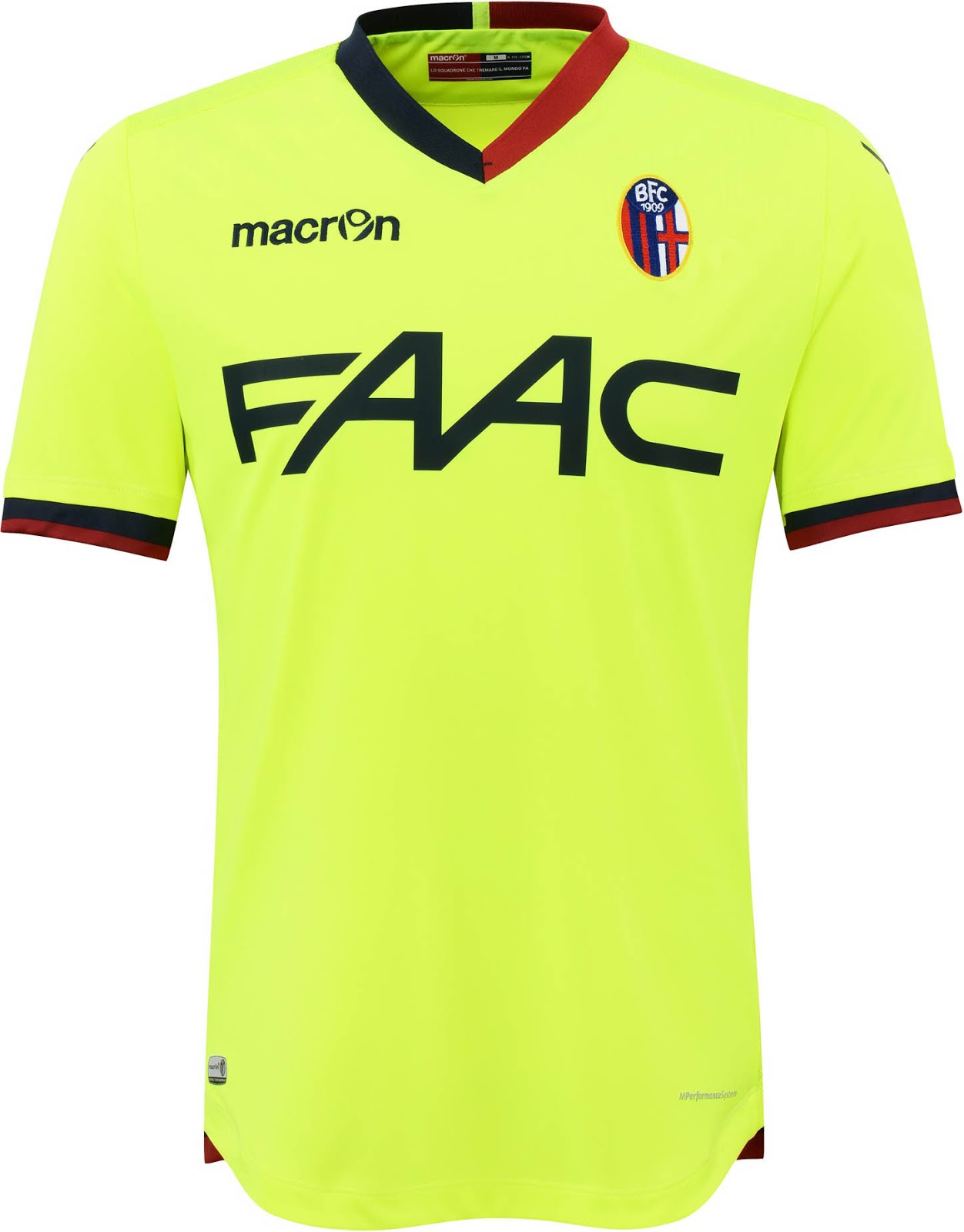 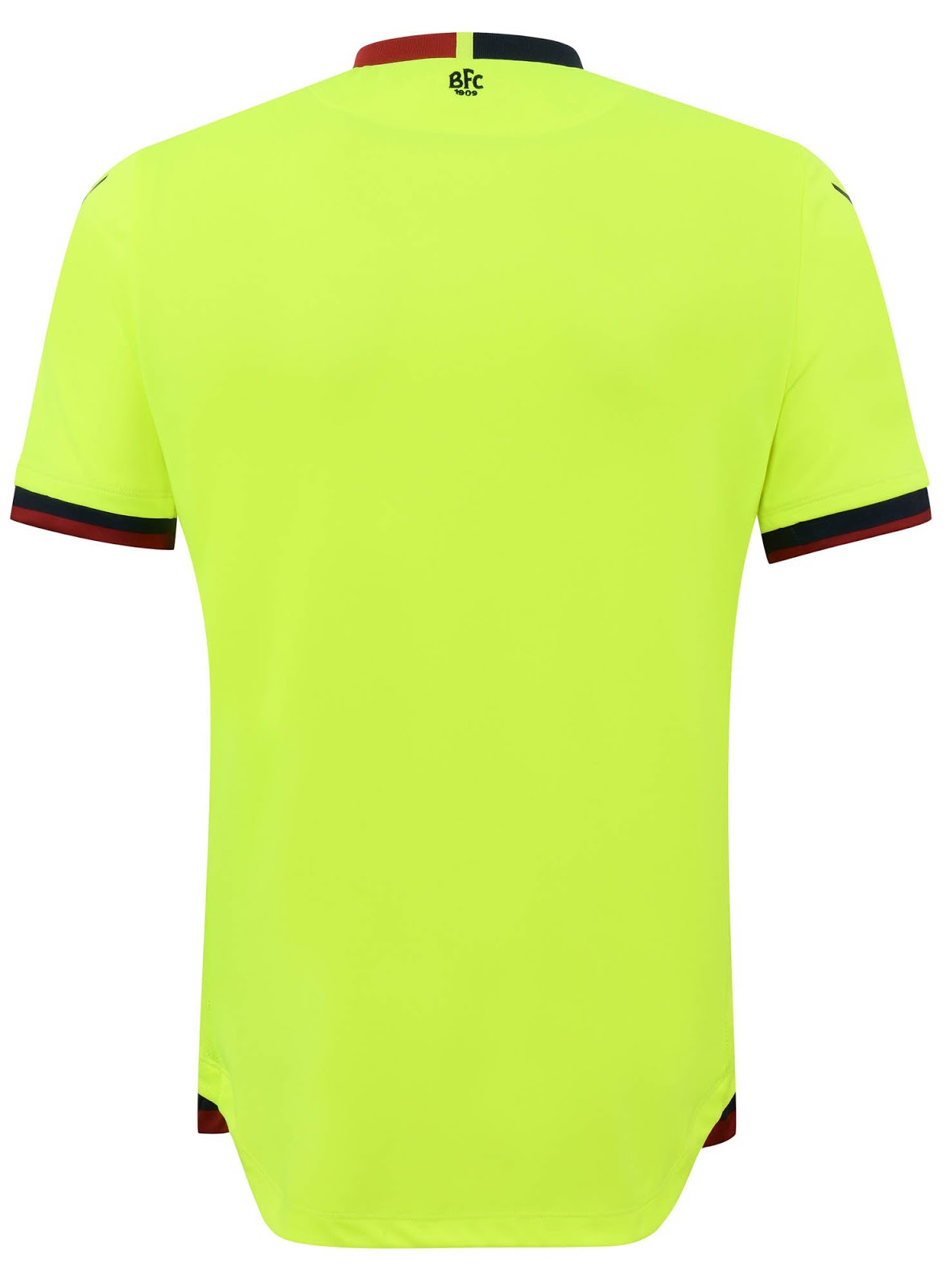 The all-yellow kit is eye-catchingly bright. Tempering the luminous effect is the trim; a red and blue halved collar with red and blue bands forming the sleeve cuffs. 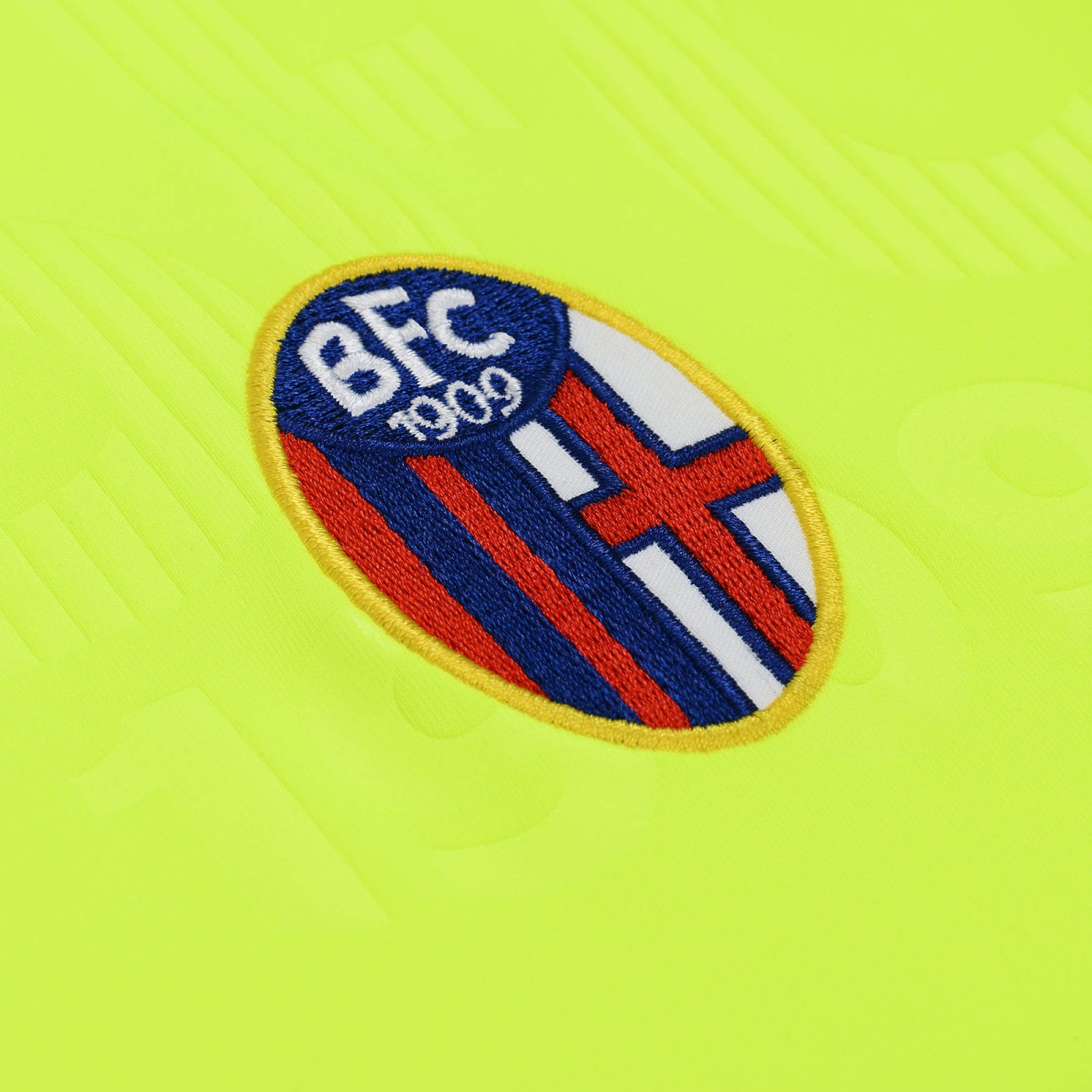 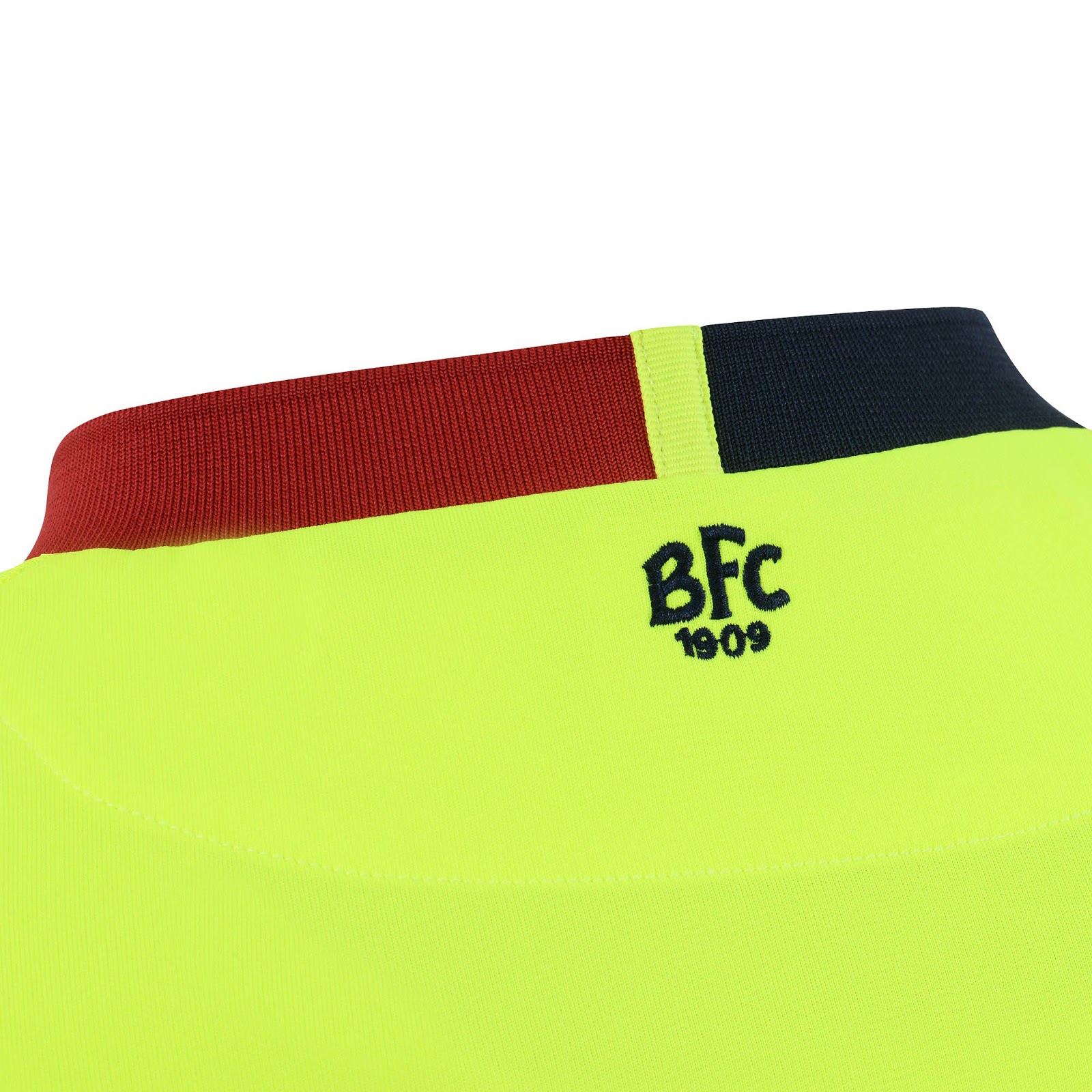 The kit is completed with yellow shorts and socks.

Another fine example of kit design from next season’s Serie A. Other countries might like to take notice of the care the Italians are taking with their club colours.