Bolton Wanderers, relegated to League One at the end of last season, have turned their attention to the new campaign. Pre-season training is well under way and the Trotters have now released their 2016/17 home kit. 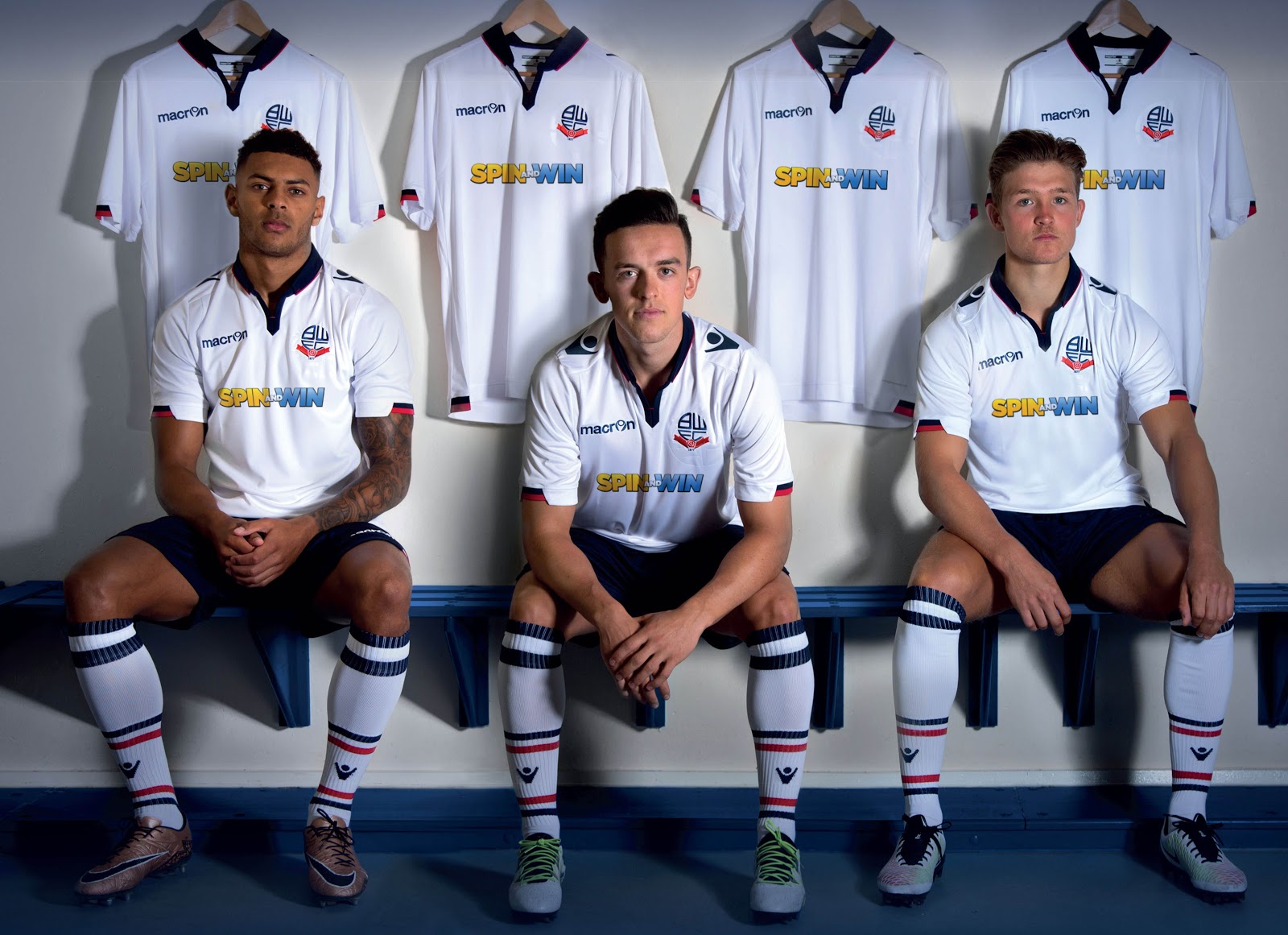 This is the kit Bolton Wanderers will wear for 2016/17 matches at the Macron Stadium: 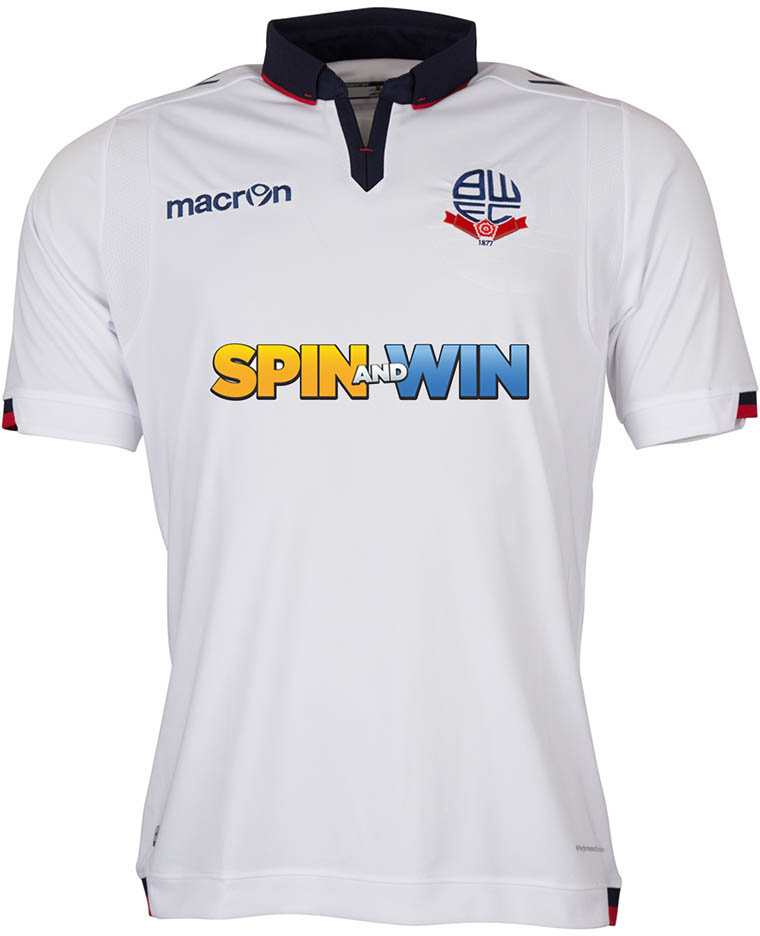 It’s a familiar white shirt for the club once again. Worn for the first time in 1888 and continuously since 1892, Macron have kept the trim unobtrusive.

Which is just as well considering the garish logo of the shirt’s main sponsor.

The collar is navy blue and has a retro feel, reminsicent of those worn by new England boss, Sam Allardyce, when trod the turf at the old Burnden Park. There is a thin red band at the edge of the lapel for a modern twist on the design. 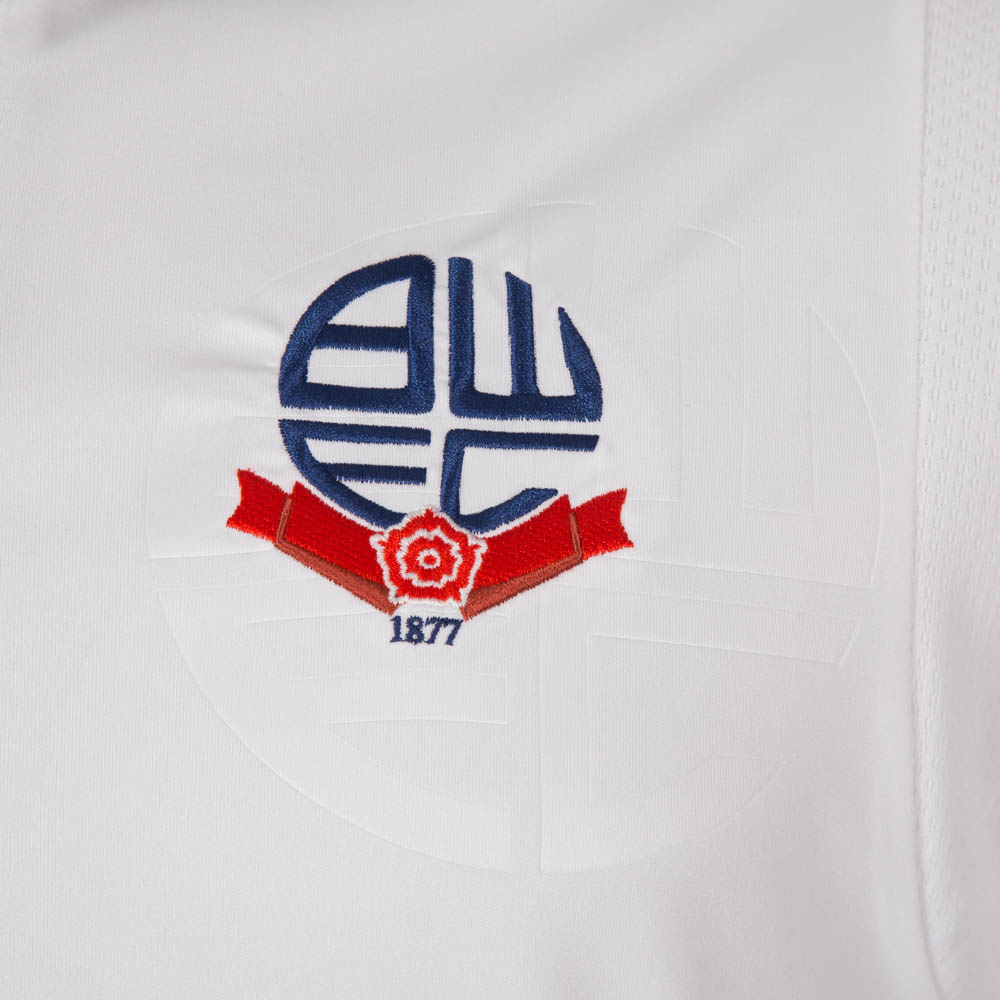 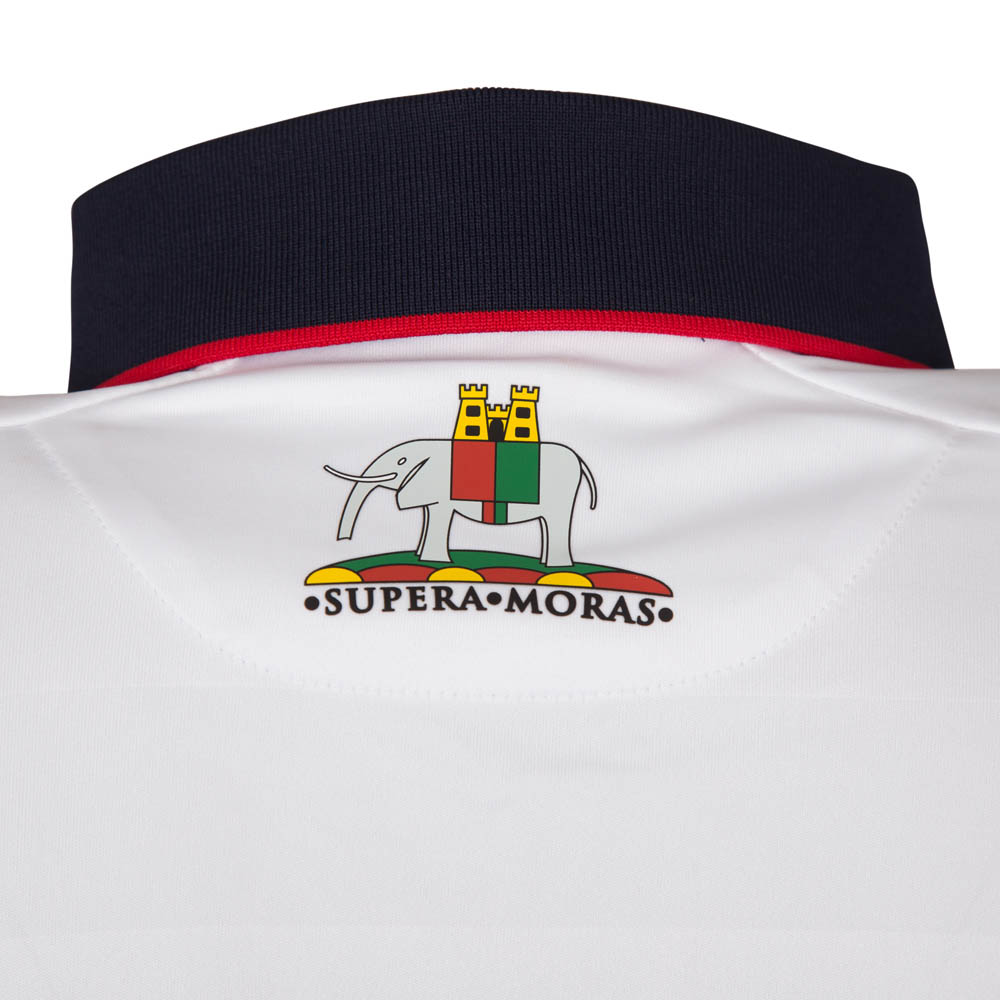 On the reverse below the collar is a depiction of the Bolton elephant above the town’s motto. Until the mid-70s this was the club’s badge when the current style (left) of “BWFC” first emerged.

The shorts are navy with white trim. 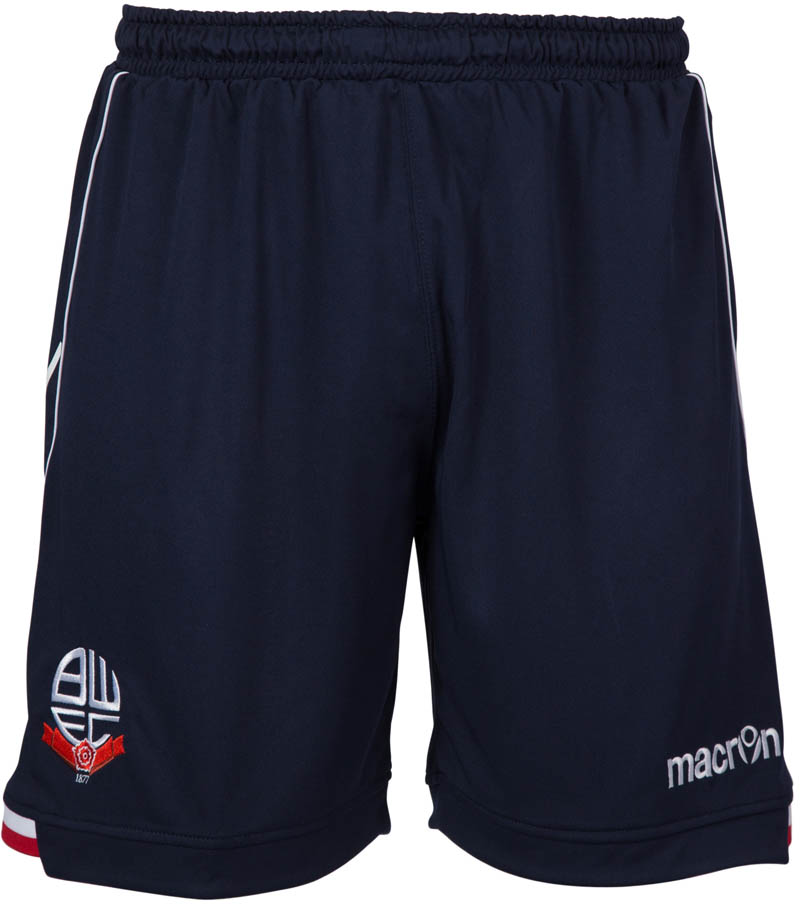 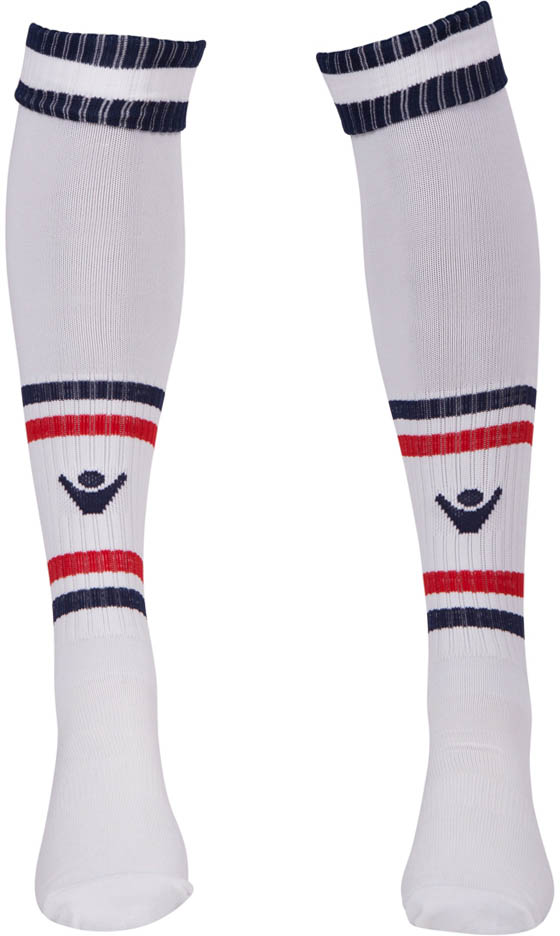 Completing the straightforward kit design are white socks with navy and red bands across the shin.

Wanderers have kept it simple and their supporters will be hoping that the team do the same as they seek to climb back into the Championship next season.