Borussia Dortmund’s Bundesliga 2017-18 home kit was a patchy affair. The alternate black half-bars, alternating in between right and left of the shirt body, is a grower. Slow. Very slow.

In keeping with their recent ‘tradition’, Dortmund will wear a different shirt in next season’s Champions League. Quirky, it still is.

This is the leaked 2017-18 Dortmund Champions League shirt: 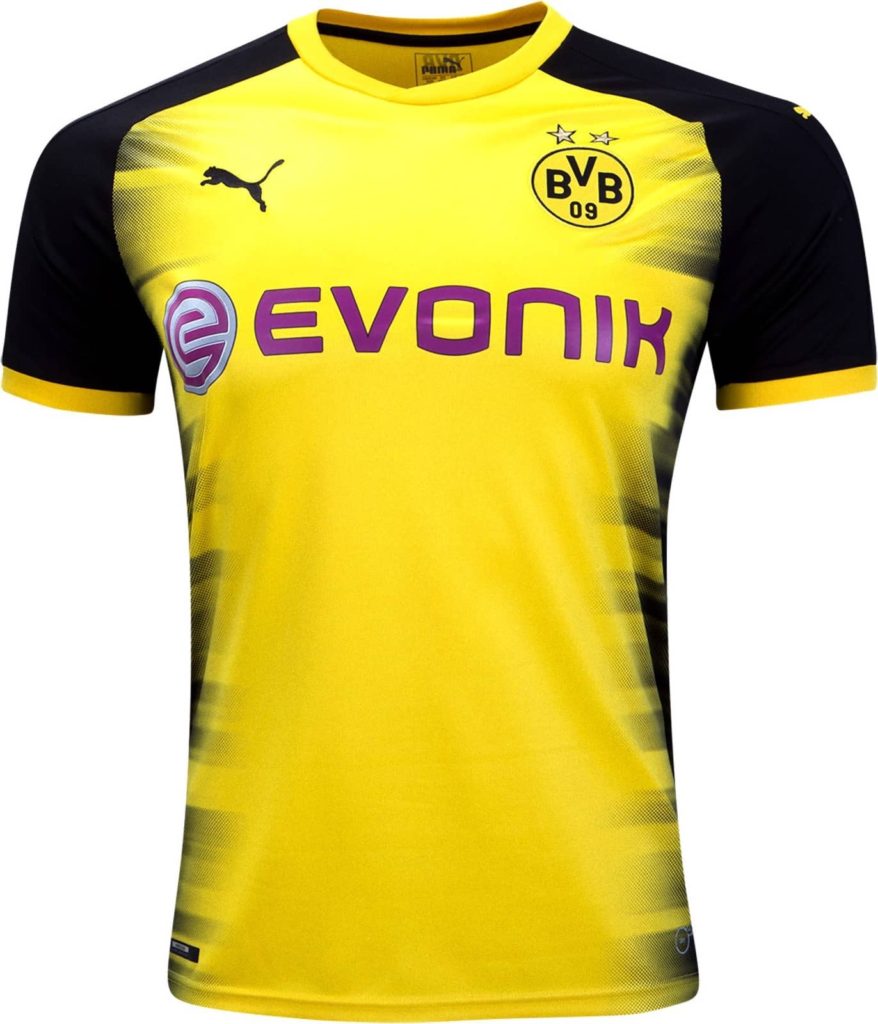 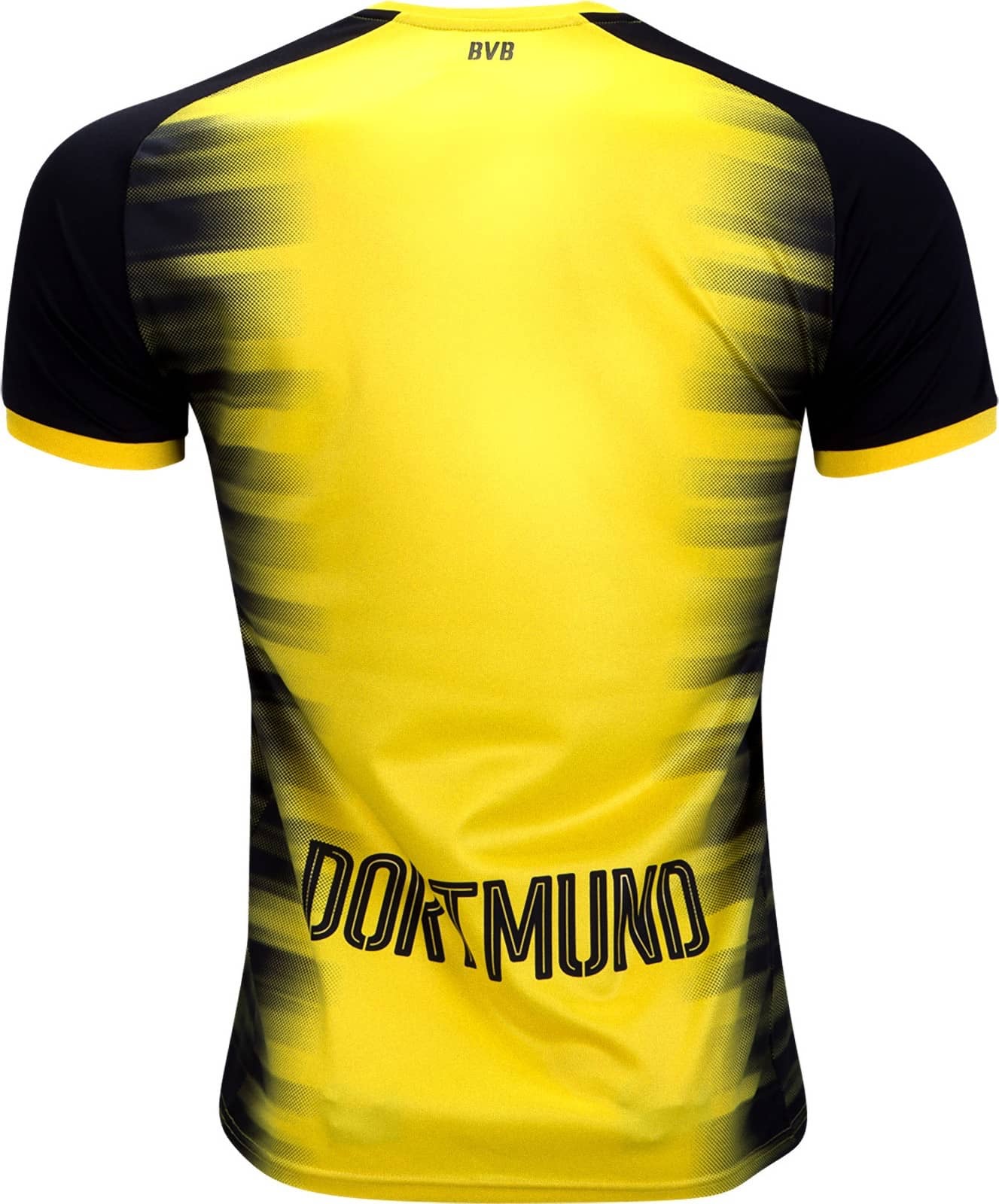 Peter Bosz replaced Thomas Tuchel following Ajax’s Europa League defeat to Manchester United. If he had seen the Dortmund kits for next season, second thoughts may have crossed his mind!

In Europe, the shirt body is a base yellow with black sleeves, shoulders, and side panels. The edges of those panels are formed with a faded black graphic pattern.

Meanwhile, Puma’s logo and the club crest feature on each breast in black whilst main sponsor, Evonik, use blue in their logo. The Bundesliga shorts and socks are paired with this shirt.

Of the two home kits issued for the new season, this is the better design. Not that the bar was particularly high…