Borussia Monchengladbach, one of European football’s great names, were disappointed with 2016-17. Ninth and not even in the Europa League was not what the club expected but it sets a low bar for improvement next time around. 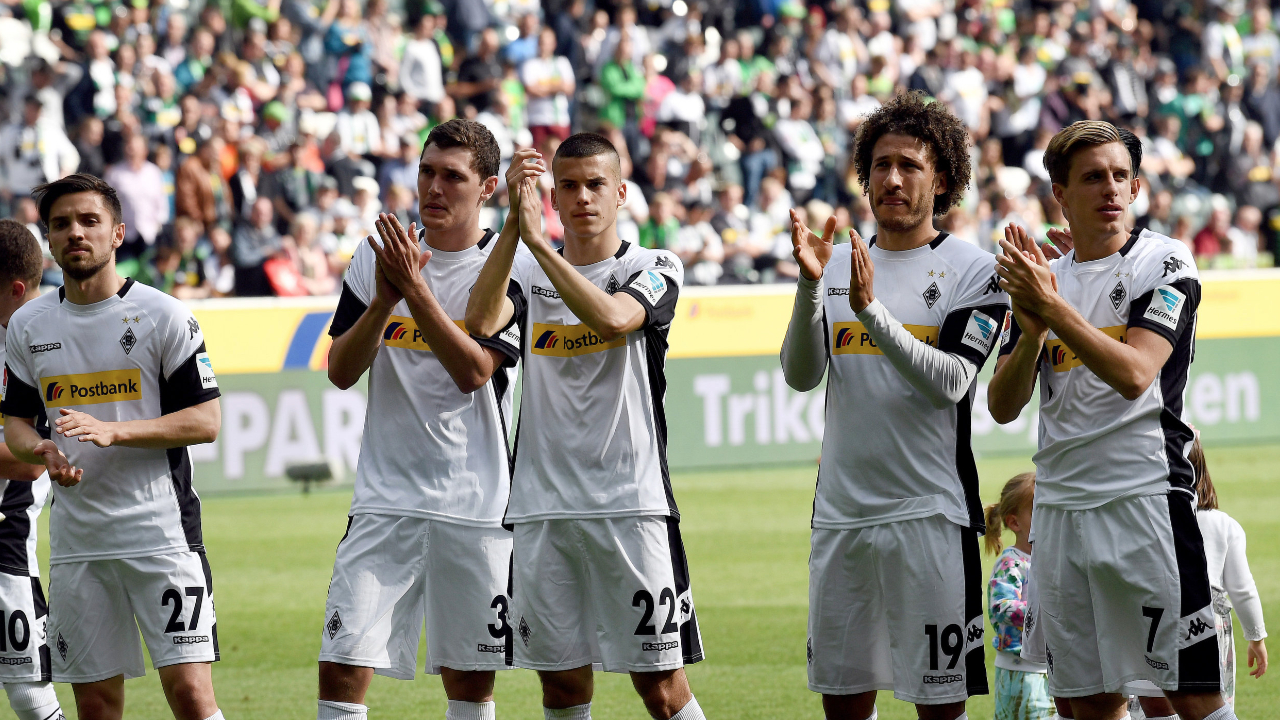 Die Fohlen debuted the kit on the final day of the season. The 2 – 2 draw with already relegated Darmstadt summed it all up.

This is the 2017-18 Borussia Monchengladbach home kit: 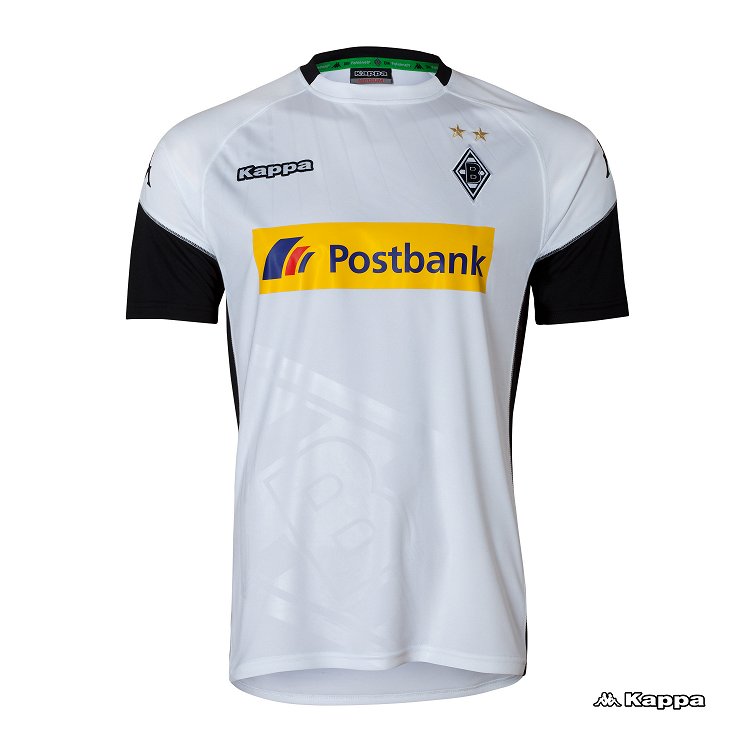 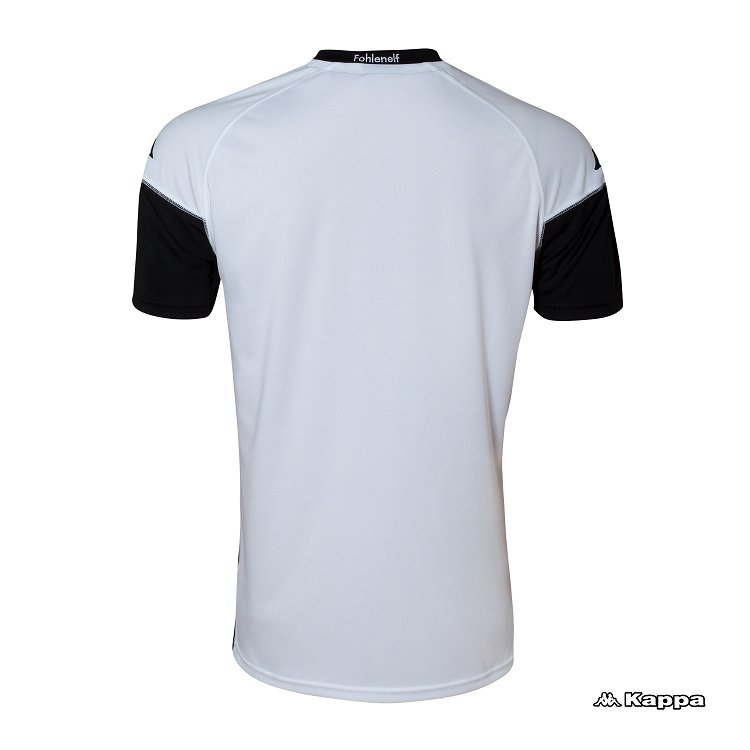 The shirt is fundamentally white, with black and white half-and-half sleeves. As any football supporter will tell you, nothing good comes from anything half-and-half.

Monchengladbach get away with it; just. Early suggestions were that this kit, rather like Bayern’s, would pay homage to the 1970s, the club’s golden age. It doesn’t quite work.

You can see where the designers were going but the half-and-half collar, it misses the target. Like I said… 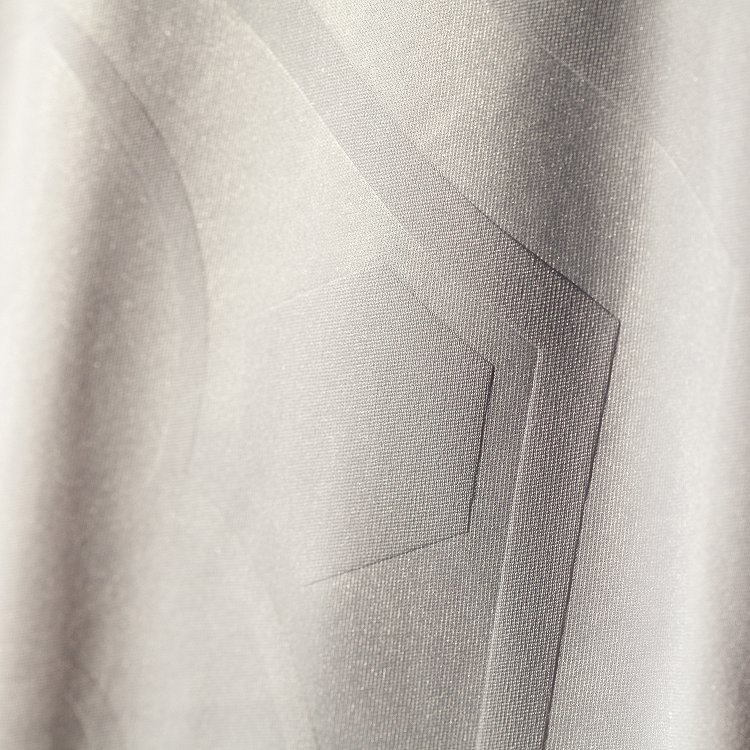 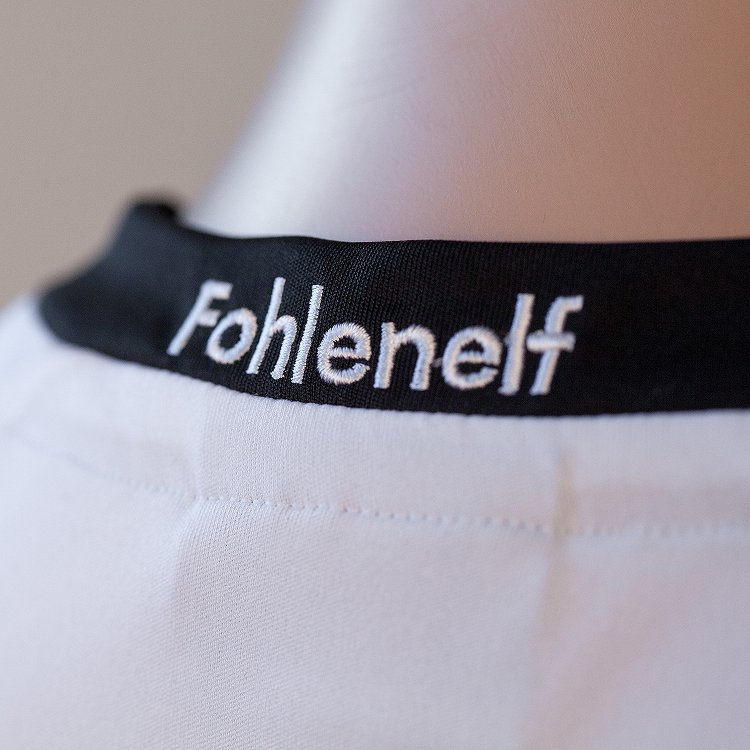 On the reverse of the collar, “Fohlenelf” is stitched in white on the black background.

Completing the kit are white shorts and socks, with black trim. 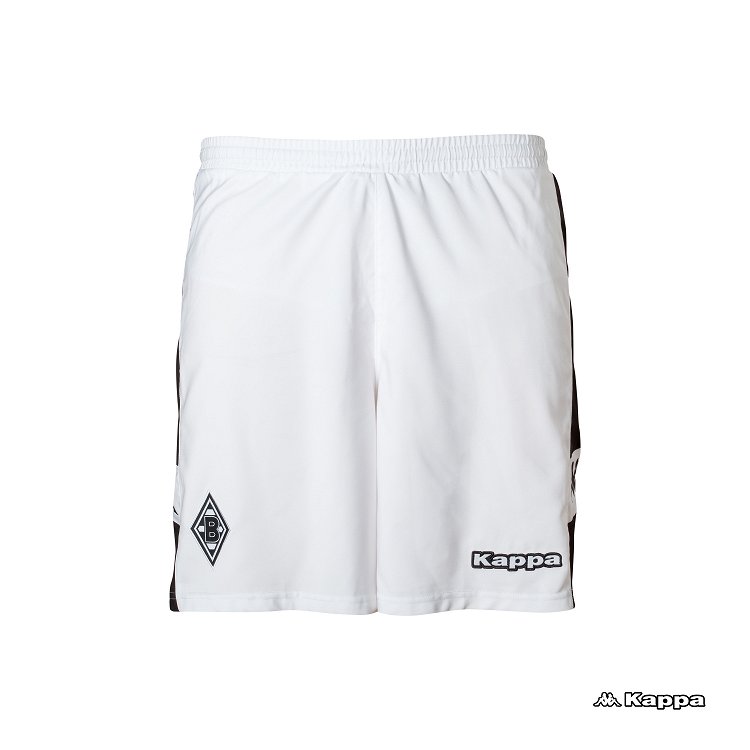 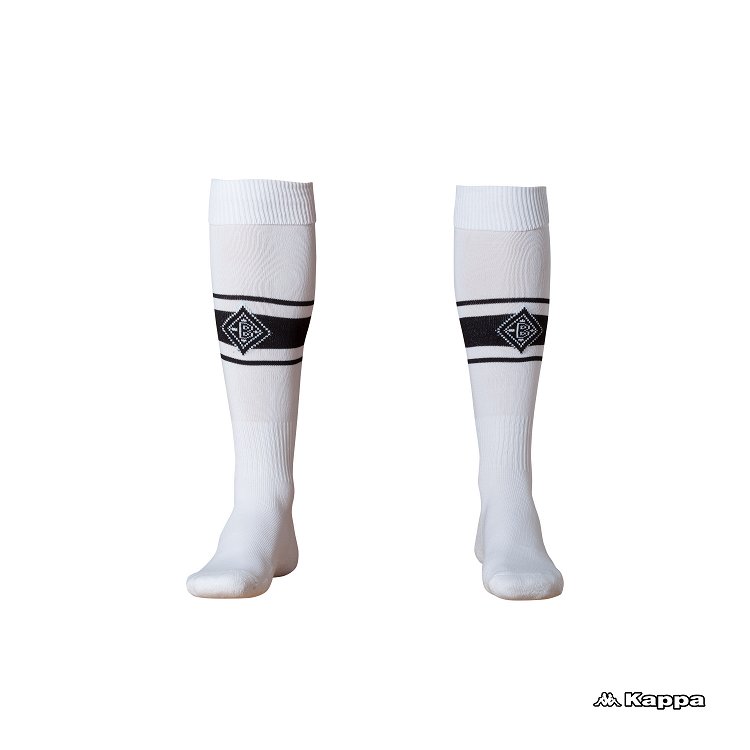 So, I know what you’re thinking: what’s the difference between this and the Valencia kit? In all honesty, I think it’s the clear definition on the Spanish club’s kit. The black sleeves form a proper contrast and with the prospect of a 70s homage, there’s something a little disappointing in the final product.

It’s not a bad kit by any means but there’s feeling that it could have been so much more.