Bundesliga side, Borussia Monchengladbach, clinched their Champions League place for next season on the final day of 2015/16. Die Fohlen trounced third-placed Bayer Leverkusen 3 – 0, to seal their place in the play-off round, finishing three points clear of local rivals, Schalke 04 from Gelsenkirchen.

Holding onto their star players will be vital for their continued success with Liverpool keen on Mahmoud Dahoud. Borussia though, have rejected the offer and told the German Under-21 international that he is not leaving this summer. 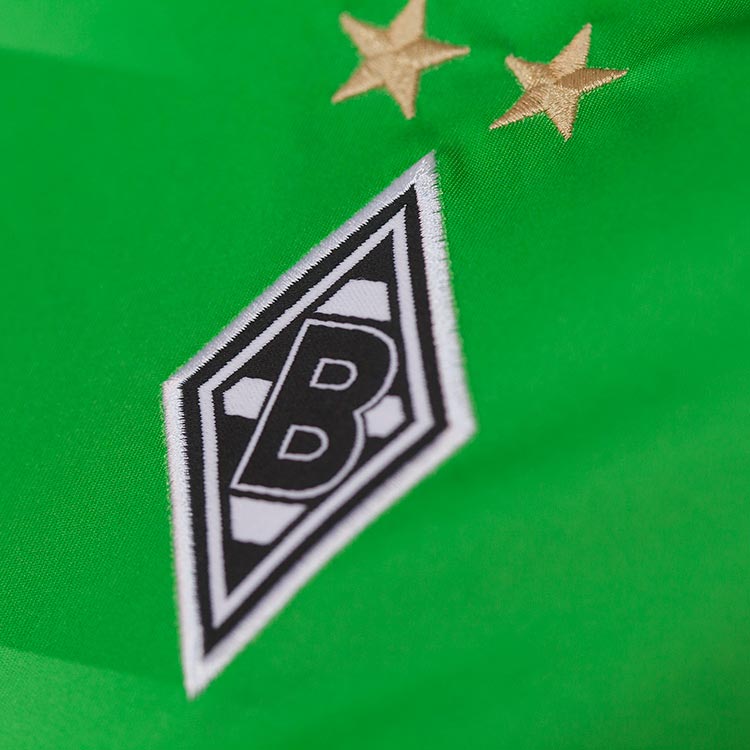 This is the away kit Borussia Monchengladbach will wear during the 2016/17 season. 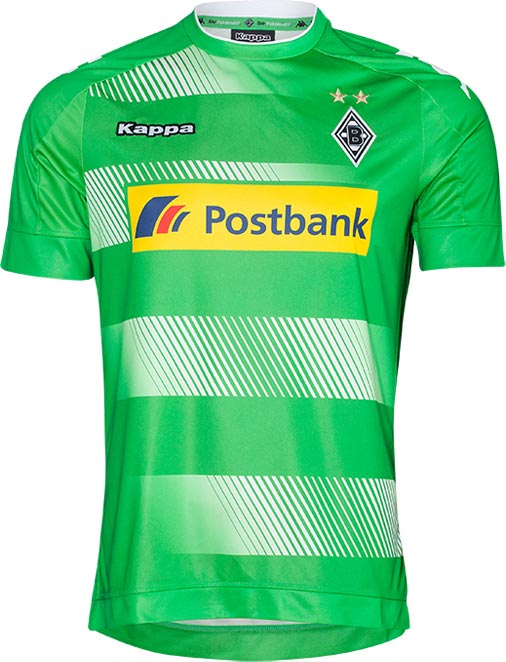 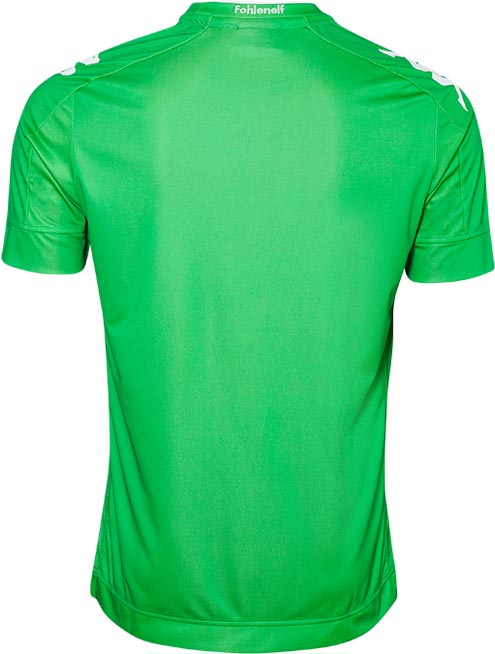 The shirt is predominantly green. Equally spaced across the chest are white horizontal bands with faded green edges. Running across the bands, directionally from the right shoulder to left waist, are a series of green angular pinstripes, giving a faux sash effect.

On the upper chest, on the right hand side, is Kappa’s logo whilst the club crest, complete with the two stars denoting their Bundesliga title wins, is on the left. Below, positioned centrally and partially obscuring one of the white bands, is the logo of primary shirt sponsor, Postbank, in a yellow panel.

The reverse of the shirt is plain green with the motif, “Fohlenelf“, on the back of the collar, referencing the club’s nickname. 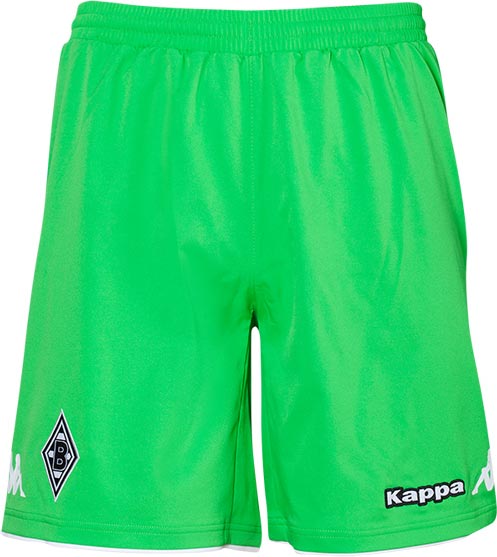 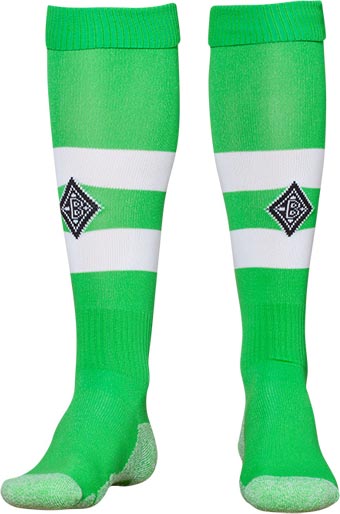 The shorts and socks are the same light green colour. Kappa has their logo on both legs of the shorts, as well as the back of the socks. The club crest sits on the right thigh of the shorts and on the front of both socks, in the middle of a trio of white and green hoops.

It’s an eye-catching kit from Kappa, one which will be distinctive in this coming season’s Bundesliga, as well as the Champions League.