Bradford City unveiled their home, away and third kits for the upcoming 2016/17 season. The striking designs are the first from new kit manufacturer, Avec. 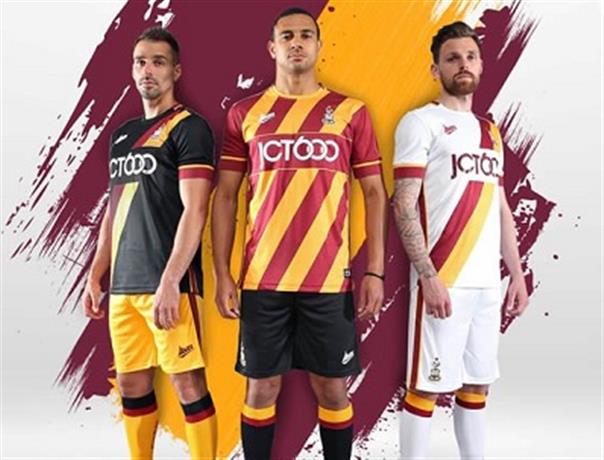 Avec have taken The Bantams traditional colours and added a modern twist with the home kit. 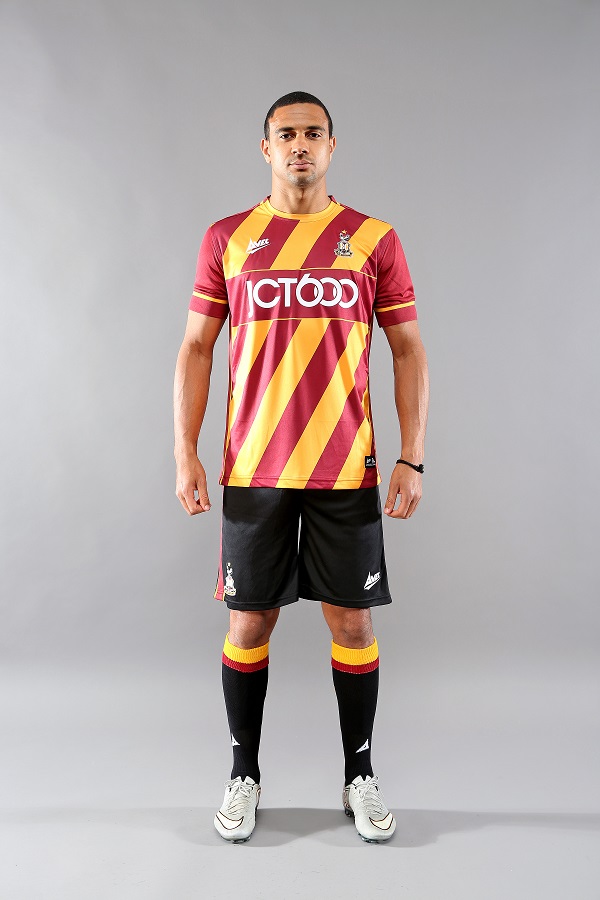 Whilst the claret and amber stripes remain, instead of running vertically, next season they traverse the front of the shirt from the left to right.

The collar on the front is amber whilst the contrasting sleeves are claret. Above the cuff, there is a thin amber hoop.

Shirt sponsor, JCT600, have their logo on the front of the shirt with the club crest and manufacturer trademark on the left and right upper breast. 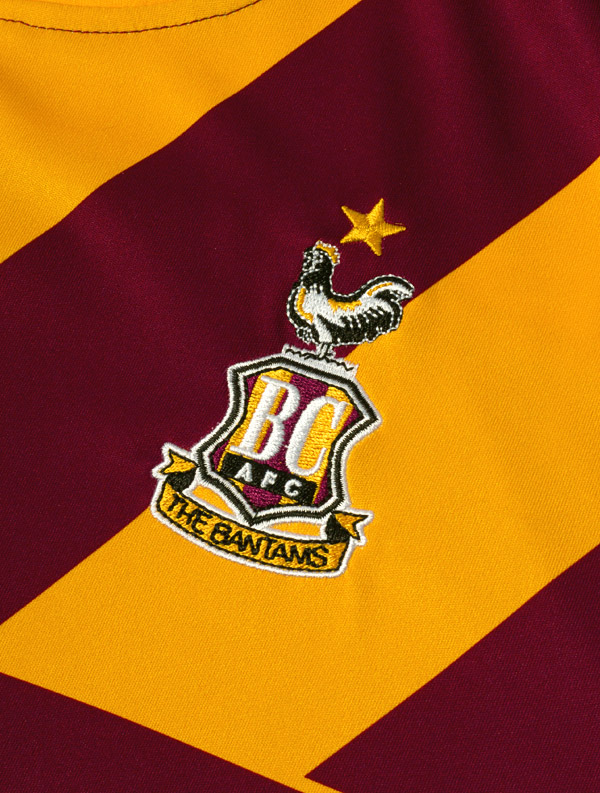 The reverse of the shirt is claret with an amber horizontal line below the logo of secondary sponsor, Mitton Group. With an amber base to the rear of the collar, leaves a panel effect at the top. 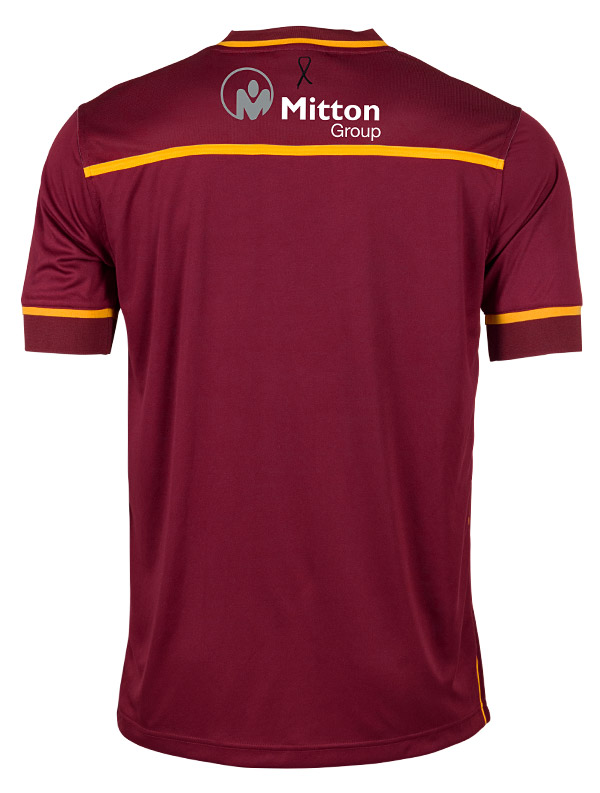 The kit will be completed by black shorts and socks with amber and claret trim. 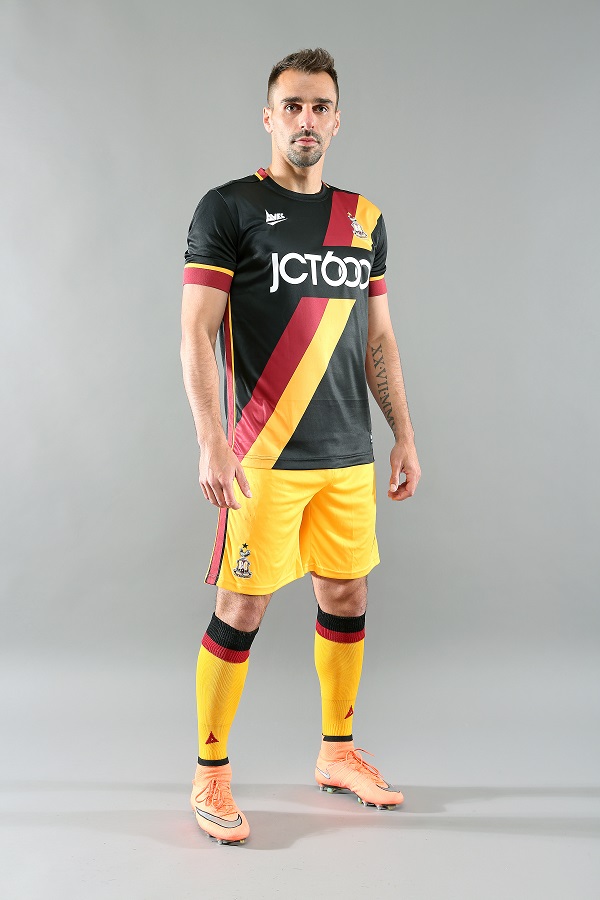 The black shirt has an eye-catching amber and claret striped sash running from the left shoulder to the right waistline. From the underarm area, the same colours form a stripe that run the length of the shirt.

The kit is finished by amber shorts with claret and black trim, and amber socks with black and claret turnovers.

Next season, Bradford will be pushing for promotion with an all-white third kit. 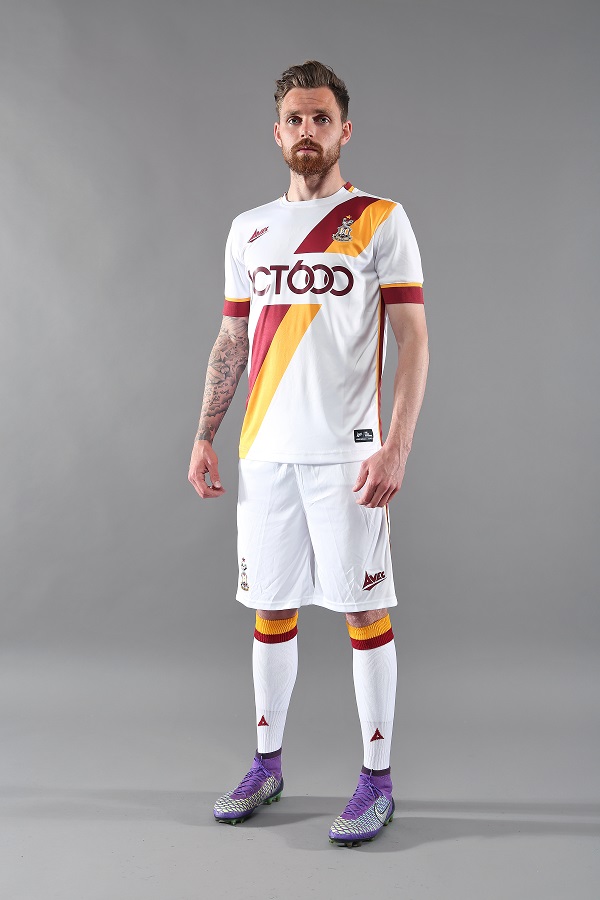 As with the away top, this design features an amber and claret sash running from left shoulder to the right waistline. The trim on the shirt is also amber and claret, featured on the side stripes, cuff and reverse of the collar.

The shorts are white, as are the socks which also have amber and claret turnovers.

Are these hit or miss for the promotion hopefuls? Let us know in the comments.