Griffin Park, home of Brentford FC, is a unique stadium. Each of the four corners of the ground has its own pub: The Griffin, The Princess Royal, The New Inn and The Royal Oak. Little wonder, away fans do enjoy a trip to west London for this fixtures. Plans are afoot for a new 28,000 capacity stadium to open in 2018/19 so it’s worth planning ahead for a trip for at least one more enjoyable away day. 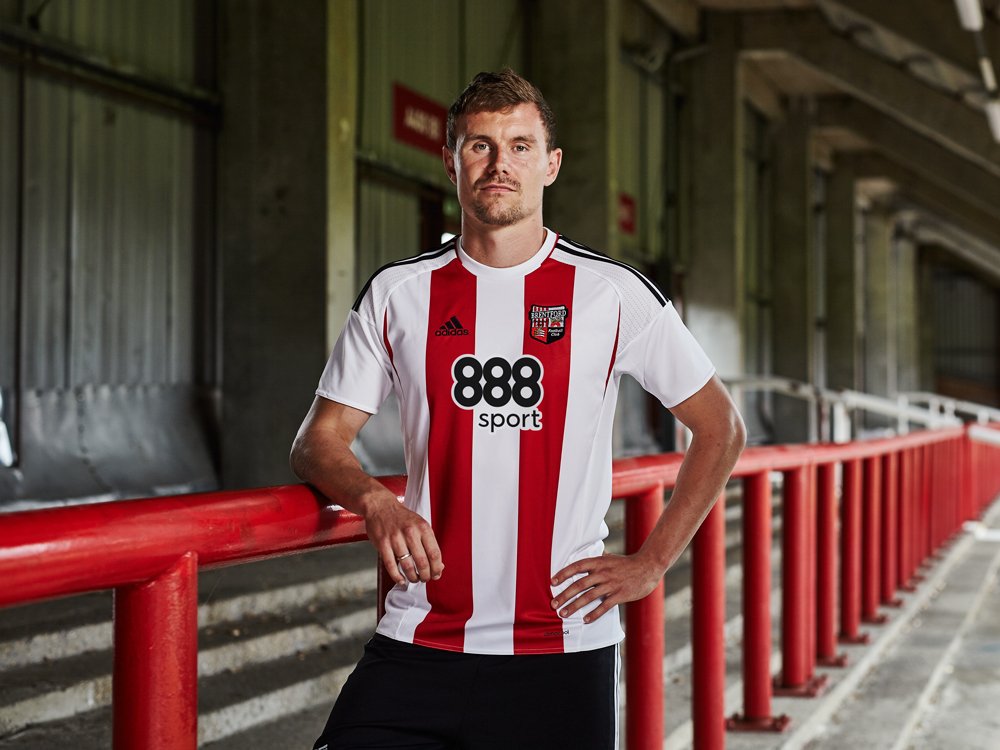 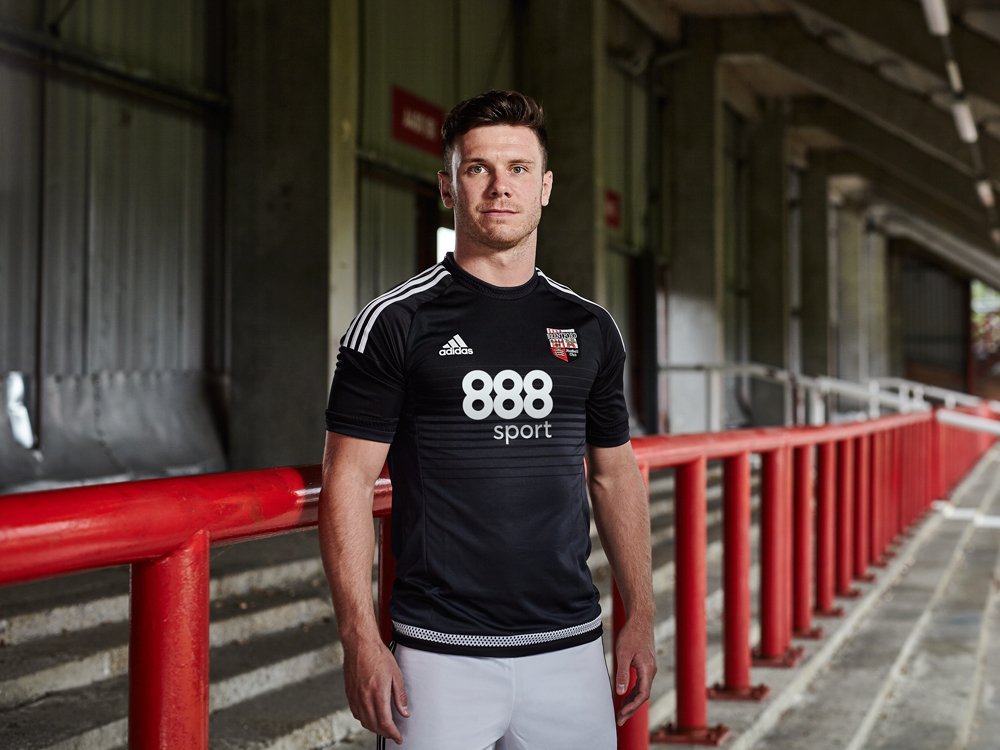 The Bees are enjoying life at the moment. Their third consecutive season in the Championship has seen them consolidate their position in the top half of the table and whilst they weren’t able to match the previous season’s sixth place, ninth was no dishonour.

Next seaosn’s home kit sees Brentford once more in stripes. 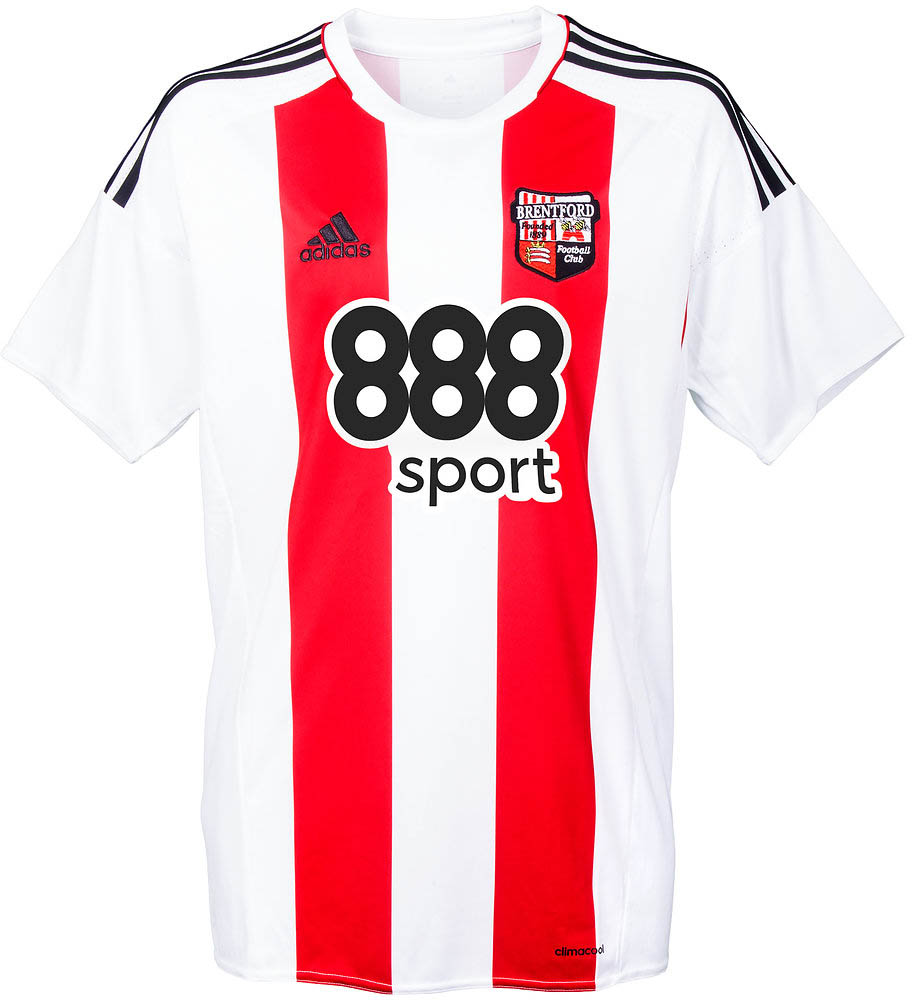 The remainder of the shirt is white save for Adidas’ trademark Three Stripes in black across the shoulder.

The shorts are black with white trim, as are the socks. 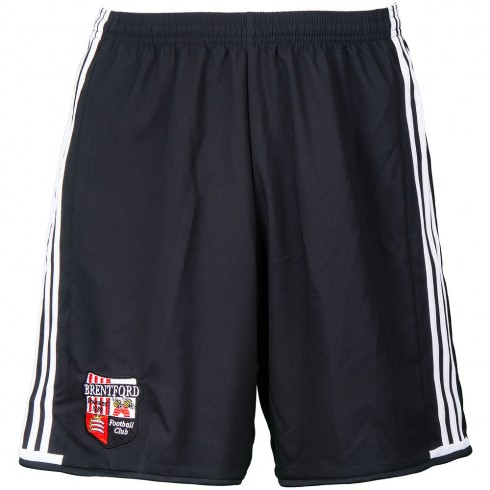 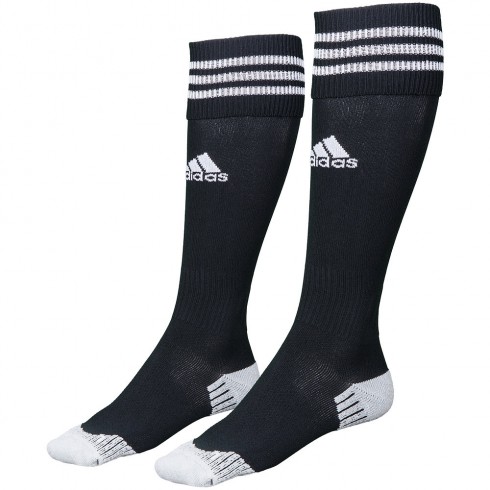 Next season’s goalkeeper kit is a straightforward green template from Adidas with the diamond shoulder patterning we have become accustomed to seeing during the summer’s international tournaments. 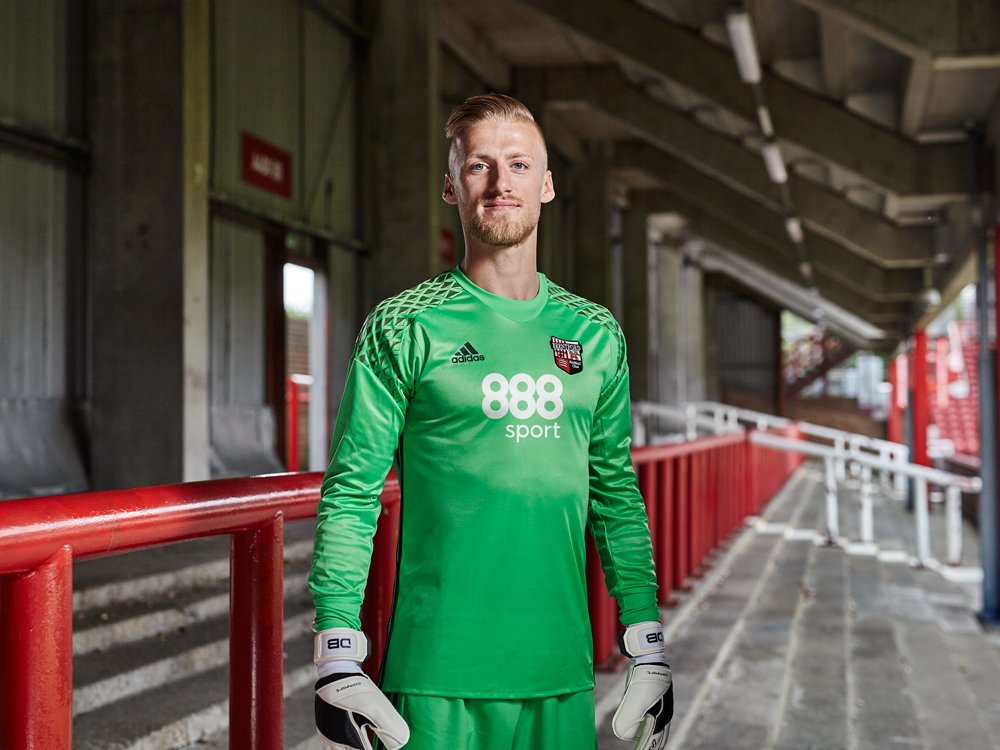 On their travels, Brentford will wear this shirt next season: 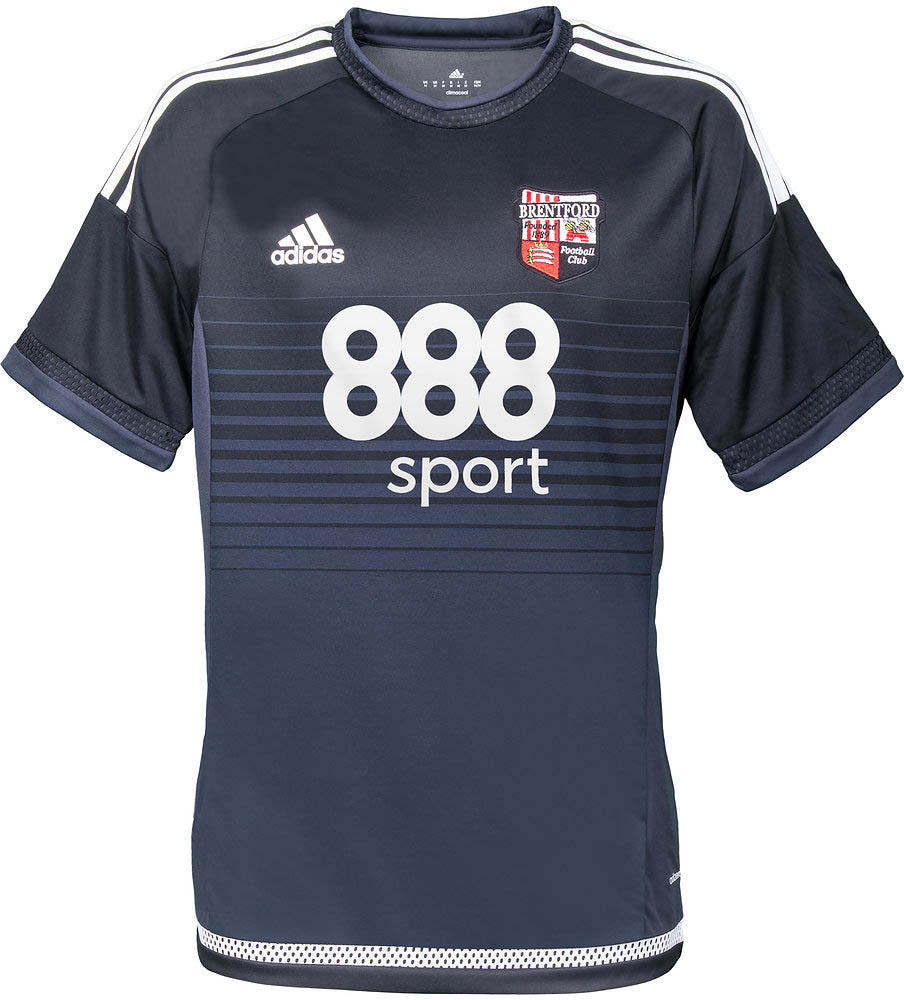 The black shirt comes with tonal panels on the side, shoulders and cuffs, as well as horizontal stripes across the front of the shirt.

There is a unique white mesh hemline, replicated in black around the collar. Adidas’ stripes are in white across the shoulders.