Brighton and Hove Albion, knocked out in last season’s Championship Play-Off semi-final, are set fair for another campaign. 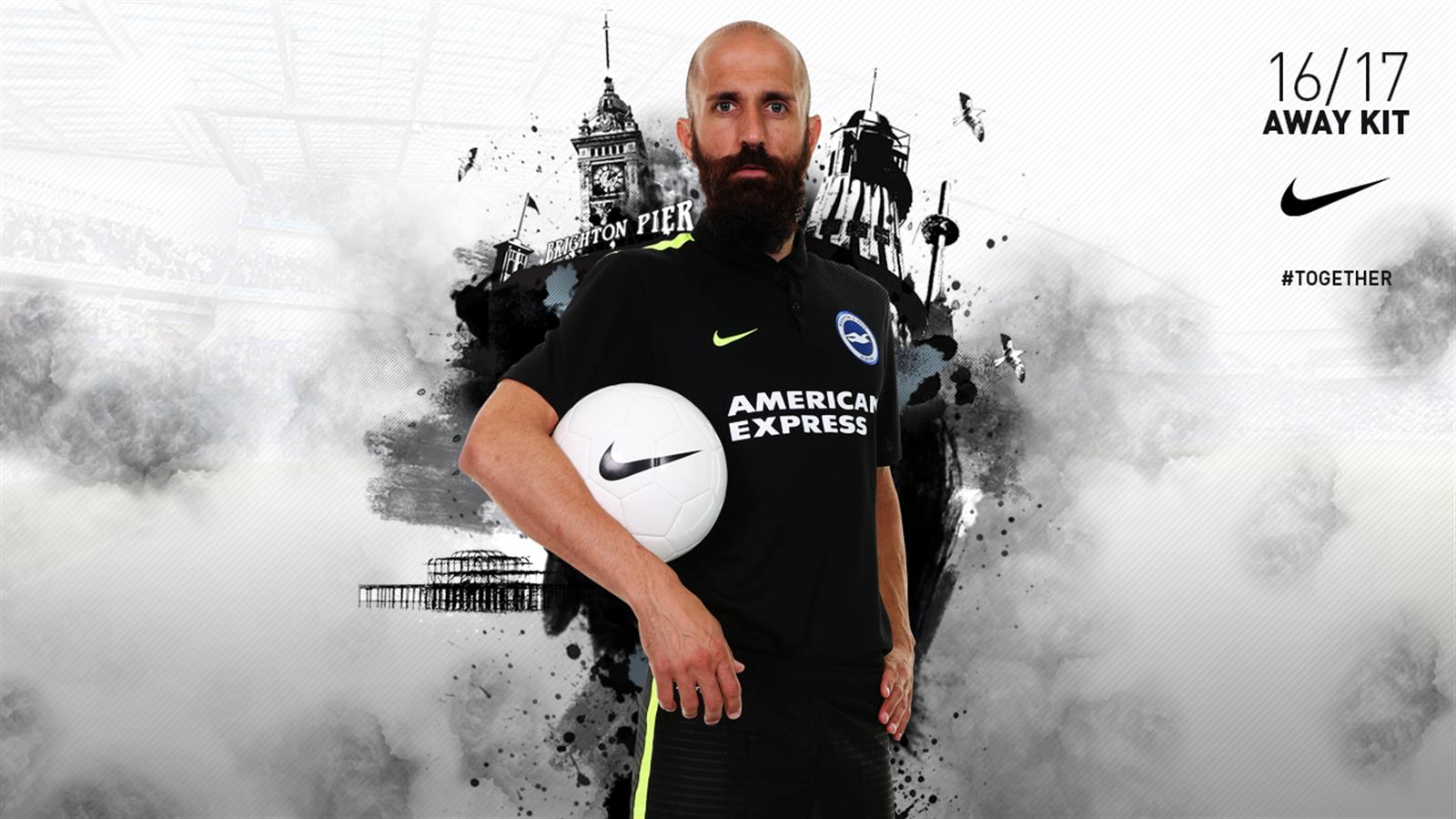 Along with the Derby and Sheffield Wednesday who also missed out on promotion in the final furlong, the Seagulls are looking to claim one of two automatic places this time around.

They know that newly relegated Newcastle United and Aston Villa will also push them all the way, particularly with the money they have to spend. Norwich City also have plenty to aim for.

Brighton will be wearing a striking away kit during 2016/17. 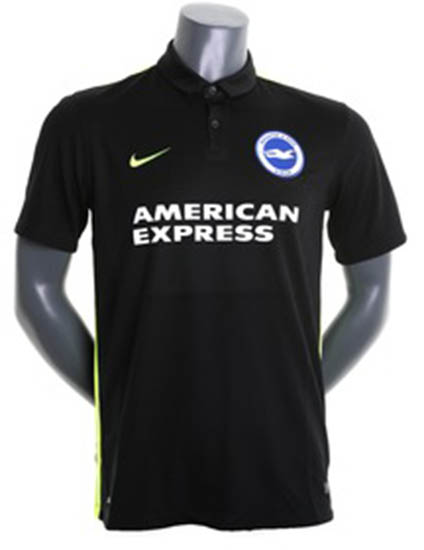 Jet black, Nike has used a neon yellow trim unobtrusively. The shirt features a two-button polo-style collar. Down each side of the body is a yellow stripe whilst across the shoulder, there is a subtle yellow flash.

The shorts and socks are also black, both with yellow trim in the form of a stripe on each leg of the shorts and Nike’s Swoosh on the socks.

It’s a super kit design and if the shoulder flash wasn’t present, a killer in the casual market. Nonetheless, expect south coast pubs to be bustling with this shirt during the coming months. 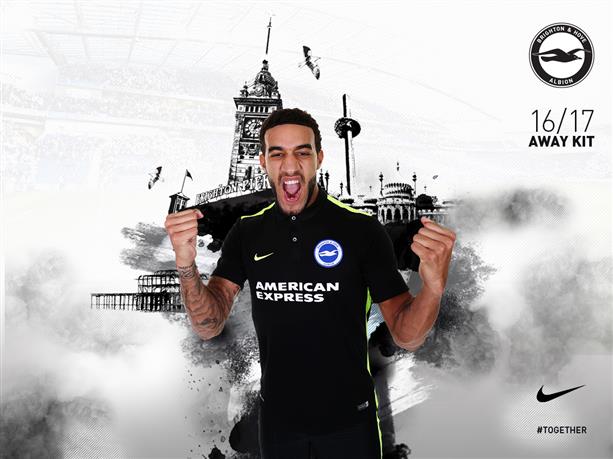