Denied the Championship title on the final day of the 2016-17 season, Brighton and Hove Albion wasted no time in preparing for their return to the Premier League. 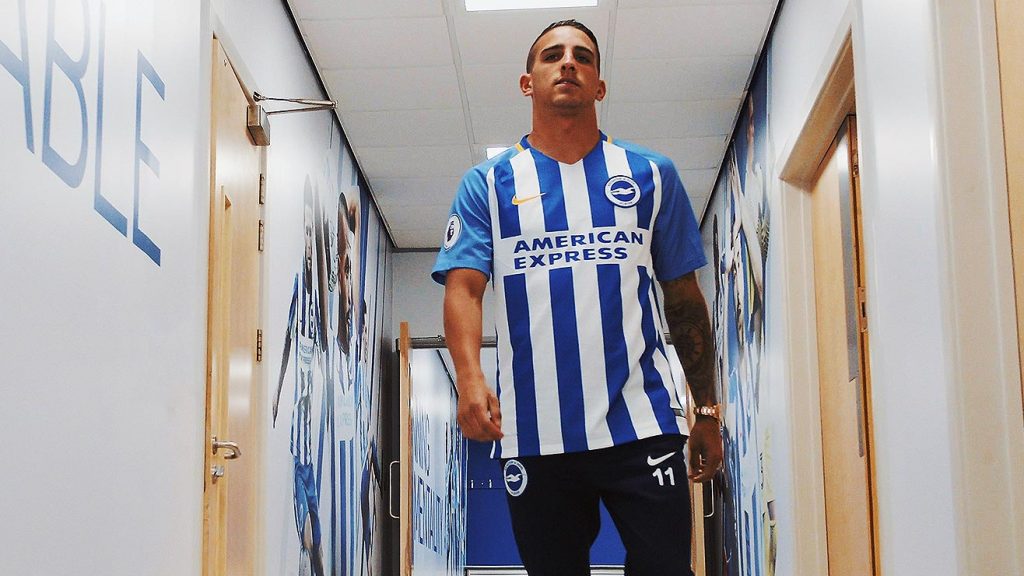 It’s been 34 years since they were last in the top flight. Nineteen managers tried and failed to get them back before number twenty succeeded. It’s an impressive Who’s Who of managers, including Liam Brady, Peter Taylor, Alan Mullery, and Sami Hyppia.

Times were hard though; the sale of the Goldstone Ground, moving to Withdean, financial woes as well as footballing ones. But they are back in the big time and supporters will enjoy a festival of football on the South Coast next season.

This is the Brighton and Hove Albion 2017-18 Premier League home kit: 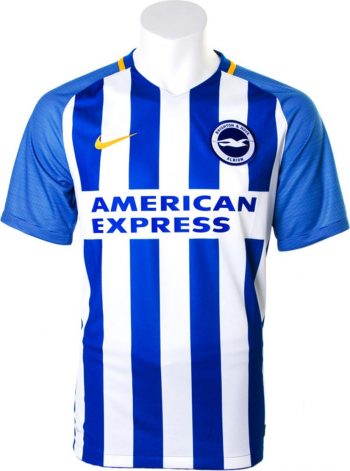 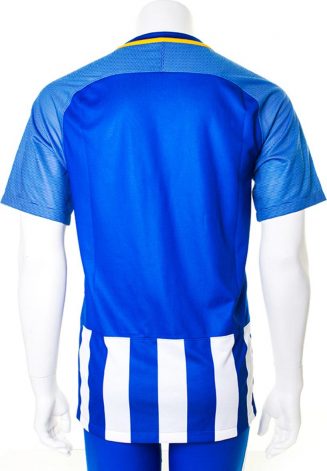 At least it features blue and white stripes. I’m no fan of Nike’s template with ribbed pattern sleeves and this underlines why. It’s horrible. 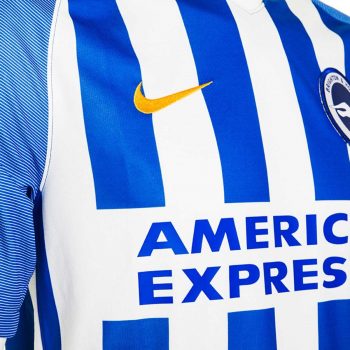 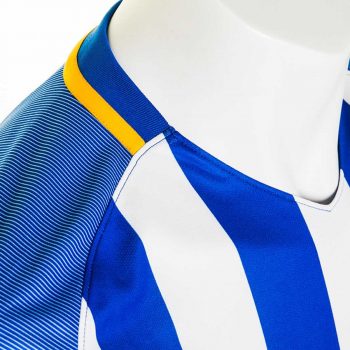 Yellow trim is an interesting touch, coming in the form of a thin collar band and the Nike Swoosh. Otherwise, the usual blue and white badge, with sponsors logo similarly coloured, appear.

Brighton do have form though, with their ‘Tesco carrier bag’ kit a couple of decades ago.

Maybe this one is a grower when you see it in the shops but the photos certainly don’t do it justice!