At the time, the notion of putting hashtags onto the shirts held a novelty value; City may have been trendsetters some wondered. Supporters were less convinced. Despite groans and protestations on social media, ironically enough, the Robins report that the kit is a best seller. 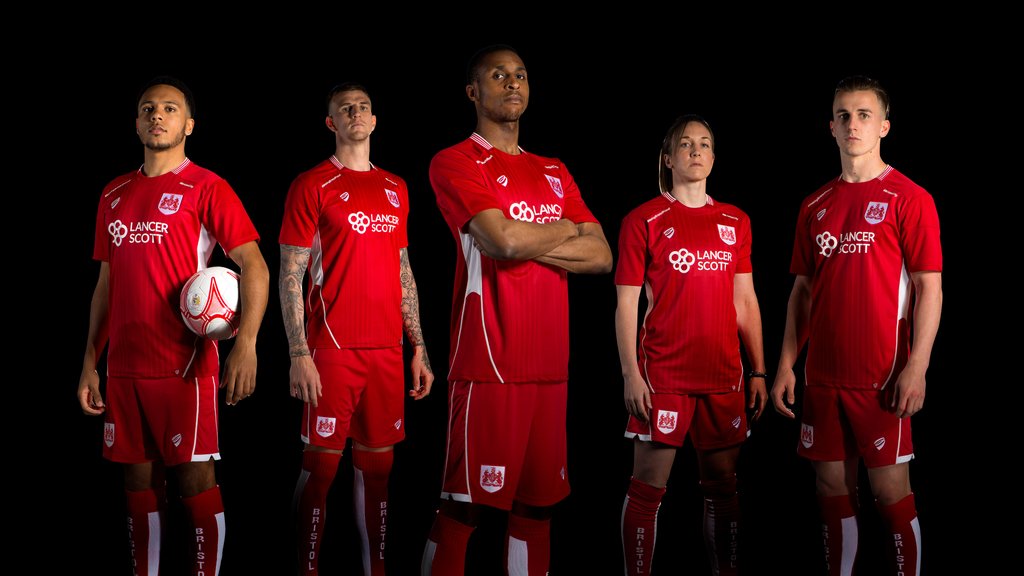 This is the Bristol City home kit for coming season: 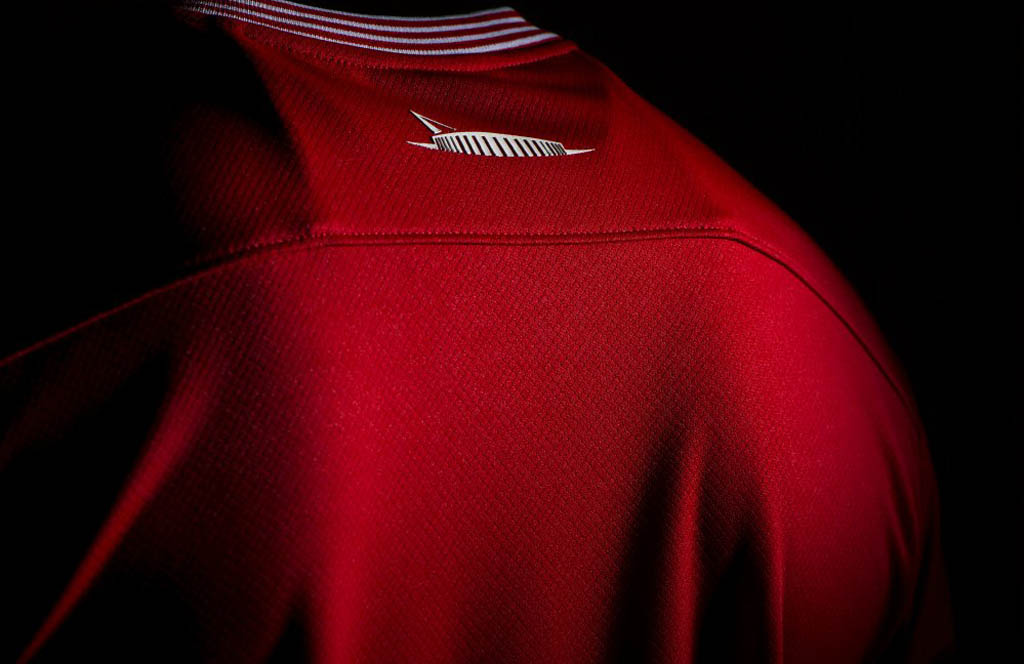 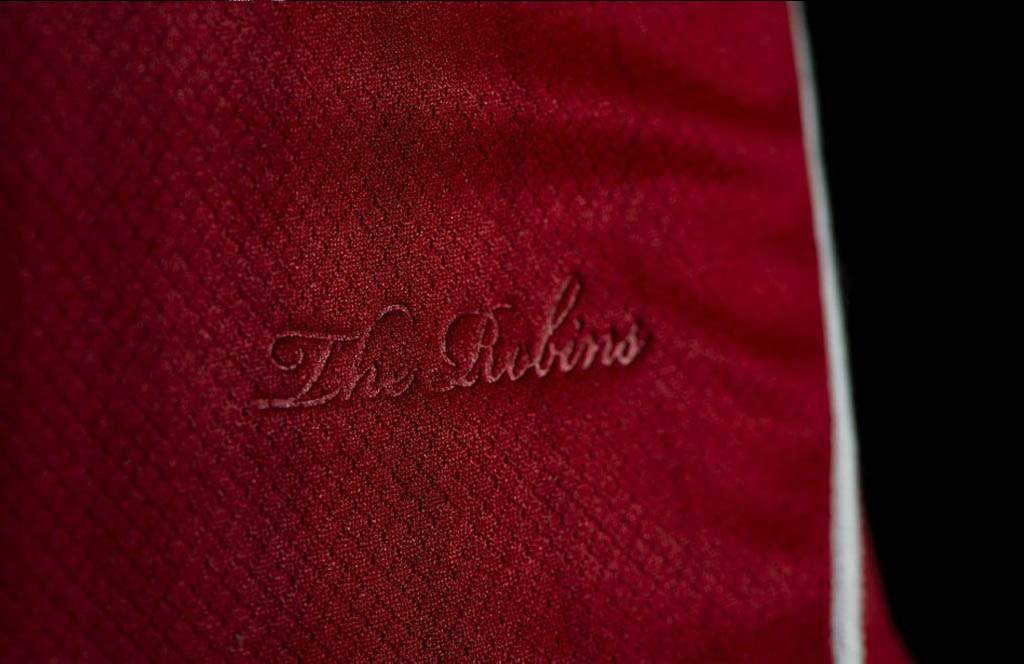 The kit is a straightforward all-red affair, completed with white accents and trim.

The hashtags feature across the front of each shoulder, insignificantly you might say. From a distance, the look like piping, revealing their true nature only when close up. A red and white striped collar hints at the kits of the 1960’s and 70’s, whilst a white underarm panel gives way further down the side of the body to white piping.

On the shorts, white piping creates a faux panel on either leg whilst the socks are red and white stripes.

This is the Bristol City away kit: 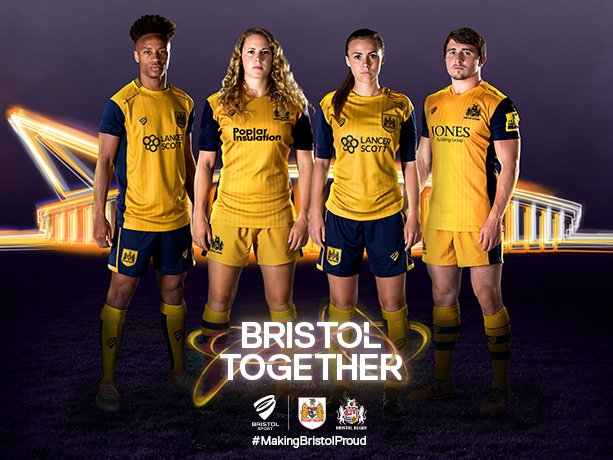 Modelled with Bristol Rugby as part of the ‘Bristol Together’ campaign, the football kit bears a close resemblance to its’ oval ball counterpart. 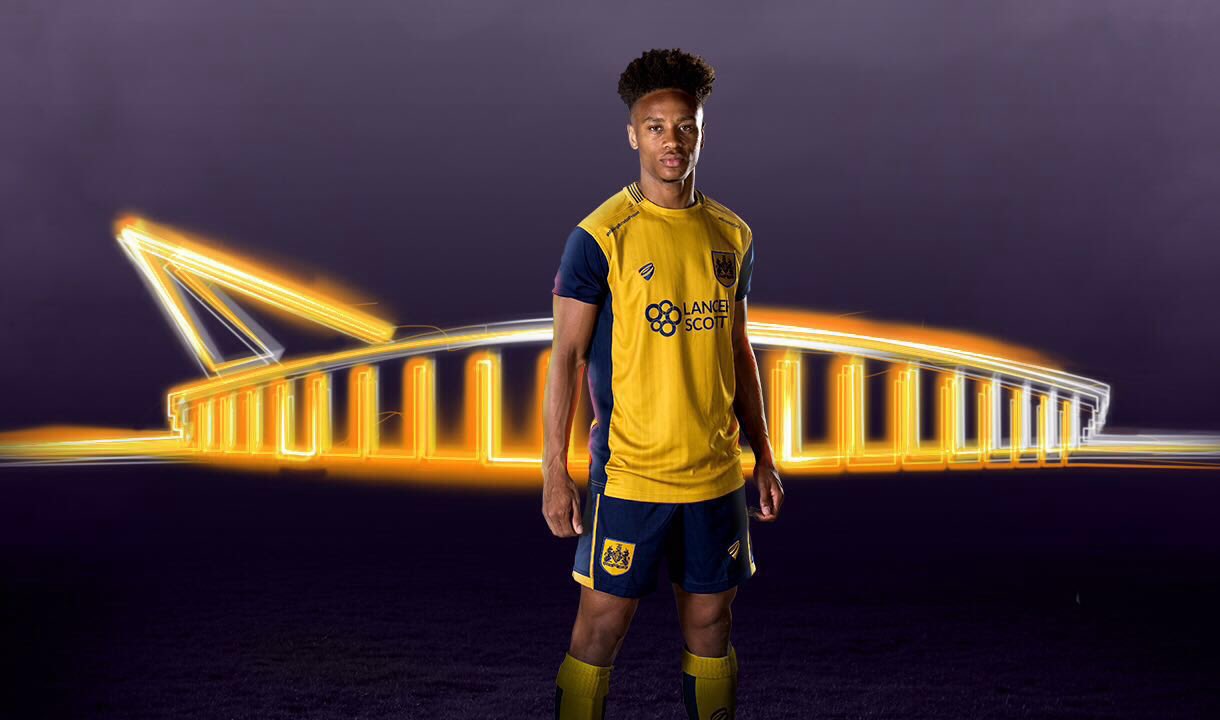 Yellow, with the same hashtags as the home kit on the shoulders whilst the accents are navy blue on the shirt.

The sleeves are navy blue, creating a broad central yellow stripe. Accompanied by blue shorts with a similar faux panel on the legs formed by yellow piping, it’s completed by yellow and blue socks.

So far so good.

It’s a matter of personal taste whether you like the hashtags, if it is football going with the times or tacky commercialisation. It’s not doing anyone any harm really, is it?

Except the football authorities don’t like them, meaning that, for the moment, the players won’t wear these kits. City has so far gone with hashtag-less shirts as the hashtags are in breach of kit regulations.