Bristol City survived the 2016-17 Championship season, finishing in 17th place. This, despite losing Jonathan Kodjia to Aston Villa, as well as their final match of the season, 0 – 1 to Birmingham City.

The Robins are expected to confirm their new red home kit in coming weeks. As with last season, their kits are made by Bristol Sport. The local company are suppliers for the city’s main professional clubs. As well as City, Bristol Rovers and Bristol Rugby also use the company for their kits. 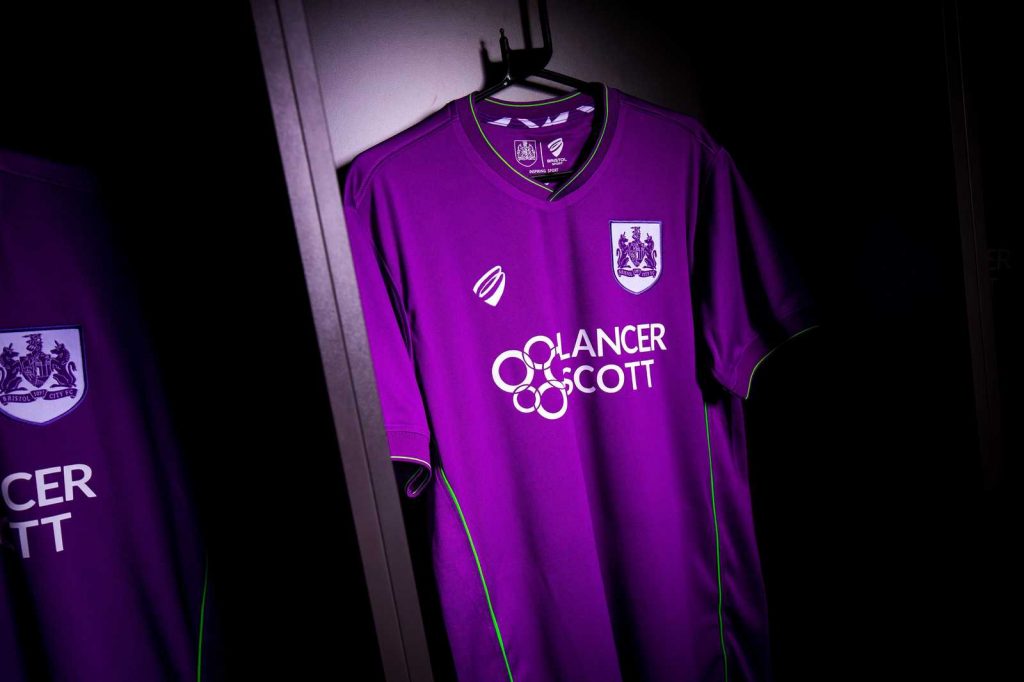 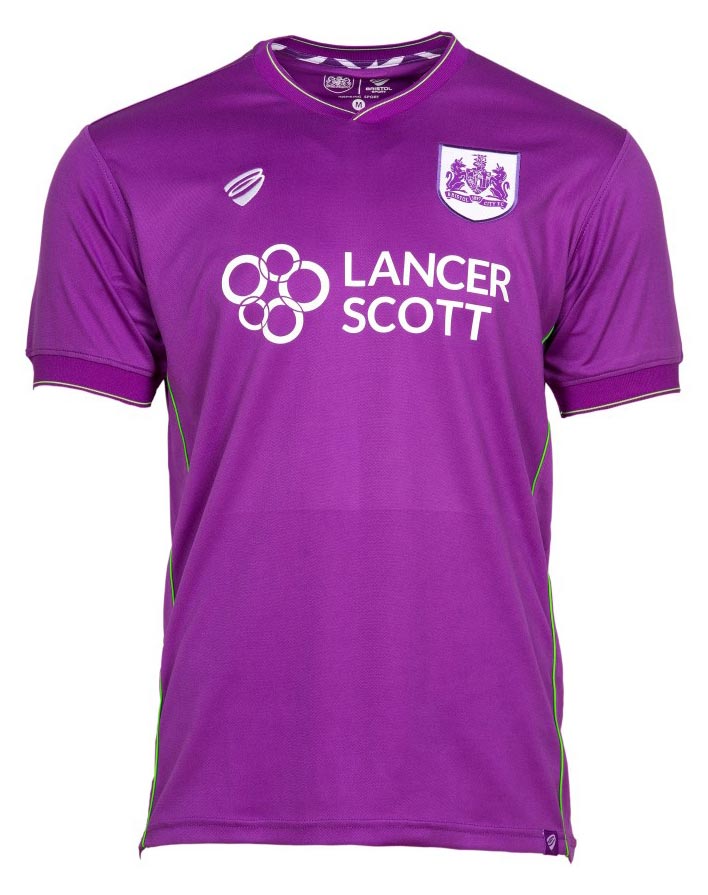 The Robins red shirt for the home games is replaced by a purple shirt, accompanied by lime green shorts and trim. If Liverpool’s third kit is ‘lurid’, lord knows what this combination is.

The shirt itself is a plain design, with a round collar featuring an overlapping y-pattern with a thin white band toward the upper edge.

Down each side of the shirt’s are two lime green stripes. 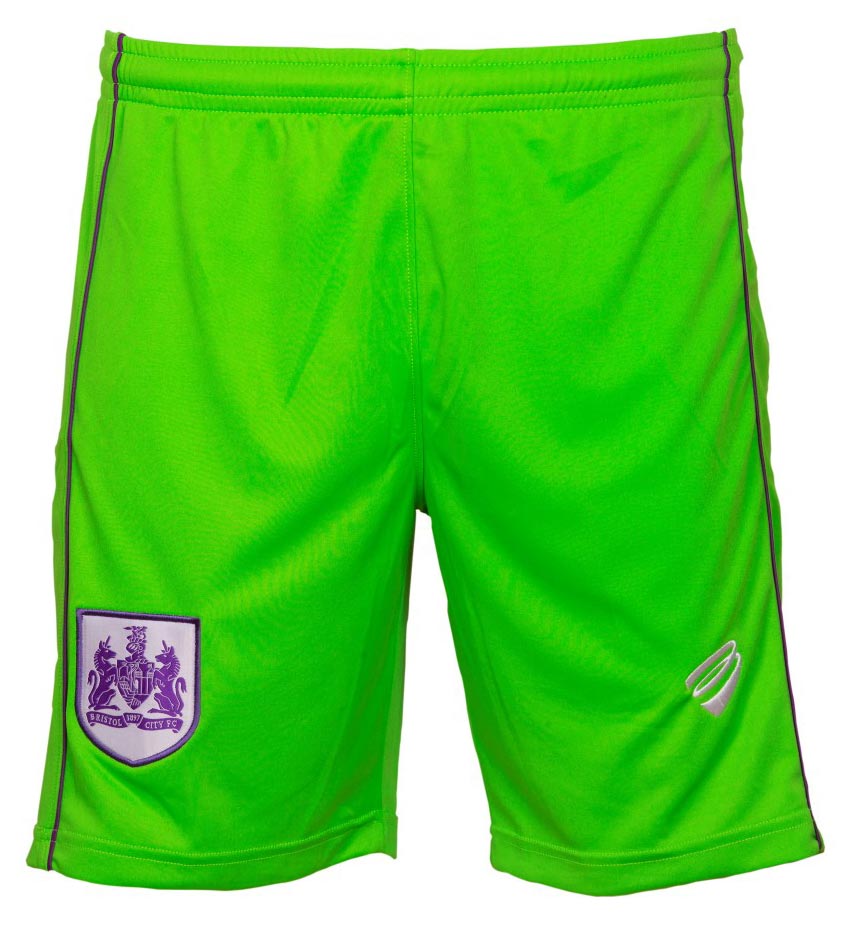 The shorts are another matter. The side of each leg has a thin purple stripe while the accents are white.

As with the shirt, the badge has a white background with purple stitching.

What more can we say? Lime green shirt and purple shorts; is that a worse combination? All-purple? All lime green? Yikes…