Bristol Rovers, formed in 1883, first introduced white and blue quarters into their designs in 1931. The 2016/17 will see the 54th iteration of the kit. Only during a decade from 1962/63 have they not worn the quarters. Oh, and one exceptionally awful kit which appeared in 1996 and left in 1997 with its tail between its legs. 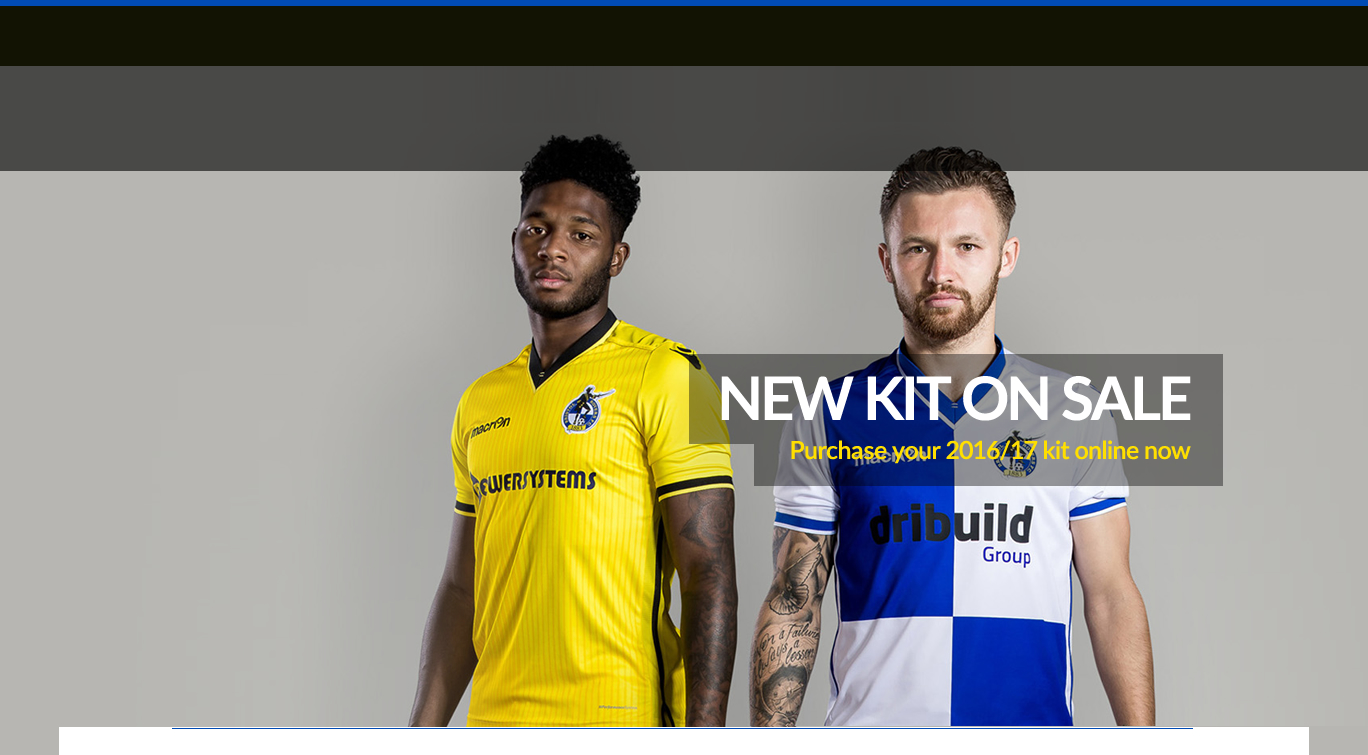 Rovers were promoted from League Two last season and revive their derby against Swindon Town in 2016/17; Bristol City will have to wait another season or two. 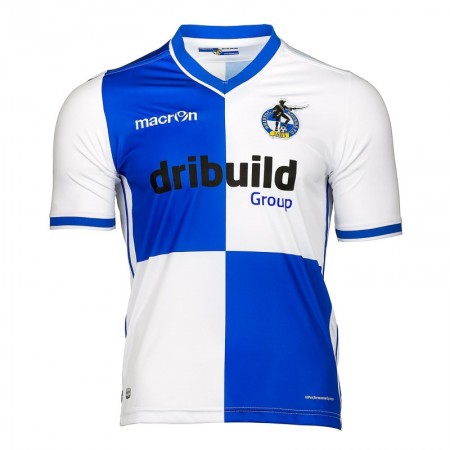 The familiar quarter design is kept straightforward by Macron. Given it’s the first year of their new contract, that isn’t surprising.

The blue and white quarters are straightforward across the front of the shirt. They site below a blue collar with a thin white band forming a guard of honour around the right side of the shirt. 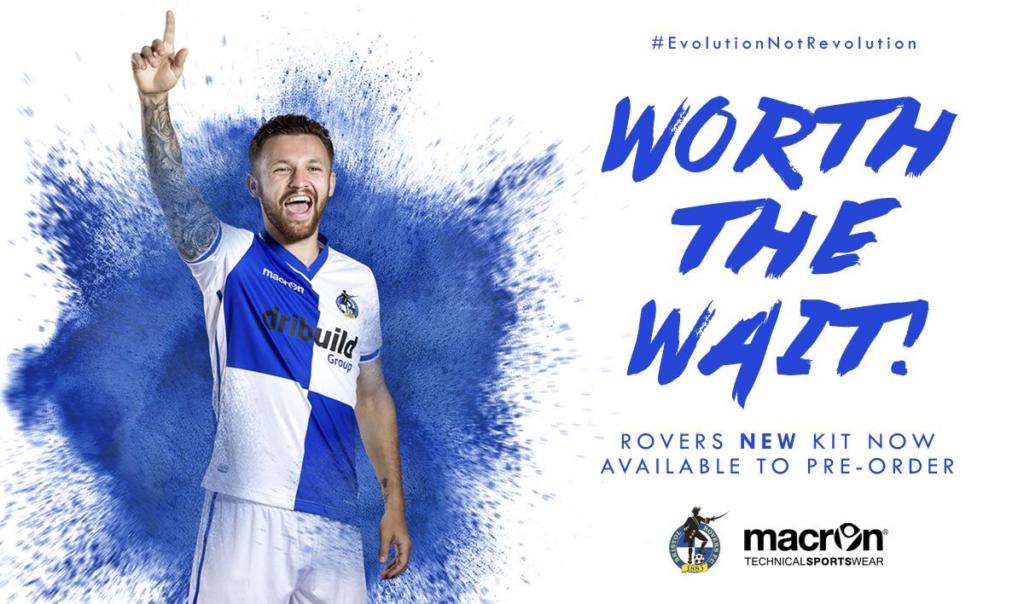 The sleeves are white, as is the back of the shirt. A thin blue line travels the side of the shirt meeting with a similarly placed stripe on the shorts.

Away from the Memorial Stadium, Rovers will wear this kit in 2016/17: 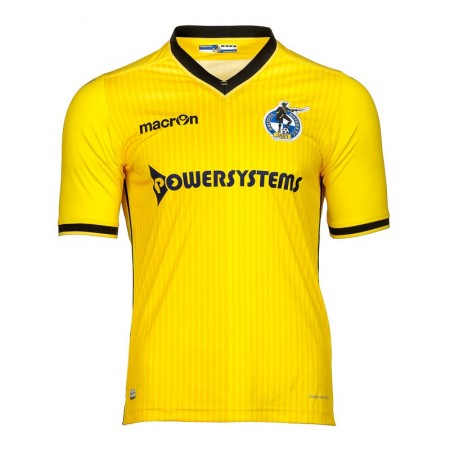 The kit is all-yellow with tonal pinstripes down the front of the shirt. The collar and cuffs are black with a yellow ribbed hem on the sleeves.

Down the side of the shirt sits a black stripe which meets a similarly placed trim on the shorts. 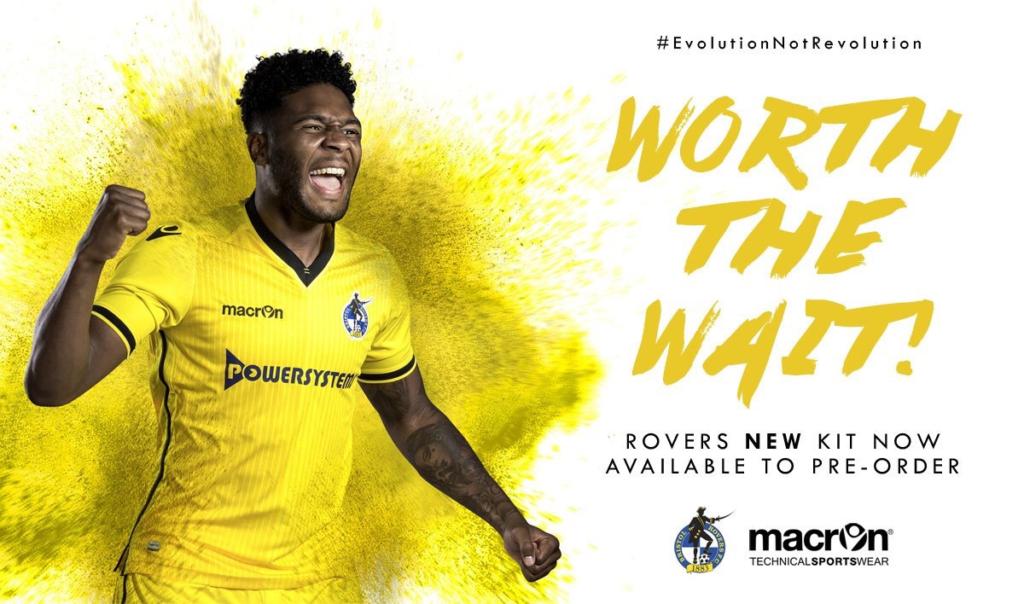 An uncomplicated set of kits with which to celebrate promotion and a claim from Macron staked as a ‘safe pair of hands’ with the kits.