1970, a strange year in Italian football. The great clubs were caught out by Cagliari, with Luigi Riva as the focal point of their attack, with 21 goals in 28 Serie A matches. The Rossoblu won the scudetto by four points – the equivalent of five today with three points for a win – losing just twice. 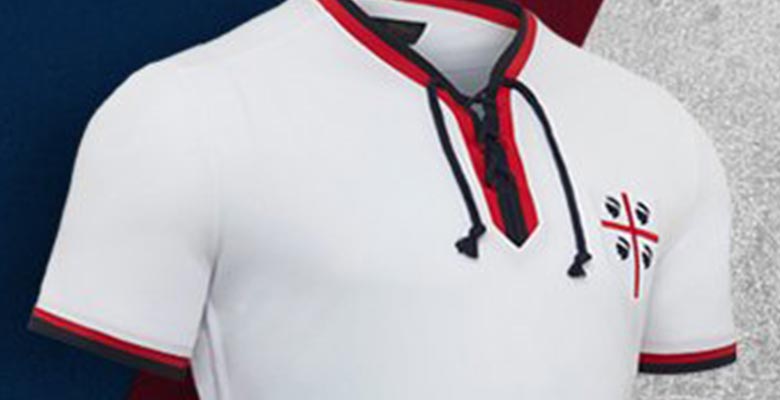 Forty-seven years on, this is the Cagliari shirt commemorating their 1969-70 title win: 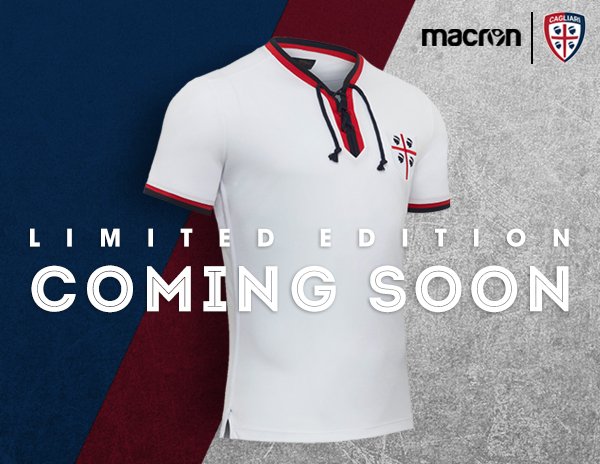 The current Cagliari side will wear the shirt when they face Torino on 9th April.

Macron has issued a faithful replica of the shirt worn in 1970. The white shirt comes with the club’s core colours of red and dark blue represented in the trim. The laced y-collar has red and blue bands while the same pattern is repeated on the shirt cuffs.

The club crest features on the left breast while Macron deserve credit for omitting their logo off the shirt. It’s as faithful a reproduction of the original as you are likely to find.

This season isn’t working out so well for Cagliari. Fourteen points clear of the relegation zone, the Rossoblu are probably safe from the drop.

The classy number is on sale on April 12th, which is the date when the title became a reality forty-seven years ago.