Cagliari continue the Serie A kit triumphs this summer with a stylish design for their home and away strips. The third kit which was also launched? Read on – you can make up your own mind.

Next season sees them return to Serie A having been promoted as champions, following their eventual triumph over second-placed Crotone. 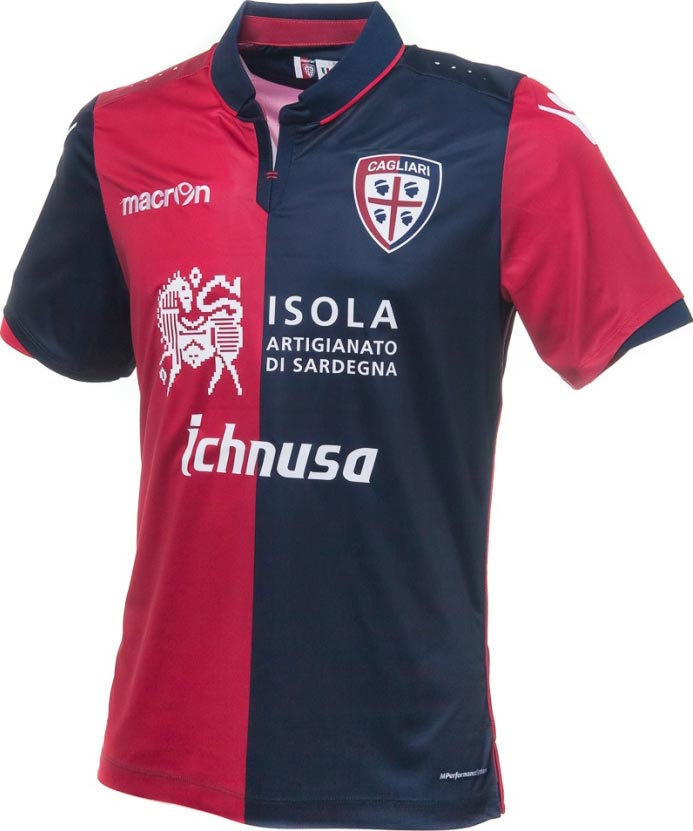 Formed in 1920, Cagliari Calcio have worn red and blue as their primary colours since formation. The red and blue halved shirts reflect the city’s emblems and reference the Sardinian maritime and regal history.

The sleeves are alternate red and blue to the half of the shirt on which they sit. Macron’s logo is contained within a red and blue splash on the cuff, again alternating against the colour of the sleeve.

The shorts are blue, as are the socks. 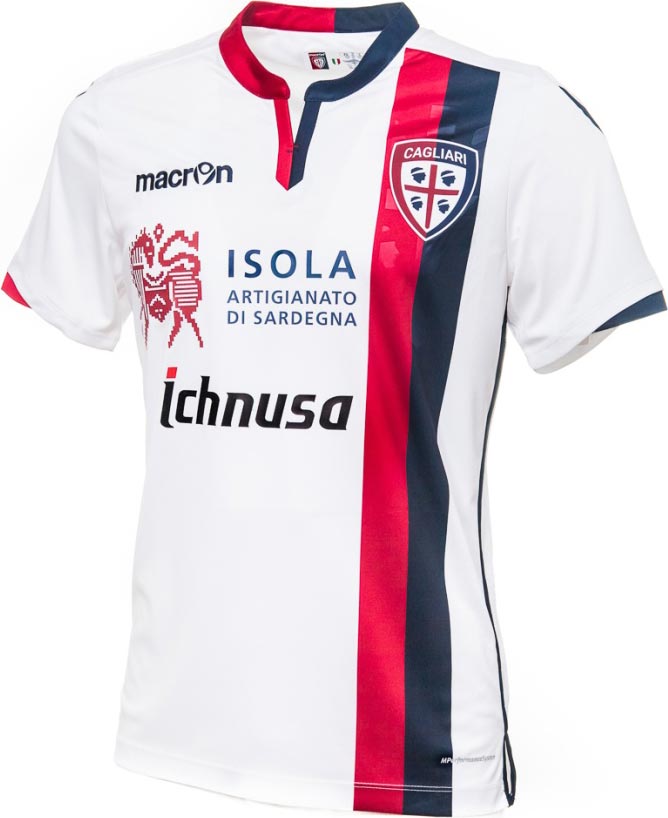 The stylish design relies heavily on the contrast between the base white and the strong red and blue trim. On the left body of the shirt is a red and blue stripe whilst the collar splits into blue on the left and red on the right. 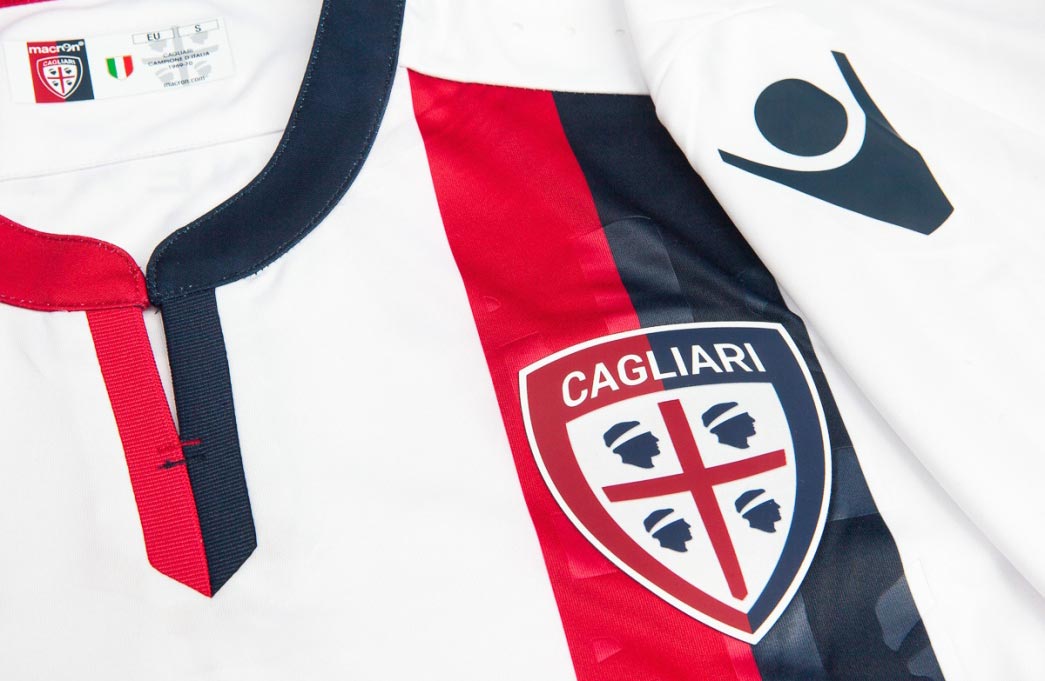 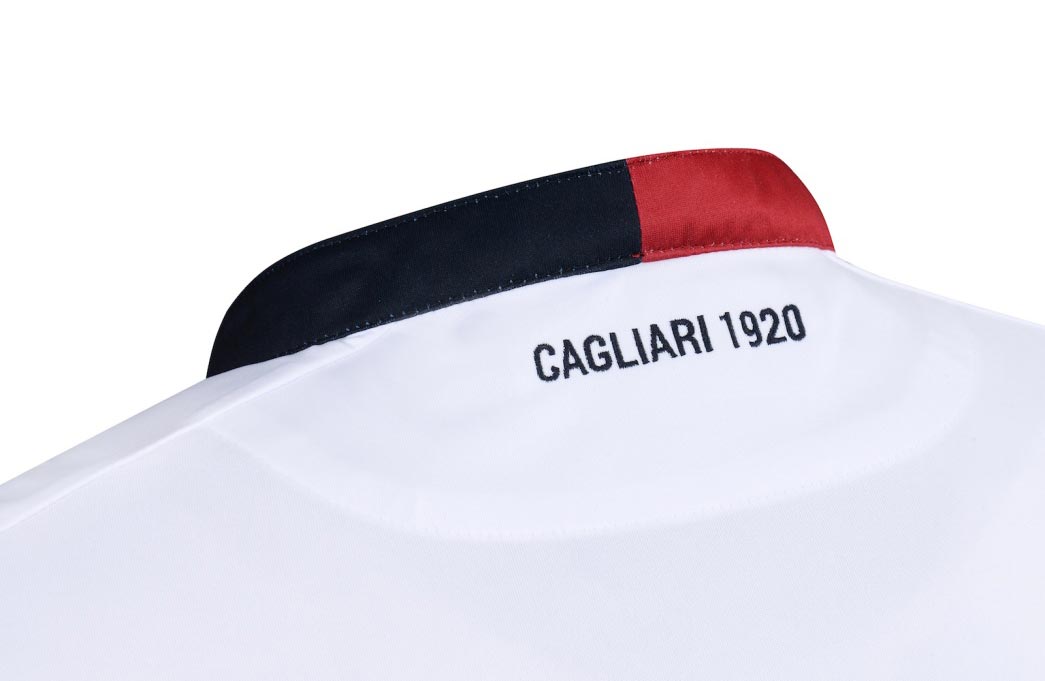 As with the other kits in the range, the club’s name and year of foundation features on the back with the motif, “CAGLIARI 1920” printed below the collar.

This is the third kit which Cagliari will wear during the coming season: 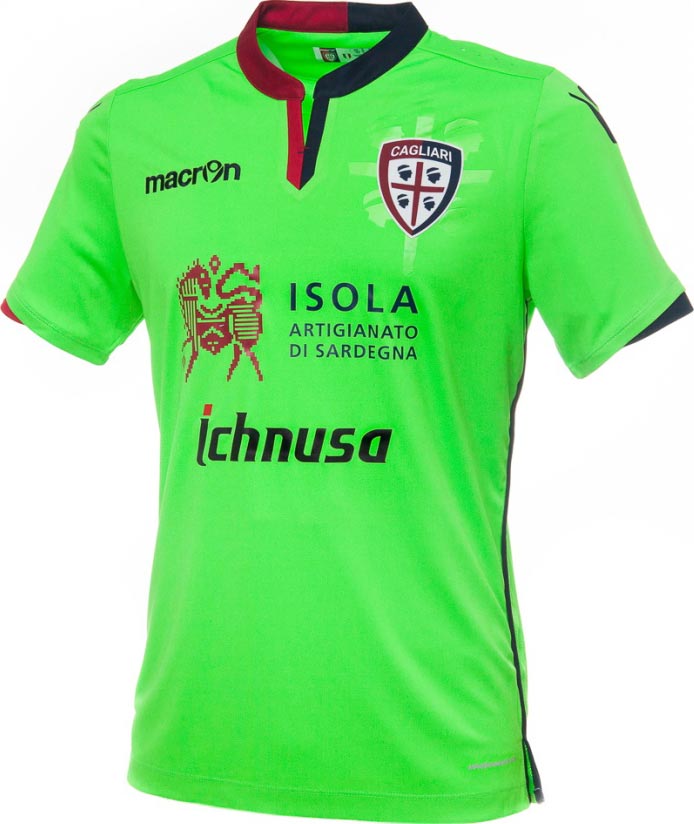 It’s bright, you certainly have to admit that. Lime green with the same red and blue collar design as the away kit, the players will certainly stand out from the crowd. The otherwise plain shirt features a tonal splash of the club badge under the actual crest itself. 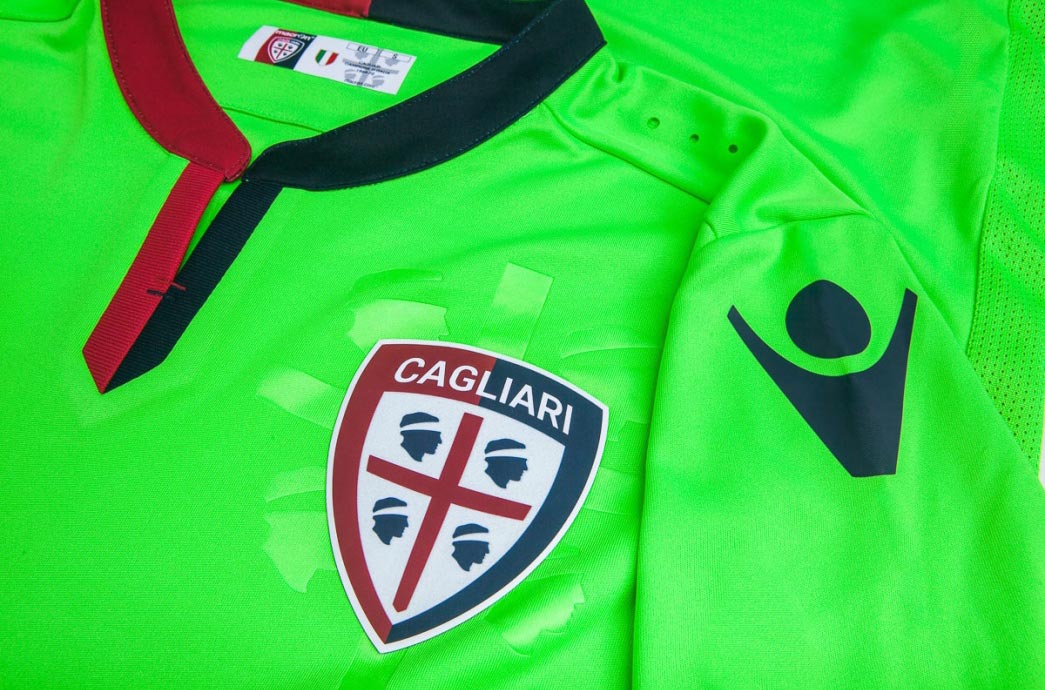 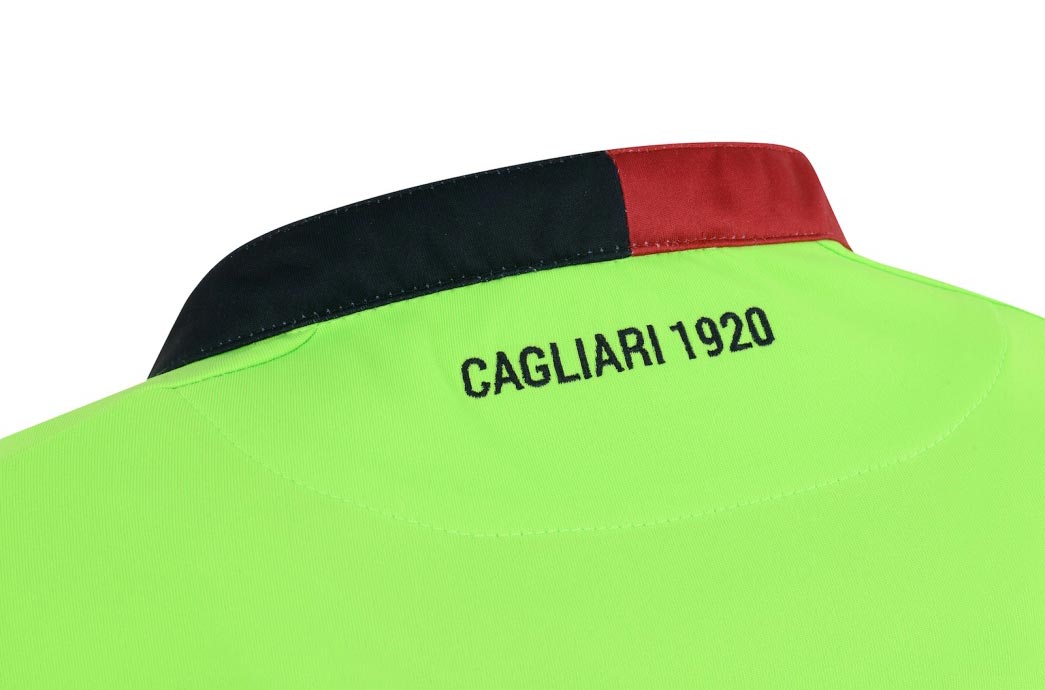 It’s a bright and vivid close to the kits. The home and away are striking in their beauty; the third is striking in its colour…