Puma has issued the Cameroon African Cup of Nations kit. It’s an update on the evo-KNIT strip released earlier in the year. 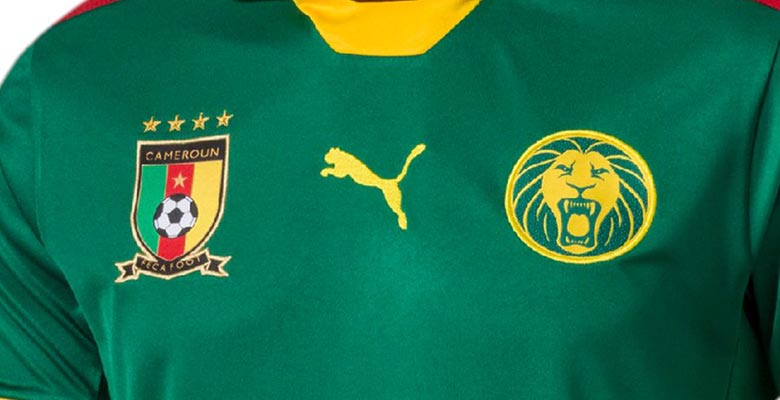 This is the new Cameroon home jersey for the 2017 Africa Cup of Nations: 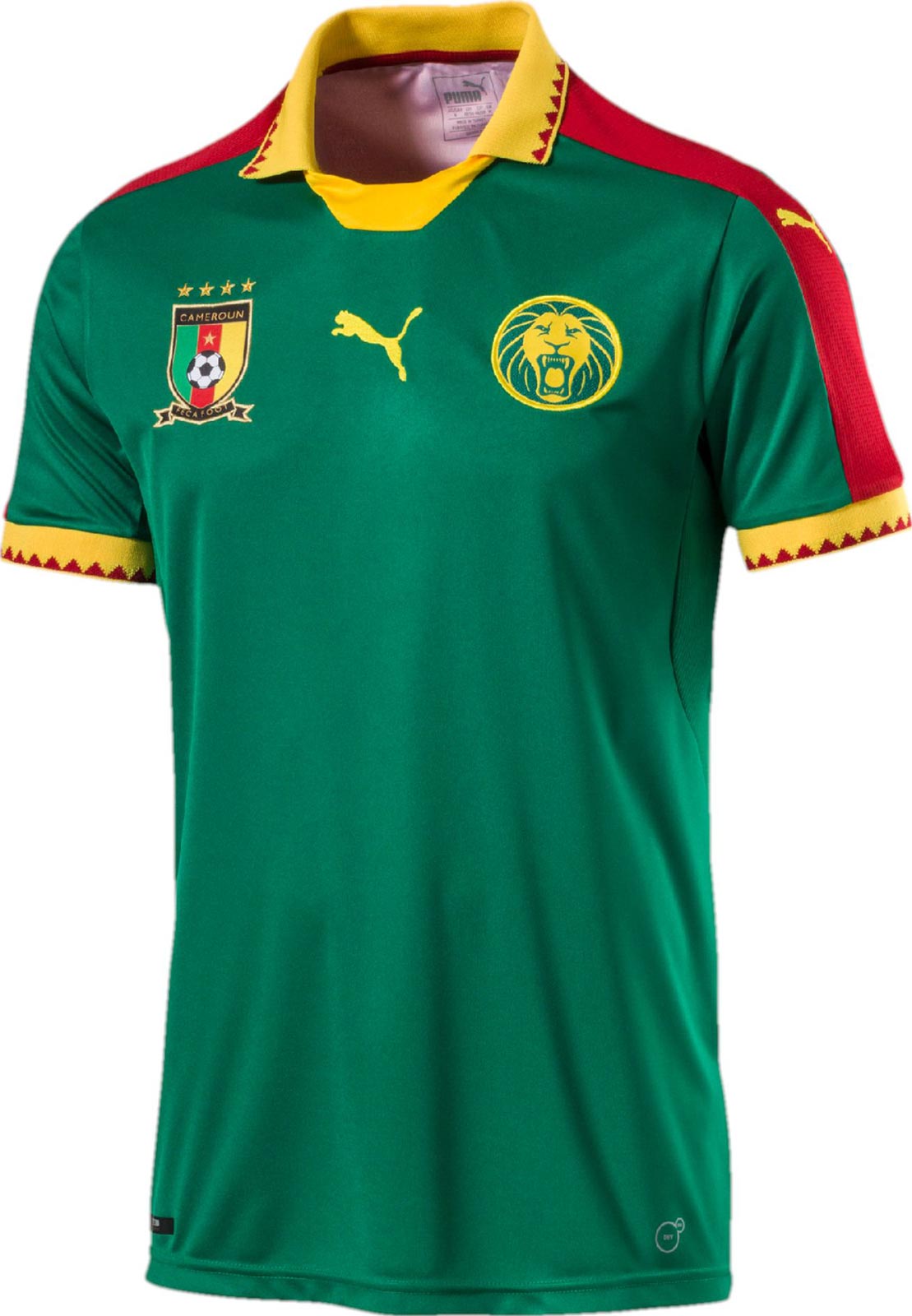 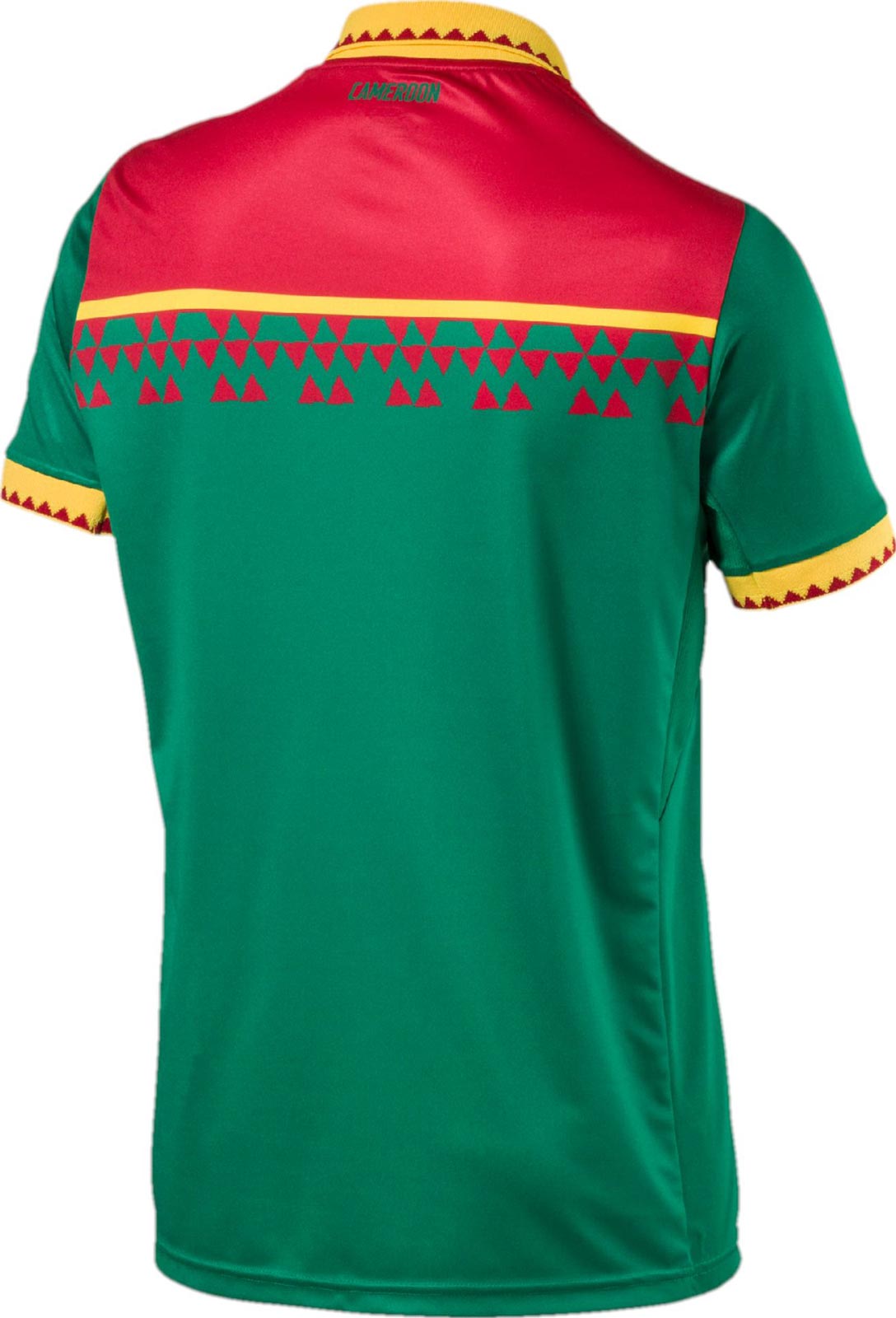 The Indomitable Lions have a vivid design to wear in next winter’s tournament.

Yellow trim, including red triangular pattern, around the lower edge of the cuffs and outer of the collar wings. The neckline, in a clean yellow, is a rounded block design.

The chest features the Puma logo centrally in yellow, guarded on either side by the Cameroon FA – the Fédération Camerounaise de Football – and the familiar lion logo, inspired by the national team’s nickname.

On the shoulders, red panels lead from the collar to the cuffs, featuring a yellow Puma logo.

The reverse of the shirt features a red panel across from the lower shoulder blades to the collar. The country’s name is included below the neckline.

At the base of the panel, a yellow band runs the width of the back. Underneath that is a three-row red triangle panel.

The kit is completed by red shorts and yellow socks.