Ask any football fan worth their salt and they will tell that half-and-half scarves are the bane of the modern game. Spanish Segundo Division club CD Guijuelo have gone one better – or worse, depending on your view – and issued a half-and-half kit. 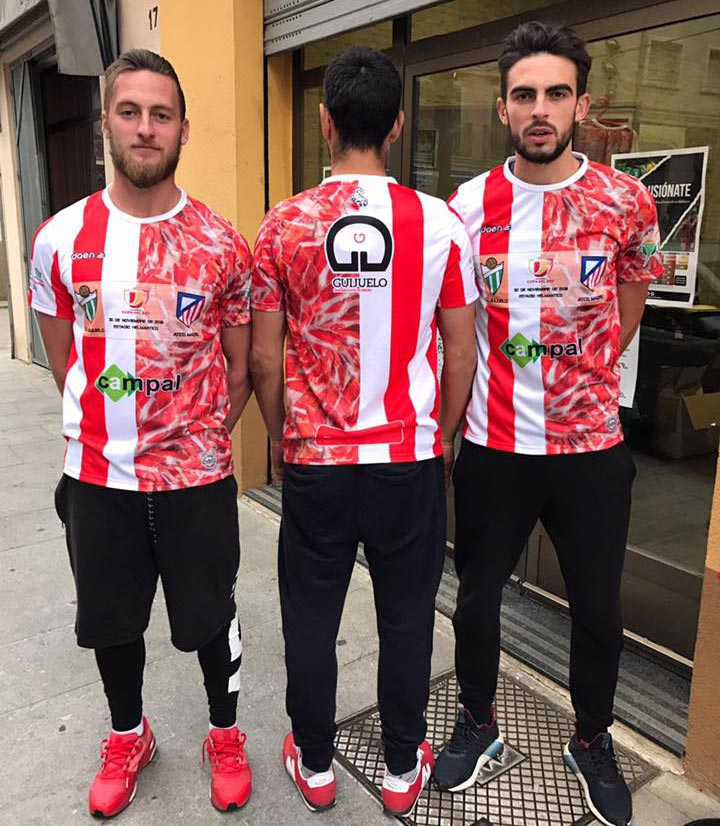 The wearing of this kit has been declared a criminal offence by the football fashion police. It serves a purpose though; more people have heard of CD Guijelo now than they had a year ago. 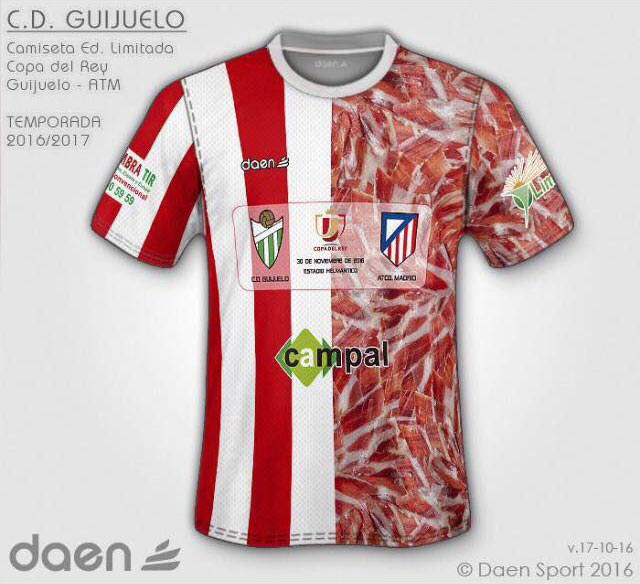 It’s a dreadful kit, there’s no other way to describe it. Well, there is but frankly children read this and that language is unbecoming. 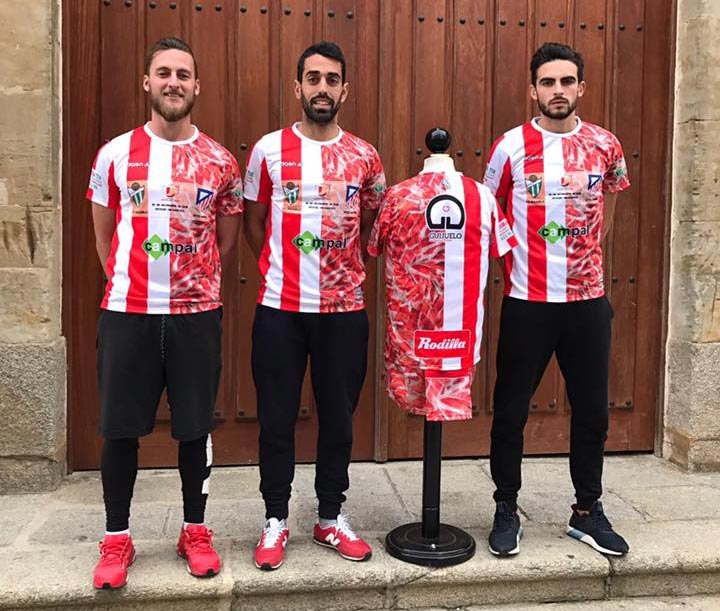 The good thing about it is that it’s reminded me to pick up some Jamon Serrano next time I’m in the supermarket.

Years ago, Arsenal had a ‘superfan’ called Baso who wore a half-and-half kit to every game. One side was the home kit, the other the away. Homemade, his appearance caused some mirth. He still goes, I believe.

Anyway, that brief history of half-and-half kits tells you all you need to know. It’s not a good idea. In fact, it’s a very bad one. But fair play to Guijelo, they are going ahead with it and nothing’s going to stop them…