Narrowly missing out on the title, Club Deportivo Leganes celebrated promotion to La Liga at the launch of their kit for next season. For the first time in their history, they will stand shoulder to shoulder with the giants of Madrid and Barcelona. As their tagline at the launch noted, “Who knows glory”. 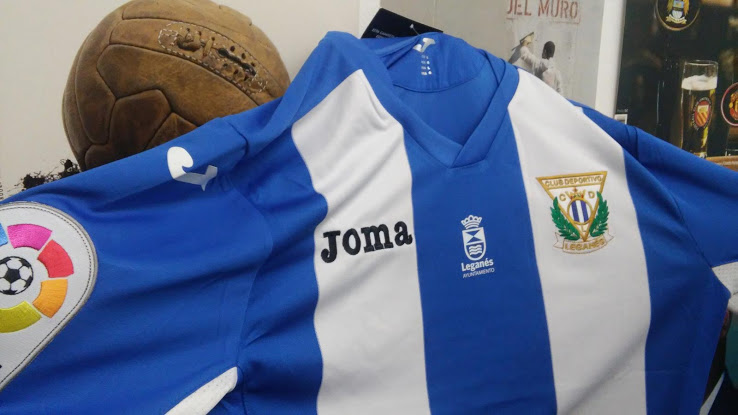 These are the home and away kits CD Leganes will wear for the 2016/17 season. 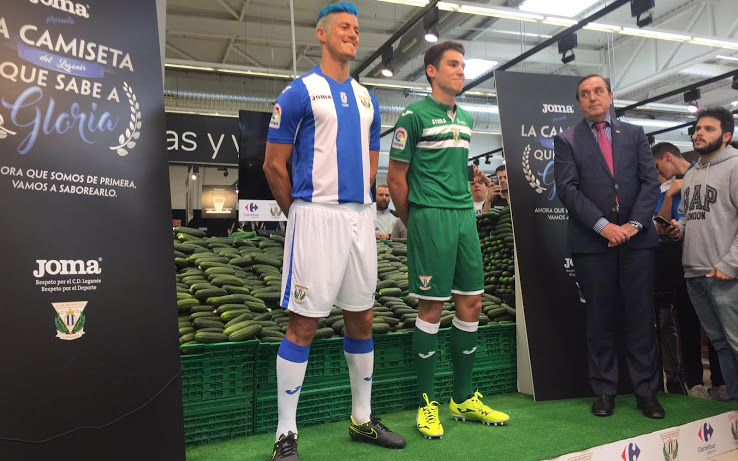 The home kit is evenly spread blue and white stripes on the shirt, accompanied by white shorts and socks. It’s not clear yet whether the blue haircut is obligatory for the players. They probably hope that a matching green one for the away kit, isn’t!

It’s a classic football strip for the home games. The central blue stripe leads into a blue v-neck collar, reminiscent of kits worn during the 1960s. The sleeves are mainly blue, with a white underarm mesh patch giving a splash of colour to the pattern, as well as improving the shirt’s breathability.

The shorts and socks both feature minimal blue trim. 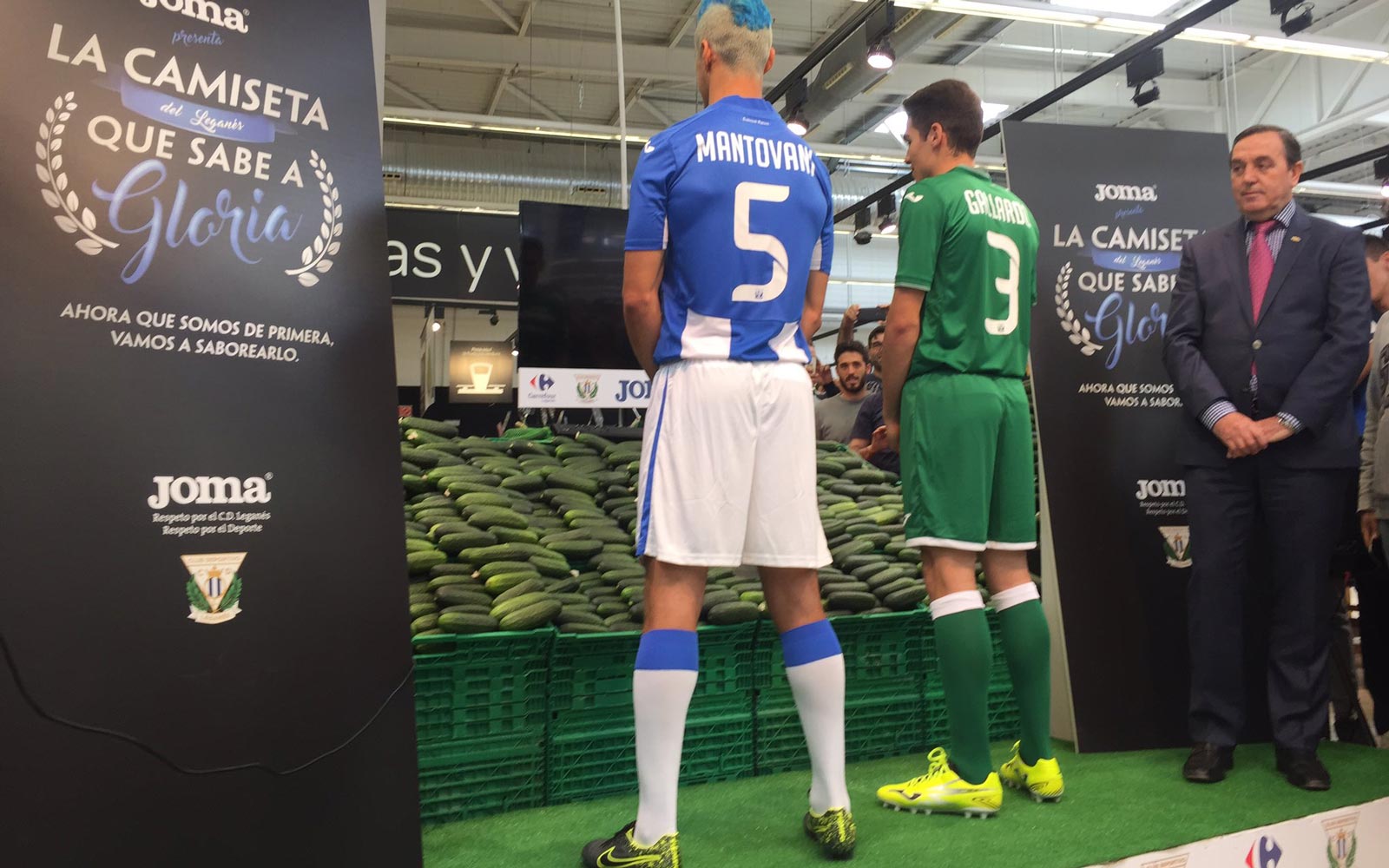 The away kit is predominantly green. On the front of the shirt, a white and black vertical chest band creates a striking visual pattern, and houses the club’s crest.

It’s the only interruption to the green on the shirt with the shorts having white trim on each thigh. The green socks have a white turnover.

¡Buenos Suerte! to Lega in their debut season in the Spanish top flight. May it be the first of many!