La Liga side Celta Vigo are celebrating a return to the European football, achieved by finishing 6th. Their sixth place in the top flight was their best league performance in a decade. Coupled with a run to the last four of the Copa Del Rey for the first time in fifteen years and it’s no wonder Galician eyes are smiling.

The storm clouds are brewing though. Nolito, their Spanish international winger current at Euro 2016, is set to leave for Pep Guardiola’s Manchester City in a €18m deal. Os Celestes will need to act decisively in the transfer market to replace his quality if they are to continue their success. 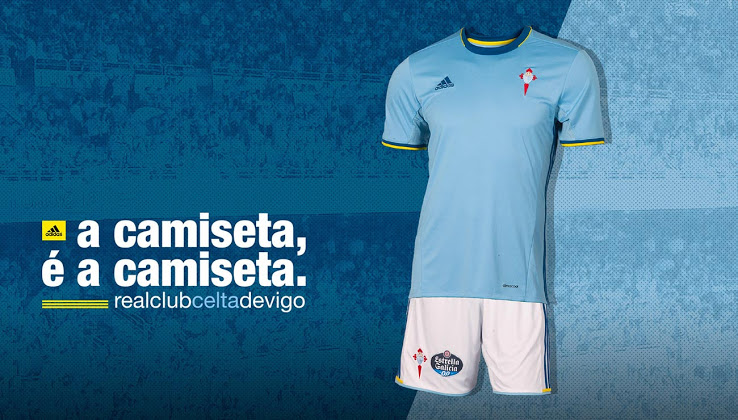 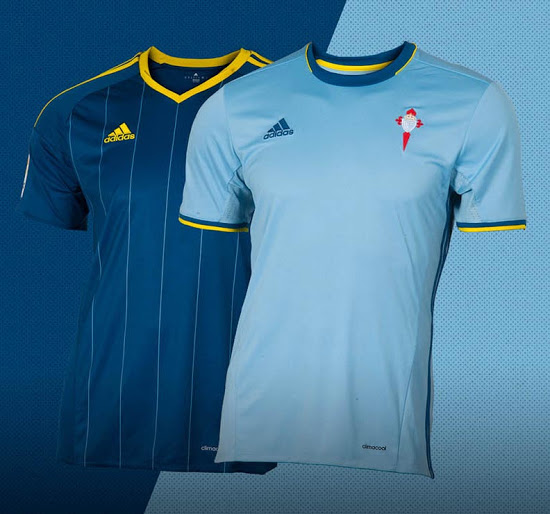 Adidas have come up with a straightforward kit, one which is sure to draw envious glances from Manchester City supporters if the leaked images of the horror show which is claimed to be their kit for next season.

The German manufacturer has kept the shirt clean with the trim in royal blue and yellow. The trademark Three Stripes run from the underarm down each side of the shirt body. In the darker blue shade, they match the upper band of the shirt cuff and the crew-necked collar. Either side of the neck, there is thin yellow piping whilst the the lower band of the cuff is also yellow. 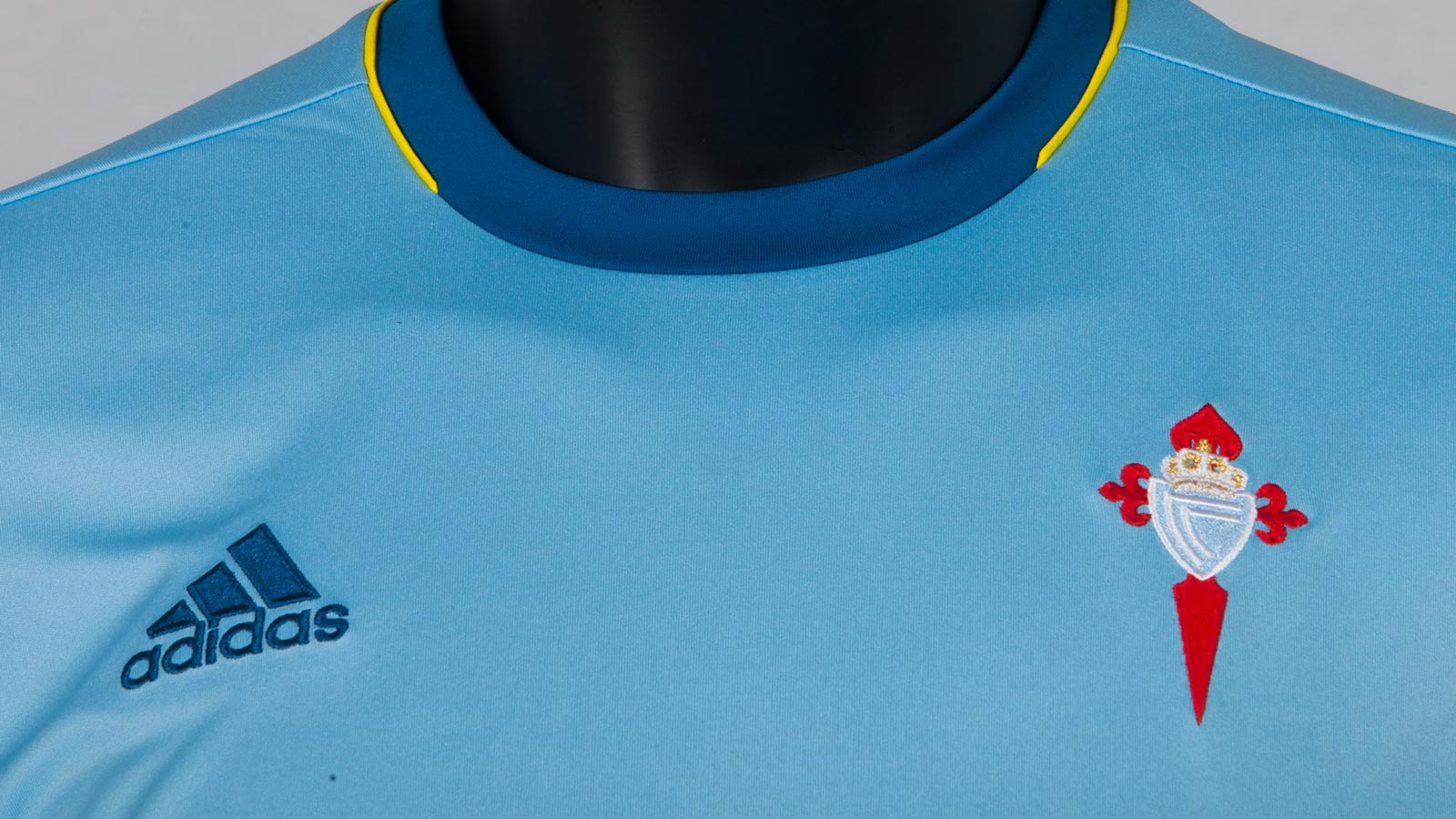 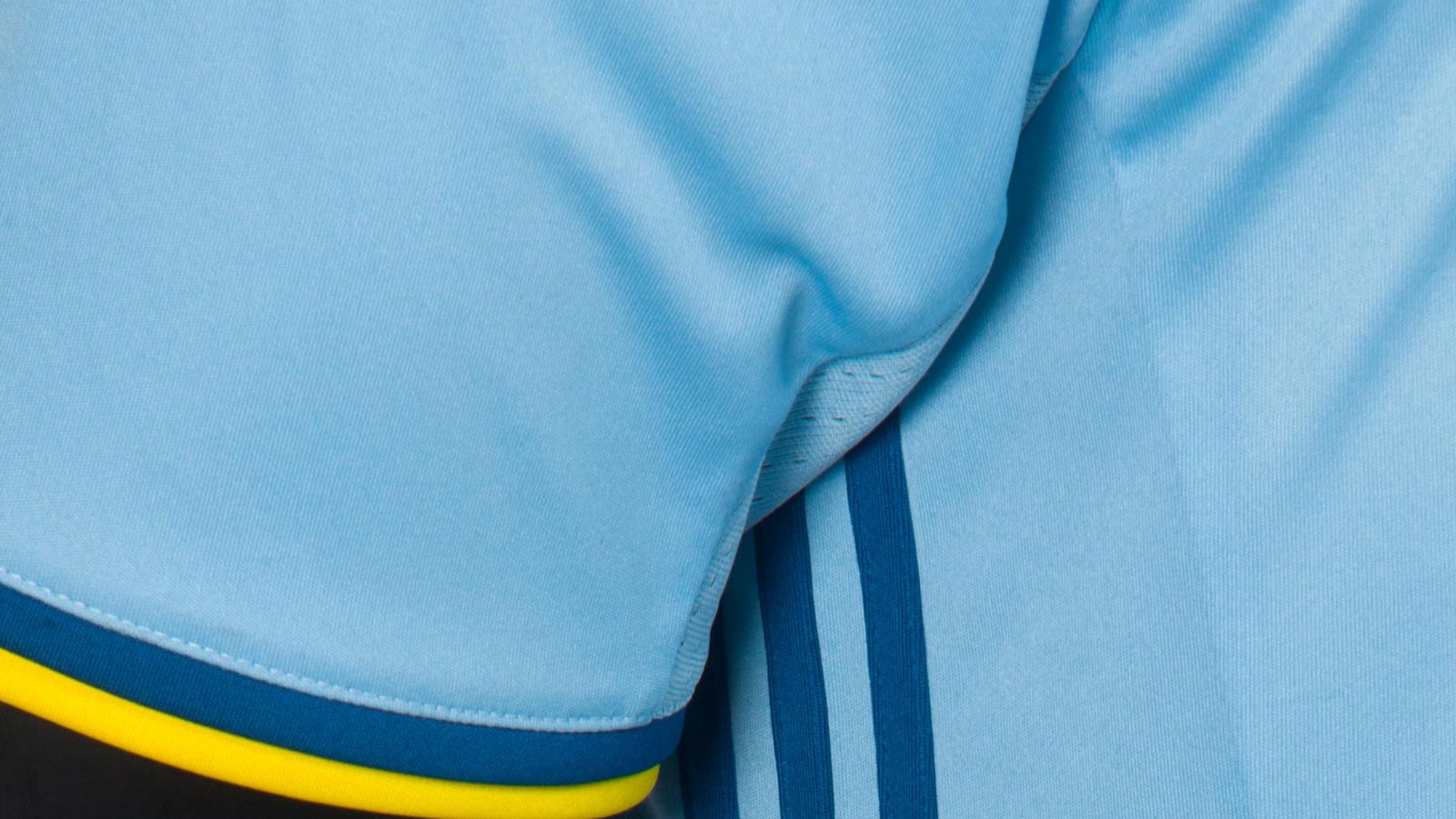 The kit is finished with white shorts.

This is the Celta Vigo away kit. 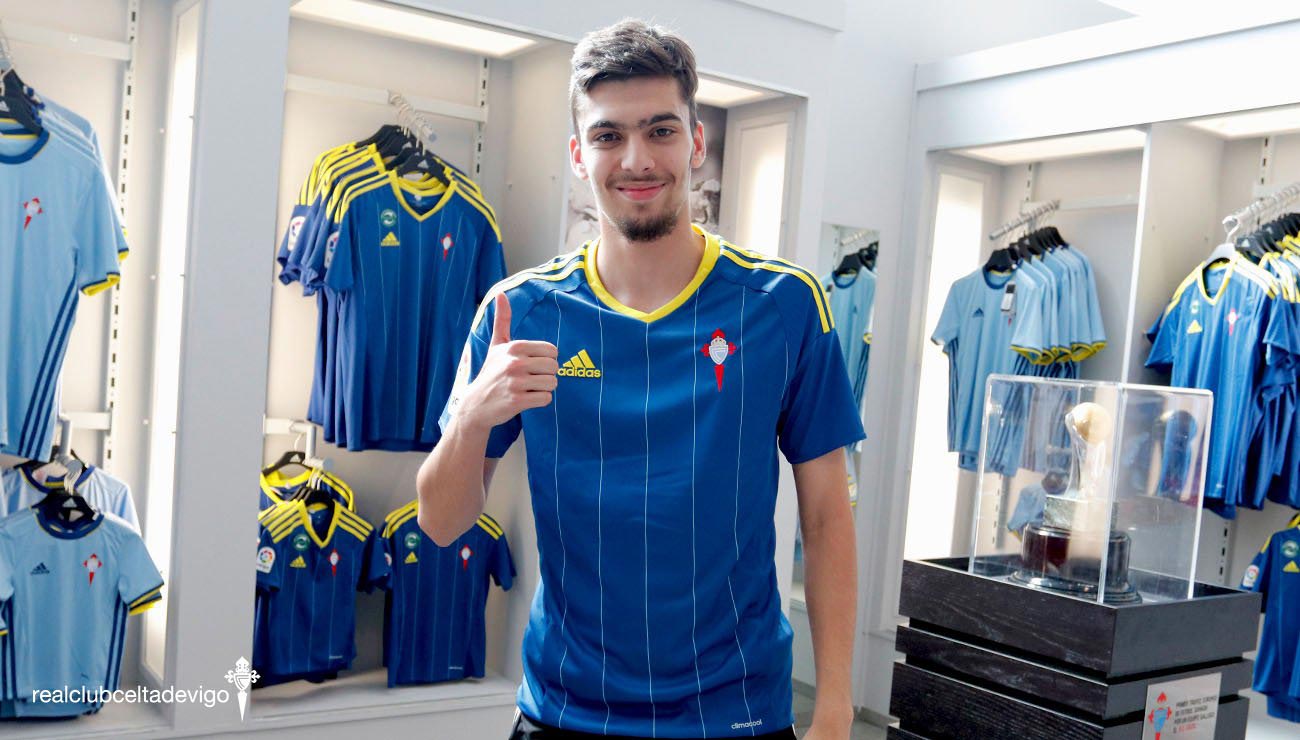 Celta will wear a purple away kit next season, with the shorts and socks matching the colour of the top.

Adidas has placed it’s Three Stripes, in yellow, across a mesh-designed shoulder panel. The rounded collar is also in yellow.

Down the length of the body of the front of the shirt run sky blue pin stripes.

The shorts have yellow trim, as do the socks. 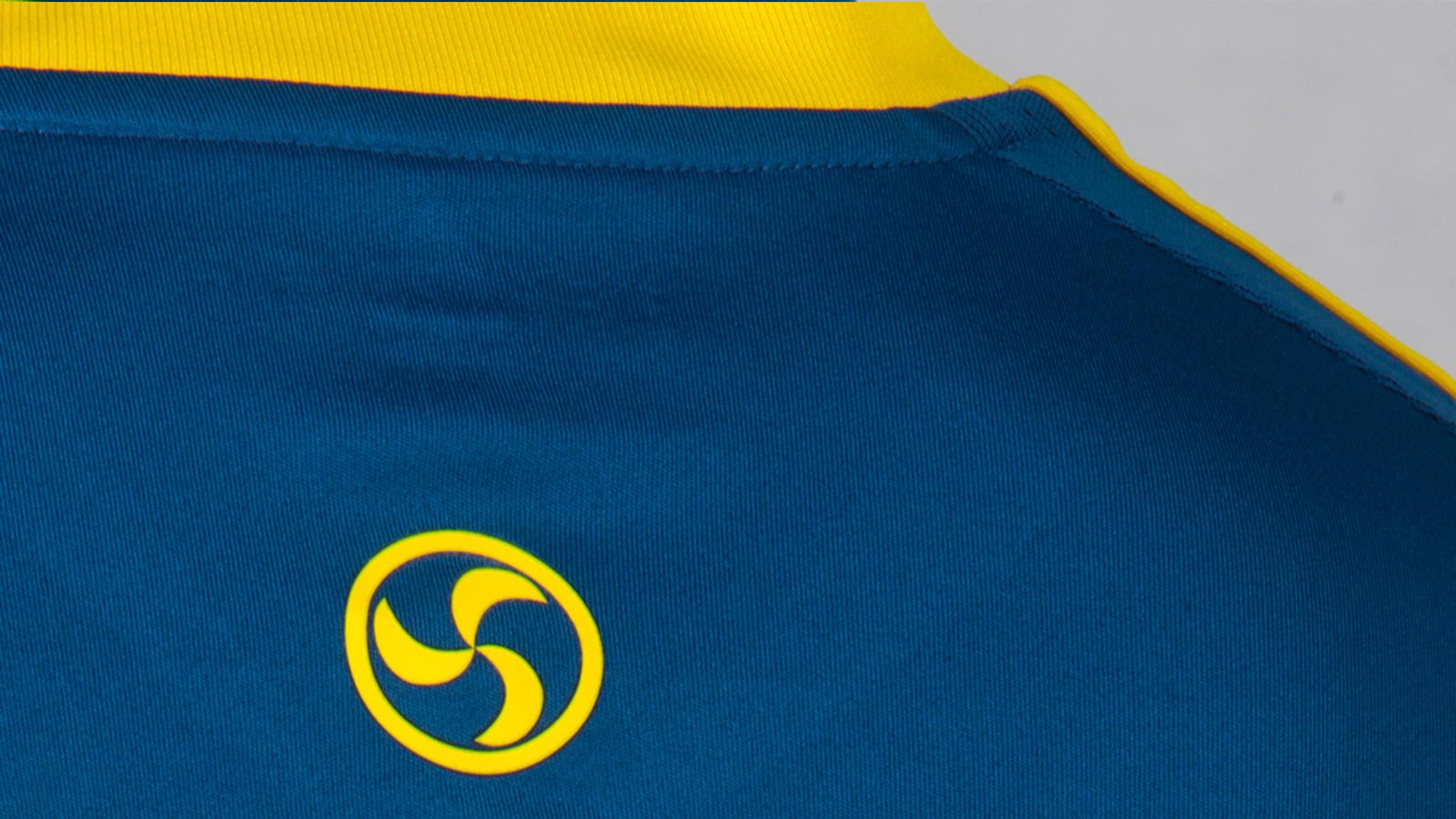 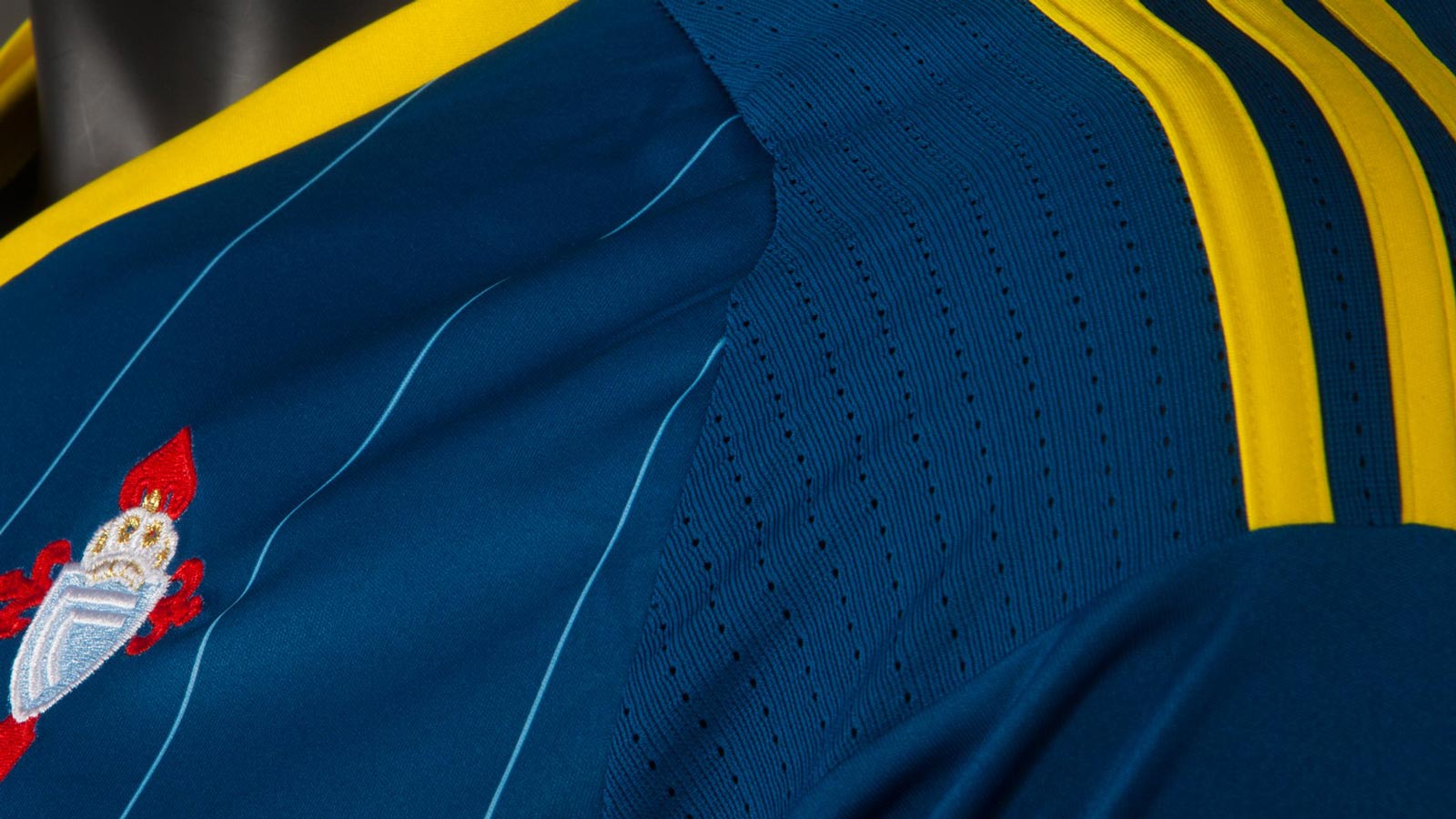 The kits are stylishly simple in their design and certainly going to draw envious glances from the north-west of England.