Widely leaked beforehand, the Celtic away kit for next season has been officially released. The predicted all-black strip, reportedly seen in shops before yesterday, proved correct rather than being cast as imitation kitwear.

The Celts recorded their first pre-season win last weekend, beating Sturm Graz 1 – 0. This follows a 2 – 2 draw against Celje in Slovenia. Sterner tests lie ahead with matches against Wolfsburg, cLeicester, Barcelona and Internazionale to come. 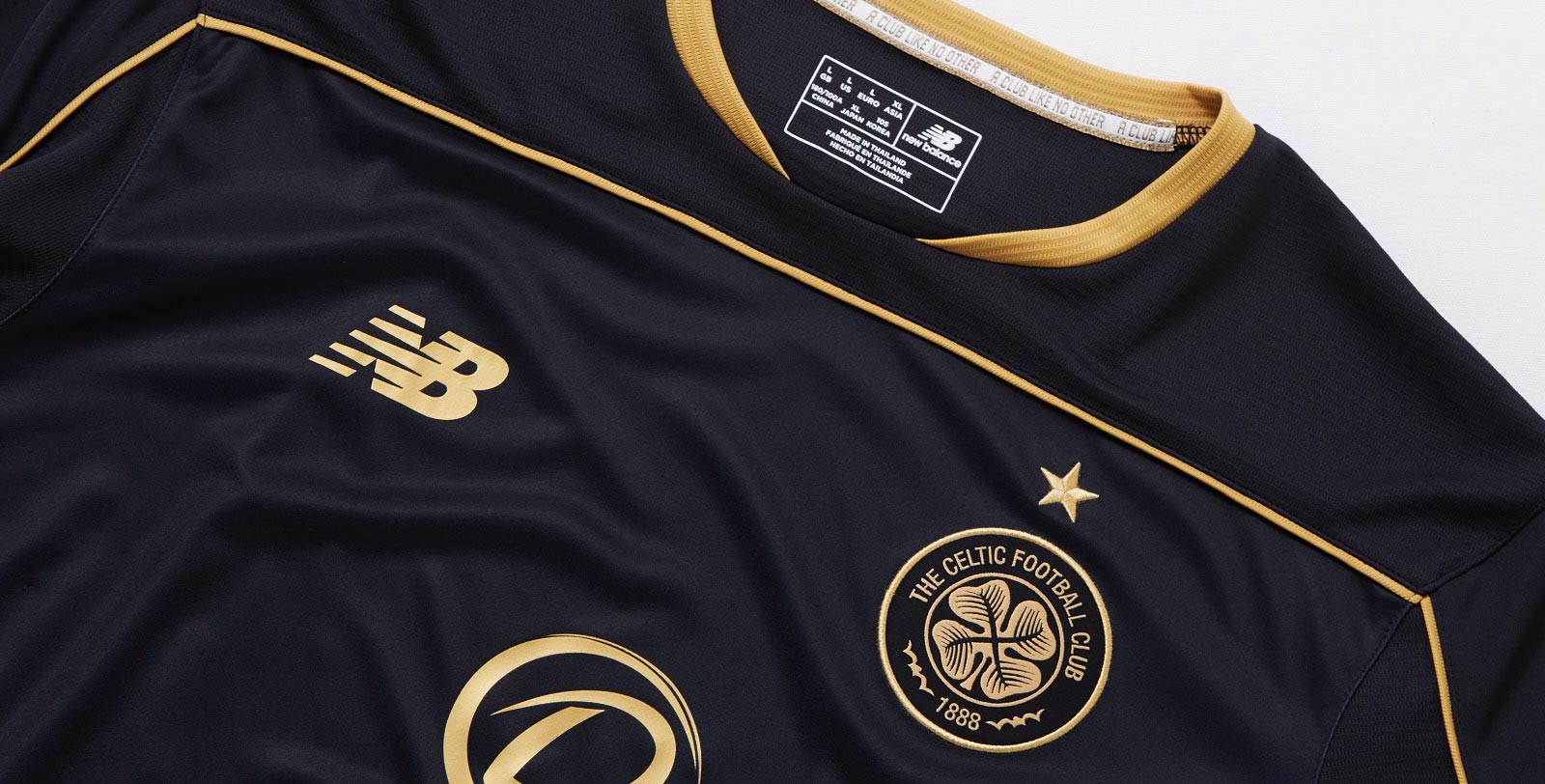 This is the Glasgow Celtic away shirt for the 2016/17 season. 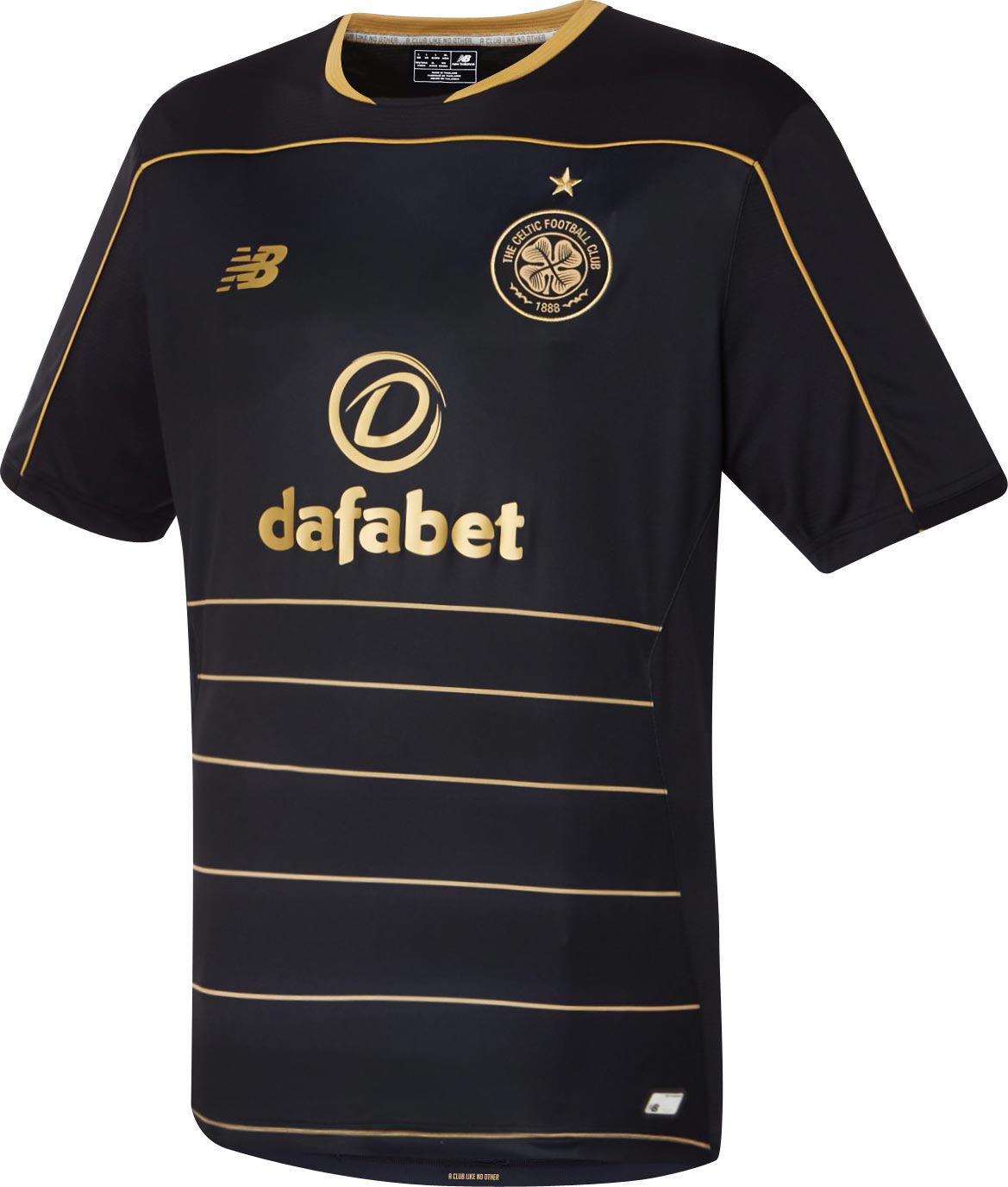 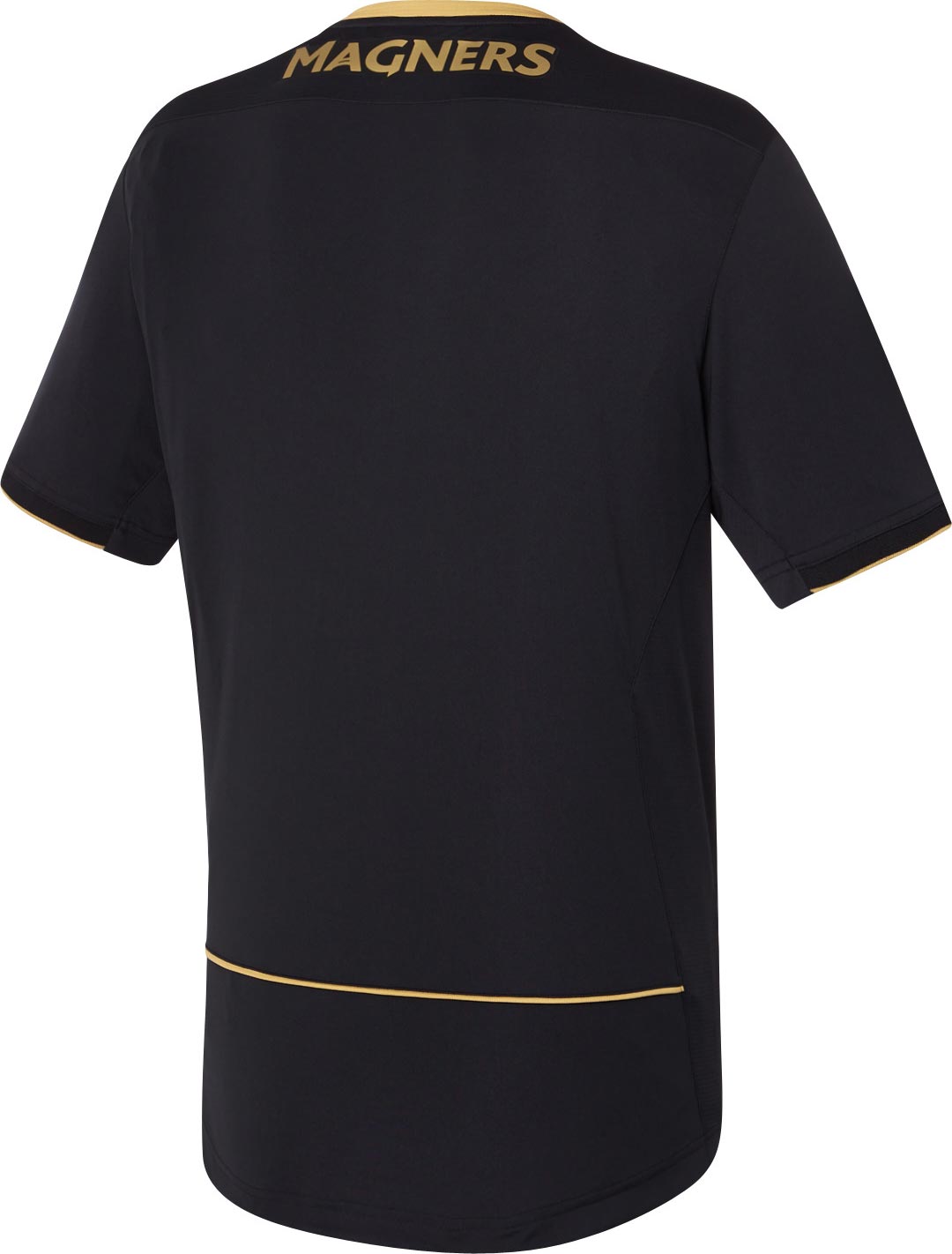 The shirt design – the second from New Balance – draws heavily on the 2003/04 away kit for inspiration. All black, it features gold trim on the front and back.

Gold coloured piping in a horizontal stripe sits across the upper chest. Immediately below that is the insignia of kit manufacturer New Balance, and the club crest, all in golden font. Above the badge sits the reminder of the glorious day in Lisbon when Celtic were crowned Champions of Europe after the 2 –  1 win over Internazionale. Finishing the chest detail is the logo of primary shirt sponsor, Dafabet,

The collar is in gold but with a small black block at the front.

Further down the front of the shirt come six equally spaced horizontal pinstripes which sit across the stomach.

The back of the shirt is plain black save for the logo of secondary sponsors, Magners, and a horizontal pinstripe toward the bottom. 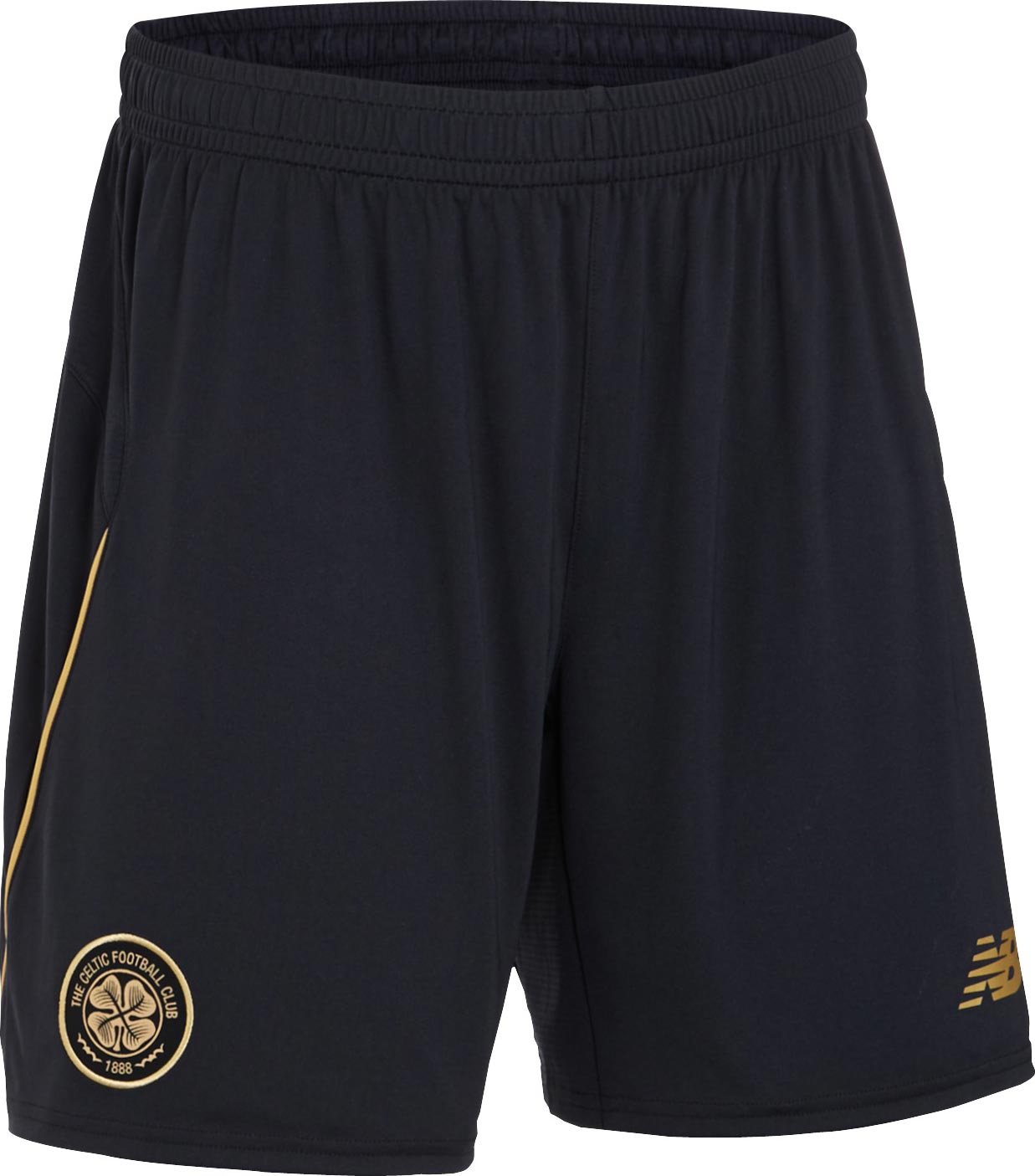 The kit is finished with black shorts and socks. Both feature gold trim, in the form of the club crest and New Balance’s logo on the shorts whilst the socks feature “CELTIC” on the front and New Balance on the back.

New Balance and the club have come up with an outstanding design for the coming season.