Glasgow Celtic, Scottish Premiership champions for the fifth season, have a new away kit for 2016/17 season and images of the all-black shirt have leaked onto the web. 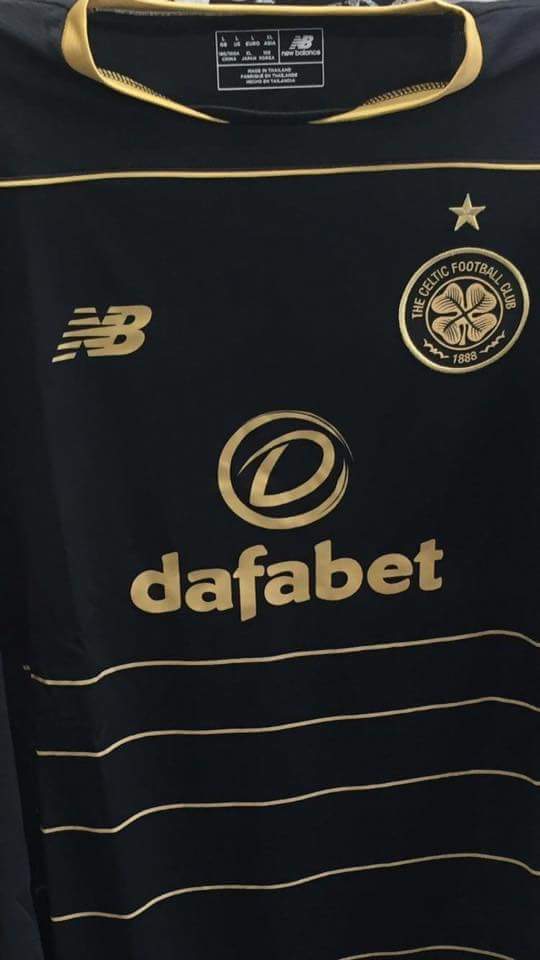 These are the photos of the Glasgow Celtic away shirt for the 2016/17 season. 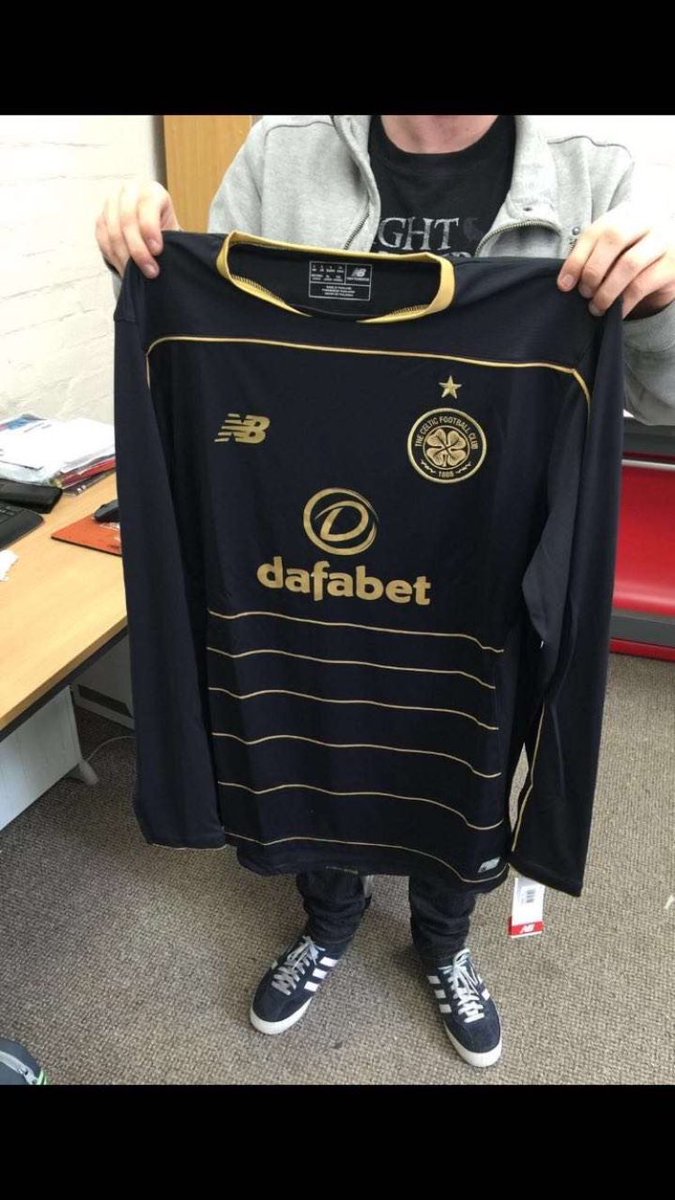 New Balance have gone back to the future with design. The shirt is reminiscent of the Celtic away shirt worn during the 2003/04 season.

Across the upper chest is a gold coloured piping in a horizontal stripe. Sitting below is the logo of primary shirt sponsor, Dafabet, kit manufacturer New Balance, and the club crest, all in golden font. Above the badge sits the reminder of the glorious day in Lisbon when Celtic were crowned Champions of Europe after the 2 –  1 win over Internazionale.

The collar is the same colour as the design continues with a consistent application of the colour scheme through to the six horizontal pinstripes which sit across the stomach of the front of the shirt.

It’s expected that the kit will be finished with black shorts and socks. New Balance and the club have come up with an outstanding design for the coming season.