Celtic unveiled 2017-18 home kit, featuring a tribute to the ‘Lisbon Lions’. In fifty years time, the celebrations may include another record-breaking Bhoys team. The current squad are on course for an undefeated season, scoring more than 100 goals and taking more than 100 points.

Aberdeen, Partick and Hearts stand in their way, with the Dons also looking to foil Celtic’s hopes of a domestic treble this season. The two sides met in the League Cup final earlier in the season, with the champions winning 3 – 0. 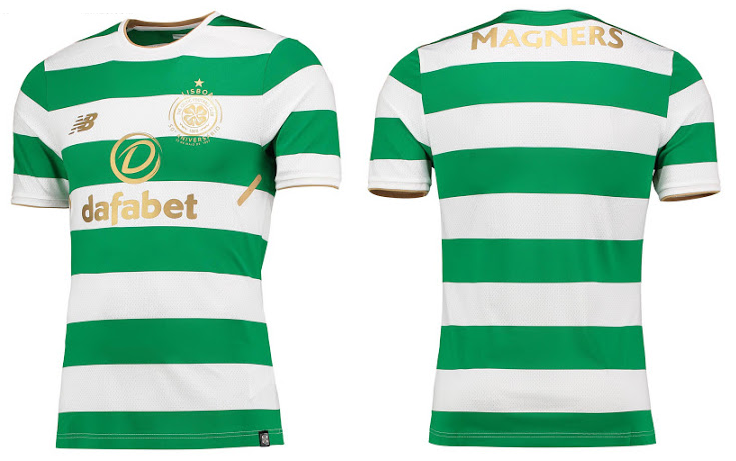 It is as faithful a reproduction of the kit worn that night in Lisbon, as a modern kit can be.

In the best traditions of the club, the green and white hoops run evenly-spaced, horizontally up and down the body of the shirt. If you close your eyes and imagine a Celtic kit, this top is most likely it. 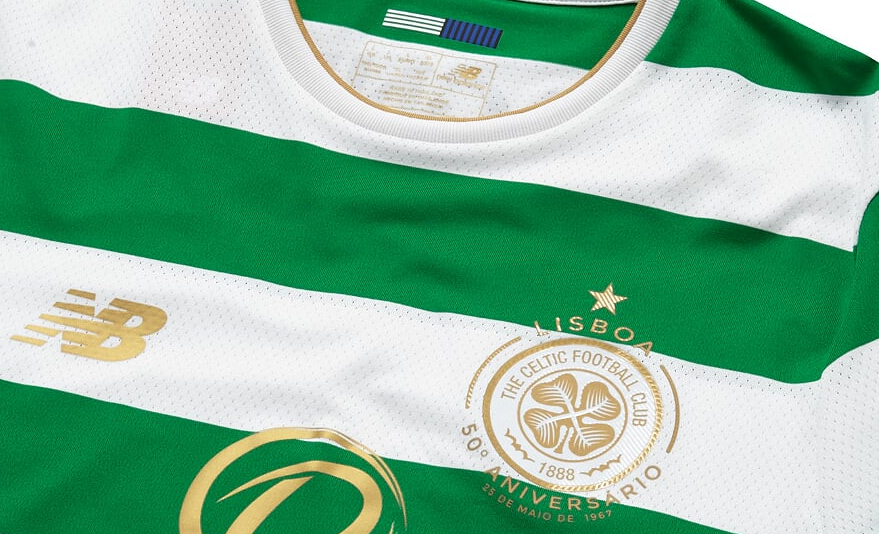 The club crest has been updated, honouring the 2 – 1 win over Internazionale. Bhoys supporters have criticised club and manufacturer for screen printing the badge onto the shirt, rather than stitching the emblem.

That is the only complaint about the design, which was always going to receive a good reception from supporters.

Plain white shorts and white socks with a thin green band on the turnover, complete the kit.