Celtic are celebrating the 50th anniversary of their 1967 Champions Cup win over Internazionale this season.

It nearly went wrong when they became the laughing-stock of Europe after a 0 – 1 defeat to the Gibraltar part-timers of Lincoln Red Imps in the first leg of the Champions League qualifiers. Normal business was resumed with a 3 – 0 win in the second leg but a repeat of the first leg form could see them dumped out of the Champions League by better sides. 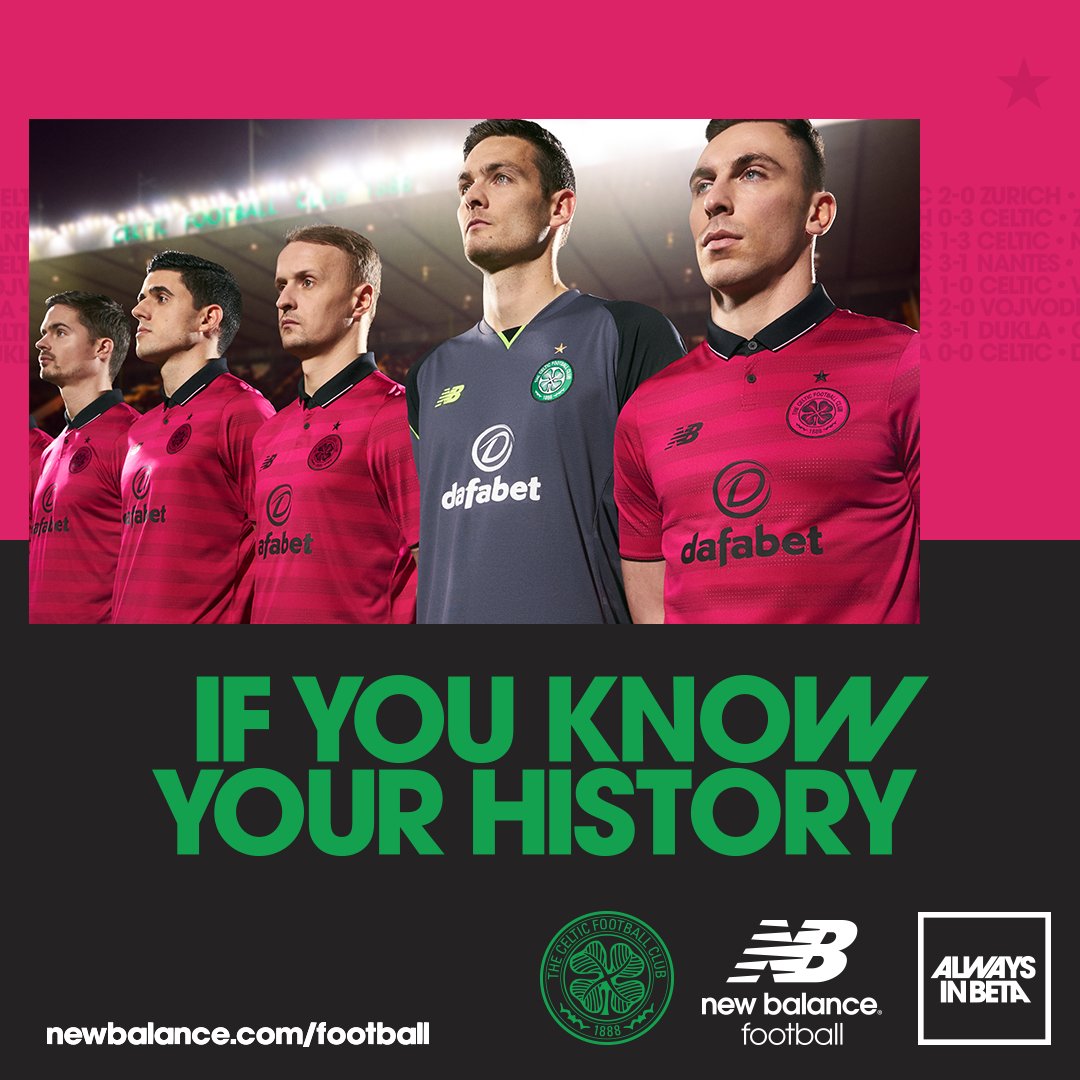 It’s always a risk using pink in a football kit but New Balance have come up with a fine interpretation in this design. 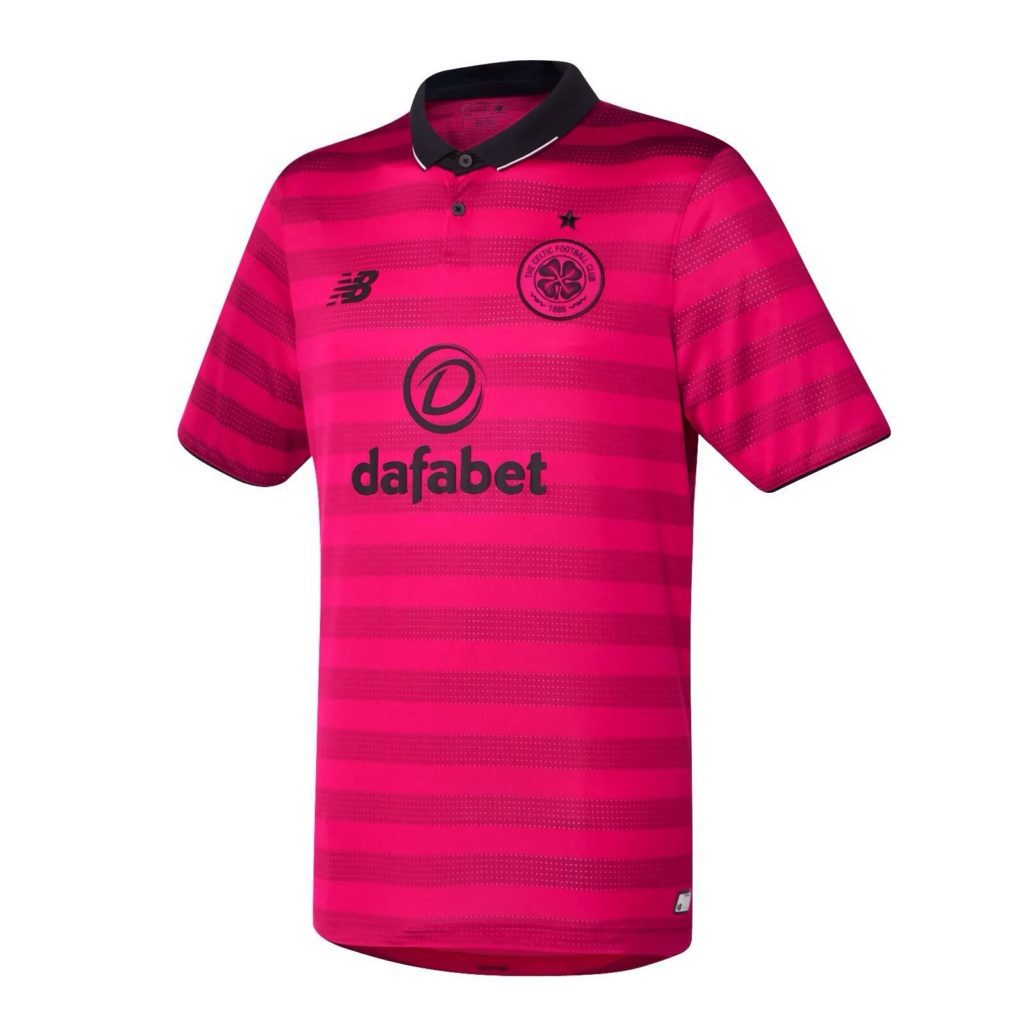 The tonal strips across the body of the shirt offer an interesting visual contrast to the deep pink of the shirt. It’s a design which may have Hearts fans looking on enviously after the recently issued away kit drew scorn and ridicule in the media.

Celtic’s shirt comes with black trim, which is safer that the primrose the Edinburgh club opted for. The collar is a traditional polo style whilst manufacturer and sponsors logos, as well as the club crest, are in black.

The shorts are black, as are the socks.

It’s a nice addition to the casual marketplace with a bright airy feel that the Celts will be hoping to see worn during the group stages of this season’s Champions League.