Cerezo Osaka, in the J-League J2 division, have a new kit this season.

Cerezo is Spanish for ‘Cherry tree’, was adopted after a public vote in 1993. Since then, the club’s fortunes have fluctuated and they have yo-yoed between J1 and J2 divisions. Last season, they finished 17th and will this time around, play in J2. 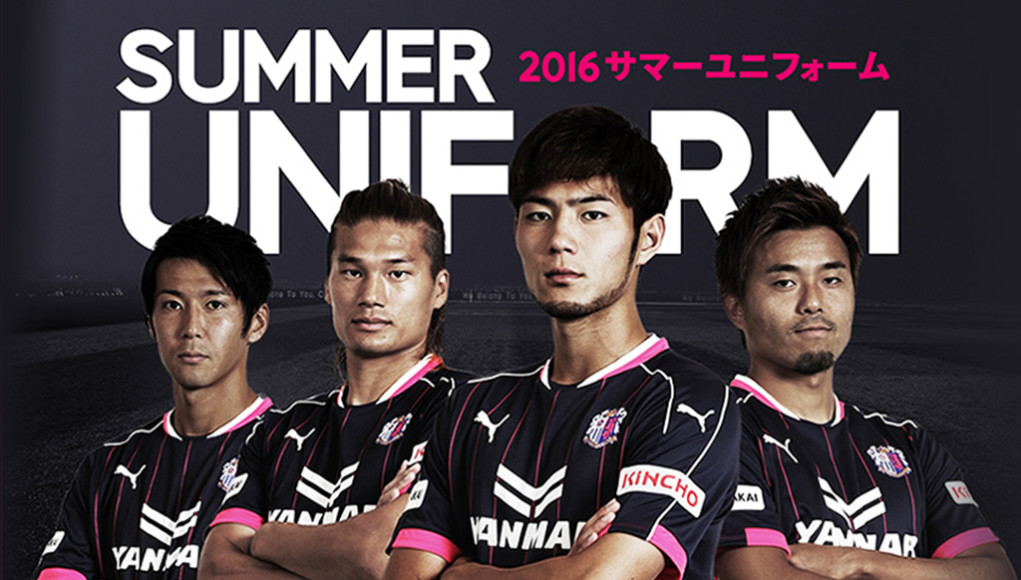 For their home kit in 2016/17 Cerezo Osaka has changed to all-black. Their usual pink is found in the trim. 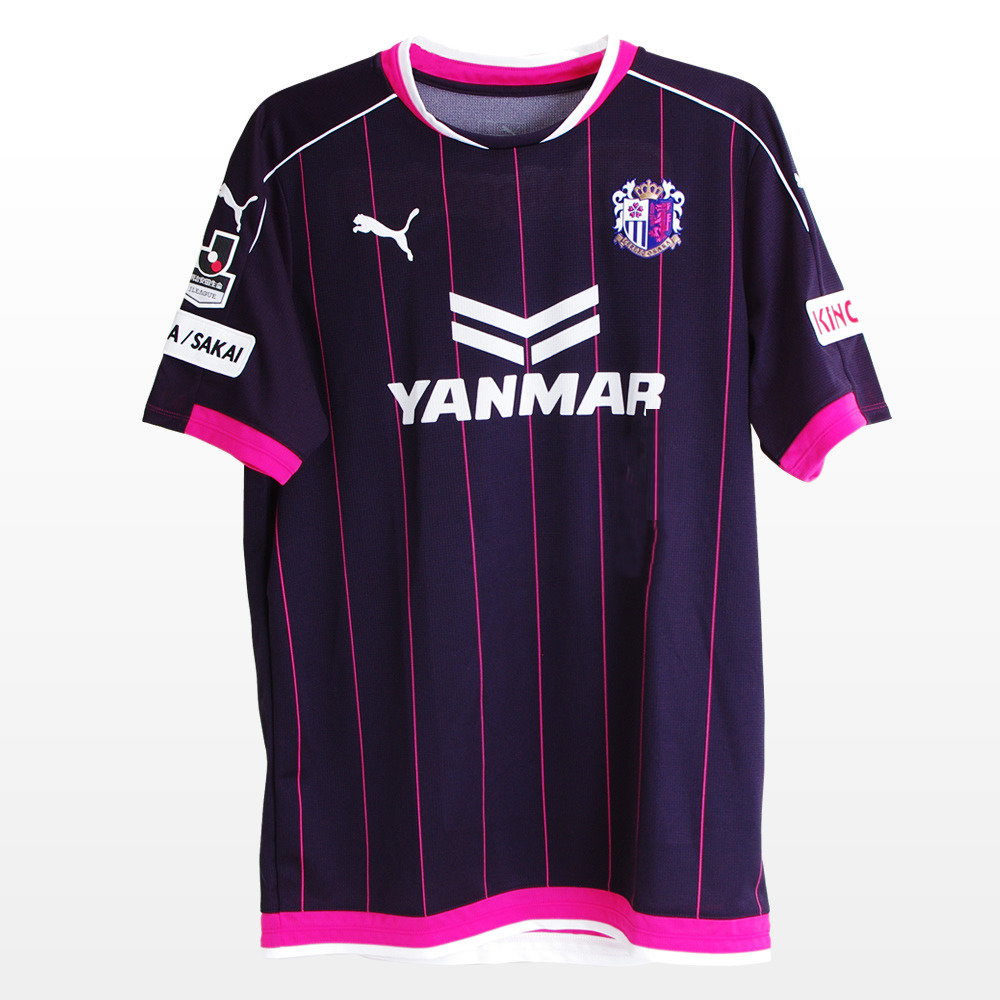 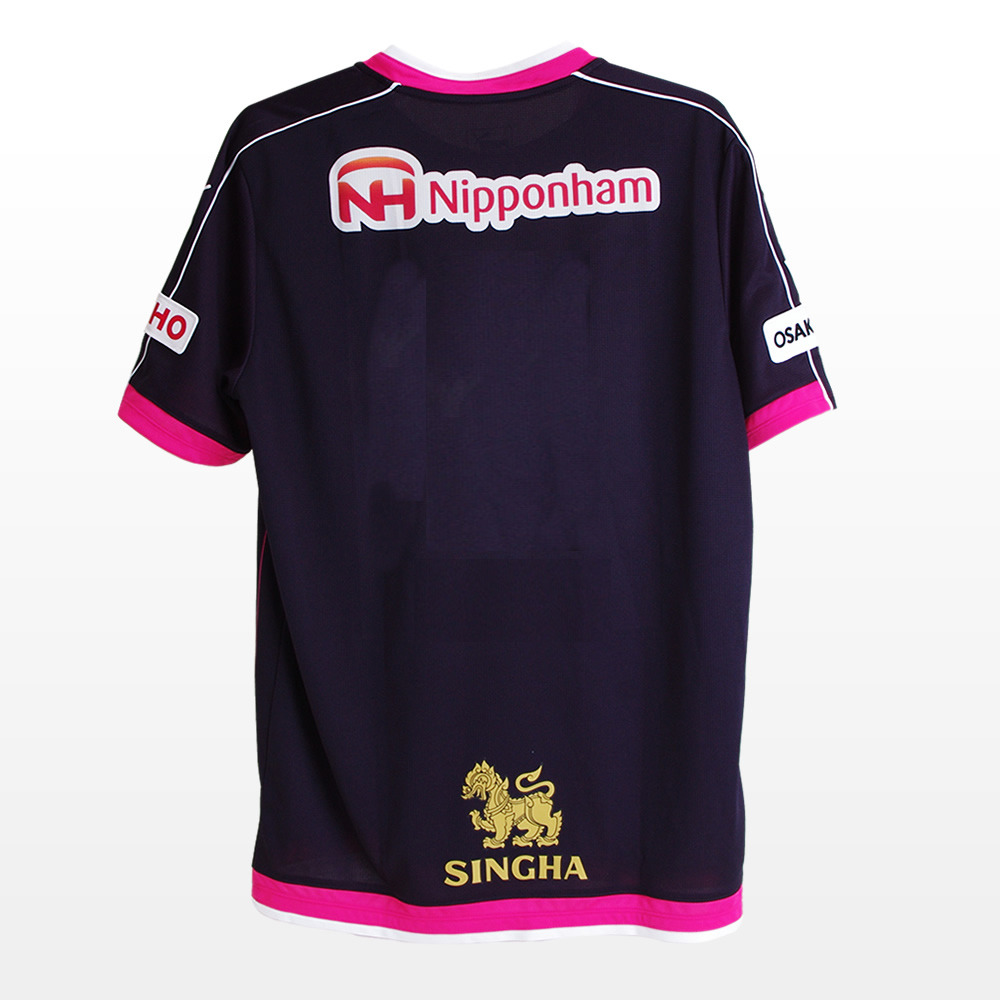 Made by Puma, the kit features white piping along the seams and similarly coloured pinstripes down the body. The collar, a curved V-neck, features pink and white bands, whilst the sleeves cuffs are pink and black halves.

Around the bottom hem, there is a solid pink band sitting on top of a thinner white one, giving a multi-coloured belt effect.

The back of the shirt is a plain design. The space is, after all, needed to accommodate sponsors logos on the upper and lower back. 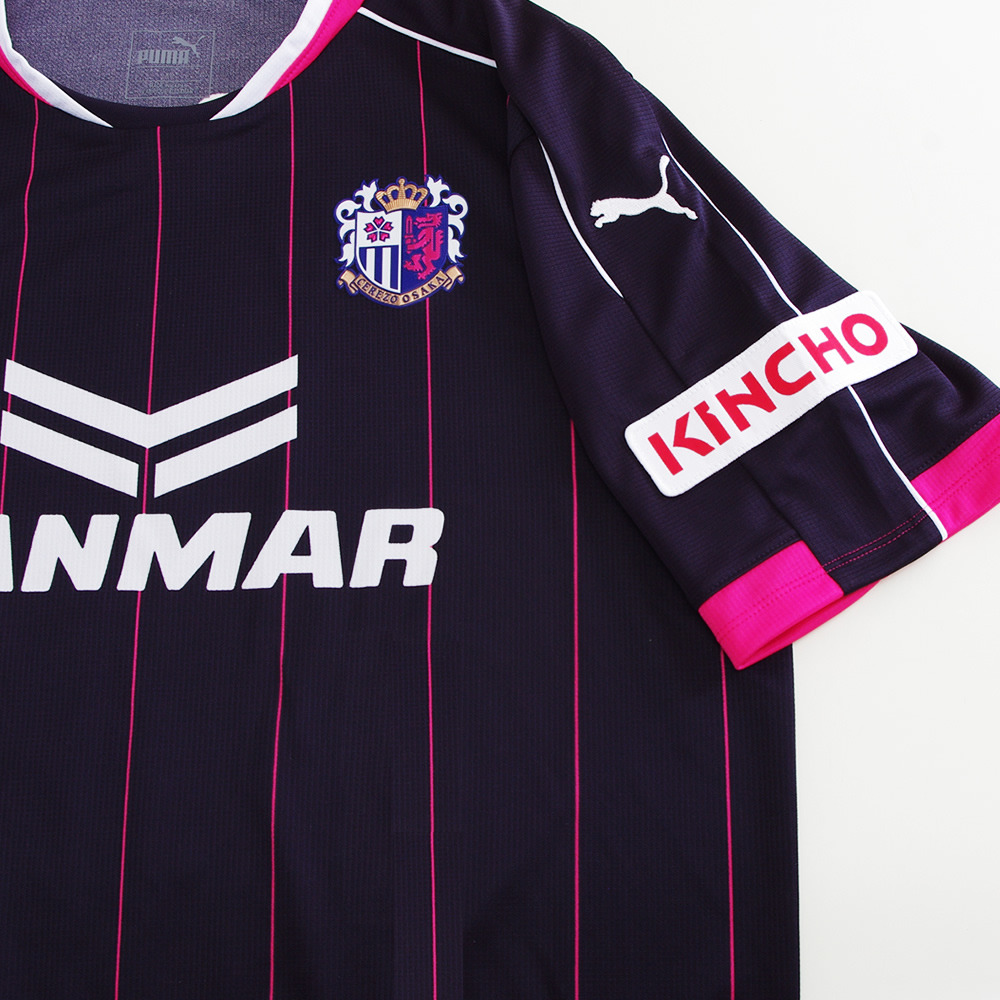 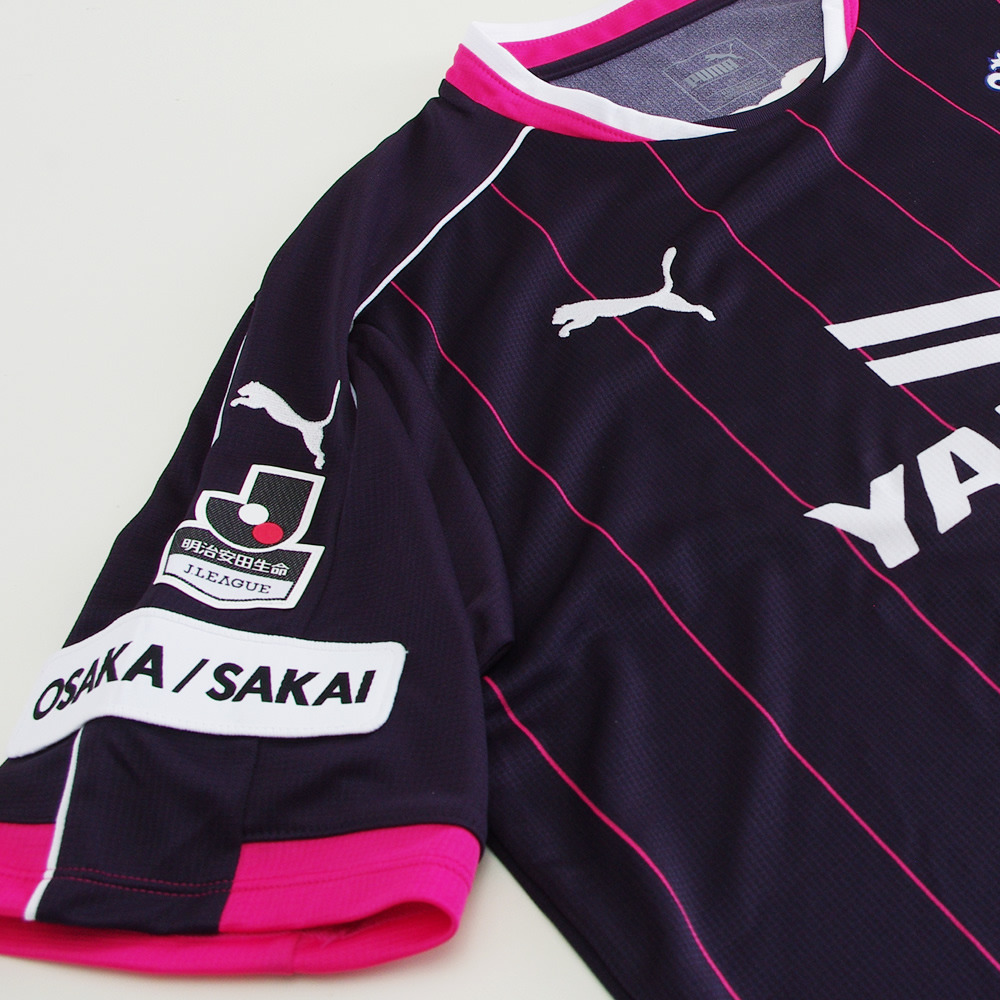 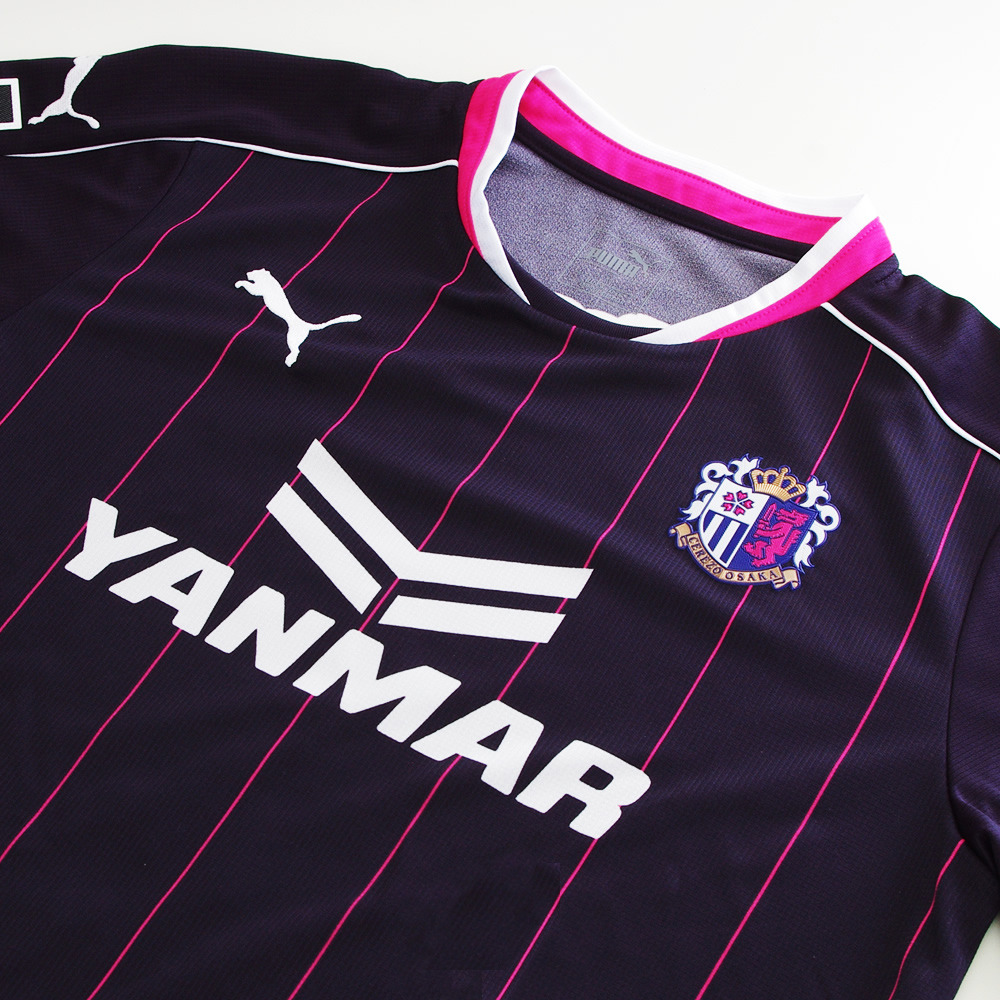 The club crest is reminiscent of the one used by Newcastle United although I am sure the Geordies would be none-too-pleased with the pinstripes in use here. A Magpies top has to be proper stripes and nothing less!