It’s hard to go wrong with Chelsea’s kit. Royal blue shirt, the same for the shorts and white socks. It’s been that way for as long as I can remember and none of their supporters would accept a change to that either.

Last year, it was announced that their ten-year partnership with Adidas had run its course. Nike wooed them, and Chelsea fell for their chat-up lines.

And £60m per year certainly swayed Chelsea’s mind in terminating the deal early. Even with penalties levied by Adidas, they are still in profit this summer to the tune of £20m.

Below are are the first Nike kits which will be produced for next season, according to a Chelsea fan site. 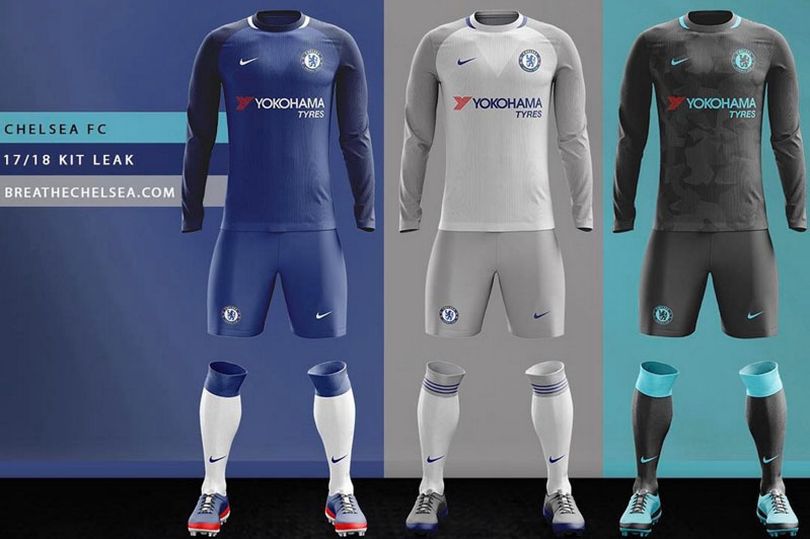 Nike’s effort into the new kits can’t be faulted. I mean, the home kit certainly doesn’t look like a designer has just taken the American company’s current template and coloured it blue. No…

At least they removed the lions which make the current home kit look, in the opinion of a sizeable number of Blues fans, like a pyjama top.

The away kit is white, with grey as the contrasting colour while the third kit is black. Both home and away kit use white socks with blue and grey trim respectively.

With the third kit, the trim is something fancy such as ‘shocking blue’ or ‘electic blue’. Indeed, West Brom used that description for their away kit this year.