Here is the first physical picture of the new Chile 2016 shirt that will be on display at the 2016 Cop America in the United States. 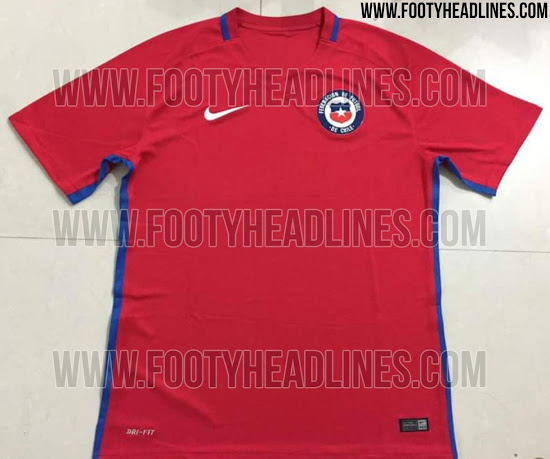 The title holders will defend their crown with this new bold Nike designed shirt who paired up with the Chileans last year.

The bold red of the shirt is complimented well with the blue around the edges of the design. Taking from the template for some of the Euro shirts, the Chile shirt keeps in line with the clean design Nike have supplied the likes of Holland and England with this summer.

Chile won their first major trophy in their history back in 2015 when they hosted the Copa America when they sported a shirt designed by Puma. They will hope they can be just as successful under Nike.

The Chilean federation flag sits on the shirt nicely displaying all the colours of their countries flag.

What do you think?