I remember the furore over the Spiderman link-up Atletico Madrid tried to use on their away shirts in 2004. It was banned by FIFA due to advertising regulations. A design abomination, let no-one tell you it is a ‘classic’. It genuinely isn’t.

Nobody cares if Harrisburg City Islanders ‘Star Wars’ kit is considered a design classic. The Philadelphians wore this one-off with the sole purpose of raising funds for the American Cancer Society. Thankfully, the United Soccer League agreed and the club has commenced the auction of the shirts here.

The club has previous in this respect, having raised funds for breast cancer charities. Are they the US equivalent of Spain’s Rayo Vallecano? 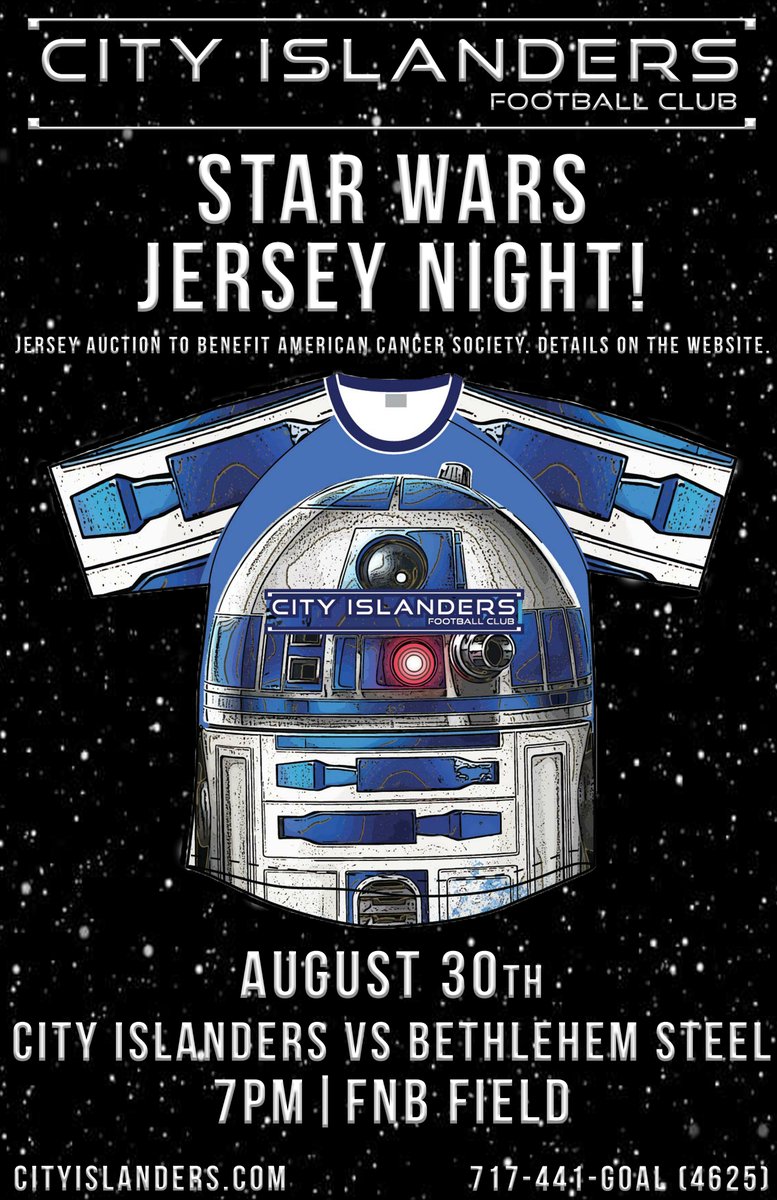 And so they did take to the field in the Star Wars kit. R2-D2 was the lead character, an unexpected choice but one which works well with the kit design. 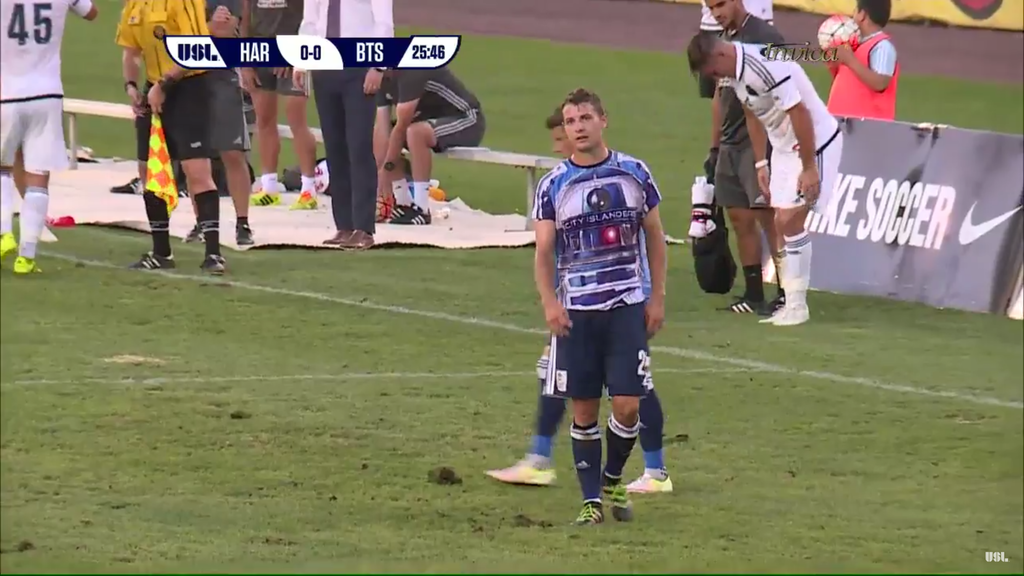 Yes, there was a football match played as well. 1,362 is the number; no, not of films in the Star Wars franchise but the attendance. The match was drawn. Not a Force-Force draw, just 1 – 1. It was a league match so no immediate sequel to this one. 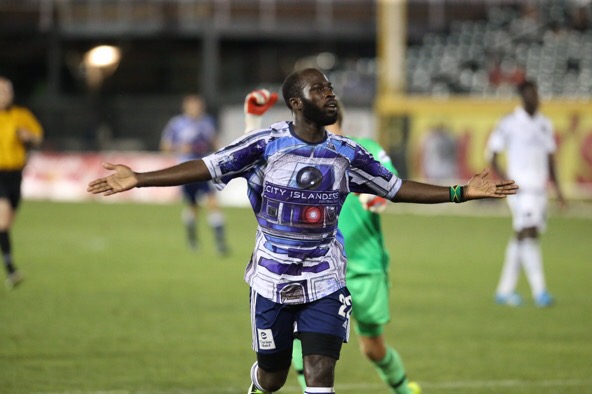 In fact, like the Star Wars films, you’ll have to wait some time for the sequel as the two sides won’t now meet until next season! 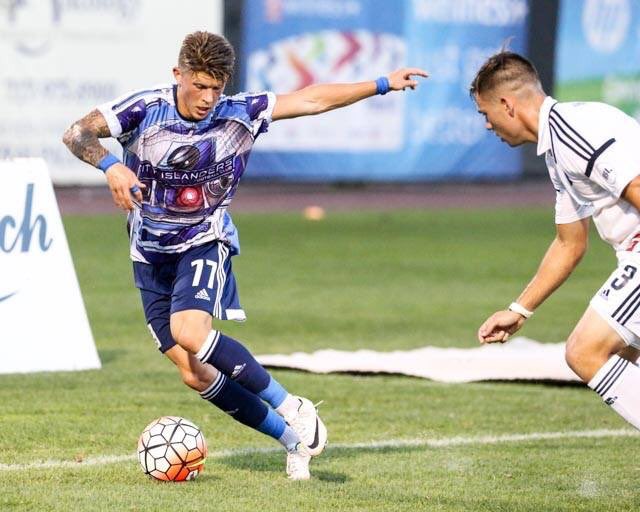