CONCACAF Champions League holders, Club America, have launched their centenary third kit from Nike, having seen pictures of their home kit leaked onto the web. 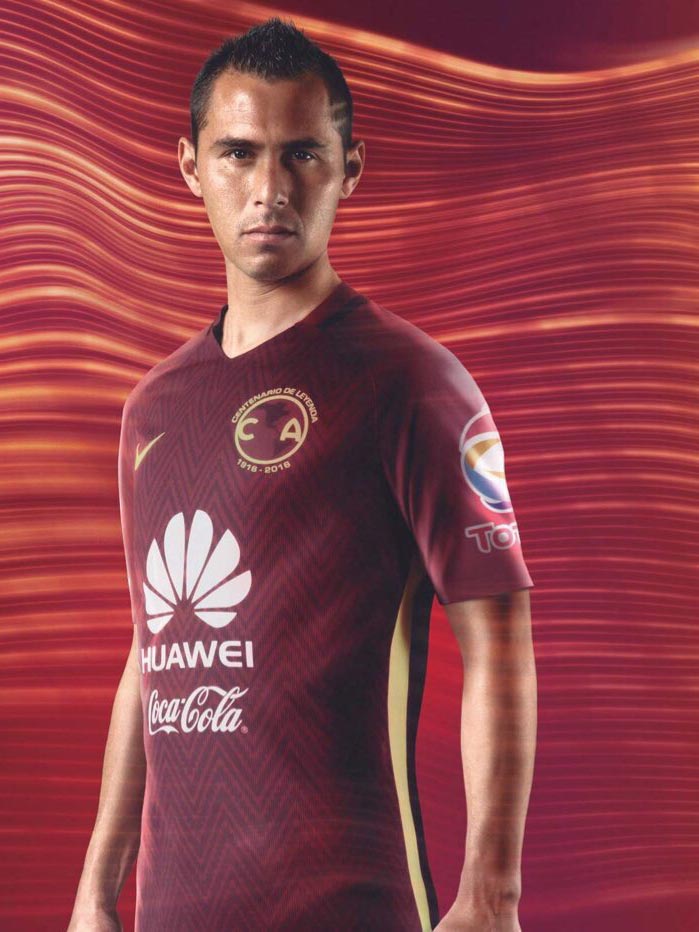 These are the pictures of the leaked Club America 2016/17 home kit. 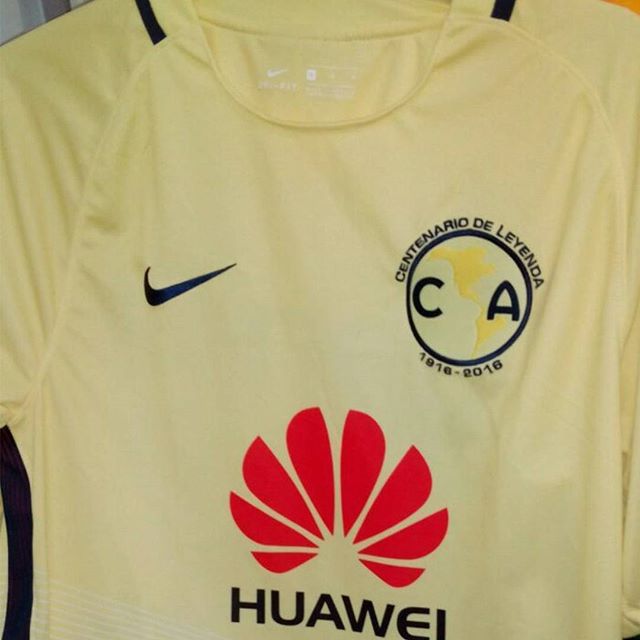 For their home games in the magnificent Estadio Azteca, Club America will wear an homage to their traditional cream colours. Although primarily a pale yellow kit, the bottom of the shirt appears to gradient into cream. The club changed the shirt colour in the 1980s. Set to be launched this weekend, the hue is subtler than previous years.

The collar is highlighted by a thin navy edging. This colour scheme is repeated on side panels on the body of the shirt. 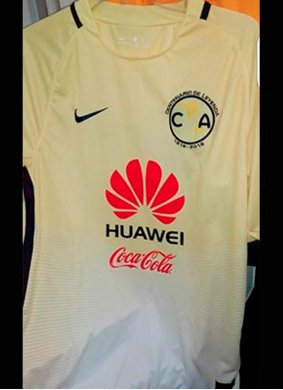 Primary and secondary shirt sponsors, Huawei and Coca Cola, have their logos in red in the midriff but the centrepiece is the anniversary badge. Surrounding the crest is motif, “Centenario de Leyenda” – centenary of the legend.

For their 2016/17 away kit, Club America pay homage to the colours of Torino, their first opponents when the Aztec Stadium opened in 1966. 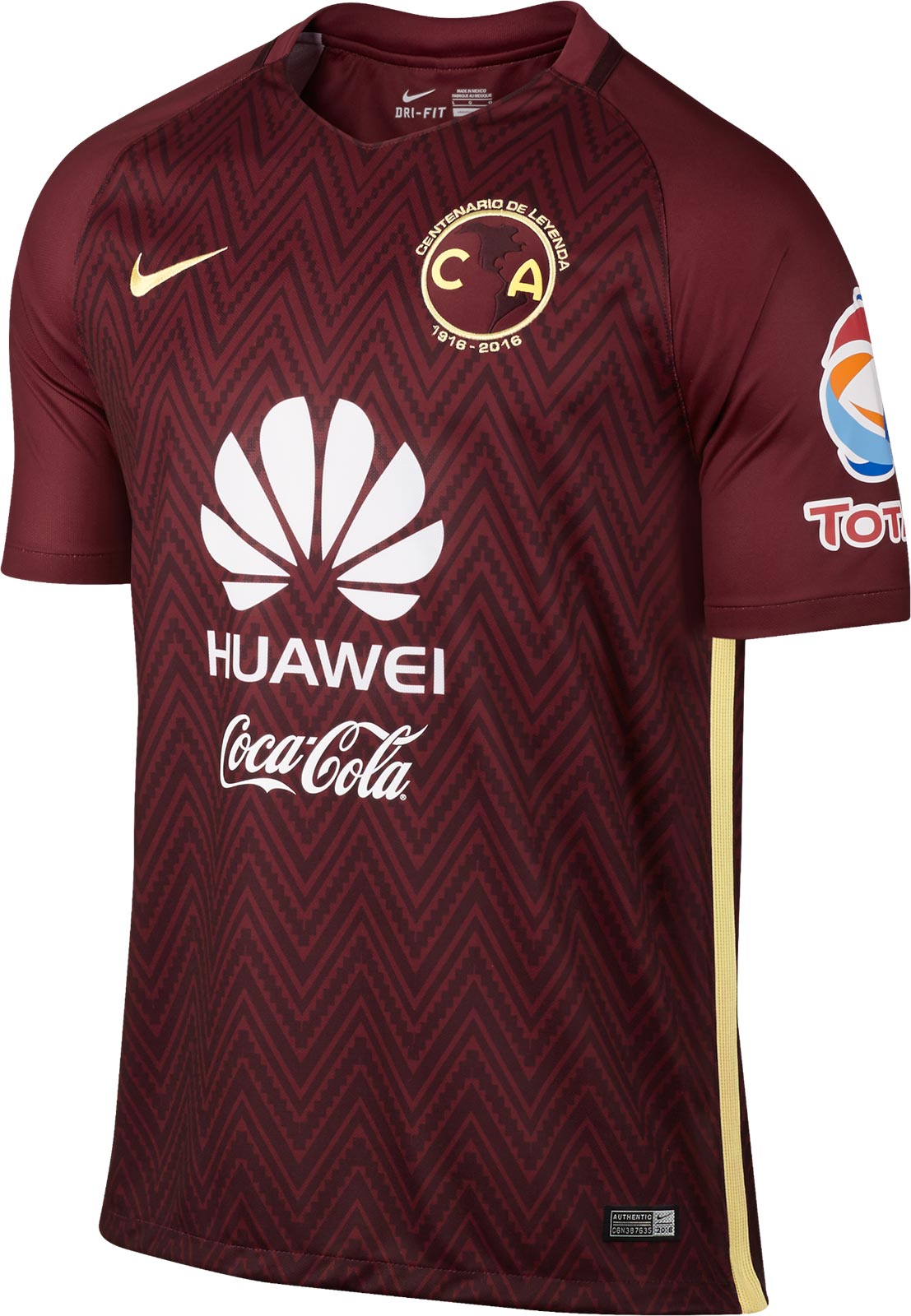 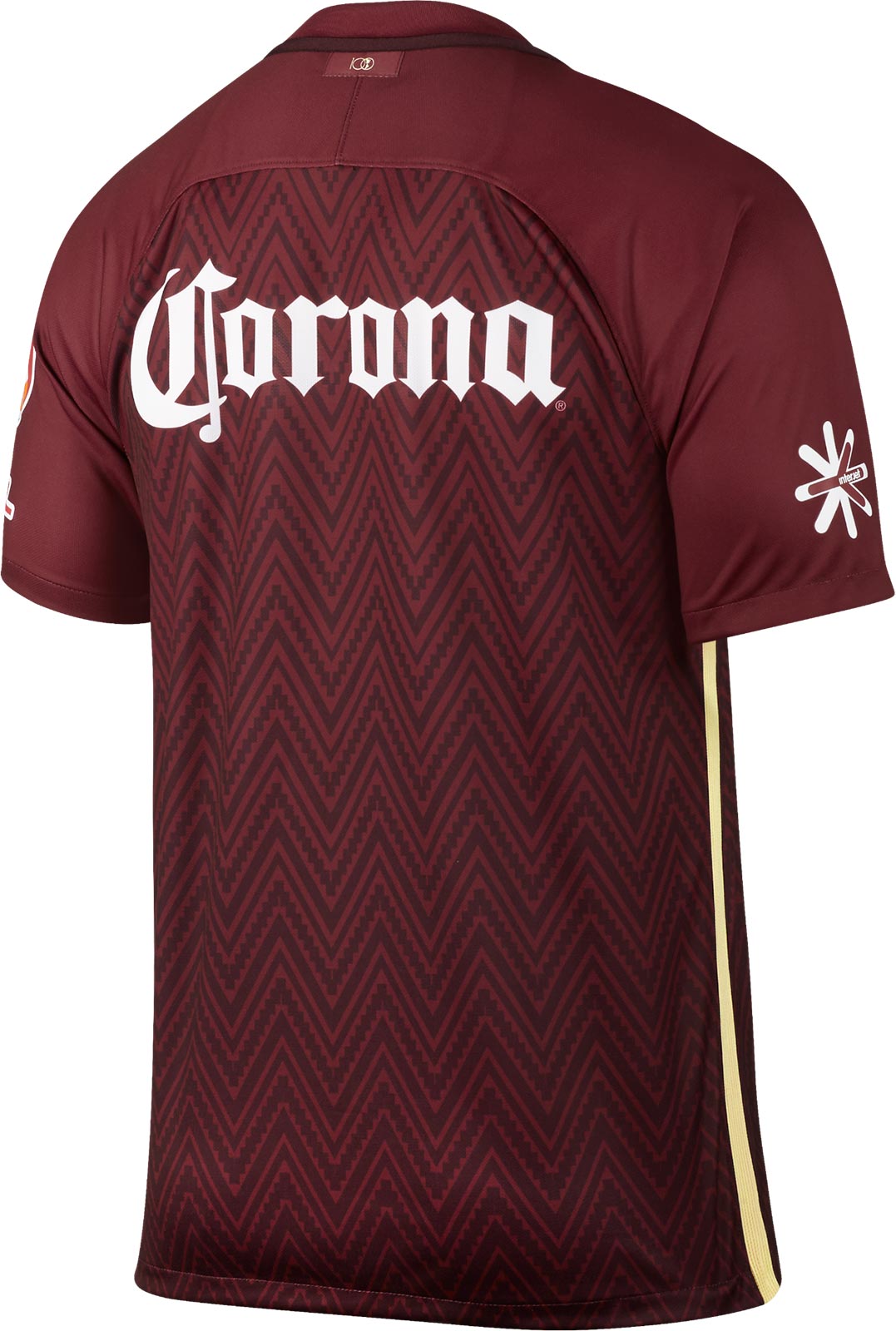 Il Toro have inspired the maroon shirts broken only by side piping in the same pale yellow of the home kit. The body of the shirt features a herring bone pattern in a toned maroon.

The away kit is finished with white shorts and maroon socks. 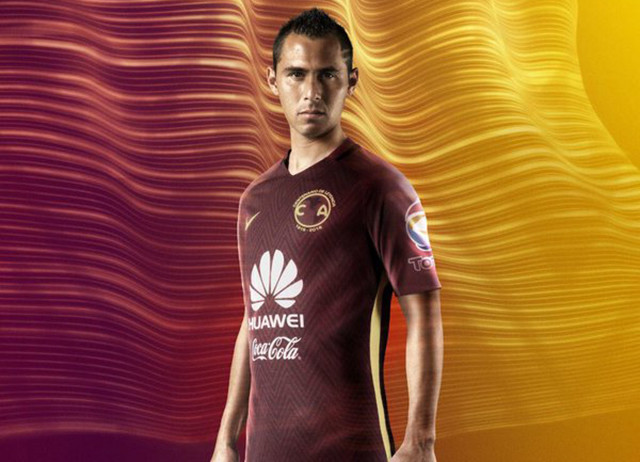 The kits are incredible and a fantastic way to celebrate the club’s centenary.